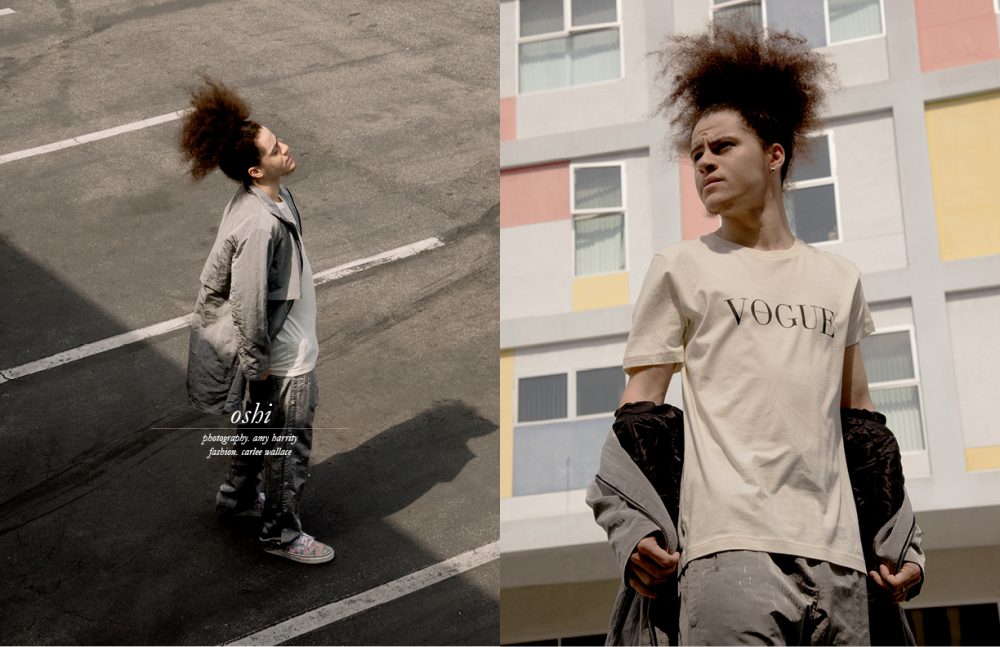 Wise beyond his 19 years, and very much the living and breathing embodiment of his energy-infused music, Oshi moved to LA as a teenager to follow his dreams of becoming a producer and to meet a circle he met online through releasing his music. The youngest person to ever play a Boiler Room Set, Oshi was an adolescent keen to impress his mother – he has a come a long way since then – and made his pastime a career. Oshi has collaborated with Snakehips, Skrillex, and fresh from a performance at Coachella, things seem to be falling into place. After taking a break from his music to take creative time for himself, Oshi is ready to take on the world with his new single, Heal You, featuring Courtney Bennett. The song’s music video pays homage to his love of eighties films, specifically the Back To The Future franchise.

You’re close with your mum (hence the 1974 tattoo you have on your fingers) – can you reflect on what your childhood was like and how it may have influenced your passion for music?

My childhood was an interesting one, I won’t delve too deep into it because I would be here for hours, but I went through a lot stuff and seen a lot of stuff while I was growing up. I had to grow up fast too, moving around a bunch and changing schools was a habit. That kinda thing really leaves an impact on an impressionable kid, especially because it was just me and my mum. So I was left with those experiences and emotions and that makes for really good art as someone who can now express them through my music.

When did you realise you fell in love with music and wanted to create it? 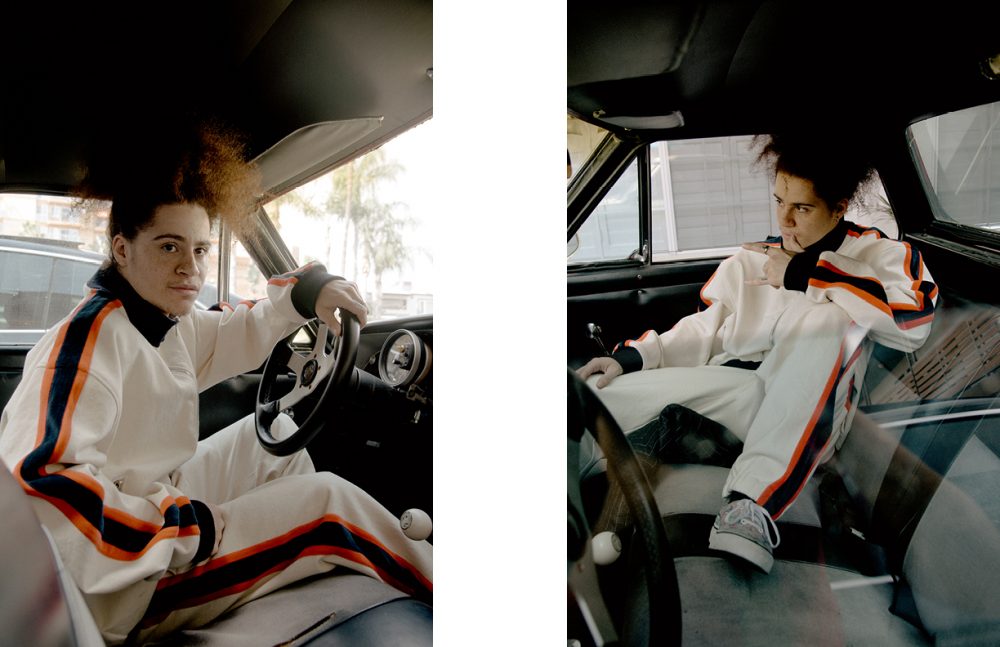 Where did you grow up and what made you decide to move to LA?

I grew up in London. North London to be specific. Honestly my decision to move to LA did not take long AT ALL. I had dropped out of school and had no friends and I made so many online from posting music, and once I realised they were all out in America I knew I had to move.

You’ve said you’ve had to take time away from everything to reconnect with yourself. Can you share anything about what you were going through?

Time away from everything for me right now just means sticking to myself, trying not to go out so much and just working. Because living in LA you experience so much and there’s so many different people with so many different intentions and you can kind of get lost in all of that. LA can convince you that you’re something you’re not and I felt like I lost myself and my drive a bit after I moved here. I still love it here though.

You post a lot of inspirational reflections on social media. How do your fans respond?

They all respond so positively it makes me so happy, I just want to make sure everyone is OK, and letting everyone know they aren’t alone in whatever it is they’re dealing with, whether it’s big or small, because it’s all subjective. You can’t even measure how big or small an issue is in actuality. So I post that stuff to let people know it’s okay and even if it isn’t right now, it will be. 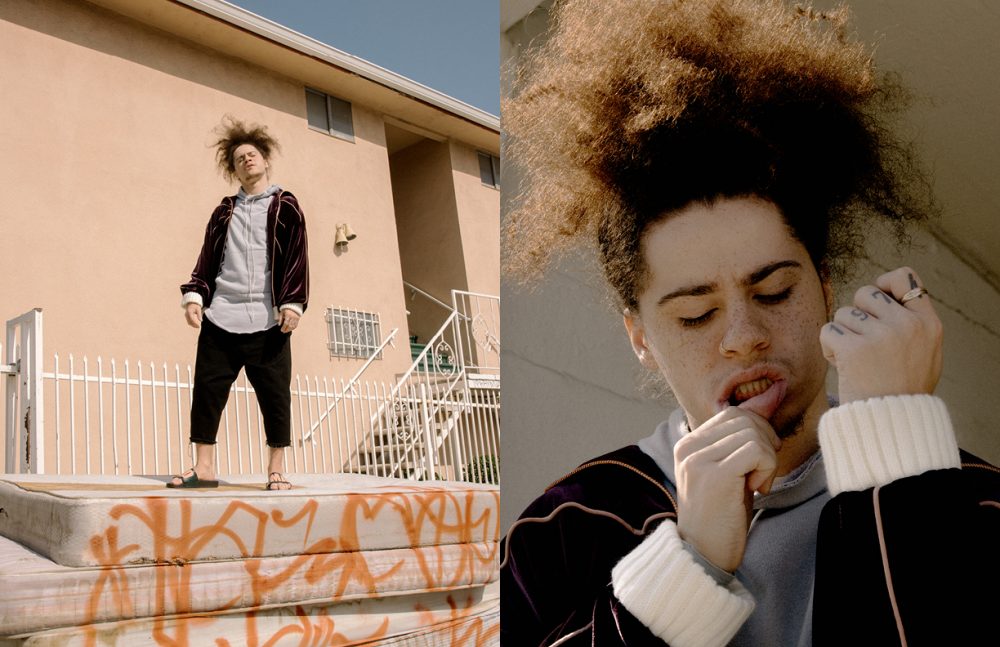 Do you find it important to speak about your specific journey with your fans?

I think it’s more important for me to talk about my journey for myself, I love sharing my human experience because for some people they see me and they think something completely different to the truth, so I speak about it just so people know I’m still human and that if they want they can do anything they want. Because truthfully I came from nothing to here, and this is only the beginning.

You Produce, DJ, and make music with a group of electric and dance acts. How did you get in touch and meet with the likes of Skrillex and Snakehips?

Honestly most of them reached out to me. I was just doing my thing and just so happened to meet these people. LA is crazy.

Whose careers do you look up to, in any industry? Who inspires you?

I only have a few and it’s less looking up to their career more so than it is seeing their grind to get there. I want to be unique in my career moves so I try to stay pretty much exclusive to a few people. But Kanye, xxxTentacion & Mr Carmack are 3.

How did you go from to producing to singing and rapping?

I didn’t think I would ever sing or rap, but I always knew I loved creating things, so when I reach a ceiling I think “how can I push myself?” and singing just so happened to be one of those things. 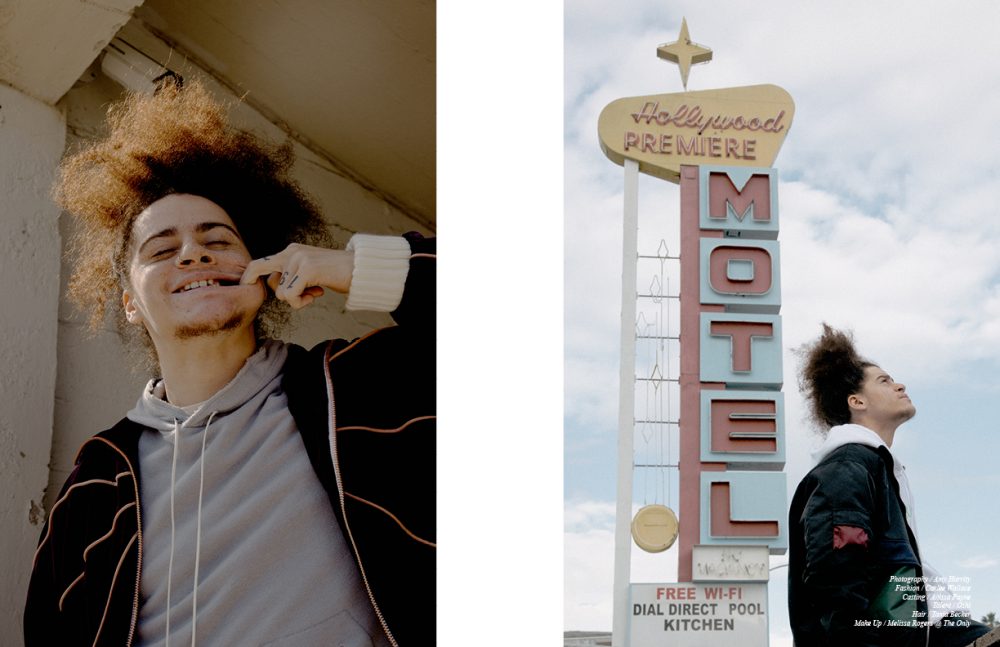 You recently played Coachella, how was it playing at such a major festival?

Coachella was life changing. I honestly only remember bits and pieces of it. I was definitely going super hard. But it was crazy playing it, I’m very thankful. You don’t normally get to do things like that.

Tell us about how your collaboration with BAAUER came about – is this more of a through the wavelength collaboration or do you meet in person as well?

My managers just texted me one day telling me ‪Baauer wanted to get in the studio with me and I was like “fuck yeah”. I wasn’t sure if we would make anything but we did, I realised there’s a certain chemistry when it comes to collaborations and some have it some don’t, it all depends, we just clicked and made a great track.

Is there a full length album or any other collaborations in the pipeline?

Put it this way, I’ve got so much stuff it sometimes makes me palpitate. I’ve got so many ideas and things I want to execute but it takes time, and practice. But you can definitely expect a project soon; just to show people I’m still alive and back on my shit.

Heal You ft. Courtney Bennett is out now and available here.