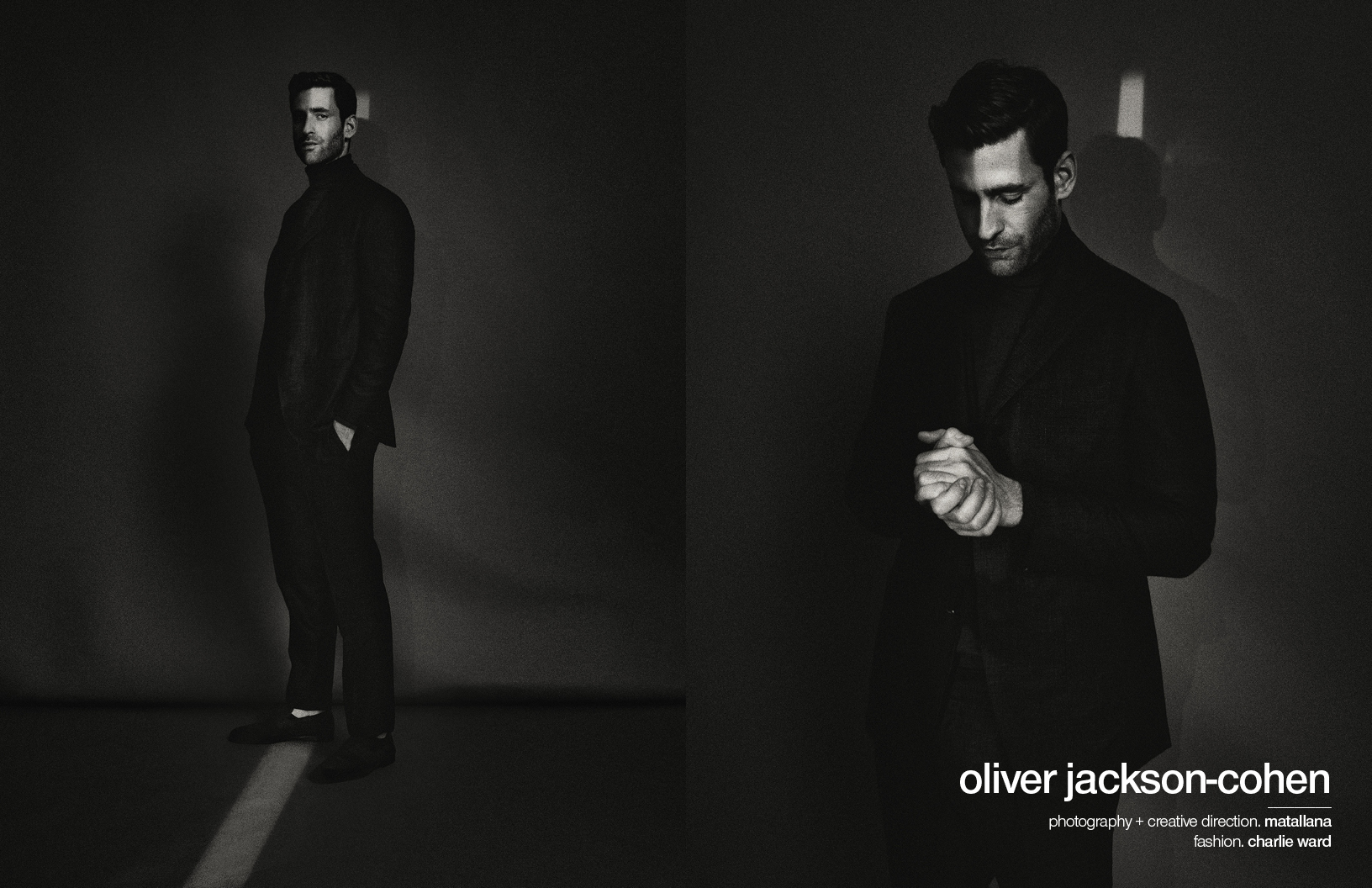 British actor Oliver Jackson-Cohen is unstoppable and at the top of his game, there’s no disputing that. Dare we say that 2022 has been one of his best years, professionally speaking, as the Londoner has become one of the main characters in Apple TV+’s highly anticipated psychological thriller Surface, starred in Amazon’s limited series Wilderness, and in a number of films including Mr. Malcolm’s List and Emily, released next year.

Considering himself to be somewhat selective, it seems that his judgement and instinct have led him in the right direction, as these elements have made him one of the most complete actors in the film industry today. For all these reasons and many more, Oliver Jackson-Cohen is a very interesting profile to be interviewed. 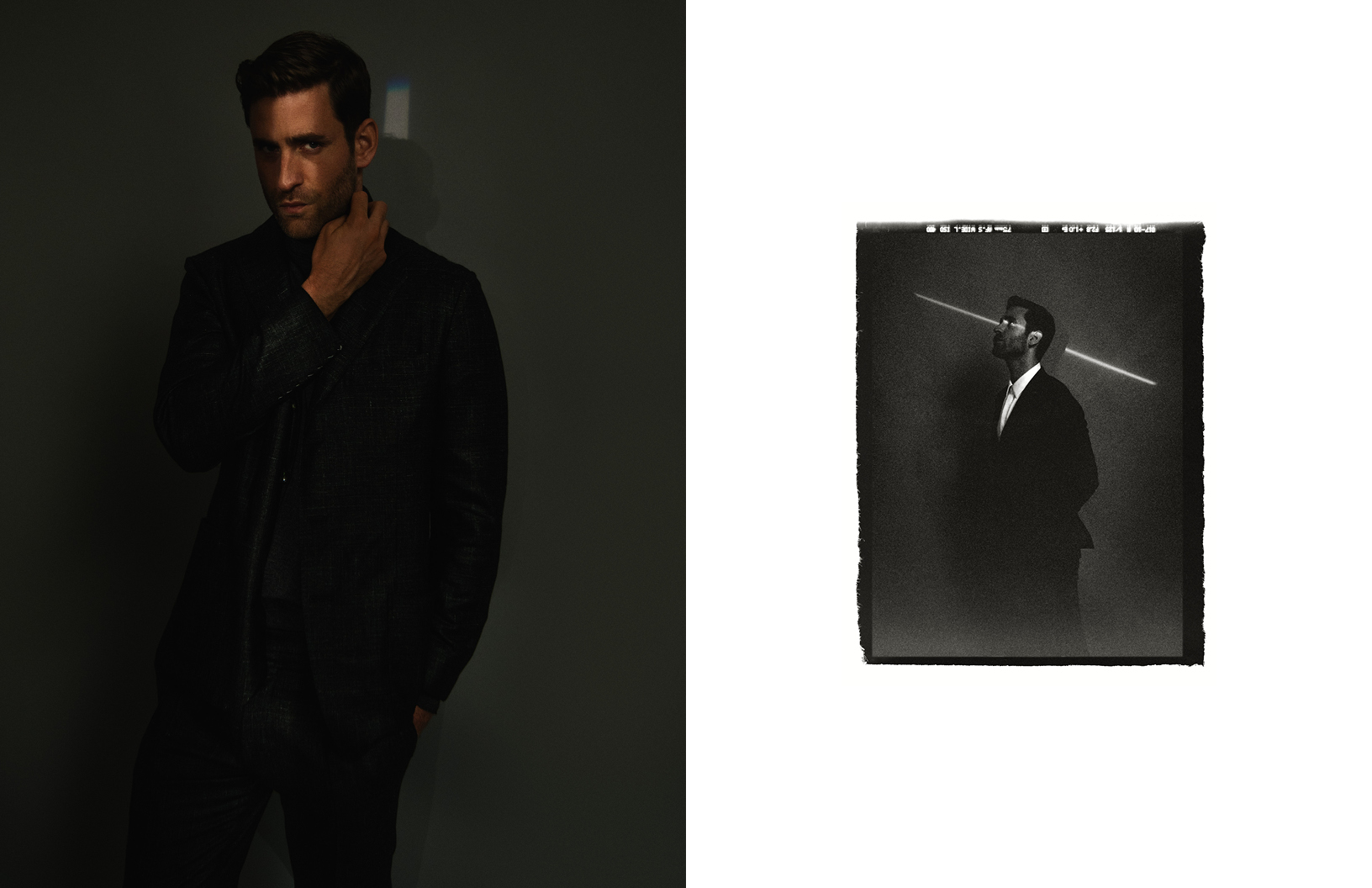 Oliver, you’ve just become one of the main characters in Apple TV+’s highly anticipated psychological thriller, Surface. How was the casting and how did you get the news that you were in?

It was a pretty quick process really. I was in Yorkshire shooting another movie, Emily, and got sent the scripts. Loved them. They asked me to put down a scene on tape for them so did that at 1am one night after wrapping. And then two days later, the offer came through.

What does a project have to have for you to accept it? Did this last one have it?

I think the most important thing for any actor is to feel like they can bring something other than what’s just on the page. I think the interesting part of any character lies in the nuances and complexities of them and James on the page felt like there was such scope to explore those intricacies in a really interesting way.

Your character James Ellis plays an important role in Sophie’s life. What would you highlight about him?

He’s sitting on so many secrets. There’s so much that he can’t say and that he’s holding on to and I think that creates a really interesting tension because you start to look at the cost of that to a human being and how that plays out in his behaviour. He’s presenting as a dutiful, loving husband yet beneath it all its utter carnage. 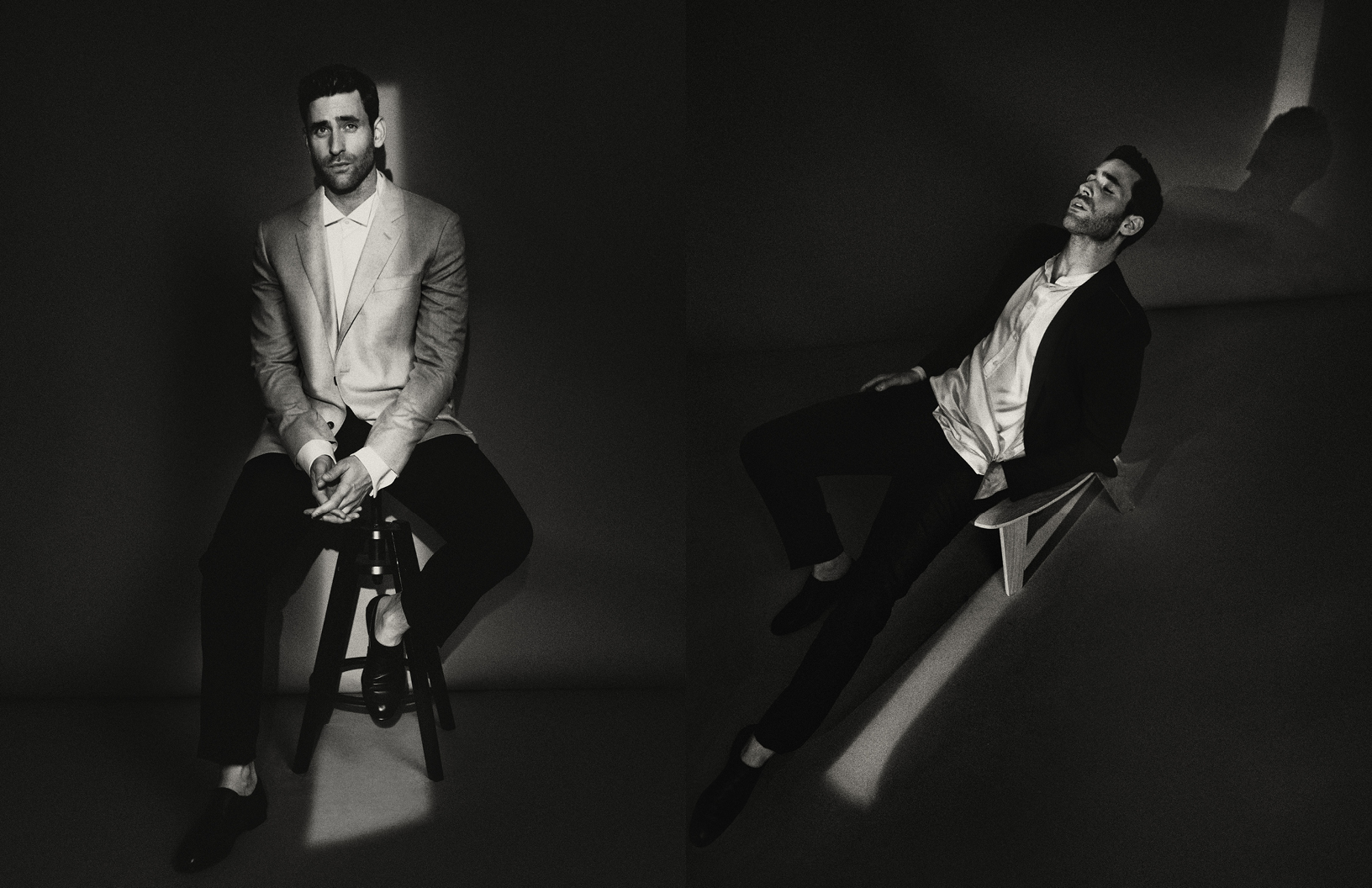 Tell me three words you would use to define the thriller Surface.

Of all the series/films in which you have recently participated, could you tell us which one has given you the most or enriched you professionally and personally?

I think it’s a toss up between The Lost Daughter and The Haunting of Hill House. Both felt incredibly important for me at those particular times in my life. The Haunting of Hill House felt like such a liberating thing to do because I felt like for the first time in my career, I didn’t have to pretend to be anything other than what I was. I could just be myself and be just a vulnerable as I feel most of the time. The show is ultimately dealing with childhood trauma, and so I found the experience incredibly cathartic by being allowed to use all the pain that I feel in my life and placing it somewhere that felt safe. The character of Luke Crain will forever be someone that stays with me.

And then The Lost Daughter came at a time where the whole world was upside down from the pandemic and my dad had just passed away and I got invited along to be a part of this movie with Maggie G, and it was the most life affirming, inspiring, (drunken) love fest. Maggie is a phenomenal actor but is an even more phenomenal director and writer. She does it with such ease and confidence and autonomy. Her approach to directing and the shoot process was awe inspiring. When the movie was locked, she called me and I said, “Are you happy with it?” And she said “I made the movie that I wanted to make. People may love it or feel indifferent, but I made the movie I wanted to make.” It’s a testament to Maggie and her brilliance and I feel so honoured to have been a small part of that.

By the way Oliver, you are unstoppable! I hear you are currently filming the Amazon limited series Wilderness. Anything you can tell us?

[Laughs] It’s a six-part limited series for Amazon and it’ll be out next year. It’s a twisted psychological love story about a husband and wife who go on a road trip across America to save their marriage following his betrayal with another woman. Chaos ensues. We’re shooting all over Canada and the states at the moment and end up finishing out in the Grand Canyon in October. 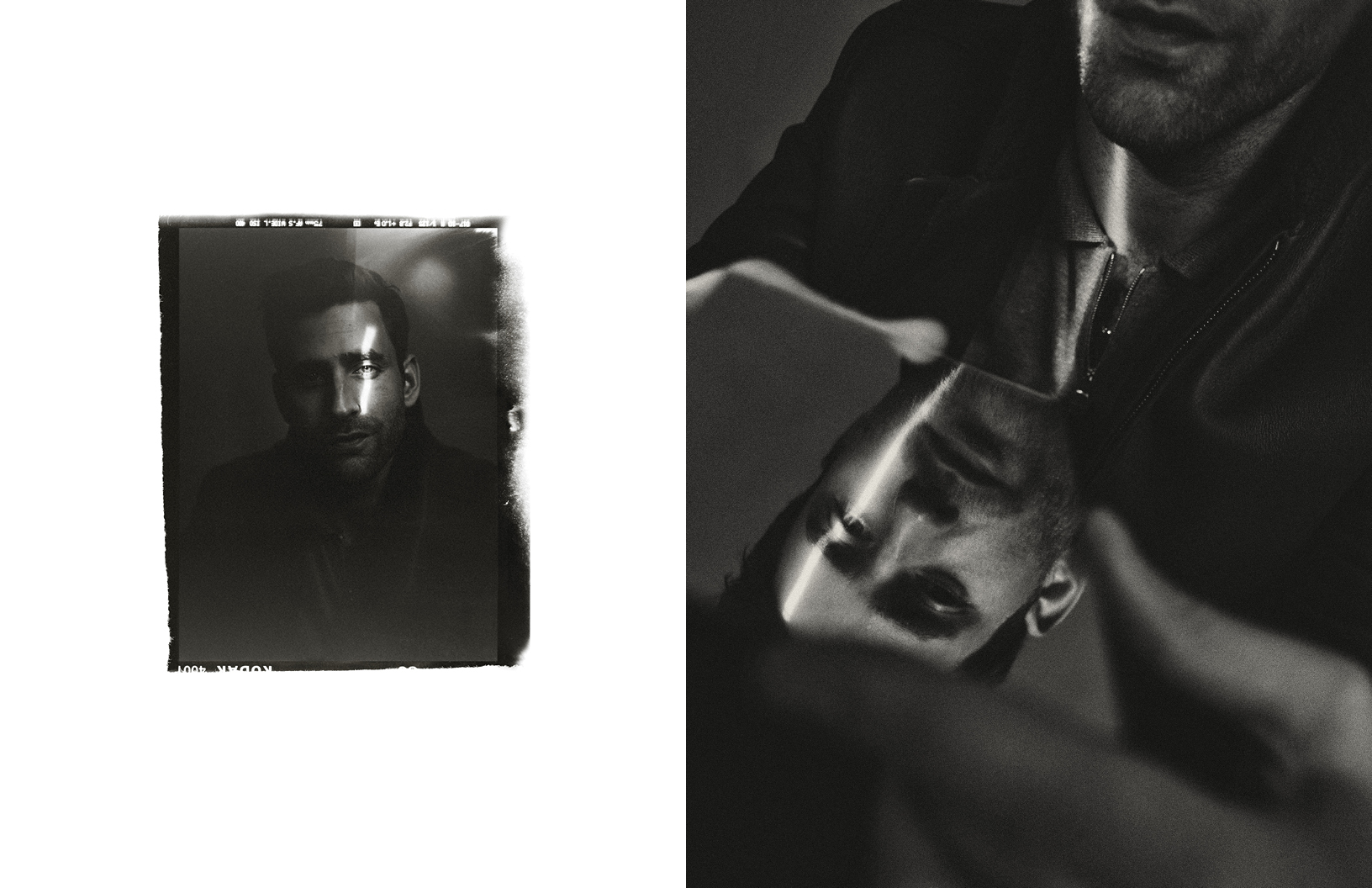 Wilderness takes me up until October and then I have a movie called Emily with Emma Mackey that comes out in October in the UK and then the US early 2023. It’s premiering at Toronto this September, so I’ll be on the press run for that probably for the rest of the year. The movie is all about the life of Emily Bronte and what inspired her to write Wuthering Heights.

Now let’s talk about you. When did you realise that acting was your vocation? If you hadn’t been an actor, you would have been…

[Laughs] I have no idea what I’d do instead! I discovered acting when I was a kid and became obsessed with it. The idea that you can hide away or tell stories just sort of stuck. It seems to be the one thing that creatively I get really excited by.

How do you manage to combine so many characters and not end up saturated?

I think you have to take time out at times, and you have to be really honest with yourself about that. I know that if I’m not fully engaged in something, then it’s better that I don’t do it. I feel like I’m quite selective though and try to put all the work into something that I believe in from the start. Otherwise, you’re just burning yourself out for no reason. 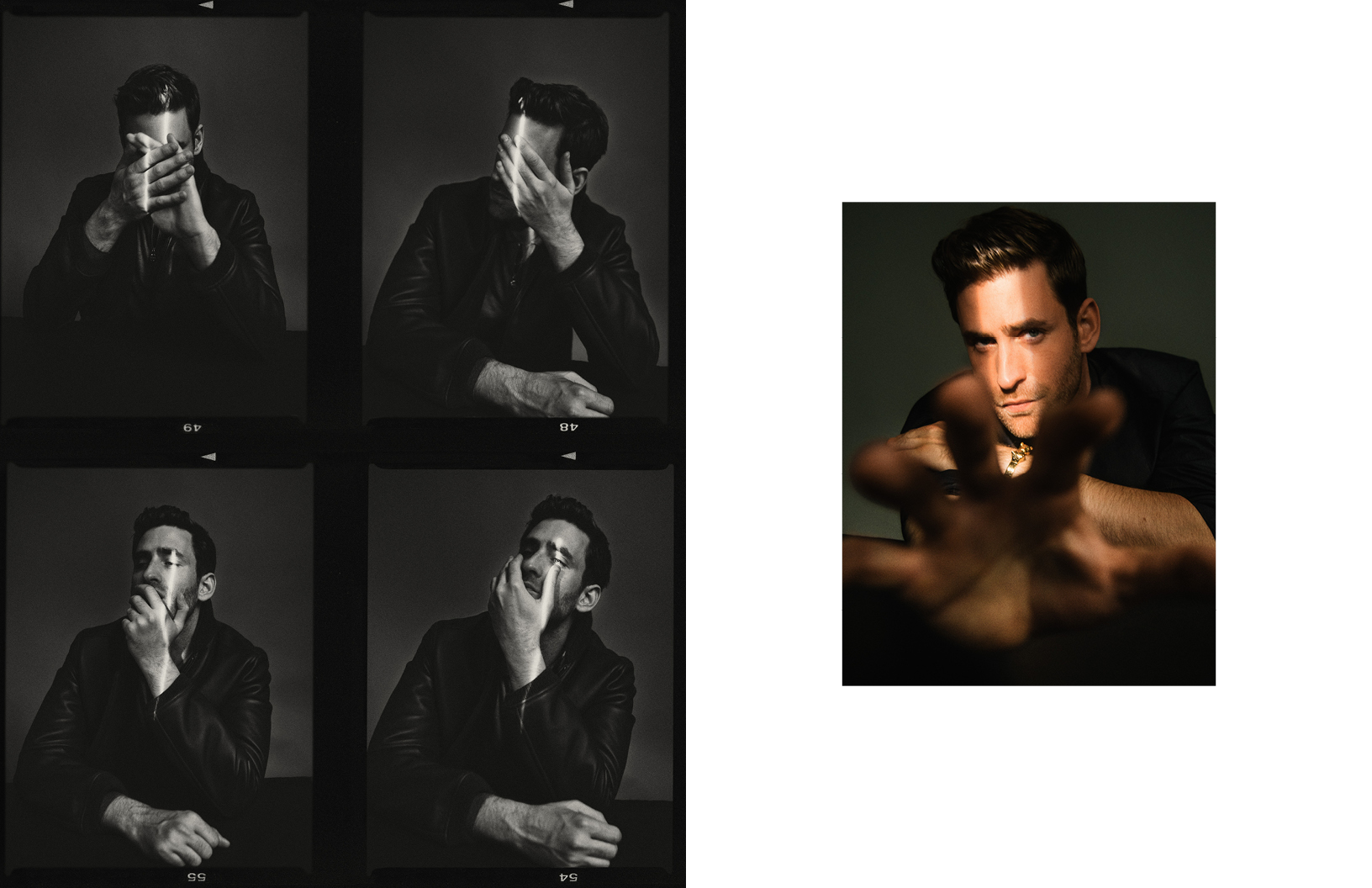 Would you take a sabbatical year?

Years ago, I had a moment where I realised I was doing work that I didn’t necessarily feel proud of. I felt like I was following what I was being told to do. What I was expected to do, and it took me down a path where I woke up and felt so embarrassed by the work because I didn’t feel it was a reflection of me and what I wanted to be doing with my life. I waited and passed on most things until the The Haunting Of Hill House came along and that turned out to be the thing I’d been hoping and wanting to do for so long.

If you want to disconnect 100% from work, what do you do? Have you been able to do it this summer?

Nope but when I get a break, I plan to do this: Get drunk. Go to sleep. Repeat.

Could you tell us about any of your hobbies? Difficult question: are you more into films or series? Any recommendations?

I think both can be incredible but I’m not a huge TV watcher and especially when I’m filming. The list of shows I have written down to watch is astronomically long. In terms of shows I’ve watched, I loved I May Destroy You. Michaela Coel is a complete genius. Euphoria is chef’s kiss. I just saw Everything Everywhere All At Once at the movies and it was fucking amazing.

It’s a wild ride into someone’s life who wakes up and can’t trust anything around her. As an audience member you get to piece together what’s happened to her in her life, who is telling the truth and who’s not to be trusted. And just when you think you’ve got the lay of the land, the landscape shifts again. It takes you on a wild ride and there are twists and turns at every corner. 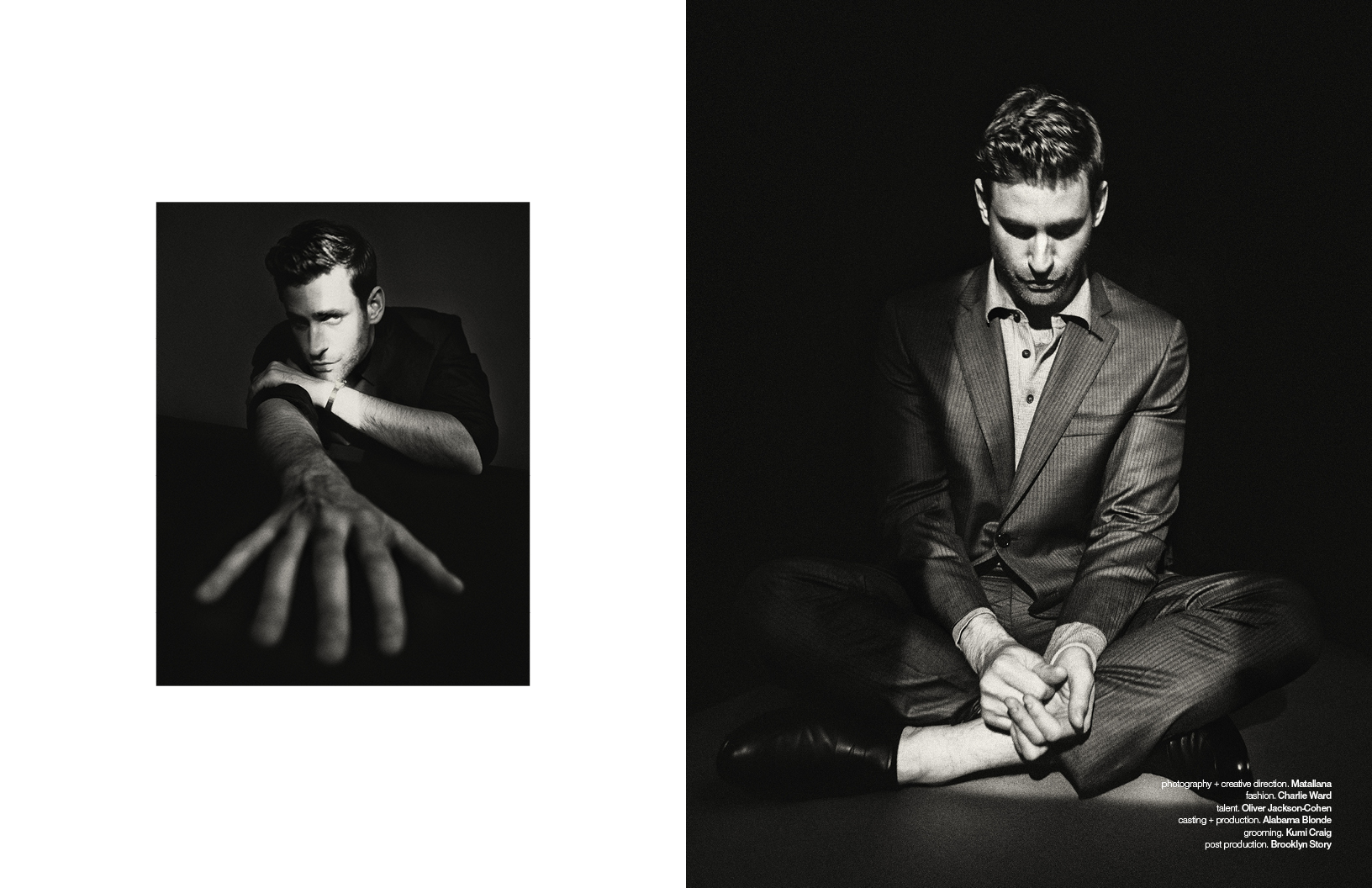