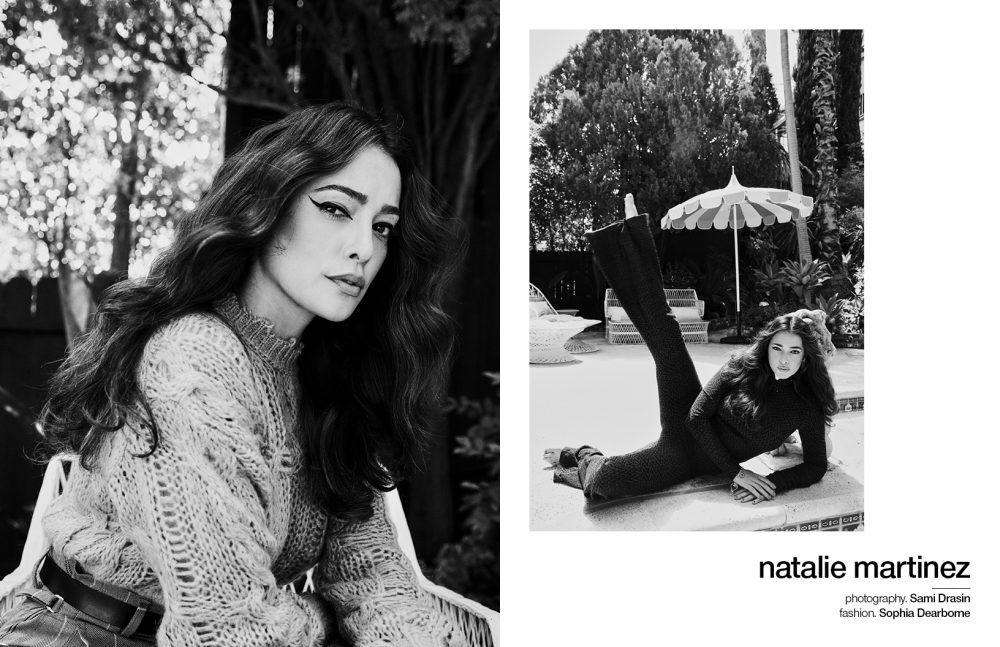 Whether it’s stepping out on stage as one-half of Goldsnatch or taking on a role for the small screen, Natalie Martinez isn’t afraid of a challenge. That’s why today she balances an established acting career with a bourgeoning music project alongside her best friend and music confidante, Naz Tokio.

While plenty of friends contemplate the idea of becoming the next pop sensation, few take the plunge. Martinez and Grammy-nominated singer-songwriter, Tokio, are set to buck the trend with Goldsnatch. An organic project between two best friends, the pair has a refreshing take on the classic pop duo. “We were just two best friends who wanted to play around and make some music together. One day we finally decided to go ahead and record a song.” This energy certainly shows in their latest song, “Mannequin.” “The same energy that we had when we were together just playing around came out in the studio. I hope when people listen to our music they can hear that we’re having fun,” Martinez explains.

With more songs ready to go, the girls just want to have fun; and make people have a good time at the same time. “There’s so much going on in the world, it’s just nice to have something to help you escape. The songs we’re making are fun dance records that you want to hear at a party. We’re enjoying making the music — we want people to enjoy listening to it too!”

This desire to bring a moment of escapism amidst a bleak news cycle can even be found in their stage moniker, Goldsnatch — an inside joke between friends. It also shows in their attitude towards other artists. “I think every artist brings something different,” Martinez muses. “For us, we’re two women creating music that’s very in the moment. Us being Goldsnatch is what makes us different – we’re bringing our own energy and creativity. It’s not about competition.” 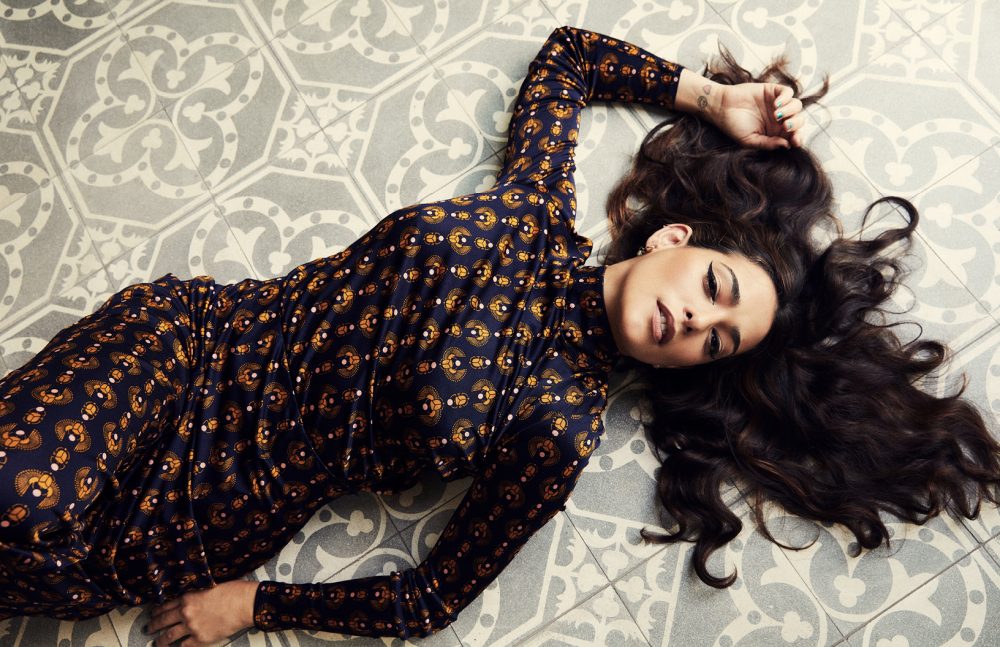 The strong bond between Martinez and Tokio has been fundamental to the duo’s success. “The good thing is that we’re best friends who have very similar tastes – it’s like we have the same brain sometimes. We tend to like the same things, so when we hear different beats we just feed off each other. There’s definitely a unity so it’s completely fifty-fifty between us. We have the same humour, the same personality – we’re two balls of energy so when we come together who knows what can happen.”

Together, they’re on a mission to redefine what it means to be a girl group in an industry still very much skewed to favour men. “There’s no ego, we’re two women who support each other wholeheartedly,” Martinez explains. “That’s what makes it such a great partnership. I hope we show that if you want to do something you just need to go out and do it. The music industry tends to pit women against one another. So with us, I hope people see that women can work together and make great things happen.”

While working with a best friend has the potential to jeopardise a friendship, communication and compromise have fostered the group’s success. “We talk about things a lot – if there’s something that Naz likes that I don’t fully get she helps me to understand it. We both work together to come to a common agreement. If she asks me to trust her on something, I do – it goes both ways.”

With a growing fan base, Goldsnatch also has music mogul, Pitbull’s seal of approval. Impressed by Martinez and Tokio’s infectious energy, Pitbull signed the duo to his own label, Mr. 305 Records, and has been a supportive mentor ever since. “He’s helped out all the way, he listens to the songs and tells us what we need to work on and how we can make them better.” 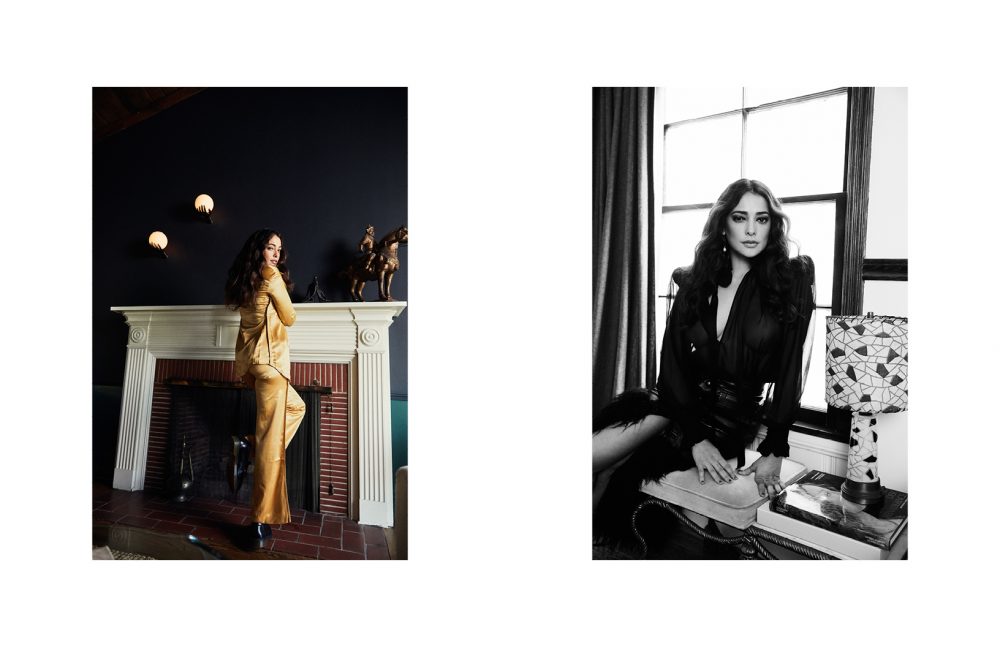 Drawing inspiration from all aspects of life, Martinez taps into her acting prowess while working on songs. “When I’m singing I embody a character and adopt a certain attitude. I think of a story and really try to get into character to help get certain vocals out. I feel like acting and singing often go hand in hand – you’re really just telling a story.”

But Martinez certainly isn’t turning her back on acting. Recent roles in Netflix’s latest sci-fi thriller, The I-Land, and a surprise appearance in one of 2019’s best kept secrets, Jurassic Park’s short film, Battle at Big Rock, prove acting is still very much on the cards.

For her role as Chase in The I-Land, it was the running theme of nature-nurture that caught her imagination. “When ten people wake up on an island with no recollection of who they are it opens up the question — are you a product of nature or nurture?” Martinez recounts. “The show really makes you think — would you still act the same if you have no memory of your previous experiences?”

Netflix might have launched her internationally but her appearance in the much-applauded Battle at Big Rock sparked a childhood dream. “It was a real win-win situation for me,” she explains. “It was such a fun story to be a part of – it felt like I was on a Universal ride.” And while many ardent fans would have struggled to keep the project under wraps, Martinez found it surprisingly simple. “They made it very easy for us to keep it a secret – no one knew anything about it!”

Martinez is at an exciting point in her career. While many performers would be overwhelmed by the prospect of juggling a flourishing music career with an established résumé of acting roles, Martinez is taking it all in stride. “Life has a way of balancing itself out. I’m just going to continue doing what I love.” 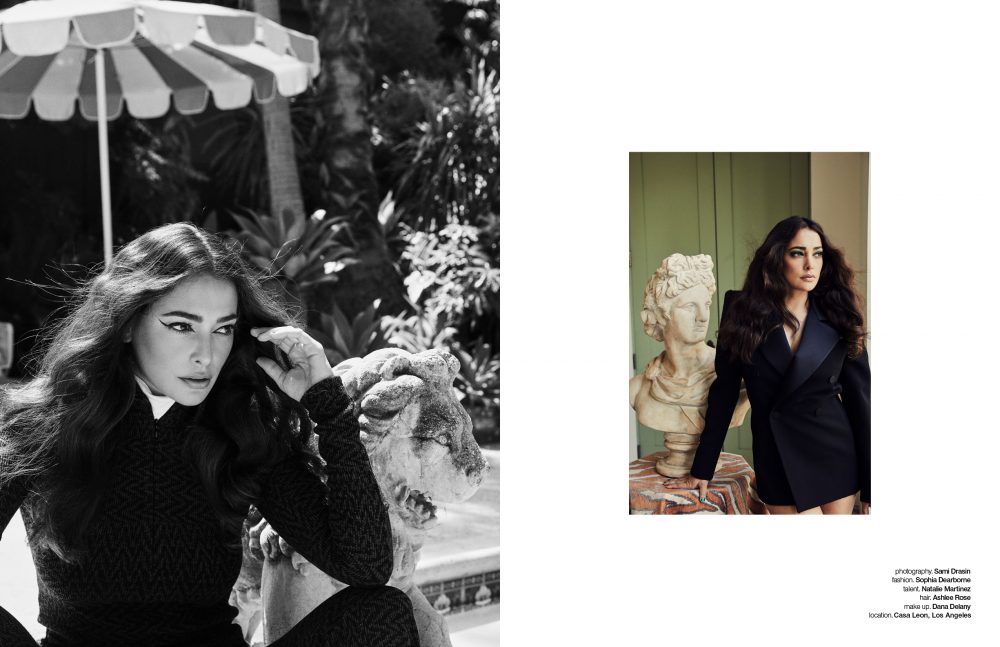 “The I-Land” is now streaming on Netflix. Listen to Goldsnatch’s “Mannequin” here.