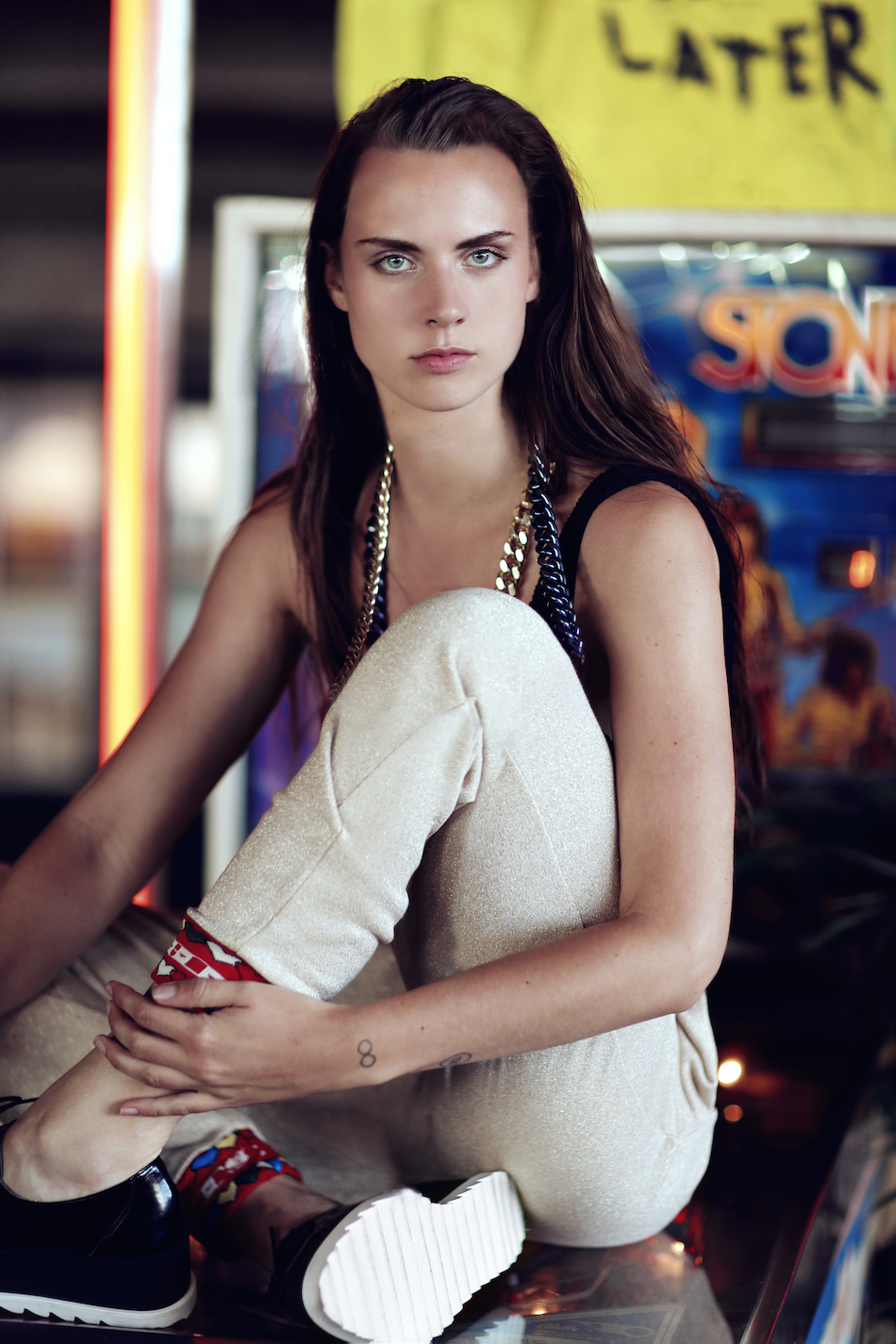 With a Garfield crop top, a messy bun and a smile on her face, Karen Marie Ørsted goes unnoticed in the streets of Paris. Yet, the 25 year-old Danish singer, most commonly known as MØ, can be proud of her achievements. Her music videos (Pilgrim, Waste of Time, Glass, XXX 88…) have each been seen over a million times on YouTube and her debut album (No Mythologies to Follow) has already crossed the Atlantic as she toured the United States. Often compared to Grimes, she is one of the new “creature” of electro pop music to watch, describing herself as a “post-teen monster” in her latest single “Walk this way”. And even though she only shares the catchiness of her songs with her first ever music crush, the Spice Girls, we can only wish her the same success as she works on her second album.

In 2012, you were singing “Maiden”, which is the translation of “MØ”: why did you pick this name?

I chose this name back in 2009 before I met my producer; and I chose it because “maiden” is the idea of a pure and unspoiled girl. A lot of my songs are about growing up and entering puberty and all this confusion. This is the time of your life where you try all these new things. But you always want to retain the purity inside you, in a way. So I chose this name because I thought it was ironic: I’ve been young, lost and confused, like so many others. And I thought it was beautiful to have that child image.

You compose all your songs and write your own lyrics as well: where does your passion for music come from?

It’s funny because it started when I was only seven: I fell in love with the Spice Girls! A lot of people are weirded out about this, but I’m serious: it was the first time that some music was really appealing to me. So I wanted to be that they were, I wanted to do what they did.

And yet, your music is very different…

My music is totally different but the pop is still there. When I became a teenager, I got into punk, I only listened to punk and grunge: it was very radical. But I still had the love for the catchiness and a lot of punk songs have that too. That’s the reason why I started playing music; there’s no one in my family who does music. When I was seven, I started writing songs and then I realized it was the way I wanted to express myself and I became addicted to it.

How could you not? Your videos have been seen over a million times on YouTube, you’ve toured the US…all this success must be amazing!

Yes, it feels very good. But I guess, because of the human mind, you don’t want to be too happy about it. You’re always thinking “what’s next”, striving for success and shooting for the stars. I’m really happy but I keep in mind that I have to work on the next thing and I have to get better.

Was the American crowd different from the ones you were used to?

Well, yeah…a bit! In America, they have – and I say that in a very good way – they have this naive approach to music. They’re like “Wow, this is exciting, let’s cheer for it”, which is nice.

Europeans tend to think more about what they’re listening to and wonder “what is this exactly?”.

Do you sometimes need to leave all this excitement and go back to your hometown?

Yeah, I do! I need it right now, for instance, because we’ve been on the road for so long… I need to go back to my parents’ house and lie down on the couch.

Do you still write your songs in that little room you showed in the video called “Home Town”?

Well, I write all over the world. That room, you’re talking about, is where I record all my vocals. 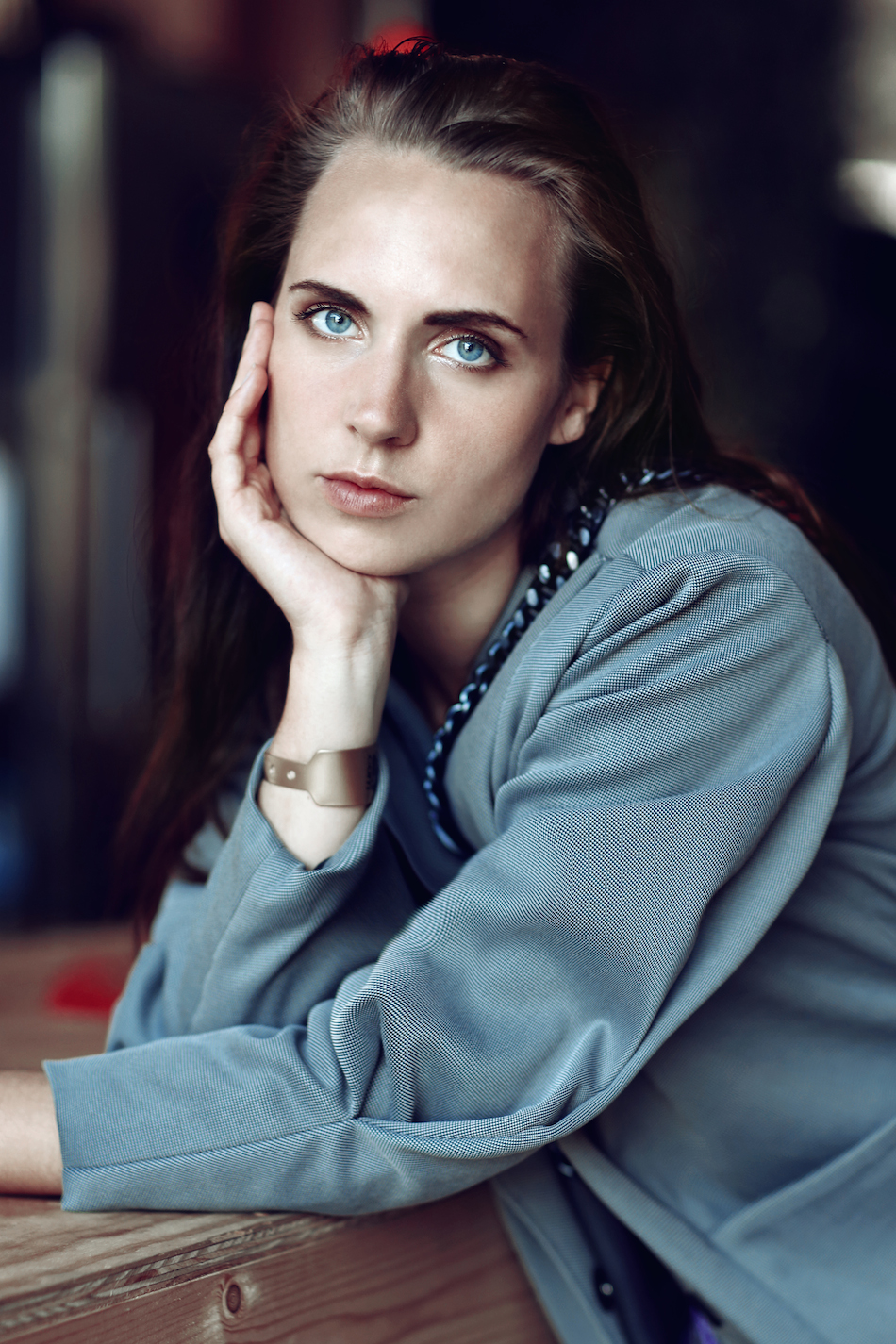 You have a great sense of style, inspired by the 90’s and sportswear: do you have any fashion icon?

Yes, my biggest fashion icon is Kim Gordon from the Sonic Youth: she’s very grunge. She has that “I don’t care” coolness, and the sexiness within the tomboyish attitude. I love that! I love combining sportswear to punk or grunge: something natural but in a baddass way. And I guess the 90’s have this vibe.

Where do you find your clothes?

They’re mostly vintage. Or basics, from Topshop for instance. And then of course sometimes you get something from a big brand and it’s very cool, but vintage is definitely my way to go.

If you could collaborate with one person, who would it be?

I would really love to try and work with Jamie xx or Blood Orange, but also Nick Zinner from the Yeah Yeah Yeahs.

Are there any artists you look up to?

Well, yeah… I look up to Grimes a lot. I get so happy when people compare me to her. But also FKA Twigs, she’s so awesome! And also Kim Gordon, Karen O. from the Yeah Yeah Yeahs… and Beyoncé, too! (laughs)

What’s on your iPod?

Well… I don’t have an iPod. And I don’t have any song on my iPhone either. I never really listen to music unless I’m out. Because I get too confused if I listen to too much music. So I don’t walk around listening to music.

How would you define your own music?

I would say it’s indie pop, electro pop with vibes from hip hop and soul. Something like that.

Do you have any plans for the summer?

What’s your best memory in your career so far?

Wow! That’s when I met Sporty Spice (aka Melanie Chisholm) at this Danish reward show. I was so lucky that I won the “hit” award. And they had her flown there to hand me the prize. I couldn’t believe it! She was my favorite Spice Girl back in the days! It was fucked up…

I think it’s the one called “Pilgrim”. That’s a song that really means a lot to me because that was the first one that really opened some doors. And I also like it because it’s really minimalistic in the production, in the melodies… It has a very simple message which is basically about wanting to escape this crazy modern society and go somewhere where you can hear your own thoughts and find yourself; which is something we really need nowadays because we’re surrounded with all this useless information all the time, all the commercials and social media…

Your last single is called “Walk This Way” so in what way will you be walking now? What’s the next step?

This Schön! Online Exclusive & interview has been produced by