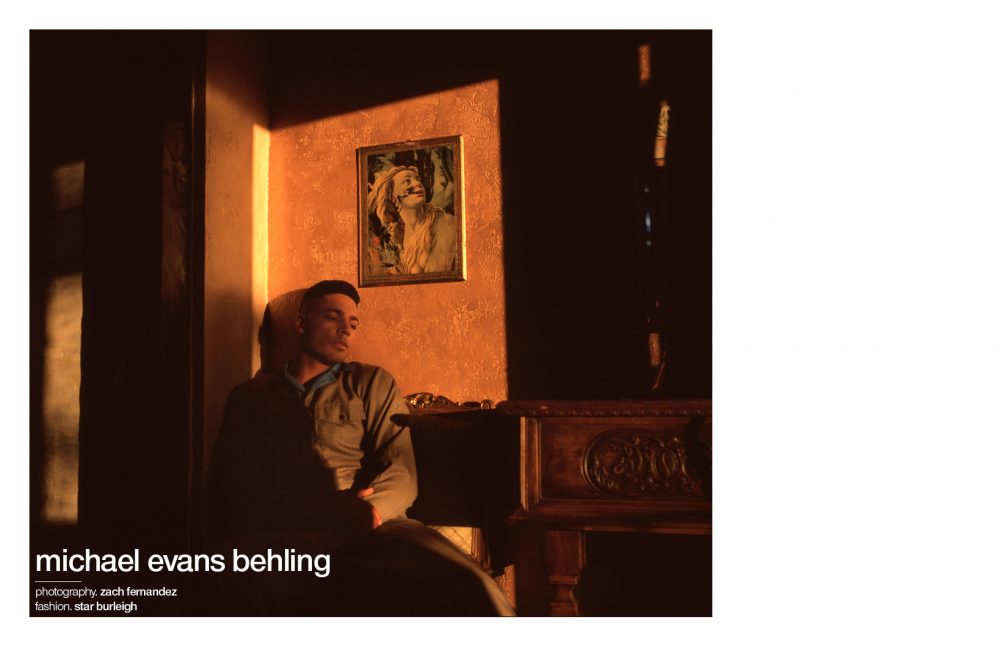 Two years have passed since Michael Evans Behling featured in FOX’s vastly acclaimed, drama series Empire as a guest star. Ever since then, he has undeniably made himself a name in the TV drama realm — appearing as Brady in Grey’s Anatomy and starring as Beverly Hill High’s star quarterback Jordan Baker in All American, which currently airs on The CW.

Whether you are a football lover or a drama enthusiast, All American should definitely be on your watch-list. Inspired by the true-life story of NFL Superbowl Champion Spencer Paysinger, the series not only follows young, high school phenom, Spencer James, but it also documents the wins, losses, and struggles of two families. One of those families is Baker’s, whose home James shares after he transfers from Crenshaw to Beverly High. As James enters into the life of Baker, we see the complexity of Behling’s character, as he faces issues to do with fatherly acceptance and his identity as a mixed man. After the series mid-season finale this month, Schön! caught up with Michael Evans Behling to discuss the second season of All American, how he first got into acting, his inspirations and what the future holds for him.

I initially entered acting through modelling. I started modelling in college and eventually, my team at the time encouraged me to audition for projects. I found an acting coach I enjoyed, and my first role was on FOX’s Empire. After landing in Los Angeles in January of 2018, I enrolled in new classes and found myself in the right place at the right time when I auditioned for the role of Jordan. It’s been a non-stop grind since 2018 and I absolutely love it. 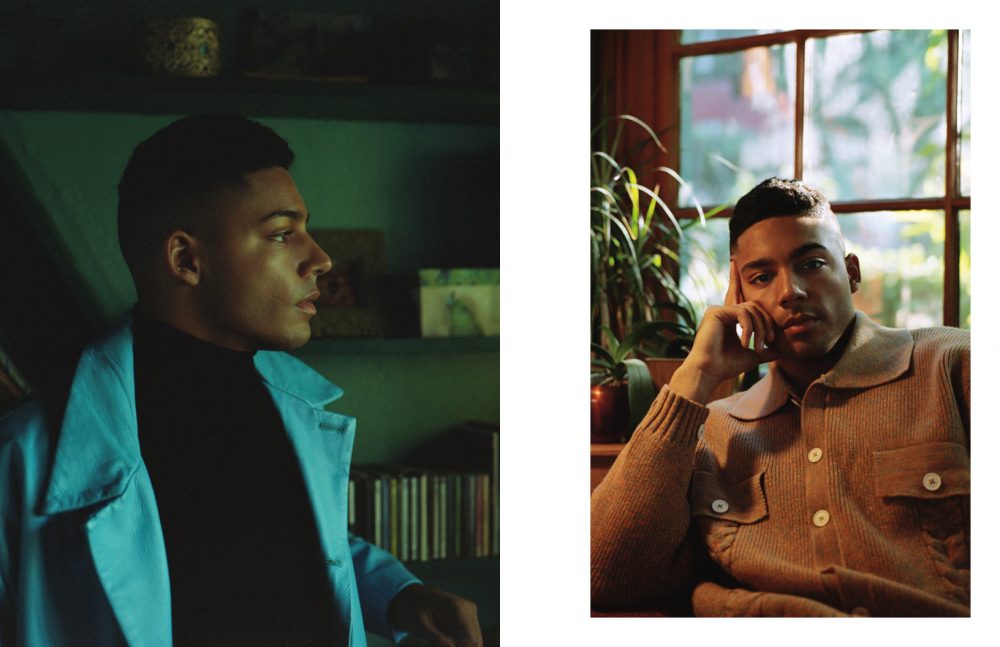 Where do you usually get your inspiration from?

I am inspired by my fellow actors. The actors I am lucky enough to work with and the ones I watch on screen. I also get inspiration from our showrunner Nkechi Okoro Carroll. She demands a lot from us, and I love being pushed.

Are there any actors or films that you find yourself particularly inspired by?

Heath Ledger’s role in The Dark Knight is what really made me pay attention to film and television. The Dark Knight, in general, is a film that still inspires me to this day. Heath’s portrayal of the Joker was like nothing I had seen before. It was dark, almost maniac like. I loved how the character didn’t care about anything other than chaos and mayhem. It seemed like it’d be such a fun time filming that character and he even inspired me to learn all of his lines in the movie and re-enact them with my friends.

What’s your relationship with the other cast members of All American?

We are a big family. I think Daniel Ezra (Spencer James) and I are great friends outside of work. We all want what’s best for one another on-screen and off. Every day is great when I get to come to work and perform with my friends.

Nonetheless, everyone gets along, not only on the cast but also the crew. It is a nice atmosphere to be in as we’re constantly making each other laugh and supporting each other on camera.

Daniel and I hang almost every day after work and most weekends. We all try to get together for dinners or brunch a few times out of the month. We always have a great time! 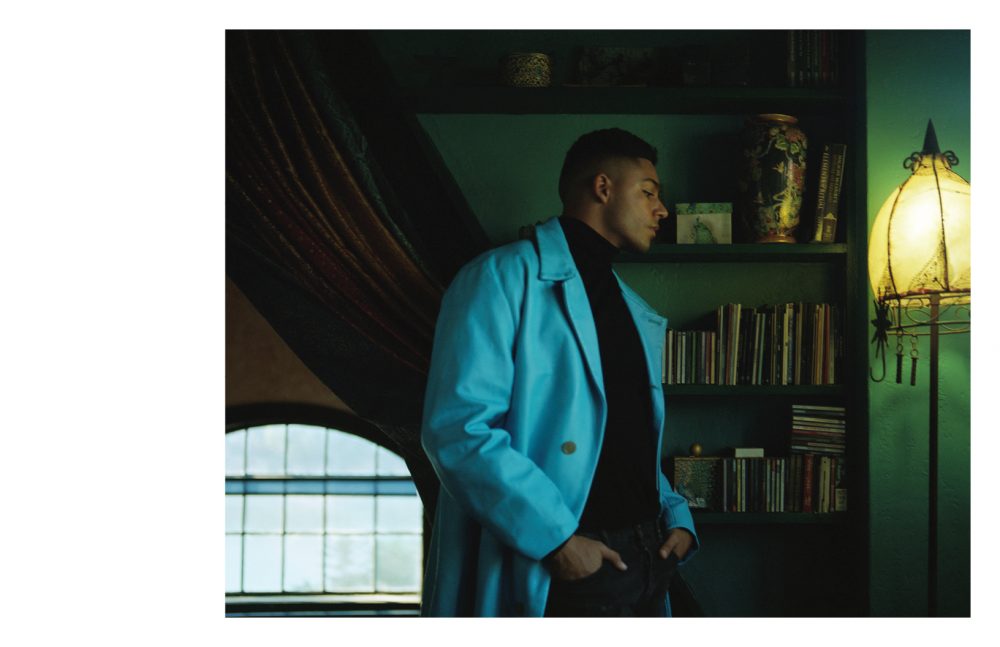 All American is inspired by the true life of NFL player Spencer Paysinger, how does this affect your performance?

I have had many conversations with Spencer regarding his life and how we are portraying it. It is astonishing what he has gone through in his life. It makes me want to work that much harder to bring the characters around his story to life.

Can you describe to us how you mentally and physically prepare yourself to descend into the role of Jordan Baker?

Mentally, I use a mantra to pump myself up to get into this more cocky, confident mindset. It helps tremendously because I myself am not as cocky or confident as Jordan. It takes a lot of walking around and repeating that to get into it. Physically, a lot of weightlifting, and getting into a specific walk for Jordan.

Following on from season one and how things ended between Jordan and his father, how does the relationship between the two evolve in Season two?

Without giving too many spoilers away, how does your role as Jordan Baker progress this season and how do you feel about the character development?

I love where my character is going this season. At first, we see Jordan being a bad boy and acting out. Around the back half of the season, we will see him face the music, and become a more responsible man.

What was the most memorable moment when you were shooting this season?

I think the most memorable moment for me thus far was when we were shooting at a high school down in South Central and during lunch, kids came out to greet us. I think that was a highlight to be able to see the kids who love the show.

What is the most challenging aspect of your role as Jordan Baker so far?

The most challenging aspect for me has been being disrespectful and, somewhat hot-headed. I myself try to be poised and never lose my cool, so to get into that headspace is harder for me. 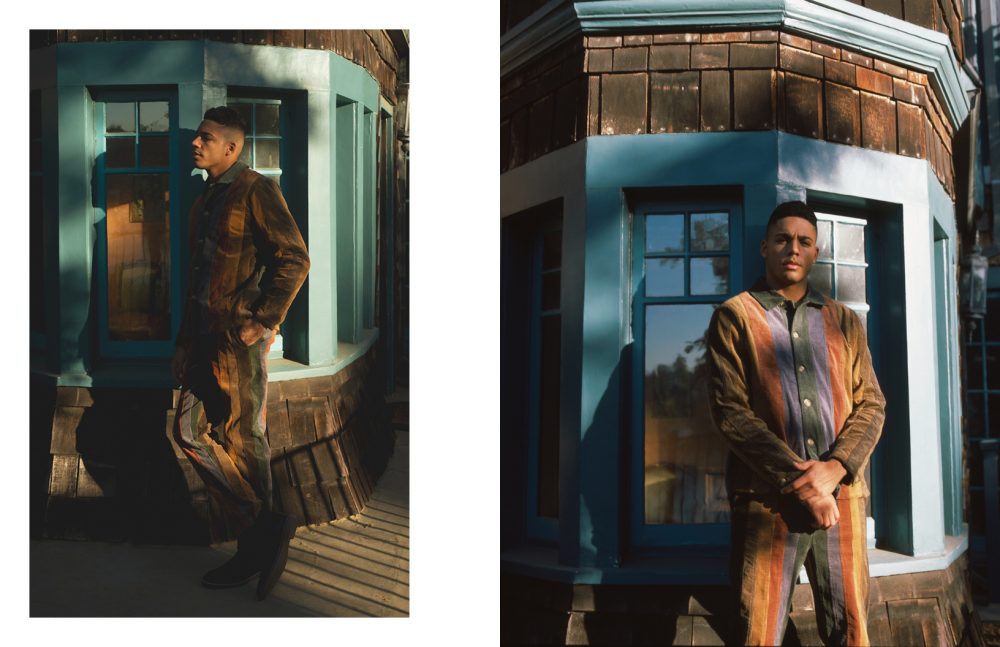 How do you think that your role as Jordan Baker interacts with your personal life?

I think it interacts with my life in the fact that Jordan and I are both mixed living in a world that does not always notice us or it puts us into a group that is not black or white.

Which themes of All American resonate with you the most?

Identity. My character and other characters on the show are trying to find a sense of belonging, something to attach themselves to. They are young and searching for who they are. After my move to California I have needed to rediscover myself, find where I belong and that’s been semi challenging because life seems to move faster out here.

If you could only watch one film and/or series for the rest of your life, which one would it be?

The Dark Knight. I think the performances are stellar, and each time I watch it over I find something I missed before.

As you are an advocate of mental health awareness and you are committed to animal welfare programs, do you see yourself being involved in the future with a film that explores these issues?

I think it would be nice to be a part of a film that involves those aspects. There are so many outlets nowadays which I am sure they will come sooner than later. It’s important for people to be seen, to be able to see themselves on the screen. Relatability is a large part of the success of films.

What brings you Joy?

Family, friends, my work, and laughter.

A third season would be awesome, we will see! As for right now, I’m focusing on All American and my clothing line, Designed at 5AM. 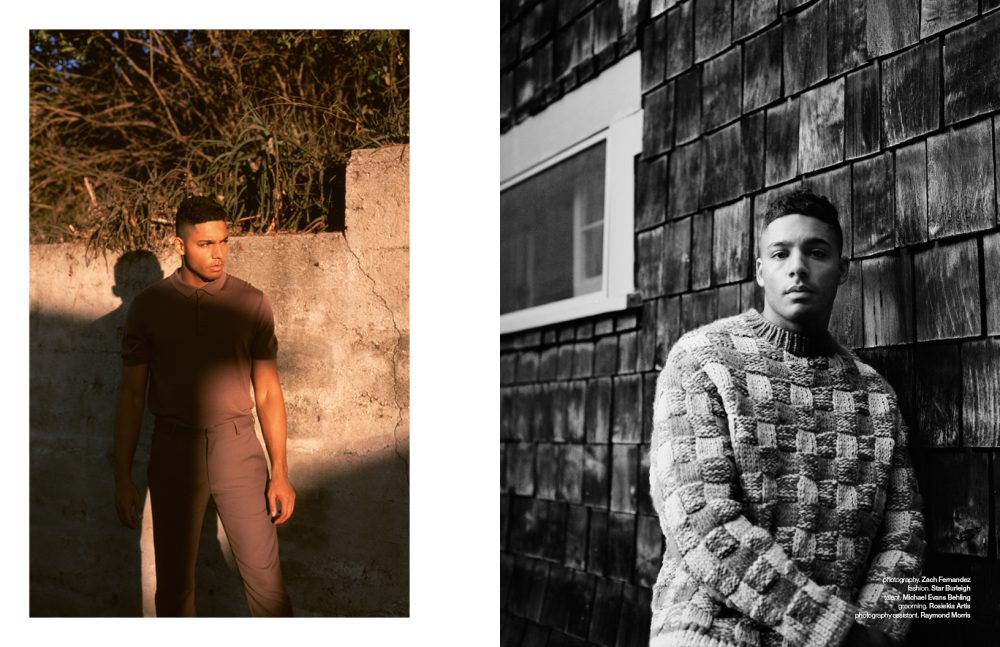 jumper. Landlord
opposite
full look. COS