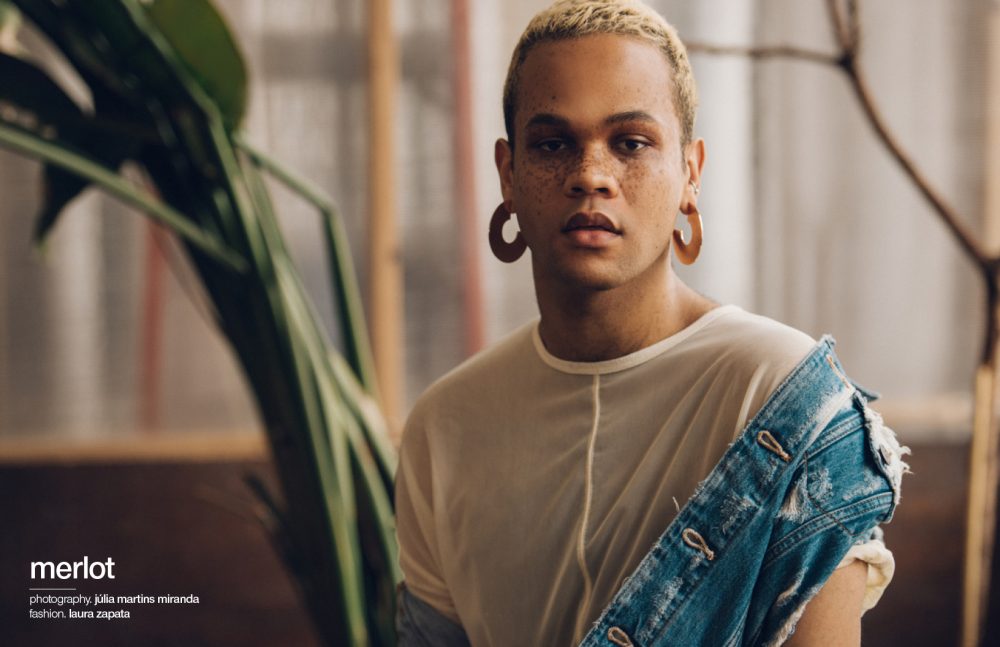 Singer, model, fashion figure and distinguished member of New York’s illustrious nightlife scene, Merlot has already made his mark at only 22 but he has no plans of stopping anytime soon. The astonishing R&B singer, who released his soulful debut single Bad For You earlier this year, discloses that when writing the song he “wanted to talk about how polarizing relationships can be.” Having just experienced a “really weird time” with an ex-partner, the singer tells that “it left me with a lot of conflicting thoughts and feelings about my romantic life in general. I started questioning my place in other’s lives.” Consequently, the musician explains that these feelings of confusion and questioning resulted in the “hot-and-cold, back-and-forth” ideals in the captivating track. Merlot also states that the bold and confident line, ‘I might like you, but I like me better’, “rings true to the core of my message.”

When asked what the inspiration was behind the music video for his breakout single, Merlot reveals that working alongside filmmaking duo Santiago & Mauricio, they were inspired by “the storyboard of classic NY imagery & portraiture.” He explains that whilst the song was derived from personal experience, he “wanted to tell the story of the song through many different eyes, as the underlying message can apply to anyone.” Taking this diversification into account, the vocalist and filmmakers “carefully picked a diverse cast and wanted everyone to play an extension of themselves, not ‘act’.” Overall, the singer exclaims that he is “so happy with how the final product turned out!”

Following the release of such a simultaneously soothing and uplifting song as a first single, we cannot help but wonder what the artist’s songwriting process is, to which Merlot answers that when in the studio he thinks to himself, “what’s been the heaviest subject on my mind recently?” The musician says that the process begins with working alongside a producer to come up with a beat that “matches the energy and emotions” that he had been feeling, followed by the melodies. Merlot declares that he then tries to “place all the right words and feelings onto the blank canvas like any artist.” The vocalist also discloses that his favourite part is “coming up with poetry on the fly.”

Merlot also reveals that he aspires to write an album with “the queen of transcending genre and eras,” Erykah Badu, stating that he believes that together they would “come up with a product that’s truly timeless and powerful.” Solange Knowles is another creator that Merlot admires as he expresses that “I would like to think Solange Knowles and I could come up with an amazing throwback track, with even cooler visuals.”

When it comes to classifying Merlot’s music by genre, the singer declares that “given the nature of my voice, anything I’m singing will lean towards R&B and have a hint of soul.” However, he excitingly asserts that “that won’t stop me from diving into an array of genres. I’d love to make the most bubble-gum pop, as well as more neo-soul, inspired R&B. I’d even love to dip my toes in rock and roll as well as Hip Hop.” 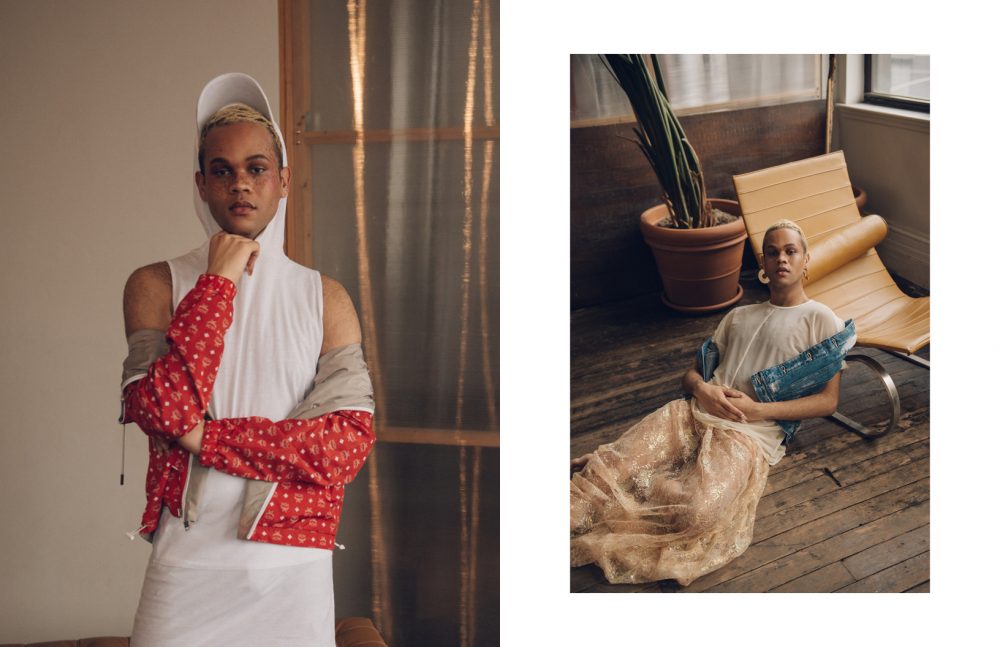 Following his studies in Berklee College of Music in Boston, Merlot moved to New York which he reveals “is filled with so many fabulous creatives [especially the nightlife].” The nightlife personality tells that by hitting the New York nightlife scene he has met a multitude of personalities that have impacted his artistry. “I’m so blessed to be surrounded by so many bold and colourful individuals, and it’s definitely inspired me to explore my style choices and expand horizons,” he expresses. “There’s so much content circulating and so much art being made and showcased, it’s amazing to be immersed in that.”

Merlot explains that his recognition and popularity in New York’s nightlife setting stems from his “people person” skills that he has always obtained. The eminent face at New York’s clubs and parties expresses that “I value my social life very much.” Nevertheless, his reputation and following have not always been this mighty, the R&B vocalist describes that “moving [to New York], I really didn’t know anyone, and I worked alone as an assistant, so the only outlet for me to meet people was nightlife. I was so young, and I was going out probably 5 nights a week just meeting people and making new friends, and then one thing led to another and I became able to actually host the parties I had been attending for so long, and with a little help from my designer friends, and my mother who actually bedazzles some of my otherwise bland clothing for me, I’m able to keep interesting looks coming!” 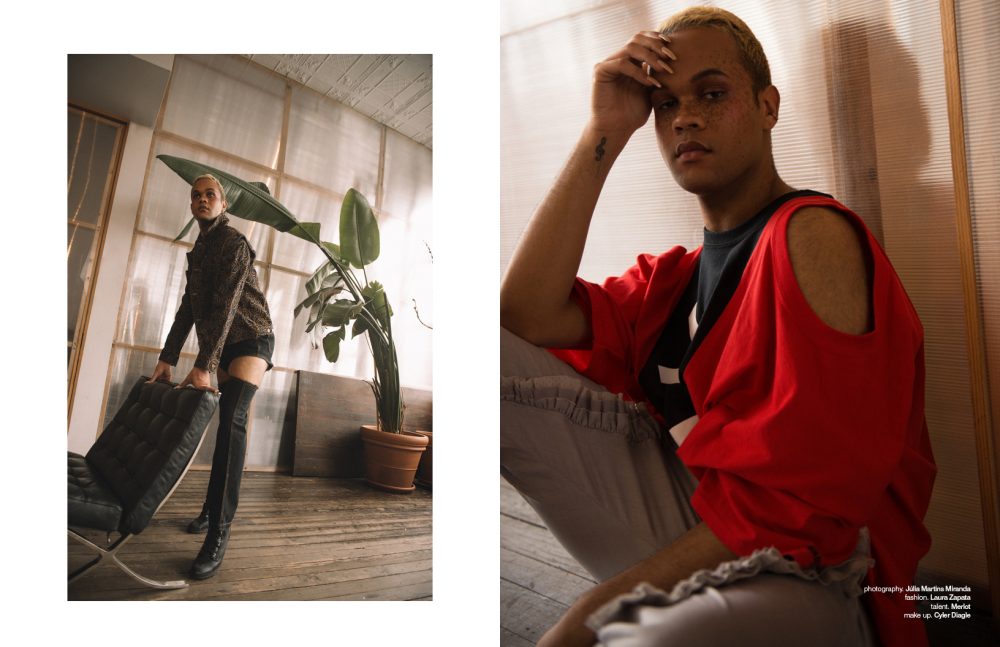 The singer and model has undoubtedly become a notable face in the fashion industry and when asked how he would describe his personal style, the fashionable musician has a definite answer. “I’d say my personal style is honestly just eclectic,” he admits. “Sometimes I love to be glamorous and over-the-top with tons of jewellery and big headpieces, and other times I dial it back for something more sleek and subtle.” Upon looking at the fabulously dressed singer’s wardrobe it may seem as though his clothes would break the bank, however, he paradoxically reveals that he’s “a firm believer that having style doesn’t have to be expensive. Most of my clothes are thrifted and repurposed, and my mom crafts almost all of my jewellery from gift shop key chains and charms. Style comes from whatever makes me feel the most confident at the moment.”

With such an effortlessly sophisticated voice and captivating lyrics it appears as though Merlot has been in the music business for years, although this is not the case, the artist tells that “I have been singing since I was a child, and then in the 6th grade, I learned how to play the saxophone.” The passionate musician also expresses that “music has always been the most important thing in my life, and I knew that it was what I needed to make my career. I use to daydream all day when I was a kid about selling out stadiums, and future music video ideas. It’s so compelling to me, and the modelling just kind of came afterwards.” The Bad For You singer, who is currently working on a big music project, teases that he will “drop a ton of content in 2019.” However, he reports that “I can’t say much but I’m beyond excited… this is just the beginning!”

Listen to Merlot’s debut single, ‘Bad For You’, here.