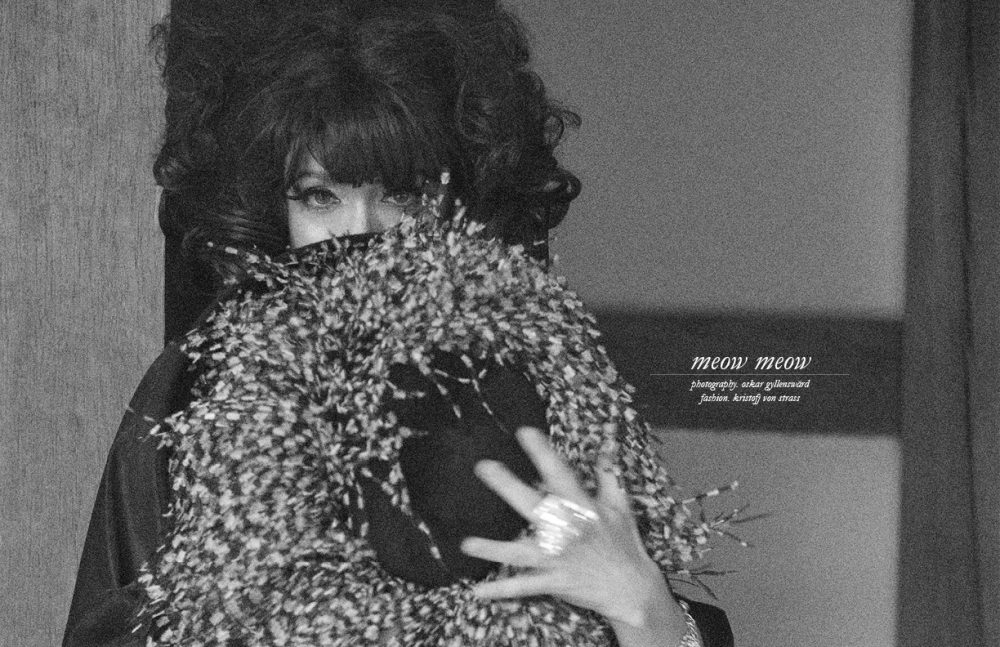 At A Midsummer Night’s Dream at Shakespeare’s Globe last week, there happened to be an emergency evacuation thirty minutes into the play. As everyone began shuffling onto the street, the star of the show was seen parading out. Clad in only a bathrobe, a theatrical harness and her tiara, Meow Meow, who plays Titania in the play, was delighted by all the excitement. As several fans called her name, she launched into a story about how the crew asked her whether or not she wanted to take off her tiara for the emergency evacuation. “I told them if we were all going to die, I would rather be in my tiara!” she exclaimed, with a grin.

Meow Meow is not just any actress. She is a show girl — famous for her post-postmodern takes on her many self-directed productions. An Australian-born actress, dancer and cabaret performer, Meow Meow tours internationally and has performed with orchestras such as the London Philharmonic and Australian Chamber Orchestra as well as performing in venues such as the Apollo Theatre and Lincoln Center. She is currently playing Hippolyta and Titania in the Globe’s production of A Midsummer Night’s Dream – Meow Meow commands the role of the faerie queen she was always meant to play.

What drew you to the character of Titania in A Midsummer Night’s Dream? Is she similar to Meow Meow?

I think I’ve always been obsessed with her, actually. I think she’s such a complex person. Obviously she’s not a real character, but she exists in so much writing and literature. She is very much a part of faerie folk tales. I was also always obsessed with Queen Elizabeth I as well. And Shakespeare was always writing for Elizabeth— so it’s common knowledge that he modeled the faerie queen character after her.

As far as I can remember, Titania has always been engrained into my psyche. I guess I’ve always been drawn to her because she is such a powerful figure, however something terrible happens to her in this play. And I really wanted to bring that out because some versions skip over the actual humiliating brutality of the situation. And again, there are lots of different theories but there is no doubt that she is drugged and I really wanted to portray that well. Because it is also an issue within contemporary culture. I think it’s good to bring up the discussion of what’s appropriate to do to someone when they’re drunk. I think it brings up the fact that we all need to be careful with each other. 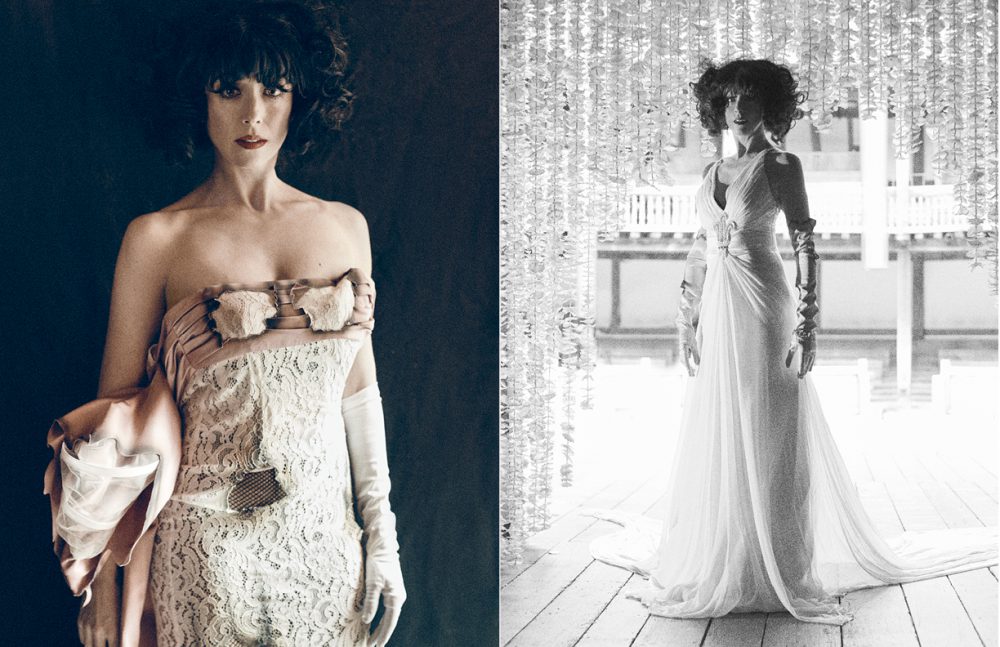 What has it been like working with artistic director Emma Rice?

Oh, I love her. I’ve worked with her quite a few times before and she’s really a rare breed. She’s a provocateur but she’s very joyful— so you feel in safe hands. She really brings out the best in performers. You’re just constantly trying to make her laugh! [laughs] She also has great access to the human heart and knows what makes humans tick. As much as we both love slapstick comedy, we also want to show the other side of it— which is maybe first love, or the complexity of relationships.

You have been referred to multiple times as a “postmodernist diva”, how would you interpret that label?

I like to call it ‘post-postmodernist’. I’ve always been into the deconstruction because it’s very real. So even as I physically pull off all my layers of tights in my shows— it’s almost like physically deconstructing and saying ‘this is what the human body is’. But also— the brain doesn’t work in a linear way. So the kinds of performances I do are in a way more true to the way the brain functions because I may be singing at the same time as I’m dancing— or I’m thinking politically and then I realise I’ve got a great pair of shoes on. I really try to assault the senses in as many ways as I can. Because I think if we pretend that we’ve got something figured out— we haven’t. I think through comedy, you can obviously get to greater tragedy.

Post postmodernism is said to put a technologically motivated perspective on the cultural aspects of something – how would you say you balance themes of modern day technology and Shakespeare?

I just think you use what you have with you. I do think that if Shakespeare were around today he would be using every bit of modern technology available to him. Actually, if you look at early 20th-century theatre, there’s so much of that that was so radical and so embracing technology. I don’t think it’s a new thing. 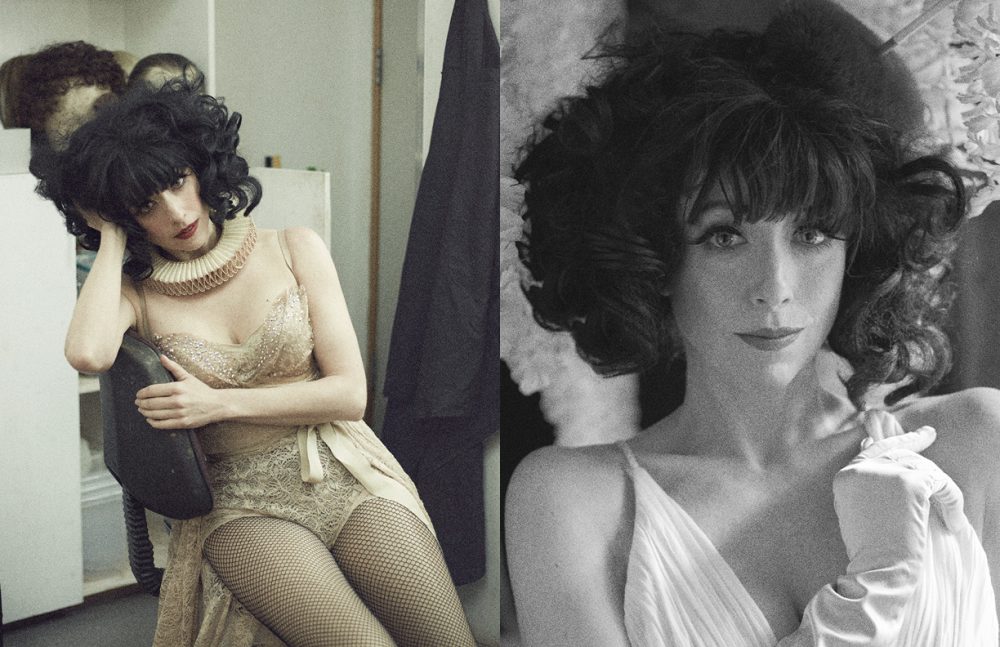 Is there any particular reason why you make every show ‘different’ in some way? Does this have to do with the fact that the audience constantly changes making your interactions with them lead you in different directions each time?

It’s like learning the tango. You start maybe wanting to kick your legs up— well I do— because I’m a show girl. But the more you go into the world of tango you start to see the beauty in restraint and subtly. I mean I would love to do a version of the play, in which I wake up at the wrong time and we would have to play it out from there! And I guess if it was my version— we would be doing that. But there is beauty in restraint. Especially in working with orchestras. In November I will be performing with the London Philharmonic, actually! I am very excited about that.

What will you be doing with the London Philharmonic?

I’m calling it Meow Meow’s Pandemonium— and it’s basically my show orchestrated. I’ve got the whole orchestra and I’ve written a lot of songs for this as well, so it’s really going to be thrilling. It’s very exciting for me. I’m also currently writing a theatre piece about the ghosts of the Theatre Royal, which is the oldest functioning theatre in Australia. I sort of see myself as part of a breed of performers. And it’s fascinating going through old newspaper archives from the 1890’s and seeing what stays the same. I’ve been reading about the famous juggler, Paul Cinquevalli, who toured the world. And in one of his interviews, he talks about the fact that he has tried to retire… twice. And can never do it because his body revolts at the thought. He gets sick from not being on stage!

Do you think you will ever retire?

I will die on stage. As I was reading Cinquevalli’s interview, I could relate to every single thing he was saying, for example, how he’s not really breathing unless he’s on stage.

Would you say it’s an attempt to ridicule a persona of self-destruction?

I don’t think I’m ridiculing. I think it’s about all of us. I think it’s a lot more to do with joy. I don’t think it’s to do with parody. I think in that heightened form you allow much more freedom for fantasy— and that goes for the audience as well. People have uniforms all the time. We’re all wearing costumes all the time. So why not have a fantastic costume that gives you so much more space for living. It’s very beloved of me, the history of things… so sometimes I feel like I try to sing for all of the women who didn’t get songs written about them. 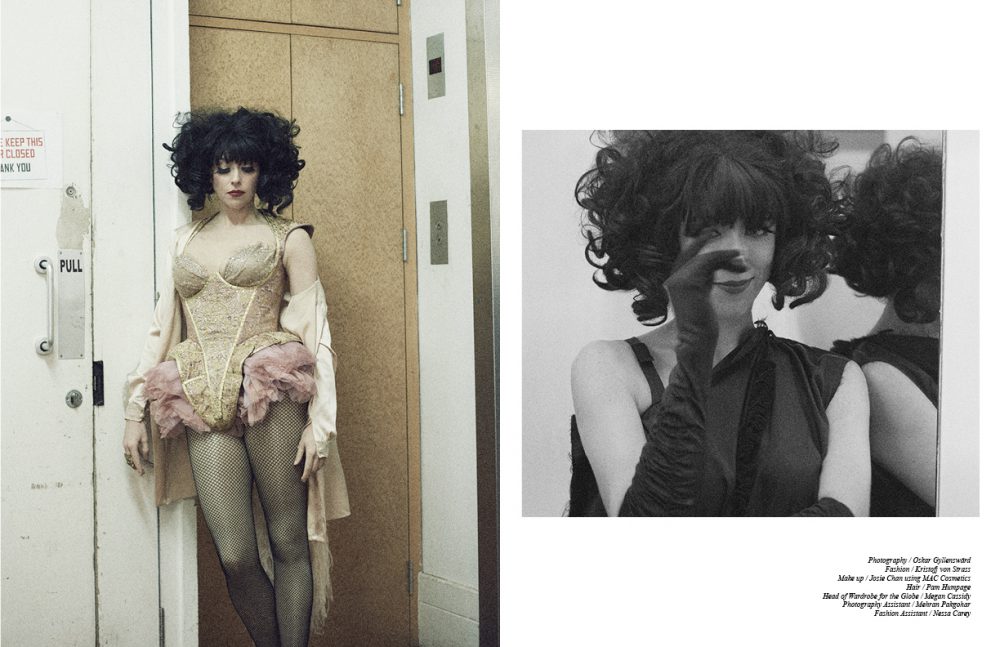 You’ve said you “live in terror of being self-indulgent”, what does that mean?

You don’t want to be performing just for yourself, but you do want an audience to be excited and stimulated. So as much as what I do is over the top and heightened— I feel like it creates room to get real. I don’t want to be going on and on. But I go for as many things as I can in the show because I want to bring people close. I do worry worry worry about the state of the world a lot. And I do think there is potential in music to heal people. So you don’t want the work to be just about you. It’s really seeing people unleash their joy in music by having a really good laugh. Or having some kind of healing. That would be the ideal.

Your honours thesis was on Annie Sprinkle, why did you choose her in particular? How has she influenced your views on female sexuality?

Oh, well that was my stalker— she wrote that. So I can’t really speak to that. But Annie is a very interesting person.

Melissa Madden Gray. She follows me everywhere, and sometimes she’s my assistant. So I couldn’t speak to it but I will say that Annie’s story going from porn to performance art is really challenging for people. The social constructs that revolve around sexuality and the taboos of it are also very interesting to me. Because it is very different in America than it is in Berlin— and the way that it is in London. So I find that cultural prudishness is very interesting. The body is fascinating. A lot of my work explores what was happening with the first can can dancers in Weimar Germany, what was happening in Salome by Oscar Wilde. It’s always to do with people’s fears. So you want to trigger those fears and question them— because I think the world would be a different place if there was not so much opportunity for exploitation and suppression of sexuality.

If you could describe yourself in three words, what would they be?

That’s very hard [laughs]. I was thinking vicarious theatre addict… but sometimes I call myself a relentless optimist. In other times, a highly critical optimist. I think highly critical optimist is a good one. Because I do want to change the world, and yet I worry about it— but I do want to make us be careful with each other. Just really be careful.

Meow Meow is in A Midsummer Night’s Dream at Shakespeare’s Globe until 11th September.

Special Thanks to The Globe team.