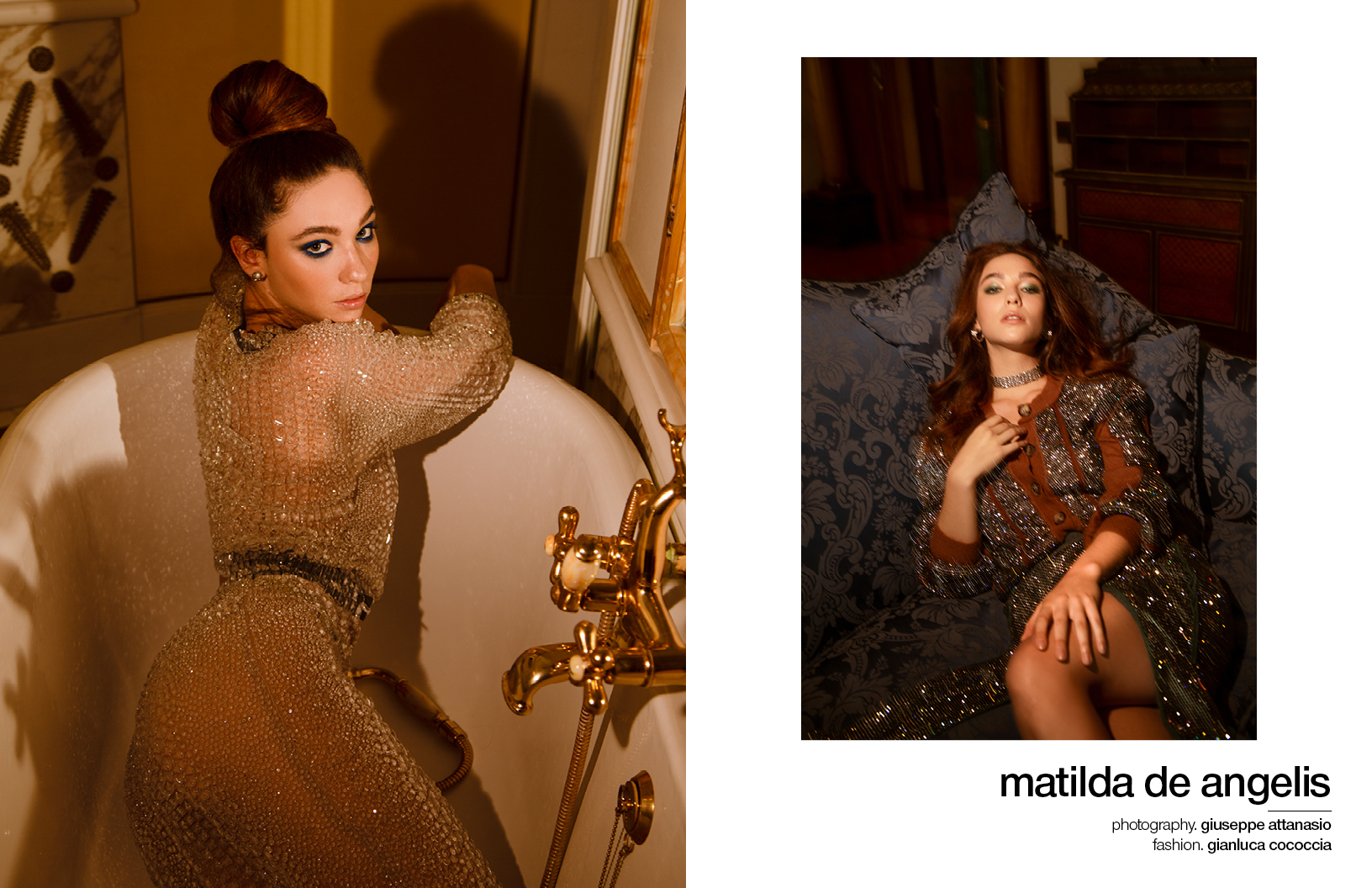 Matilda De Angelis is a rising star, and she can prove it. In 2018, she received one of Berlin International Film Festival’s “Shooting Star” awards, which only added to the list of awards and nominations she already boasted but further cemented her stardom. For her debut role in the Italian Race, she won the Nastro D’Argento award and David di Donatello nominations, to mention a few. Already mature beyond her 25 years, the star understands these honours are only secondary to the actual work at hand: breathing life into stories that move and compel her.

One of those stories is The Undoing, which will premiere on HBO on October 25. Based on the book You Should Have Known by Jean Hanff Korelitz, the miniseries depicts a life upended by murder, extramarital affair, and even a lovechild. This dramatic material has attracted stars like Nicole Kidman, Hugh Grant, and Donald Sutherland, and De Angelis can’t say enough about how much she enjoyed working with them. Read on to see what else she told Schön! about the project.

You were scouted on the street for the role of Giulia De Martino, a young race car driver, in the Italian Race. How did you decide to prepare for the role when you’ve never acted before? Or if you didn’t even know how to drive!

I trained with a very good and patient acting coach. The work was tiring, as I was acting for the first time in my life. We had to do a lot of rehearsals and readings, and everything was new to me. I had to face a lot of challenges. I also did some fast driving courses to learn how to drive and understand what adrenaline you feel on a car that speeds at 250 km/h.

I thought it was interesting how nobody mentions anything about Giulia’s gender in the masculine world of car racing. Maybe because there are so many other issues to deal with. Do you have any thoughts on this?

The GT championship for that type of car is a unisex championship. Men and women compete in the same category and are used to challenging each other on an equal footing, despite the obvious majority of male drivers. I think the point of the film was to de-mythologize a very masculine and macho environment. Giulia has so many things to think about that a few glances cannot scratch her.

The film is more about family, reconciliation, respect, love, and brotherhood. The world of sport is as predominant in the story as it is a mere background of the characters’ lives. It is a continuous metaphor about life: curves, overtaking, speed, taking risks, and knowing how to stop at the right time. 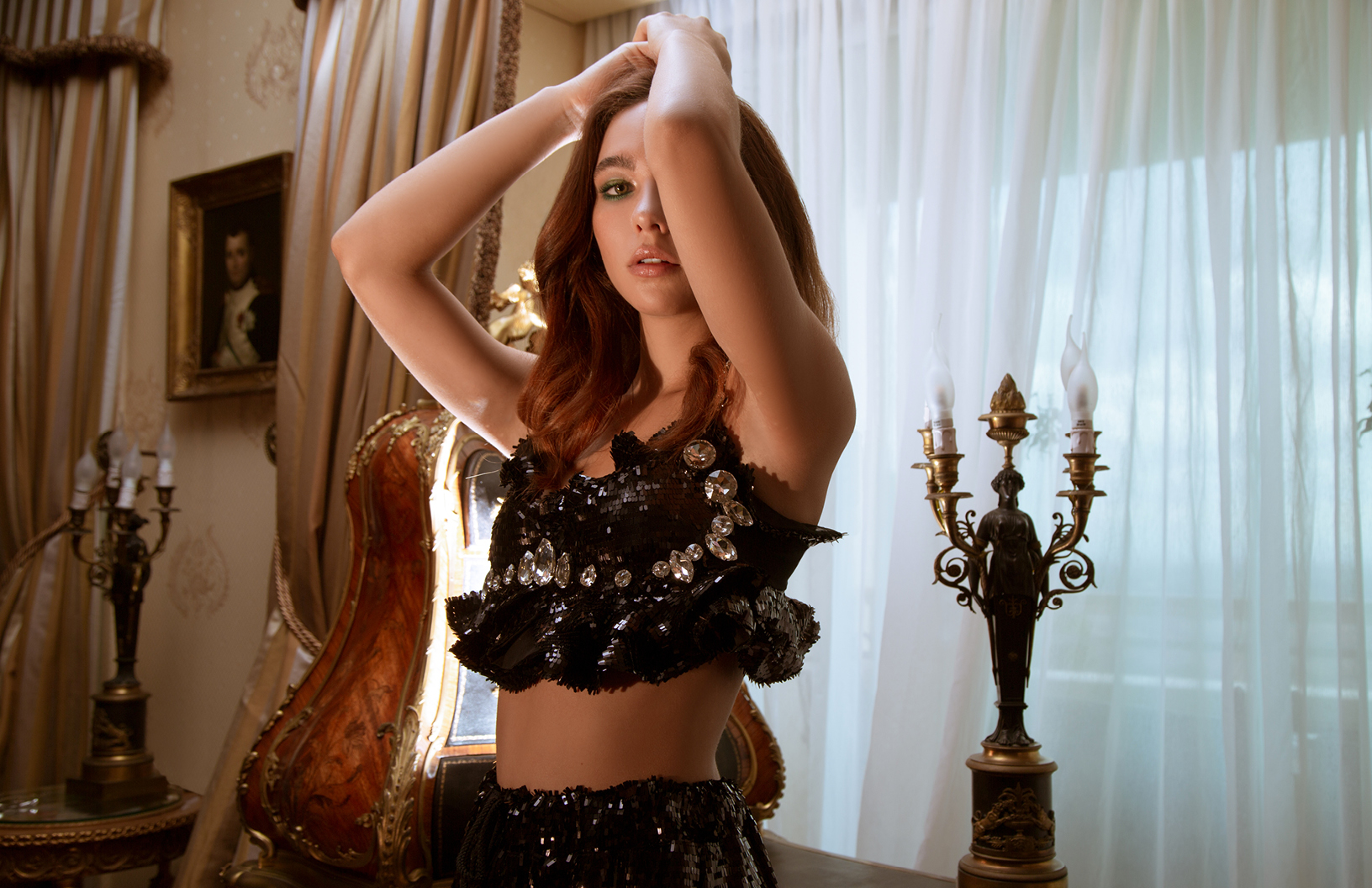 Because most of the roles you take on have very high stakes, I’d guess you have a lot of emotions boiling up inside. Where do you think all your energy would go if you didn’t have your acting and music projects?

Acting and music are an essential outlet in my life, and in certain moments they have really saved me from bad situations. I think that if I didn’t have these two great passions, I would channel my energy into sports or spend more time dealing with concrete social causes. I would try to do more good for others. Fortunately, my energy is constructive and non-destructive.

What were you doing when you found out you got the part of Elena Alves for The Undoing? And what were you the most excited for?

I was beside myself. I couldn’t believe it; it didn’t seem possible. I was jumping around the house all day. I went to the gym to let off some adrenaline because I was so excited. Then I got drunk in the evening because I was beyond happy. For me, working with Nicole Kidman was a pipe dream, and she is truly one of my favorite actresses. Sometimes dreams do come true.

In which way do you think is the TV miniseries the most different from the book that it’s based on, You Should Have Known?

The Undoing is based on the novel You Should Have Known; however, it’s important to say that the series is mostly based on the first two chapters and otherwise is David E. Kelley’s adaptation. The “whodunit” is a departure from the book. We ourselves were then left very free beyond the book to understand our characters and build them around David’s wonderful writing. We were able to make them our own and really understand what each of us could give that was unique to the character. 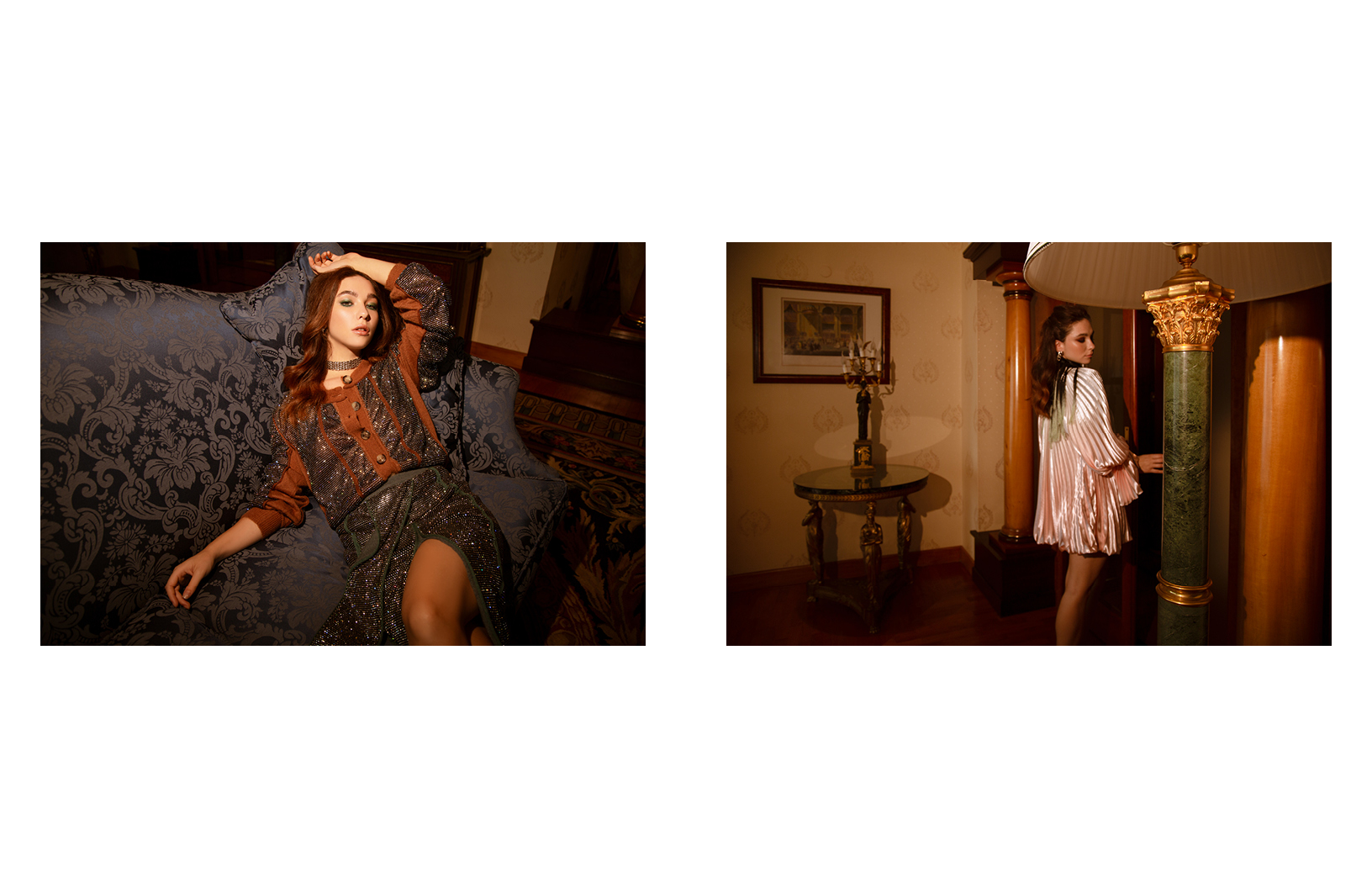 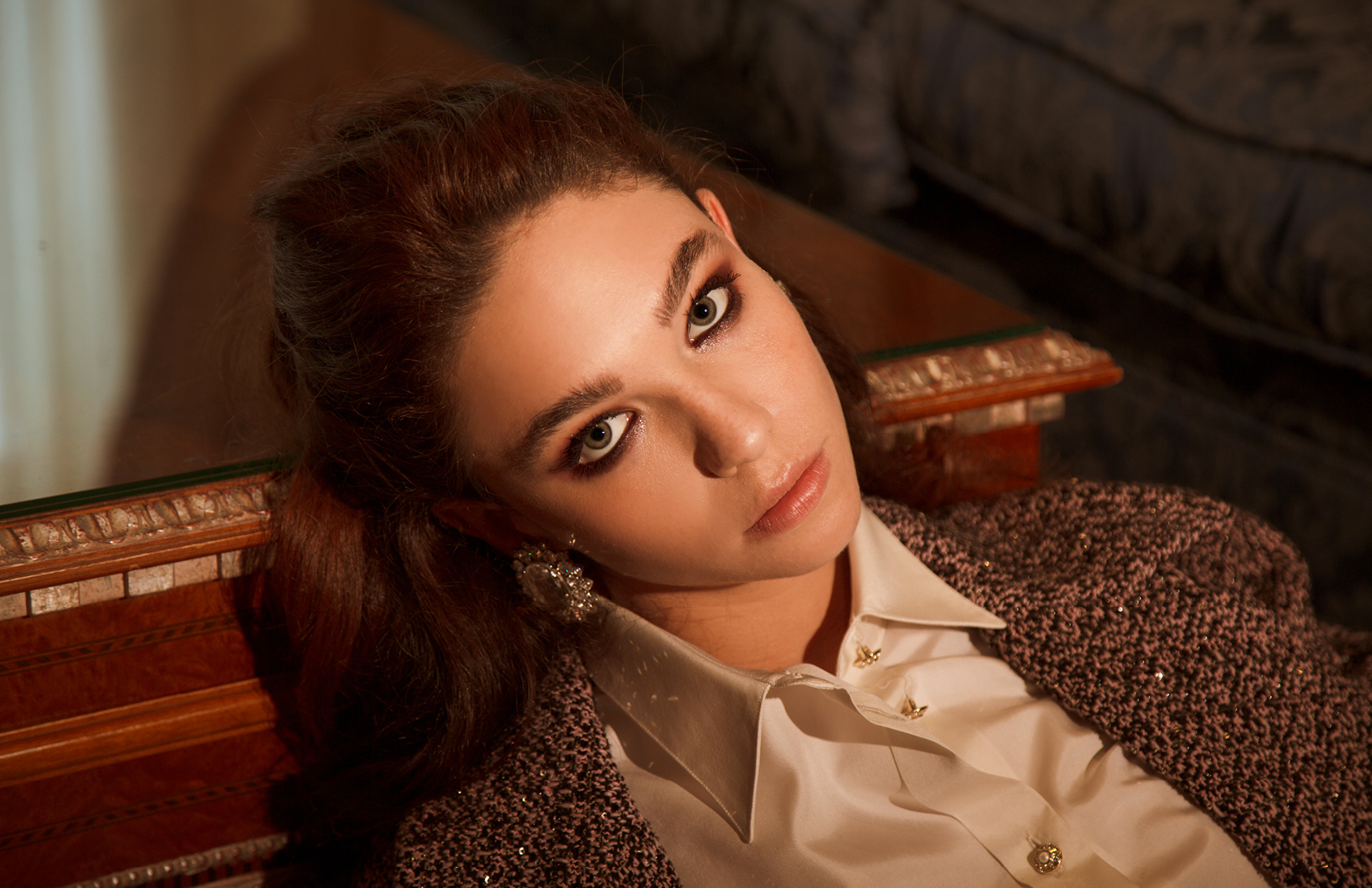 On The Undoing you work with Nicole Kidman, Hugh Grant… Do you ever get starstruck? How was it working with them?

It was beautiful and exciting. I often wondered if I was ready, and my terror was that of not being up to acting alongside them and not knowing how to manage tension. These are all healthy and normal ideas, from a certain point of view. Not feeling nervous might have been strange. Then I found them to be wonderful people and incredible professionals with whom I immediately felt at ease. It was an honor and a privilege to be able to watch them act so closely. I’ll never forget it.

What were some of the things you learned from the cast and crew of that set you’ll remember for years?

I fell in love with the enthusiasm of the crew and how they managed to team up in a way that I have rarely seen on sets. I loved the freedom with which you can joke between one take and another while always remaining extremely professional. I loved everyone’s kindness, the deep sense of teamwork that united them, the respect for one another, and the desire to collaborate all for the success of the project. I immediately felt at home and learned something from everyone.

In 2018, you represented Italy at the Subtitle European Film Festival and won one of the “Shooting Star” awards at the Berlin International Film Festival. In addition to being incredible honours, do the awards feel weighty? Do you ever get nervous about the expectation?

Every recognition I’ve had in my life has had a specific weight, of course. I’ve been happy and honoured, but the truth is that awards don’t matter if you’re not aware of what you’re worth and who you are. Awards can be a burden; they can make us feel “indebted” to always having to prove something more to others. I think it’s important to do things for ourselves and be happy to choose projects that we really believe in every day. I think this satisfaction is better than any prize.

It is important to understand that the awards are not indicative of what we are worth, for better or for worse, as artists and that we must always aim for the best version of ourselves even with an Oscar in one hand. 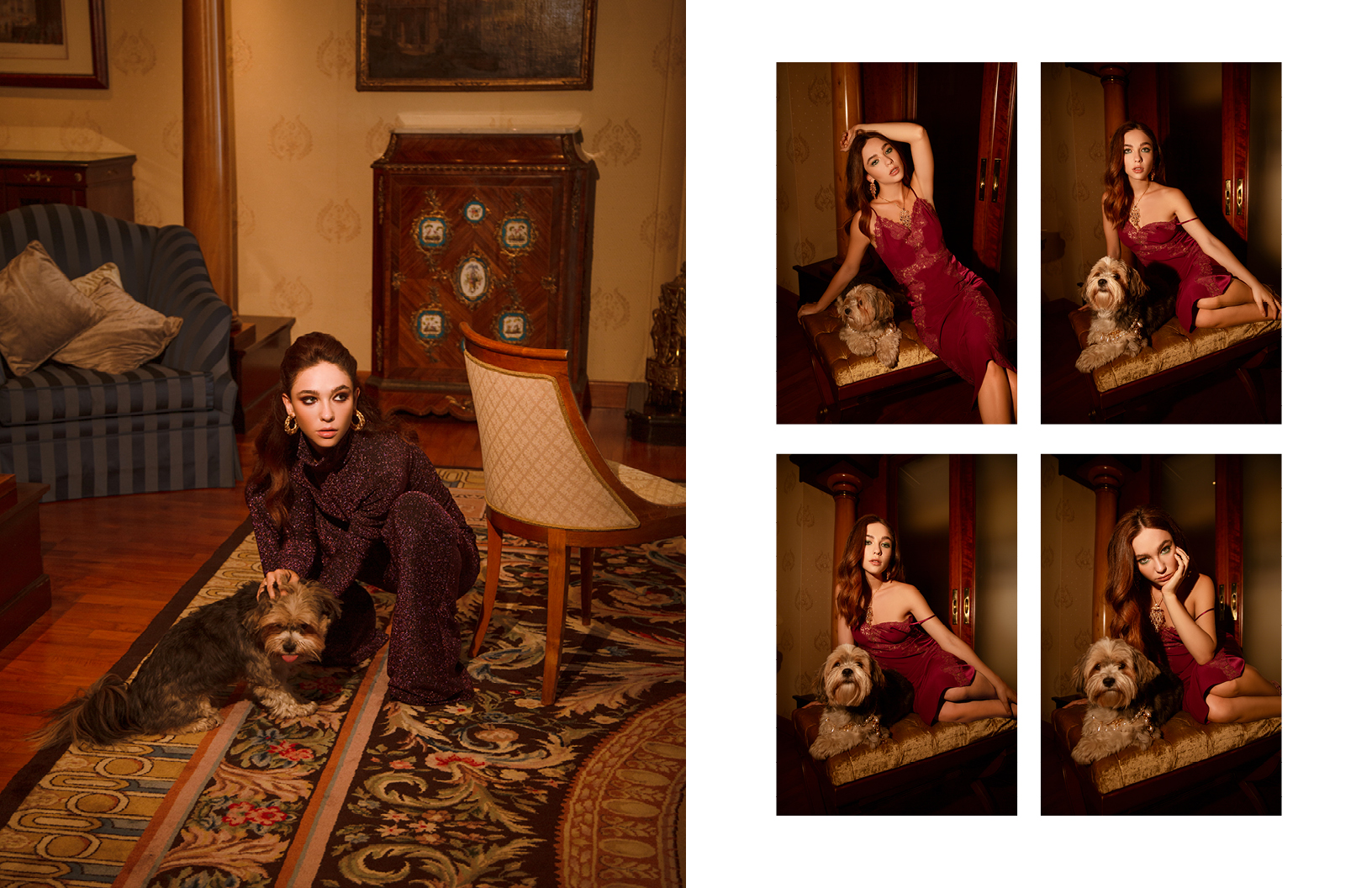 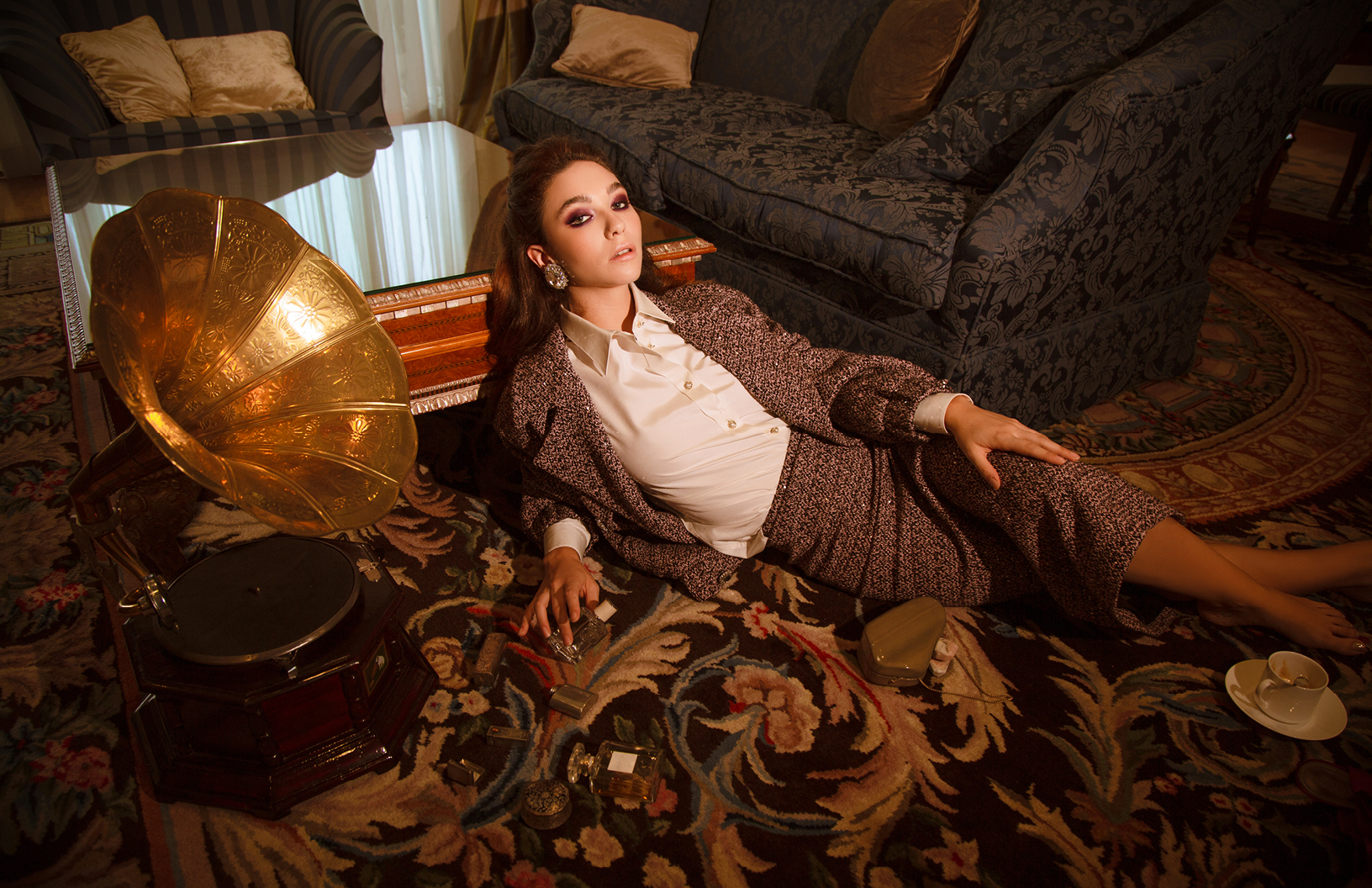 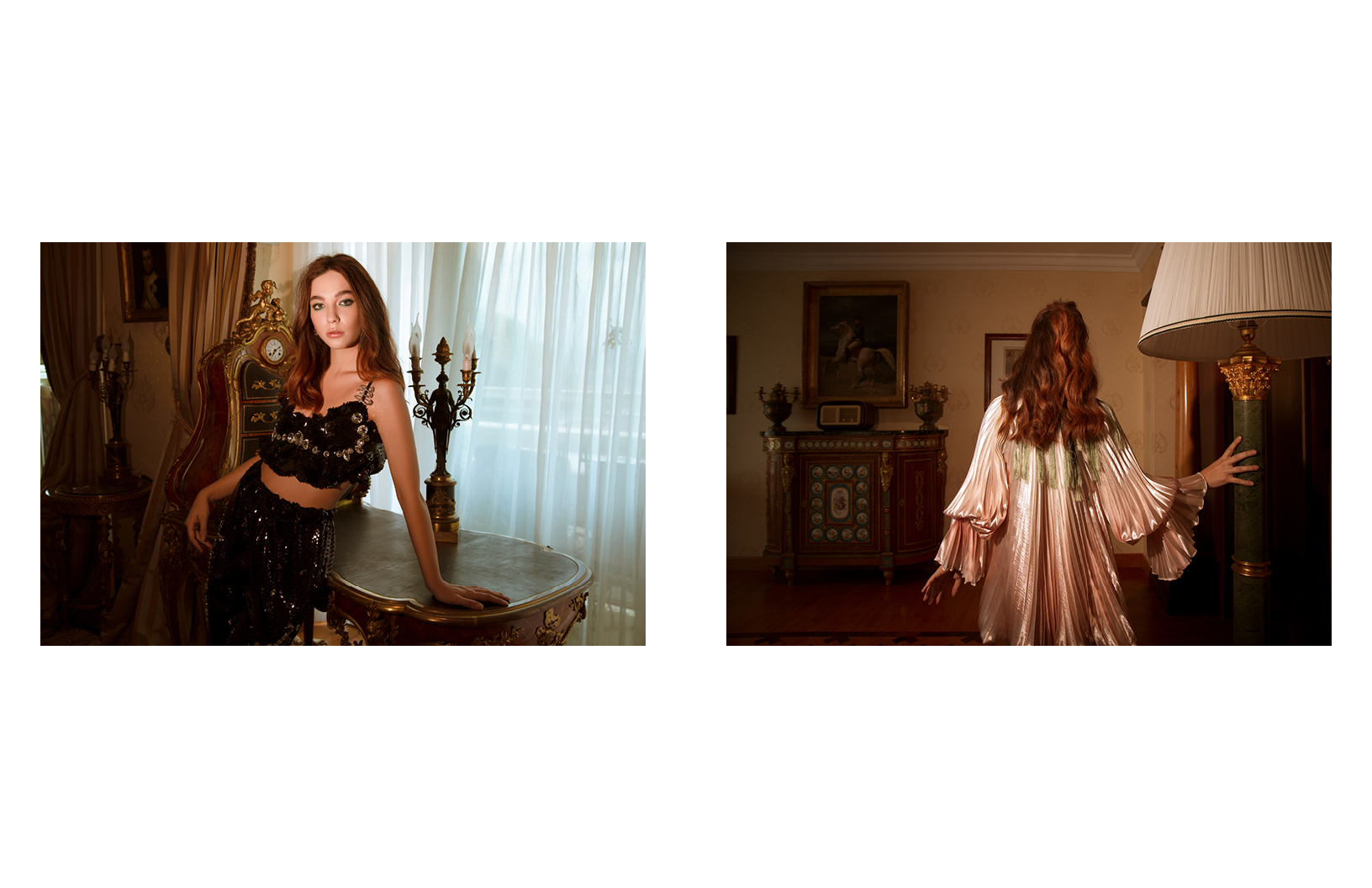 You just wrapped shooting a Leonardo da Vinci series, about to start shooting a Hemingway adaptation, and have two films planned for 2021 releases (Atlas and Il Materiale Emotivo). Do you find yourself having to or wanting to say “no” to acting projects because you want to make time for your music? How do you balance the two if you can’t say “no”?

In recent years, music has taken a back seat for me. I’m focusing a lot on my acting growth, and I think I need a little more maturity to put something special into music. In recent years I have said a few “no’s” because I was lucky enough to work on wonderful projects that I loved. I definitely need to slow down and make more specific choices soon. I absolutely want to focus on music in the future.

You’ve already got a good start on both your acting and musical careers. Is there anything else you hope or see in your future? Fashion? Writing?

I’d like to work on the radio someday if it still exists. I’ve always had a passion for that. Also, I’d really like to start doing something concrete for social justice and the environment. In the future, I see myself as an activist and would like to use my voice and my resonance for the right causes. 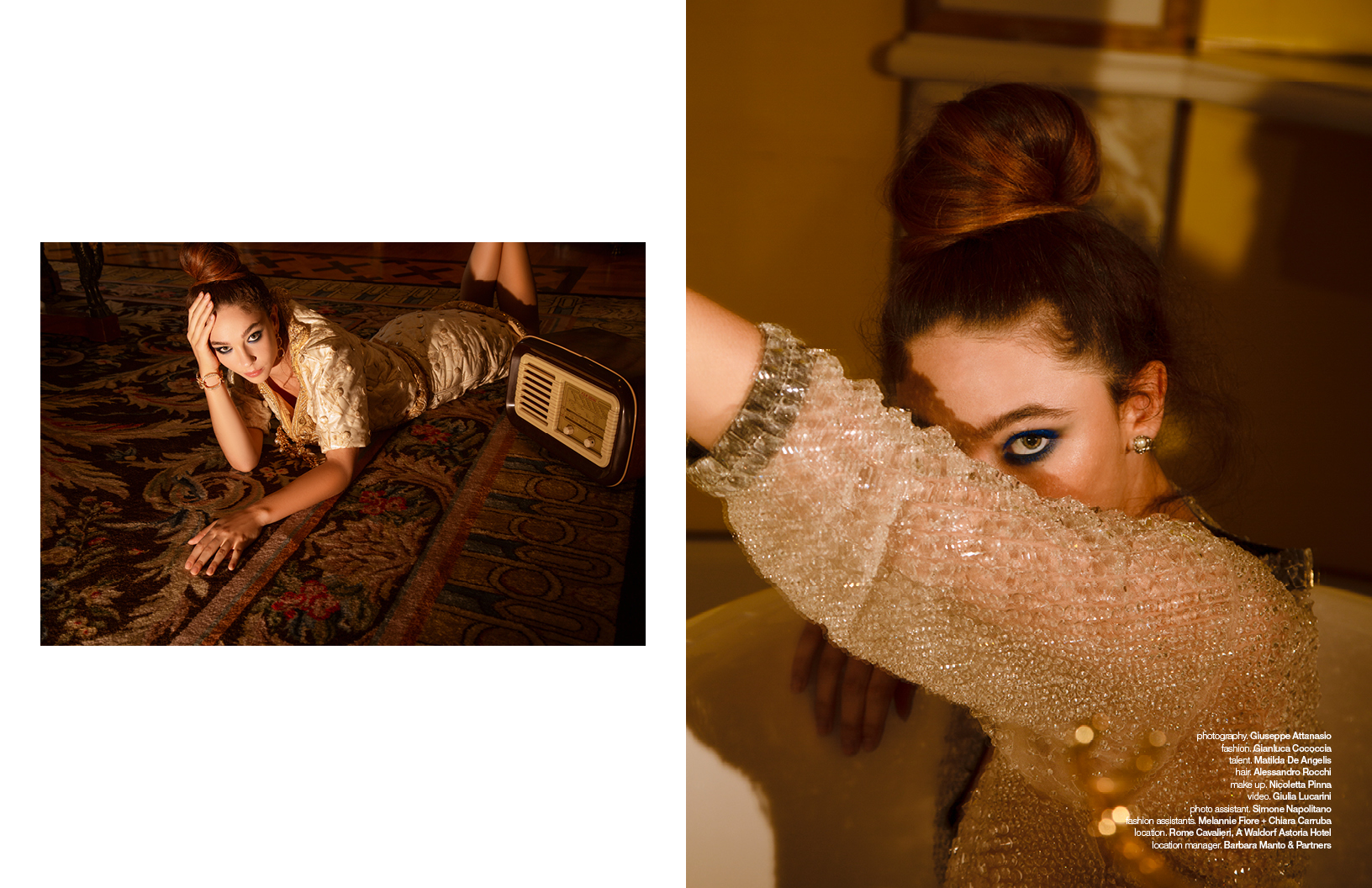 ‘The Undoing’ will be available on Sky Atlantic UK and NOW TV from October 26, and premieres October 25th on HBO.