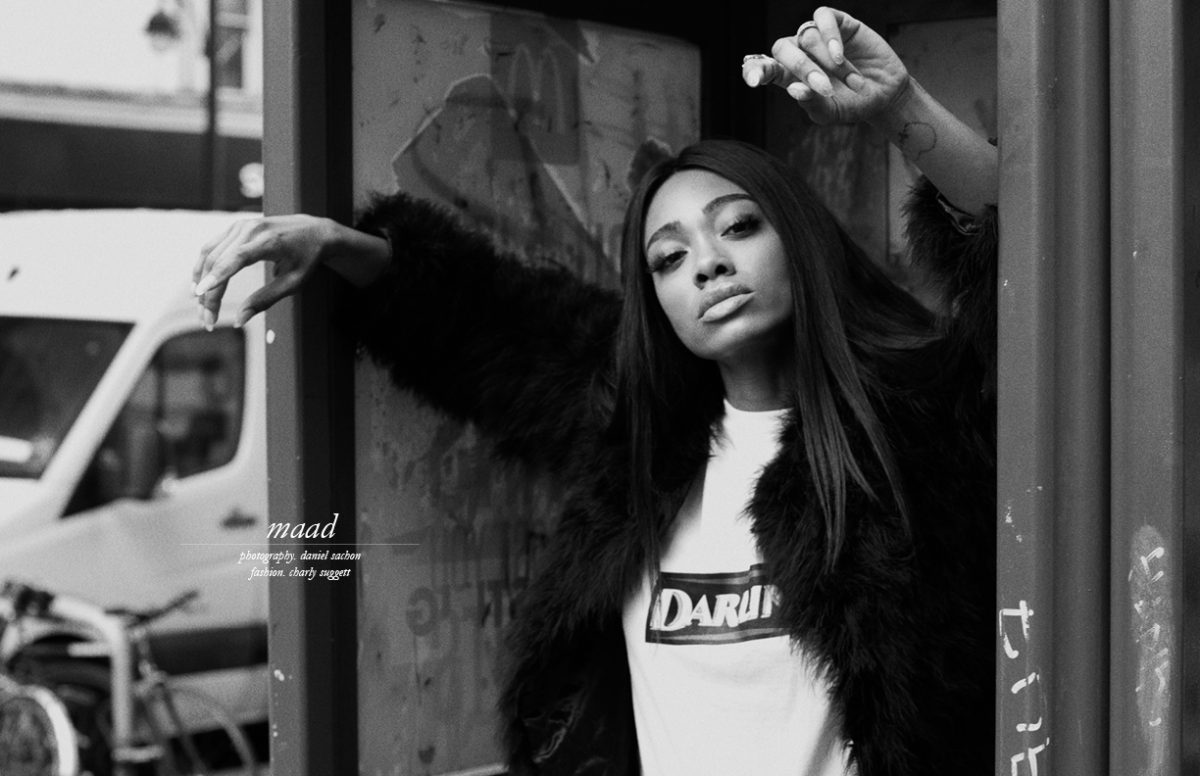 New Jersey-born and raised R&B singer MAAD has a lot on her plate. The 28-year old has just released her first EP Lé Funk  – aptly-named, it is just what to expect of the seven-track soulful, yet groovy debut inspired by the disco, funk, and nineties R&B that the singer grew up listening to. Having already collaborated with artists and songwriters like A$AP Ferg and Claude Kelly, and with a side career as DJ, MAAD is a modern day balancing act.

Lé Funk is just as smooth as the songwriter behind it – MAAD’s vocals are delivered in a cool, confident demeanour, that oozes through, both with her clever lyrics (on tracks like Sweet & Low and the hilarious Stingy Lover) and with her effortless homage to the heyday of rhythm and blues (90s Love and Touch Me). MAAD takes ownership of her strong vocal range and owns her modern take on bass-slapping tracks, reminiscent of the disco and funk floor-fillers she listened to growing up – name-checking Diana Ross, Nile Rogers, and Michael Jackson as artists who have influenced her sound. 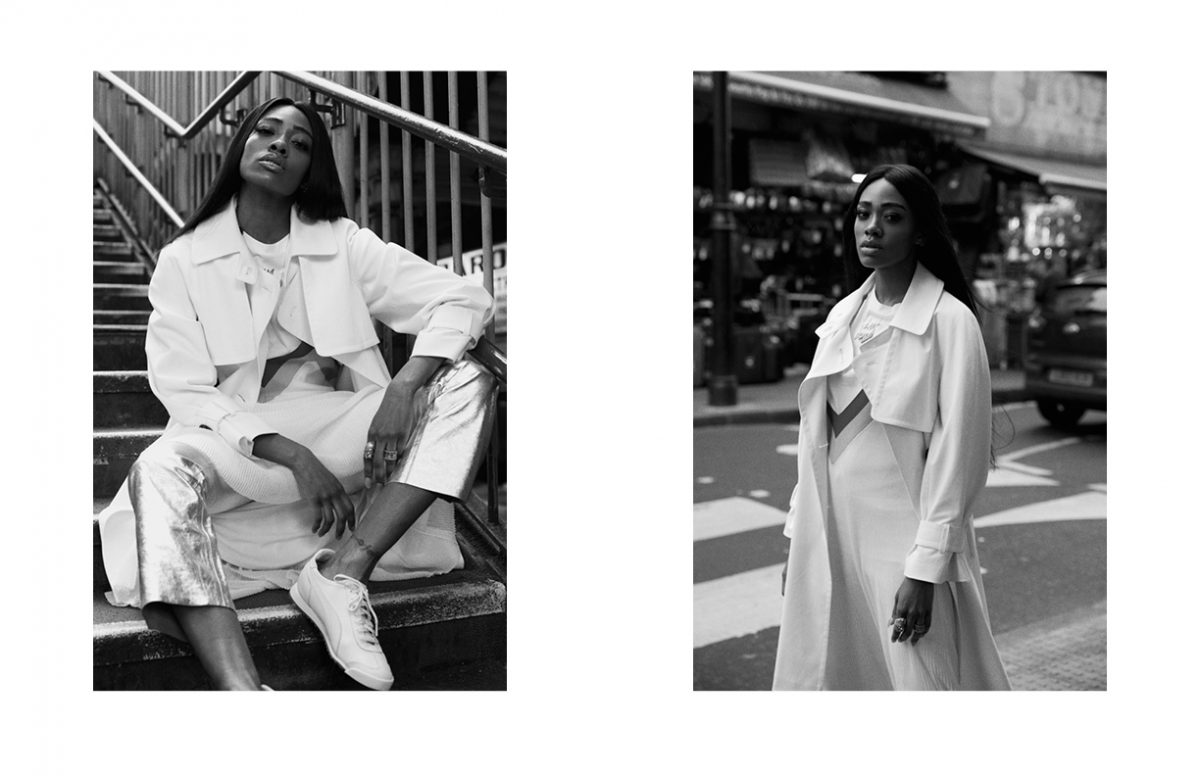 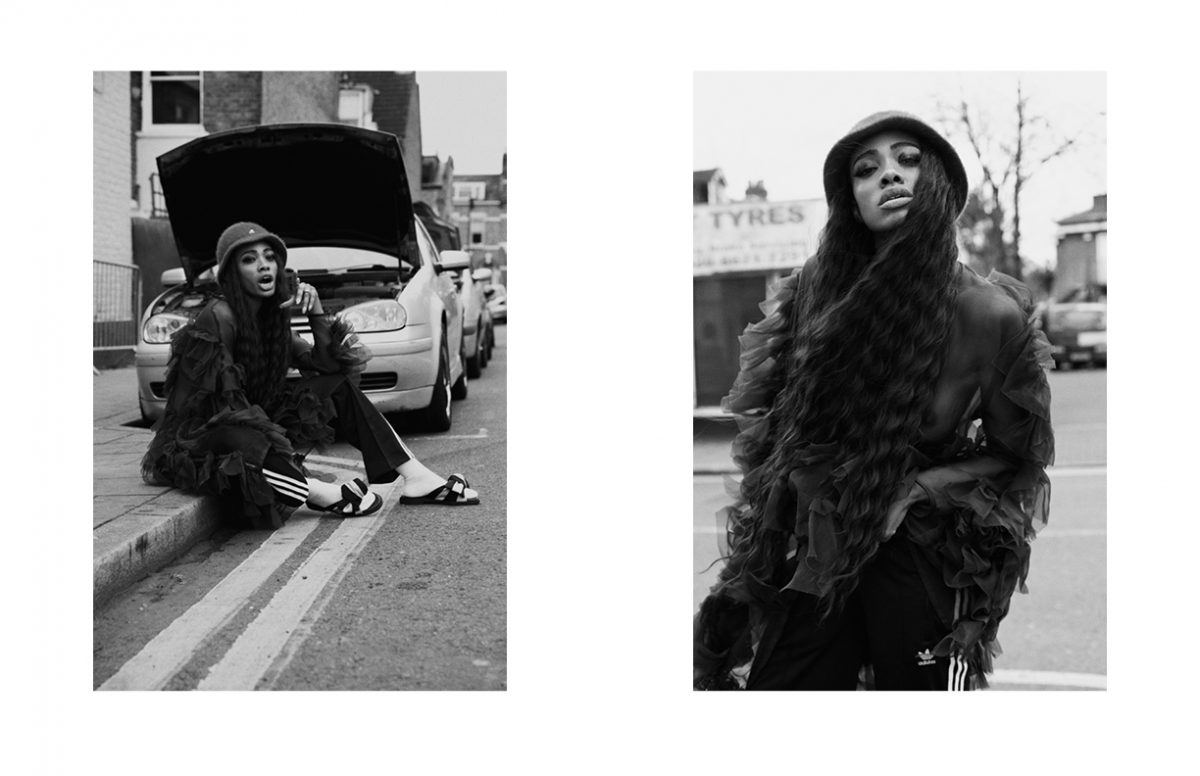 Growing up, MAAD was often an assistant on photoshoots where her mother was a fashion stylist. The singer went from steaming model’s looks to eventually modelling the clothing herself. With one foot in fashion and the other in music, she has graced the pages of Seventeen, NYLON, ELLE, Cosmopolitan and a long list of notable beauty campaigns from L’Oréal to Paul Mitchell. Statuesque at 5’10”, with full eyebrows and high cheekbones, MAAD is stunning – it’s only fitting that she fell into this career, keeping in mind that she “always wanted to be a musician first,” reminding us that she began penning her first songs in high school. For MAAD, a day job came at the right time: “I got into other things to help. Modelling helped me with funding my studio times, and it’s all gone hand in hand. I just didn’t know how to get into the music industry, so it was very easy for me to get into modelling and figure that side out – everything else was just hand-in-hand, it all became one little thing.”

If her knowledge of old-school groove is any testament to her music taste, it comes as no surprise she has been DJ’ing for years, fully knowledgeable of what tunes will fill up a dance floor – her 18,000 monthly listeners on Spotify can attest to that.

“My DJ’ing style is very open-format, I play a bit of everything, house music, Jersey club, 90s, hip hop… then I’ll mix in vogueing music – I love to keep people dancing. My set is energised.” Something that is evidenced when listening to Lé Funk –  from the opening song, Black Ice, to the electronic crooner Lost Together. DJ’ing has “100% influenced” MAAD’s sound: “It has opened my ears to different sounds and genres, and helped me sharpen my musical taste,” she shares.

It was MAAD’s diligent ambition that got her where she is today, brushing off naysayers along the way, she admits she “actually worked with someone not too long ago that told me [when I first got into DJ’ing] that I should only be focusing on my music… that relationship didn’t work out. If I listened to them, I probably wouldn’t be in the position that I am in now. Balance is a huge part of trying to make [the work] all line up.” Well-mannered, upbeat, and positive in her cadence, MAAD credits her multitasking and hectic schedule to her success. “Some days I may have a DJ gig or a modelling job in the morning, so I just really have to be on top of my schedule.” 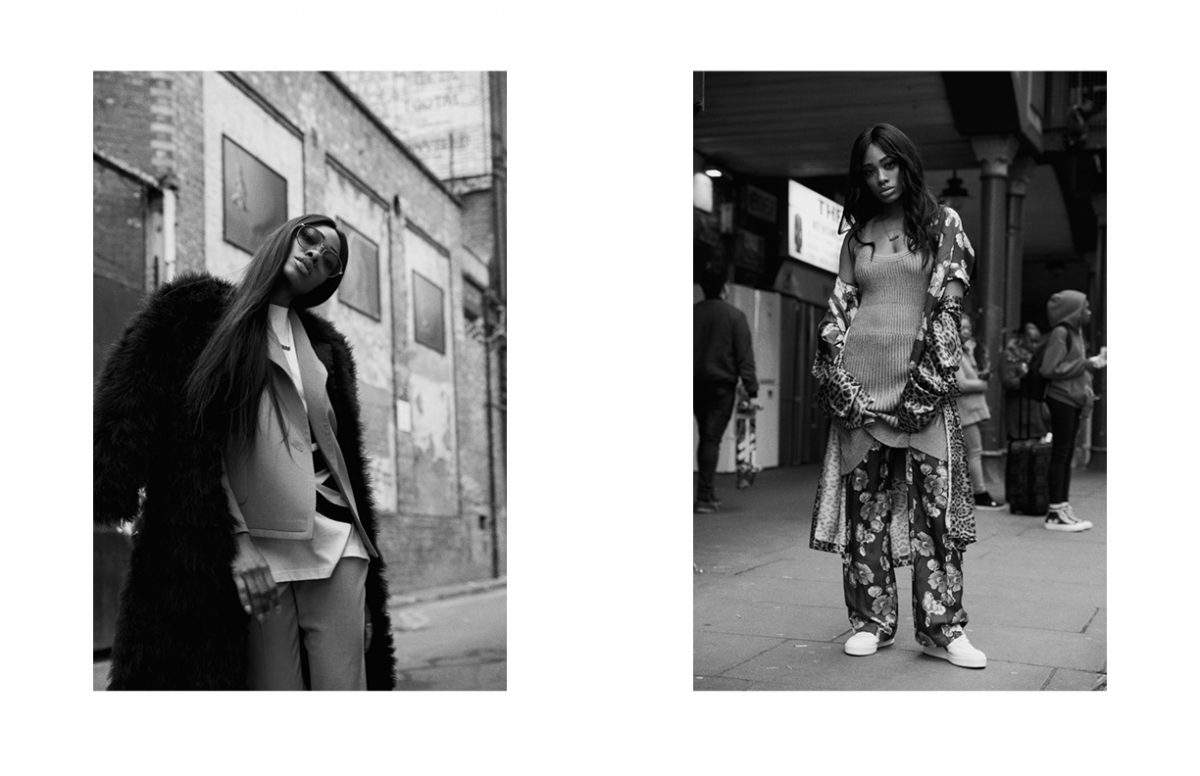 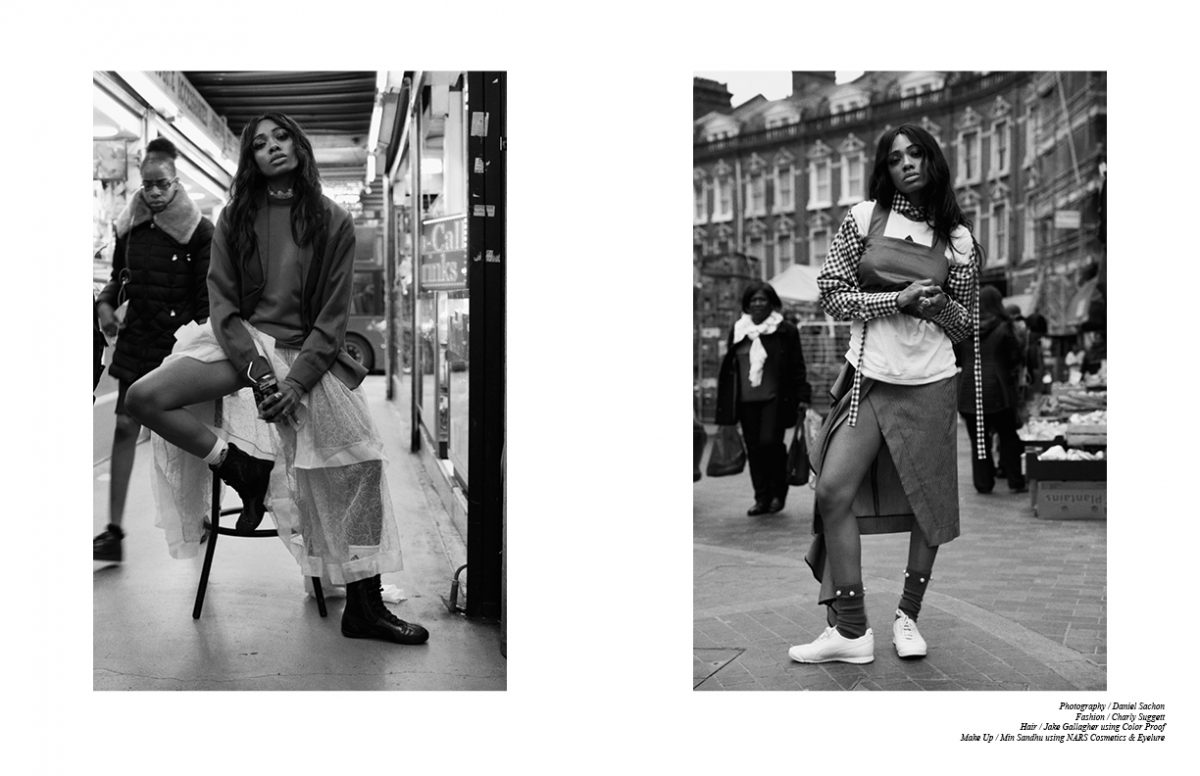 Having already played to large crowds of up to 50,000 attendees on the touring circuit with the German music duo Madcon in Europe, both her Lé Funk and MAAD’s sound are “pretty worldly and broad,” she explains she makes music for all types of people, “I try to make music with my influences of love. I feel love is just a world topic, and the fact that you could put a really amazing track to it helps it. I can see myself having a very broad range of audiences at my shows. If we could just figure out a way to be more open to newer genres, the game would change.”

The name Lé Funk is a play on her stage moniker, which stems from her childhood nickname given to her by her mother. Heavily inspired by French culture and of course, funk, a friend in the studio suggested she should sell merch wit the words LE FUNK on them. “While I was working on the EP, I thought, it 100% fits the feeling of the project – I have always been in love with soul and funk, the entire project just makes sense,” she adds.

One should point out that the authenticity of the project’s release lies in the fact that MAAD is independent of a record label. “[Being independent] influences my sound. We are in an age where being indie, you feel so much more liberated,” she explains, “I have so many friends who are signed who are maybe not able to have the freedom I do, so even being able to make your own schedule and figure out your sound… it’s not like a big machine telling you [what to do]. I’m lucky to have that and that route – it’s taken me some time with how it has turned out,” she adds. Being independent also lets her work with her producers of choice.

What’s next for the current star on the rise? “I’m already working on my second EP with producers whose work I love,” states the artist, who is also looking to take her experience from being on set, bringing this to future visual projects. “A huge part of my brand is visual, I really enjoy doing videos and images. I think at some point a visual album could be really cool – I have the ideas in my head, it’s always just finding the time to get all done,” she shares. Is there anyone in particular she would like to collaborate with? “I would love to get in the studio with Pharrell. I feel like he would not only be great with music but with conversation,” she explains excitedly. Guessing that’s a third EP to add to her already full plate.

Lé Funk is now available on Spotify and iTunes.