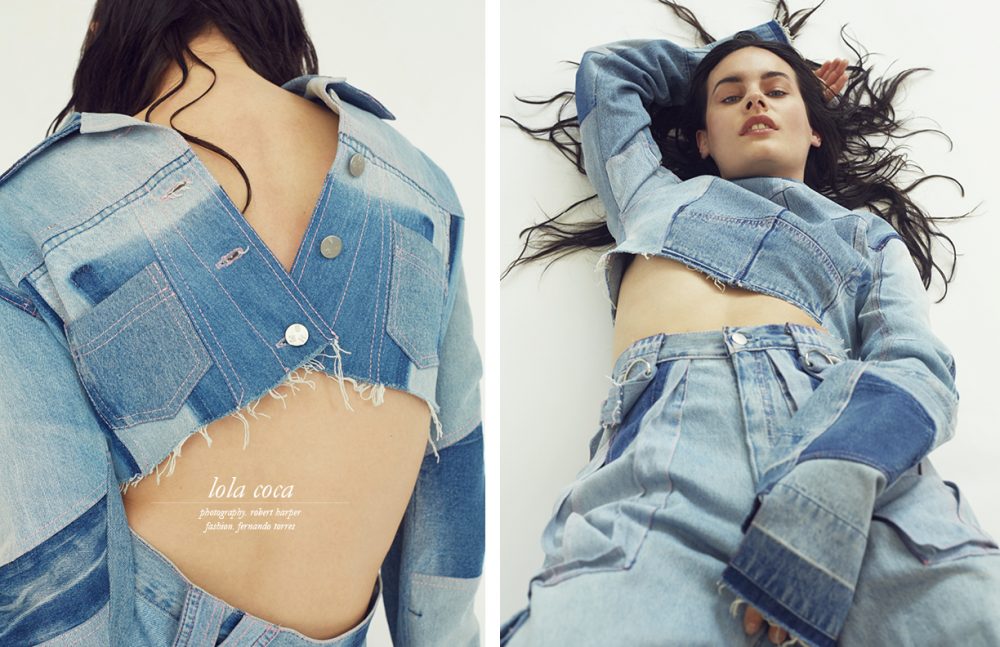 Lola Coca is not your average female musician. Lola Coca is outspoken yet thoughtful, hilariously witty, and politically opinionated. Socially astute, she knows when to keep it sweet, but also when to delve into the deeper issues. Lola Coca is just what pop music needs right now. Hailing from Portsmouth, the now East London based singer-songwriter is so much more than a tell-it-like-it-is crooner. The introvert-extrovert with a degree in Philosophy and Psychology from King’s College spends her time reading, writing music, questioning the world and collaborating with her friends, who are also like-minded people seeking truth in the arts.

“I’m quite an intense person,” Lola (real name Lauren) Coca says at the end of her photo shoot in an East London studio. “I always want to be on the right side of justice, knowing whats right rather than knowing ‘what’s up’,” she admits thoughtfully as she chooses each word carefully to describe herself. “As light as my music is, I think a lot…probably too much.” And an audience has certainly taken notice. Lola Coca’s first hit, Bad Girlfriend was written from her own feminist perspective, when she was “in a place where I thought, I just don’t know why we feel obliged or should be expected to do things [sexually] for our boyfriends just because it’s their birthday,” she explains, certainly exercising her right to play Devil’s Advocate, a brain muscle that was often used throughout her years studying philosophy. 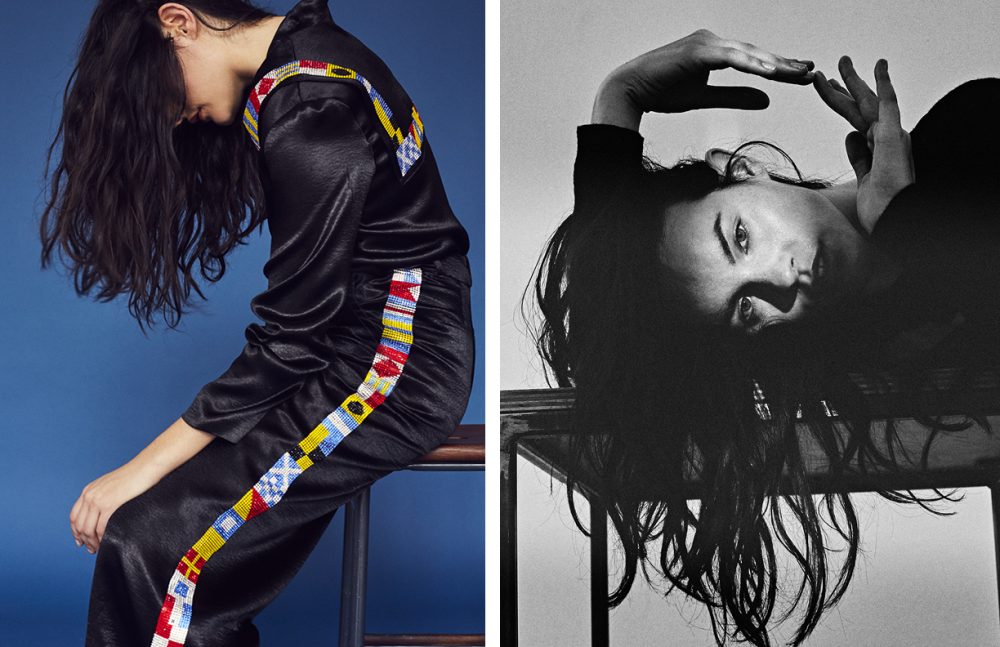 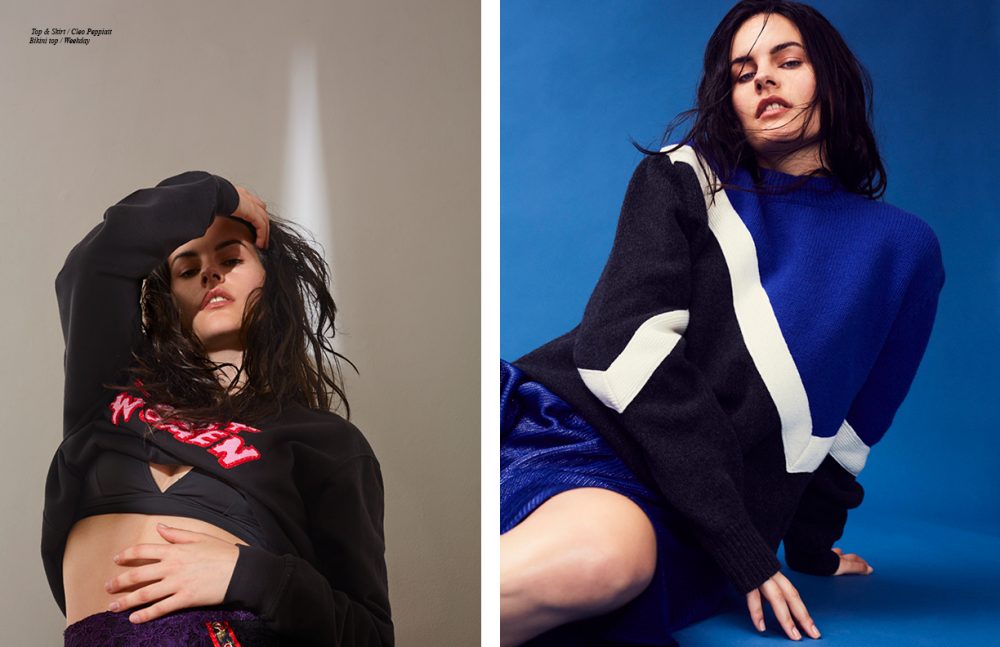 While at King’s, Lola was occasionally modelling, using the money to pay towards university, while music was always her forte. “Modelling is a very one-track thing, my mind would be on 1,000, but it didn’t really support what I needed emotionally, spiritually, or creatively,” she explains. It was a modeling gig at Cult Gay Club Heaven, where Lola began to express herself through music, dance, and her sense of humour. An in-house dancer at Heaven noticed her dance moves backstage before she hit the catwalk, and invited her to dance with them regularly. Lola Coca was making friends, money, and expressing herself with Lip synchs and performances for the next three years. “You would meet loads of people, non stop, all the time.” Funny considering that now, Coca hardly goes out, “I have no interest at the moment.”

Rather than hitting the dance floor, Coca has found a group of like-minded individuals, much like a salon of intellectuals of the Lumières, who discuss the bigger issues in society, create art, and use their group as a platform to promote one another’s art as well. The collective are called Bad Colour, who also consist of founder and singer-songwriter Jordan Stevens (of Rizzle Kicks fame), poet laureate Caleb Femi, and Joshua Joseph, just to name a few. The group collaborates on exhibitions and create merchandise as well. Their Instagram has also received a lot of attention. “We [Bad Colour] provoke and ask questions about the things that we accept, we got on with our projects, and we try to provoke more thought. We ask questions, like ‘why?’” Lola lights up as she discusses her passion project, whose Instagram has posts on a beautifully coloured layout with questions such as “Will we ever evolve beyond violence?” to “Is drug abuse a criminal issue or a matter of health?” 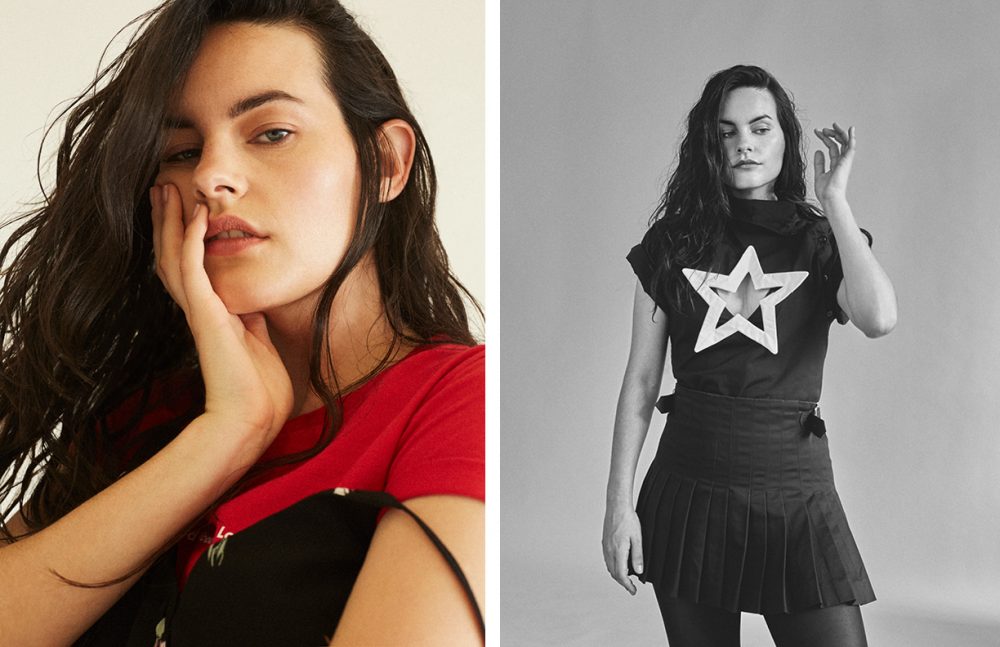 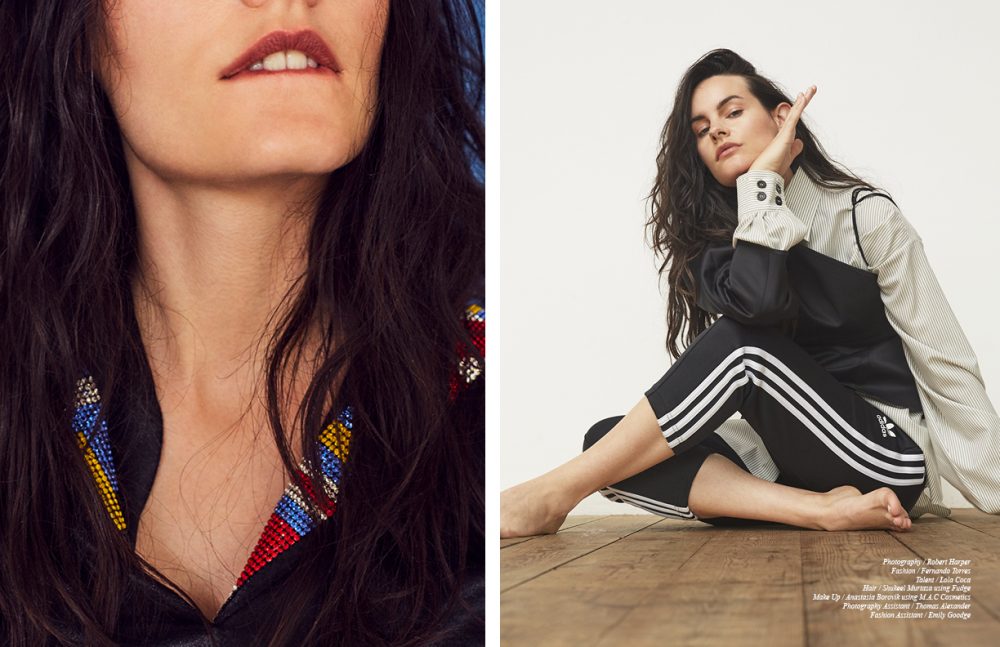 Lola Coca is authentic in her songwriting process. Fresh from performing around London, the singer is already back into writing mode. “I wanted to get the first project right, and I wanted to get it as a proper representation of me, and that took a while. It was almost like I didn’t want to start anything else until I knew that was taken care of. So now it’s like… who am I now, who am I today?” Lola Coca’s popular single, Ego, was written as a love letter to her ego. In true philosophical form, Coca is always on both sides of the fence: “It’s just kind of appreciating how useful it is sometimes [the ego] I kind of see it as a tool, or as a really destructive thing. Ego just does this thing whether you like it or not, it just acting for you, there are so many levels to it. I just wanted to give my ego a song. There was a lot of social media-related ego influence in people’s egos. I wrote the song about two years ago, so the whole super-wave of social media was just starting. I thought, ‘wow, this is really taking over my life. What is this and why do I care so much?’”

Lola Coca certainly has an engrossing body of work ahead of her. What is next for her? “I am trying to do work, stay social, stay hydrated. You never stop in London, even on my day off, I am never just still,” she says, as she suggests Sydney, Australia, as a place where she may want to record her next album (her first album was recorded in Los Angeles on a shoe string travel budget and very few contacts). “I’m tempted to try out Sydney, I’ve just got to go, see what happens. I find when I put myself in extreme compromising things, it seems to work out. I land on my feet in that way a lot, and I think if I am in my comfort zone, nothing is really happening, nothing is really going on. The moment I put myself out into the territory where I don’t really know anyone, I don’t know what I’m doing, I don’t know if I like this… that’s where all the gold happens.”

The Only Child by Lola Coca is available worldwide here.