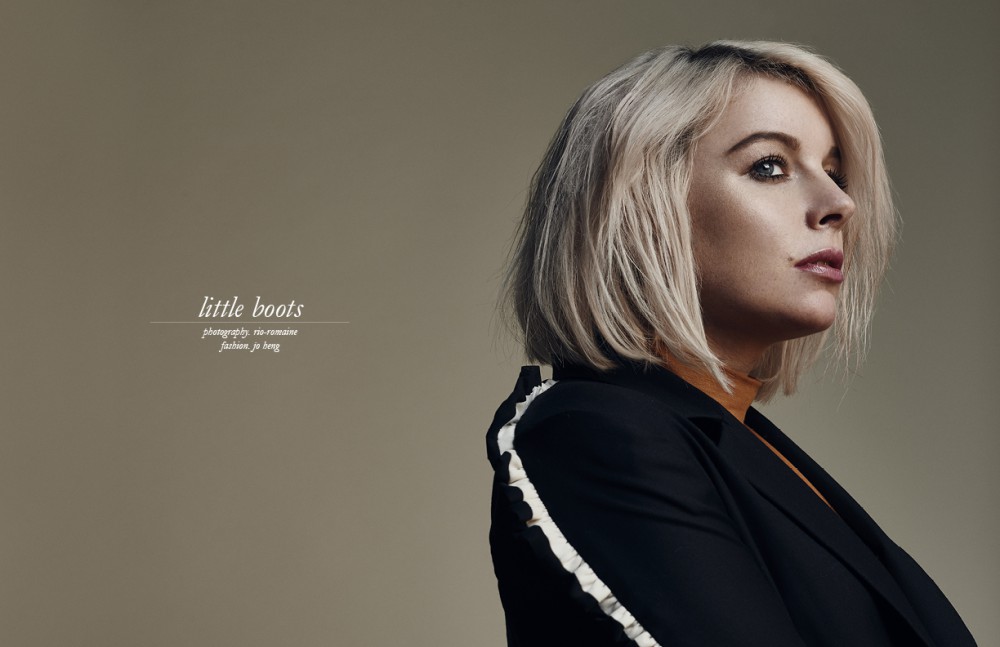 Inspired by early ’80s and ’90s power women, Victoria Hesketh, better known as Little Boots, made her big return to the airwaves with her record Working Girl, released earlier this year. A concept album revolving around the setting up of her own record label On Repeat, as well as her transition to becoming an independent artist, Working Girl is the third studio album of the Blackpool-born electro-pop star. Schön! sits down to discuss the trials of learning how to run a successful business, her past at Atlantic Records and the current state of glittery pop world.

In the past, when you were signed with Atlantic, what were the pressures of having a certain image and singing about certain things? Were there any sacrifices or compromises on ideas, musical inspiration and direction for example?

I guess at that time I didn’t feel completely in control of my image. I think it wasn’t just the people around me, I was a part of that as well. There’s a lot of pressure related to imagery especially in the pop world and when you are younger and presented in a certain way, it takes a strong character and a strong vision to stand up to that. I was quite naïve when I started out and it took time to figure out what it is that I want and how I want to be represented. There’s always the impression that I may be not happy about how I looked and how I came across but I think that that’s probably the same for everybody at some point.

Do you have any regrets?

You’re always going to look back and think ‘oh I could have done that differently’ but you can’t really regret anything. Everything you go through gets you to the point that you’re at now and without that I wouldn’t be here doing this in the way that I am. Everything makes you what you are. I’ve done some amazing things even though there were times when maybe I wasn’t totally in control.

Now that you have your record label and you’ve become an independent business woman, what do you think the biggest differences are?

It’s a bit of a reality check, everything has become very transparent. It’s no Cinderella-going-to-the-ball kind of mentality anymore. It does kind of kill a bit of the romanticism that you have when you’re starting out about being an artist. But I think it’s the only way to do it and you have to be aware of everything and be involved in all of the decisions. It’s tough being in the pop business and it’s a shame money kills a lot of the joy but you have to do that to make it work. It’s difficult but then it’s about getting the right balance and being able to keep things separate and switch off when you need to.

It’s interesting how you say that business can sometimes kill the joy. Recently Zayn Malik has been saying how he wasn’t necessarily happy about what he was singing. That can create a debate on image building and the pressures of social media and strong branding…

I think it’s difficult but you can’t have the best of both worlds. You can’t have everything just how you like it, sing exactly what you want and say whatever you want on social media. I think it’s very difficult to tick all the boxes. There are very few artists who are very successful and doing exactly what they want to do. I think that the pop world is definitely getting smaller. It feels like there’s a lack of a dominant part in music now because people have so much choice with the internet. They don’t have to listen to Radio 1 to get music. There are a few artists like Adele and Taylor Swift who are obviously huge but then it feels like maybe that kind of big shiny pop world is becoming smaller. 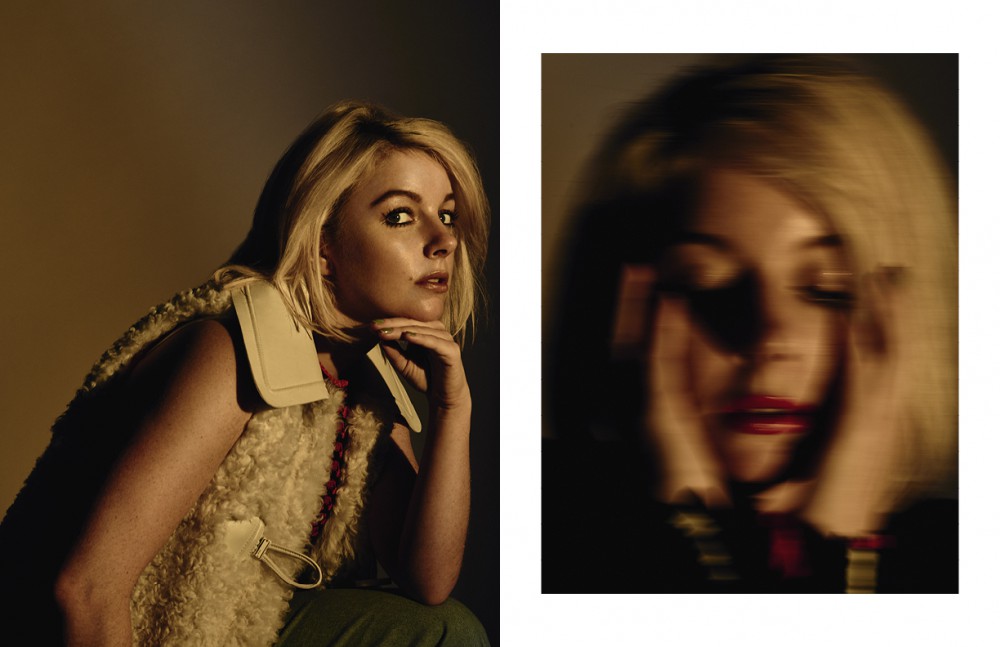 Do you think that something similar is happening to the audience as well?

People are definitely more savvy now and because of things like Twitter, an artist can build a relationship with people and everyone is getting smarter. If they don’t like what they see they can just go elsewhere and you have a lot more choice. The consumer has got a lot more power now but I think that what people want is getting split over a much bigger variety of music rather than everybody just being into the big mainstream music. It’s interesting and I actually think it’s starting to get more power out of the way, if people don’t like what you’re doing they can just go somewhere else.

How does being independent influence your creative process? Surely in the past your ideas and musical inclinations must have gone through various degrees of approval at your previous record label. How has that changed, creatively speaking?

It’s changed a lot actually! On the one hand, it’s incredible because I don’t have to hand my homework in anymore and get it marked by the teacher and get it ticked to be allowed to release something so I’m in complete control and it’s fantastic! It’s obviously pretty liberating.

On the album there are some really interesting collaborations with Com Truise and Ariel Rechtshaid for example. How did they come about?

I’ve actually known Ariel for a while, we worked together a long time ago but what we did didn’t quite fit in the last record so I really didn’t want to give up on that. Ariel is incredibly talented and doing so well now. So that was an old one I kind of managed to save [talking about the track Better in the Morning]. Then with Com Truise, we just reached out to each other and I didn’t really expect him to be into it and he really was which was great! [laughs] We never actually got in the studio together but that’s quite nice because you have time to work on your ideas at home and then send them off. Those are quite different collaborations but it’s great to have them on the same record! 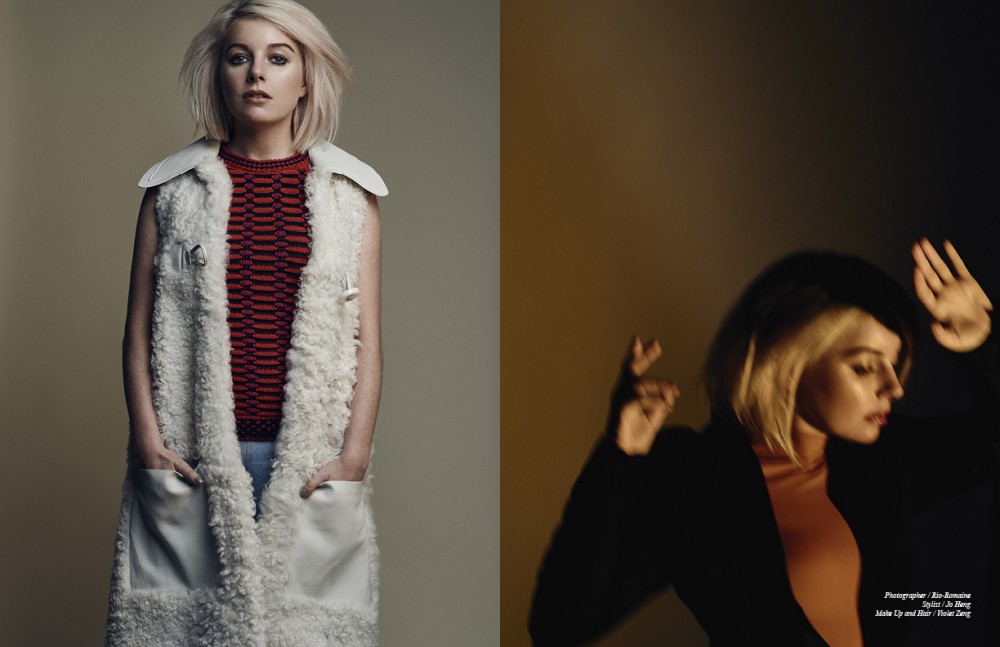 Being the theme of the album female roles and empowering women, were there any specific role models that you had in mind when you were creating it?

My mom is probably the biggest one. She is a classic power woman of the ’80s! Obviously the movie Working Girl and that whole era which I absolutely love, Melanie Griffith is just incredible. I spent a lot of time looking at old fashion ads from the early ’90s like the Yves Saint Laurent campaign for working women and a lot of the visuals and the imagery came from looking at these old ads and so on.

Now you’re the head of your own record label On Repeat and a full fledged working girl – we were wondering what kind of boss you were?

[laughs] Well, I always say that I’m the CEO and the tea girl and everything in between! [laughs] I have a really good team around me, I don’t really tend to boss anybody around. I boss myself around a lot! Most of us in the team are women just by chance and we have a great little gang. We have a really good little network of working girls. We all collaborate but also work for ourselves. It’s always nice to know that there’s always someone you can ask for advice. It’s young women working in music, helping and supporting each other and not being competitive.

When id you first think of setting up your own record label? Did you think it was going to be this successful and in constant expansion?

I set the label up during my second album which was a quite stressful and confusing time. All I knew was that if I was going to set up a label and self-release, I didn’t want it to be there just to release my own records. I wanted it to be a real label that could sign other artists, that could do bigger things and that was always the dream right from the start. Then with my label partner, he was in my band at the time, we decided we were going to do that in the back of the tour bus.

We’re still looking for some new artists. I would like to release more artists but we really have to love someone to do that and I haven’t found anything for a little while that we loved enough. But I love that it’s a real label that can sell records around the world!

What can we expect from you in the near future?

I’m just on tour at the minute, I’m just in a service station on the way to Leeds…How glamorous! We’re playing in Mexico next week and then Barcelona the week after and then that’s it for this year! I’ve been working on a new EP but I’ve also been working on writing music for other people and I might be working on an app as well which is quite exciting!

Working Girl is available worldwide through On Repeat.