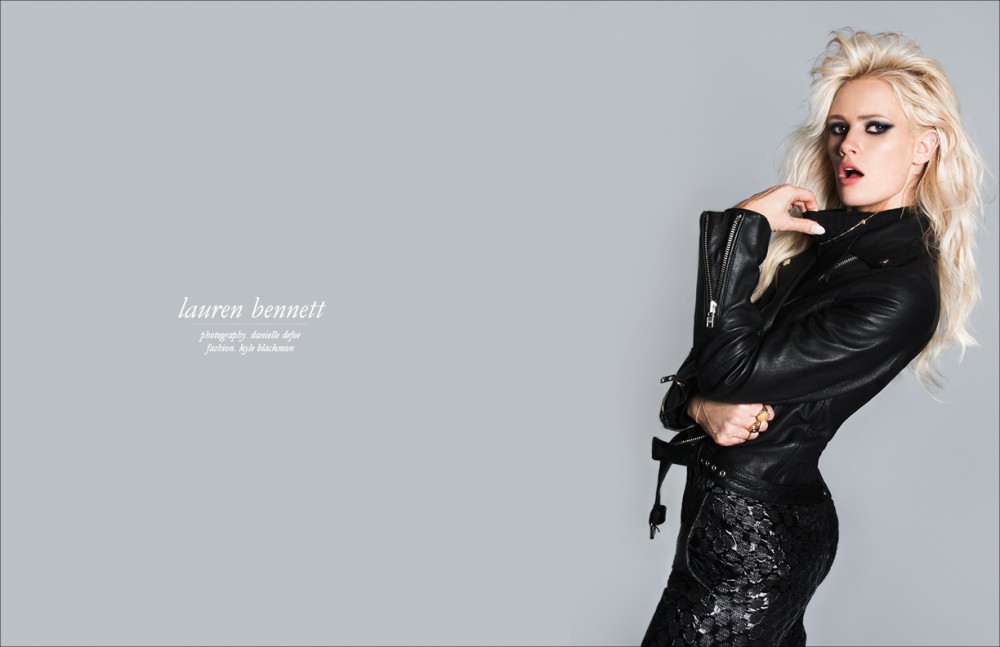 Although it may be true that 2014 was undoubtedly the year of the boy band, with One Direction shaping the lives of just about every teenager, 2015 looks like it is set to see the reincarnation of something the music industry had seemingly forgot: the girl band. This became evermore evident as Schön! sat down with Lauren Bennett, one part of The Pussycat Dolls’ creator Robin Antin’s new troupe, G.R.L, to discuss moving from the UK to LA, working with will.i.am and moving on from tragedy.

“I grew up listening to soul music,” says Bennett, “a lot of Motown, my mum also played jazz. I started singing when my Dad brought home a karaoke machine.” At the age of twelve, the same man who kick-started her singing career also began entering her in talent contests. This lead to a stream of gig bookings in venues around England and later, an audition to be part of multi-national girl band Paradiso Girls at just the tender age of 17.

This co-incided with her move to LA to be with her 21-year old bandmates in 2007. “We had a song called Patron Tequila and I couldn’t even legally drink [in LA], which was annoying!” She says, “But other than that I had a lot of fun, a drastic change of lifestyle with a lot of growing up and learning.” Although being catapulted into the spotlight at such a young age can often be damaging, Bennett never forgot her humble hertitage. “I grew up in the countryside in a little village where everyone knows each other,” she says, “it was a big change but I’ve loved my time in LA so far. My dad even tells me I’m getting an American sense of humor when I speak to him on the phone.” 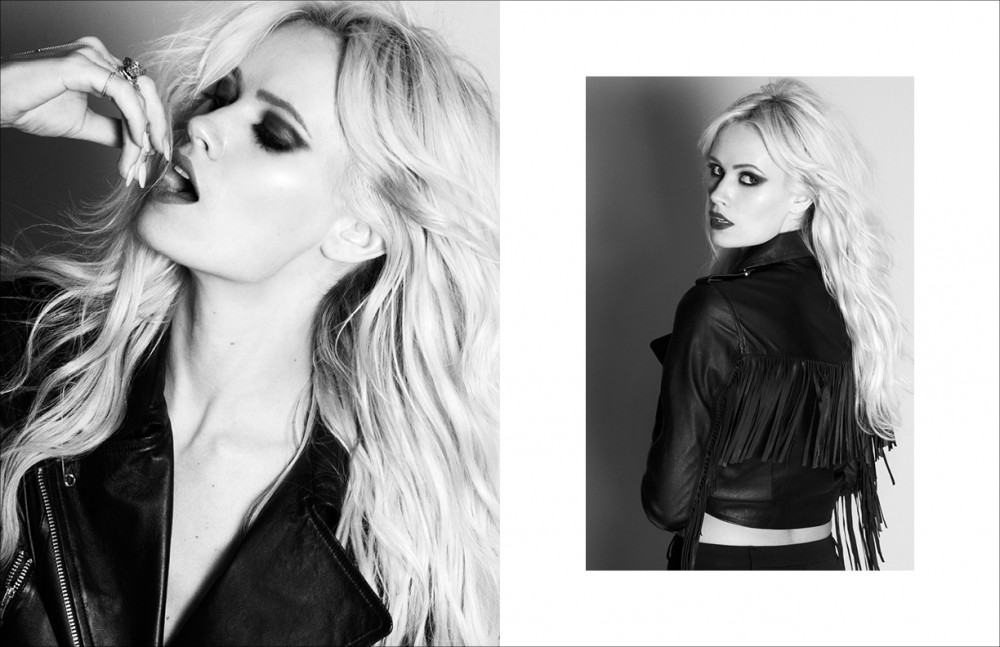 Three years and two singles later, Paradiso Girls were put on an indefinite hiatus, which left Bennett with time to work on her solo endeavours. “By the time Paradiso had ended I was ready to move forward,” she says, later releasing single I Wish, I Wish in 2011, working with will.i.am and collaborating with L.M.F.A.O on hit single Party Rock Anthem, “my solo work showed more of what I am capable of as a singer but I didn’t feel like it was going in the direction I wanted.”

A career-long relationship with Pussycat Dolls founder Robin Antin carved the next chapter in her journey, ending with her appointment in current girl group G.R.L. “I jumped on board because I just felt that I would be in good hands with [Antin], she’s like family,” says Bennett, “joining the group would allow me to be mainstream and build a fan base where even if I was to put out solo music at some point I would have somewhat of an audience that will support me.” 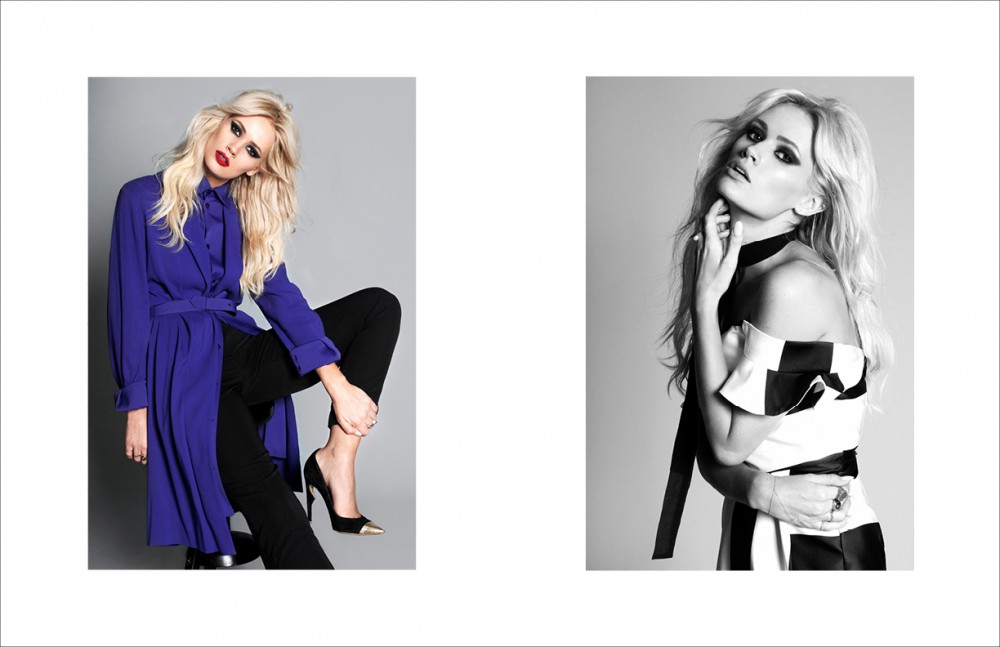 Initially created to replace the missing members of Pussycat Dolls, G.R.L was formerly created in 2013 with bandmates Lauren Bennett, Emmalyn Estrada, Natasha Slayton, Simone Battle and Paula van Oppen, most of whom Bennett knew through mutual friends. “G.R.L’s music style is obviously different from the Pussycat Dolls as they were definitely more urban and we seem to have gone in a younger, more pop direction,” says Bennett. Working with producers Dr Luke and Max Martin, who produced hit songs for the likes of Katy Perry, Britney and Miley Cyrus, G.R.L have enjoyed success so far, with song Ugly Heart reaching #2 in the Australian charts last year.

Alongside their success, 2014 also brought sorrow to the group, losing bandmate Simone Battle to mental illness. “Simone was a massive part of this group as both a friend and performer,” she says, “we will always be missing that piece, although Simone’s creativity, drive and character continues to inspire us as we move forward.” Since Battle’s death, the band has teamed up with charity Change Direction and released heartfelt memoir Lighthouse earlier this year. “Since we are connected to a young audience, we want to be there for them and educate them,” she says, “Simone was too young to take her own life and there are others that are even younger at risk.” 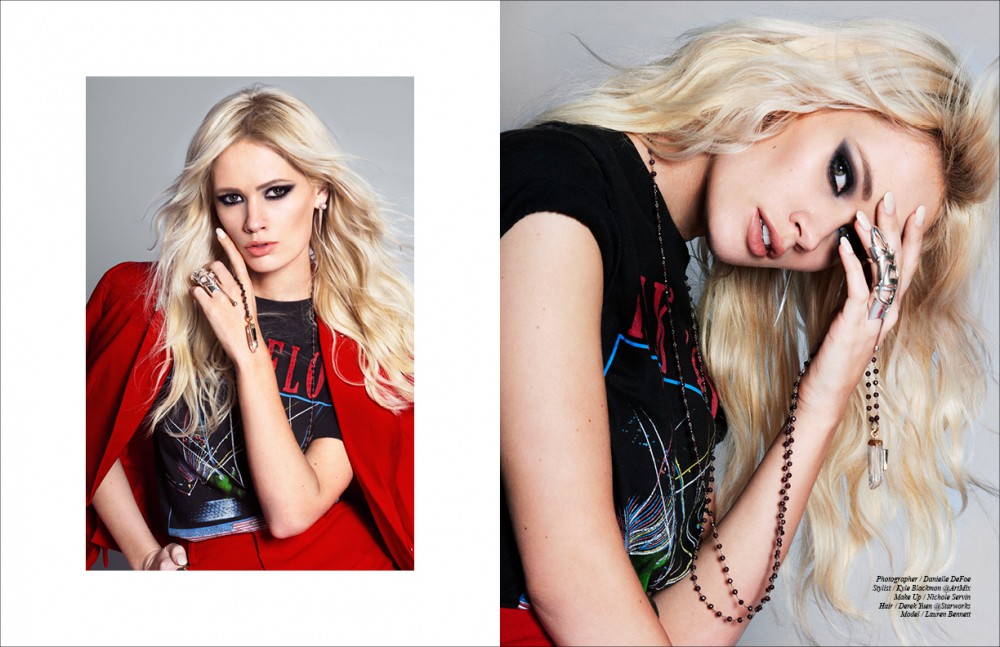 As a four, G.R.L have been travelling, with a show in Vietnam and plans to open a few shows for Meghan Trainor in Australia. In the meantime, Bennett has us following her antics on her Instagram page, where she showcases her vintage inspired and very lustworthy personal style. “I’ve always been into fashion but I think I’ve only just figured out my personal style in the last couple years,” she says, “I realise now you can be the person you are striving to be through fashion.”

Although she’s very happy with her ‘G.R.Ls’ at present, Bennett is open to new projects in the future, “I don’t plan on leaving my G.R.Ls but I’m sure each of us will venture out and do different things at some point,” she says, “we’ve told each other even if we did [go our separate ways] we should always remain in the group.” Currently working on their next single, which Bennett describes as the record that could be “the song that is going to show us at our best,” we’re betting on G.R.L as the girlband to watch this year.

This Schön online exclusive editorial was produced by