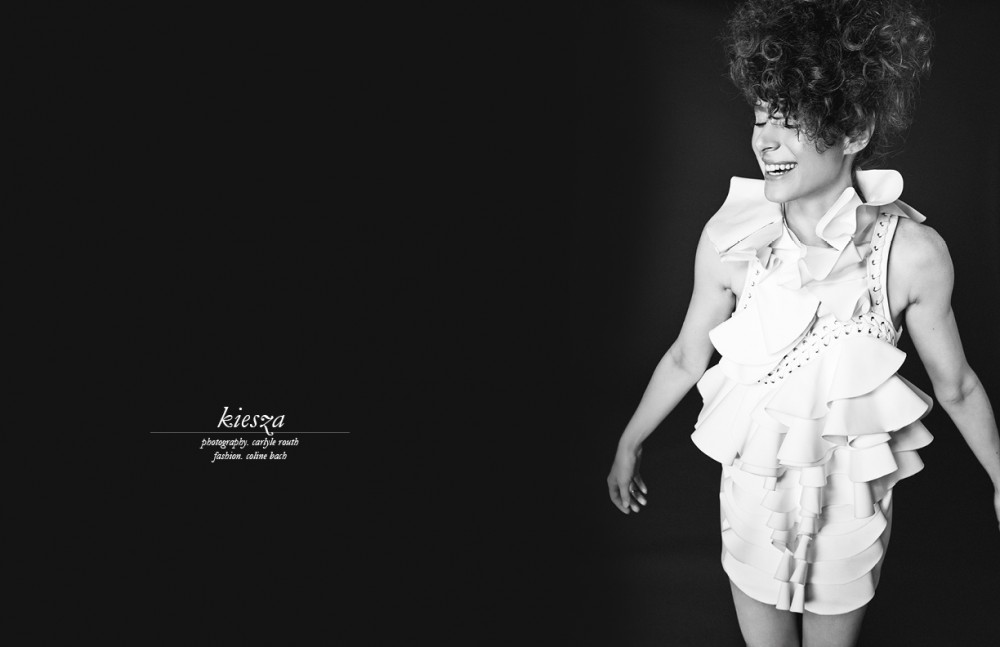 It’s been a whirlwind couple of years for Kiesza. While the explosive success of Hideaway is merely the tip of the talent iceberg hiding underneath, its quarter of a billion views certainly cemented her status as the world’s favourite dance artist of 2014. As the Canadian singer-songwriter-dancer winds her way around the globe, hopping between different time zones, Schön! catches up with her as she’s travelling through her home country, shortly before she heads out to Russia. Over the past year, Kiesza has come out from behind-the-scenes, where she wrote the tracks for others, to fronting her own show: from club, adrenaline-inducing dance tracks to ballads and soulful anthems, her debut album Sound of a Woman, released late 2014, is working its magic to a global audience.

Dance may have always been her vocation, with a past of training professionally in ballet – a career that was truncated after an accident – but singing came as more of a chance encounter. “I had to stop ballet for quite a few years and that was really tragic for me. So when I was able to bring dance back into my career and combine it with music, I was taking two things I’m passionate about and bringing them together,” she tells us. Sailing replaced dancing, but it was out on the water that singing came to her. “I first started song writing on a boat, and that song ended up getting on the radio,” is her humble observation. “Sort of chance things happened. I ended up playing my first song at my neighbour’s house, there happened to be a radio downstairs and he invited me on the radio. From there I ended up meeting people in the song-writing community.” 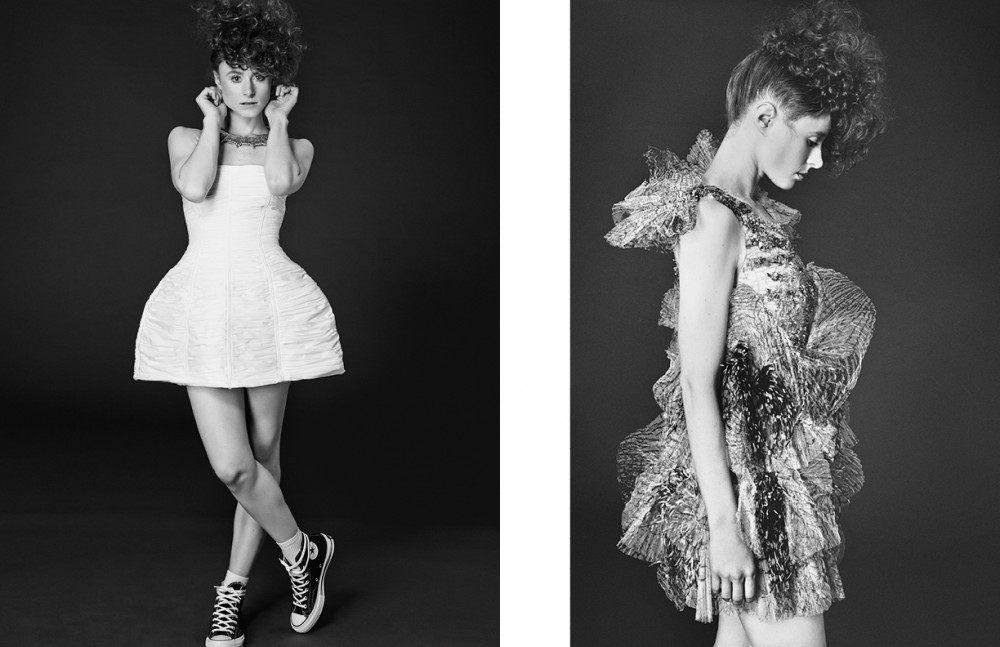 Music had her full attention – a stint at a music school in Canada launched her into the industry, before she obtained a scholarship to continue studying at Berkeley. “I’m classically trained on the piano from when I was younger,” she tells us. A musical upbringing that had her listening to anything Scandy, from her Dad’s Norwegian side, to Michael Jackson from mother’s influence, the ‘90s influences in her work is rife with house and dance references. “I learn a lot by ear, so I’m very self-taught. I taught myself to songwrite. You can’t really teach a person that.” The lifestory of pop people penning tracks before outshining the people they write for (Lady Gaga and Jessie J spring to mind) is certainly becoming a familiar narrative. A promise, no doubt, that writing talent is getting its just deserts.

“Before Hideaway picked up, I was a songwriter for other people, which was my goal and my direction. I had side projects; Hideaway was actually part of my side project, just one of many!” Her work was already up on the airwaves – with tracks written for Rihanna and Kylie. But then Hideaway exploded. “It was mind blowing,” she admits. “It was quite hard to process that something I did going was going viral without me expecting it to. It just sort of happened.” 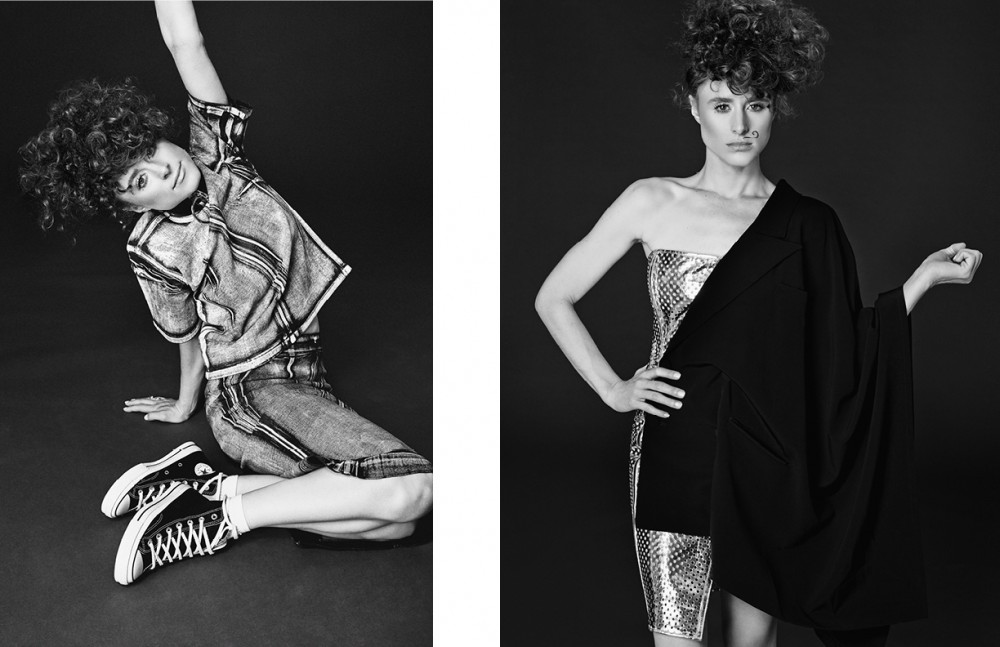 The track got mad love when it premiered on Soundcloud – even before the viral video made its way onto the web. “People were actually recording it in clubs and putting it online and asking, ‘what is this song and how do I find it?’ It was pretty amazing for me to see.” The four-minute continuous take, filmed in Brooklyn backstreets, had people falling over themselves for the twenty-five year-old.

A fractured rib on set didn’t deter her from finishing the video. “You know when you work out in the gym and then a day or two later your muscles actually start hurting? It was like that,” she tells us. “It didn’t really get bad until a day or two later. It really hurt doing the video, but I ended up being stuck in bed for about a month, and that for me is like the end of the world.”

It would be misplaced to attribute all of Kiesza’s success to mere Internet hype – from industry insider to forefront of the pop and dance scene, making headway in a male-centric industry is no mean feat. “I have very strong values and I wasn’t willing to lower myself to further my career,” is the response she relays. “I was willing to take the long road. It always comes down to finding and surrounding yourself with good people.” How to make a success story out of it? “You have to be really honest with yourself, for safety too. Trust your gut, and don’t do anything you wouldn’t normally do to get ahead. Don’t sacrifice your values, ever.” 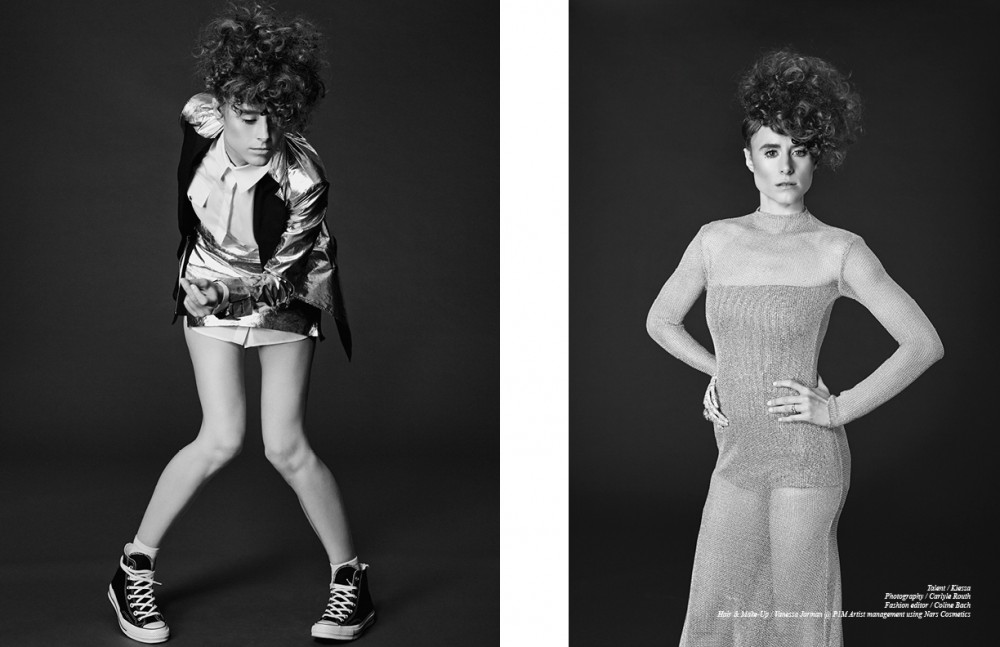 A Youtube Music Award, Juno Awards and multiple nominations would act as testimonials that her gut instinct is good and that her uncompromising attitude has paid off. She’s collaborated with Duran Duran on their upcoming album after Simon Le Bon singled her out for a track. She’s designing her own line for Bad Bunch NYC and reportedly working on a full opera. How she manages to combine all of these into a one-woman show is baffling.

“You’ve just got to keep calm and eat really healthily,” is her one imperative. Now she’s playing live on The Ellen Show and appearing on stages left right and centre, the incognito aspect is slowly disappearing. “It’s what you sacrifice with a career in entertainment,” she admits. “I guess the way I cope with it is trying to appreciate it and understanding the positive angle.” Kiesza is unrelentingly active. She’ll be taking time off in autumn to work on writing her new album, she tells us, but from here it’s all onwards and upwards. Broken ribs notwithstanding.

Sound of a Woman is available worlwide here.