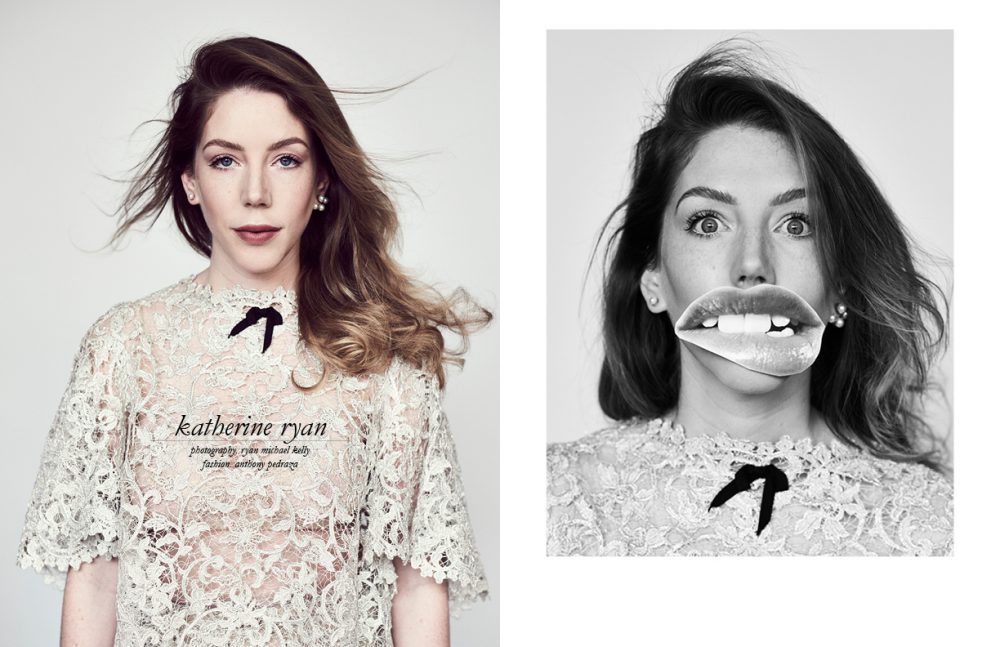 At the end of the halls of a Brooklyn photo studio, we find comedian Katherine Ryan in the middle of a friendly row about the Kardashians with fashion photographer Ryan Michael Kelly. “I understand what you’re saying, but I am one of the great supporters of the Kardashians,” Katherine tells Ryan. She turns with a warm smile, as they put their conversation of celebrities on hold, and offers a soda. We sit down to instantly discuss Katherine’s humble beginnings in Canada and forming a sisterhood with her co-workers when working at Hooters. While she narrated her story, quick wit seemed to roll off her tongue. The fact that she doesn’t let criticism crawl under her skin made her that much more charming. We dabbled in fake news and how society is a consumer of fame. Katherine went on to explain what good comedy really is and how it can deliver the sincerest form of truth.

The Canada-born, UK-based stand-up comedian who has been dominating the UK television and live comedy scenes, has made her mark in the US with her very own Netflix Original Comedy Special. Katherine is only the second British-based comedian to do so, after Jimmy Carr.

Did you do comedy growing up?

I always just did the sketches with my sisters. We made little videos and wrote funny things. Everything that I’ve always done, whether it was received positively or negatively, I didn’t see the point if it wasn’t funny. Comics are never supposed to make things worse. They’re supposed to make things better and relieve tensions off scary things. Even when I was small, I didn’t want to do a school report unless I was trying to make it funny.

You studied urban planning at Ryerson University in Toronto. What did you take from your studies, that then transferred to who you are today?

I was thinking pragmatically. I didn’t want to be an actress, but I loved being close to that multicultural, busy, fast environment. I didn’t know what I wanted to do, so I took urban planning. I worked at Hooters while I was at university, another big city thing that wasn’t available to me in my small town. That’s where I learned the most transferable skills that I use today. You would think that Hooters is this place where women are completely oppressed. And it is, in a way. We are for decoration there, but the inner workings of it, it is very much a matriarchy. And I met really interesting young women.

They wanted to be noticed in some way, but it was the wrong way because back then I was still 18, learning about feminism, and my place in this world. I really thought that the best thing you could be was pretty. I thought that people would be nice to you and that you’d have a better life. 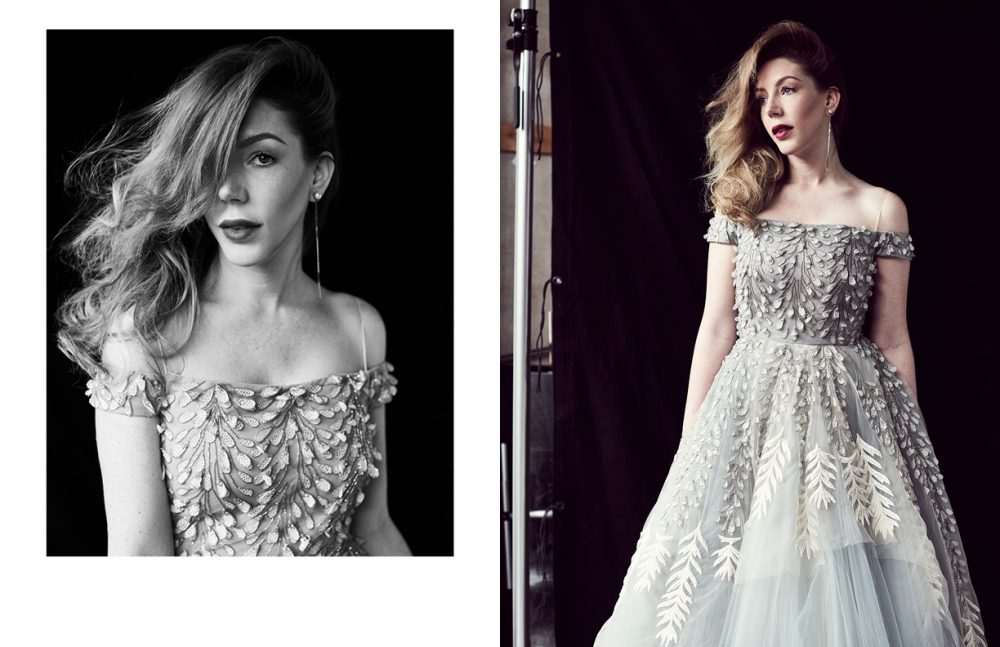 Tell me about your entire process from brainstorming, writing, to performing. Do you test your material on friends first?

I don’t really have any friends, so no. In the UK we have a really rich open mic environment, which is part of the reason that I moved to the UK ten years ago. It’s a really good place to be a beginner because you can get onstage every night of the week if you want to. I feel like in New York or LA that’s not possible. In LA you certainly have to be famous if you want stage time. When I have new ideas, I just write them in my phone almost all day, everyday. If I think something is funny, then I’ll make a little note of it.

We also write with pens and use notebooks and paper. We’ll write almost a skeleton, a map of what we want to talk about that night. Most comics that I know do this. And then you go on stage and it’s really easy to get five minutes anywhere in London, and I mean that. For the Netflix Special, it went from 5-minute open-mics to 10 minutes, to 20 minutes, to touring it. Your tour show is about an hour and a half to two hours. I’ve toured three different shows in the UK. Again, there’s just demand for comedy so you can do that. The Netflix Special is the final night of my tour. I had already toured that show for probably eight months.

For each show, is there a way to get feedback from the audience at all?

It’s funny because you can have the same material done so differently at two different gigs and that’s really what I love about criticism and comedy. I love that we all love different things. When people don’t agree with something that I’ve said, criticise me, or don’t find it funny, I’m so peaceful about that because I think it’s just an example of balance. I love it. Sometimes people don’t laugh, and that’s the only criticism that counts. You learn. If you do it maybe two or three times and you’re the only person who think it’s funny, then maybe you should stop saying it, or maybe you’re not being clear. If you really believe in a premise, just write it a different way. I think Chris Rock said, often it’s not your punch line that’s wrong, it’s your setting up of the punch line. 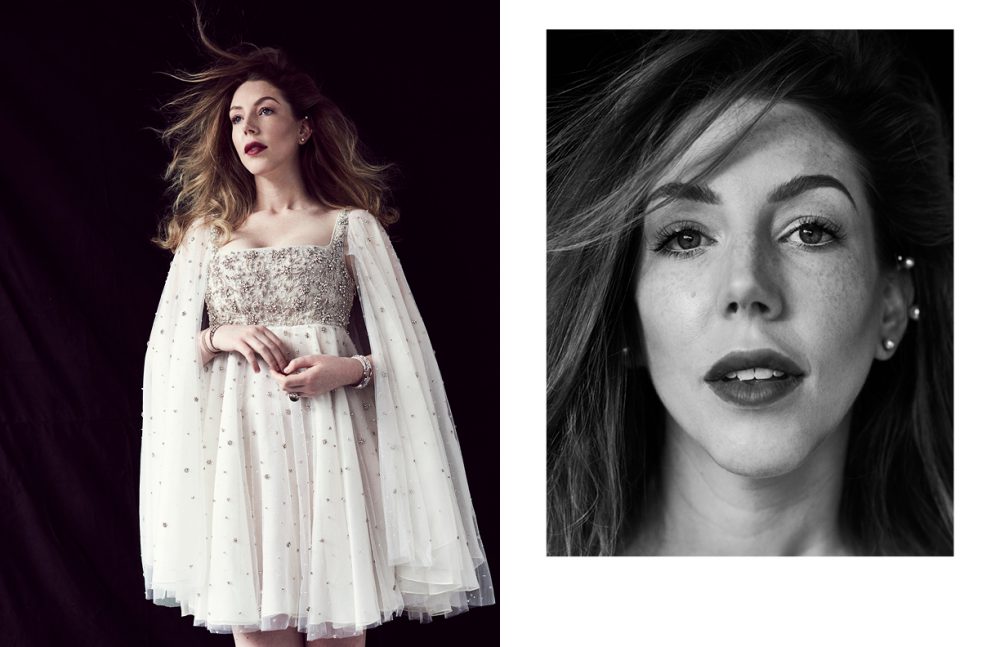 According to you, what is good comedy?

I like comedy that is a little provocative. When I was starting out, I didn’t know what drew me to edgy comedy. I think a lot of new comics are becoming “shock comics,” but it’s not really progressive or provocative just to say something shocking. I love the edginess of Louis CK or Dave Chapelle. What is it about what they do that I like? To me, the best comedy is usually satirical. It’s a snapshot of what’s going on in politics or culture with your own authentic voice applied to it. When I watch a comedian, I don’t just want to hear jokes; some people do. I want to really identify with a comedian’s unique voice – this is what makes them valuable. I’m still learning when doing comedy, which I’ve done for 10 years. It’s not long enough. Comedy is this wonderful trade that you should be doing for 40 years before you know what you’re talking about. I’m always interested in the perspective and the voice on a given issue because the news is too serious for me.

I feel like politicians tell lots of little truths, but the bigger picture is this massive lie, whereas comedians tell little lies, but the central point is this great truth. I feel I get more truth from comedy than anything else. That’s how I like to ingest the world. 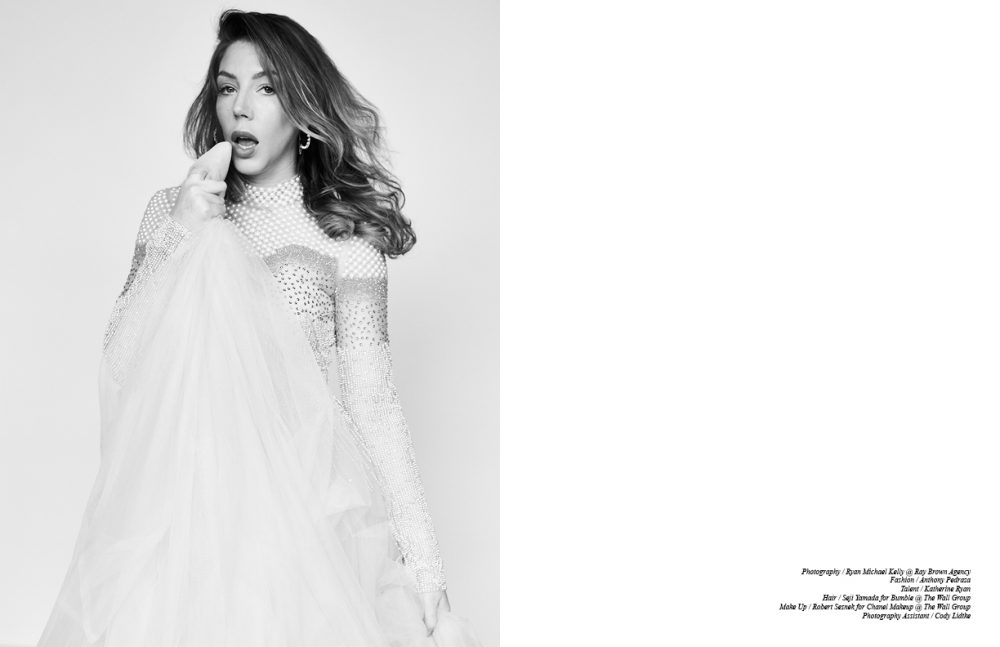 In your routine, you discuss the notion of fame. Today, the children of celebrities are being handed down fame. What are your thoughts on that?

Well, it is a little dangerous in the way that boob jobs were dangerous in the 70s. There just isn’t enough research on it yet. It just hasn’t been around long enough to see what happens. I love Kendall and Kylie Jenner. I am one of the big Kardashian fans and supporters. You watch young Hollywood who comes from this undeniable privilege. At the end of the day, though, I don’t think you have to have grafted your way up from a terrible situation to have earned something. I think that everybody is dealt a hand they can’t control.

Whether you were born in the Kardashian household or you’re born somewhere in Queens with a lot of challenges, I think whatever you make of that you have to be commended. I love that the Kardashians are working, and they’ve been given a big head start. I like that they’re not squandering their parents’ money. A lot of them you don’t hear about are just somewhere in Bel Air buying all their friends drugs. It’s fascinating to see how it will work out.

With Violet, my 7-year-old daughter, she’s never going to forget that she comes from super humble beginnings. I spoil her a bit because she’s an only child, but there are no pictures of her anywhere online. I don’t do that. I would never encourage her to get into this industry. I think it’s something that you should come into as an adult.

Have any of the celebrities you mentioned in your Special reached out to you?

No, Bill Cosby has not reached out. I’ve worked with Amy Schumer once before so she heard me say that joke about her. All the celebrities, Bill Cosby excluded, were revered in my special. I’m not dragging them down in any way. When I talk about Taylor Swift, the human being, I don’t know her and I’m sure she’s a lovely person. I’m always talking about the mirror.

I’m going to tour again in Autumn. I’d like to come out to America and tour over here if there’s demand for that. I have a bunch of new shows coming out in the UK, one of which is How’d You Get So Rich? which is like a Joan Rivers’s project. I hope to make more of those. Something for Comedy Central, kind of roast type stuff. I love that language. I think the roast language is such a beautiful way of comedians expressing friendship. I don’t think it’s mean. I’ve always wanted to do more long form projects now that I think are worth doing.

You can catch The Netflix Special Katherine Ryan: In Trouble by clicking here.