Your new —and debut— book is called Slutever: Dispatches from a Sexually Autonomous Woman in a Post-Shame World. Do you really feel like we live in a post-shame world?

Not exactly… or not yet, at least! But my goal was for the book to occupy a post-shame space—to have a shameless attitude toward sex. The book is part slut manifesto, part confessional memoir, and in a way, the book chronicles my journey to overcome sexual shame—I mean, I grew up Catholic, so I had plenty of it—and all of the adventures that I had along the way. I also feature the stories of some of the “slutty heroines” in my life who helped me to shape my attitude toward sex, who I admire for living in their own post-shame worlds.

The book has been out for a bit now. How has the response been? 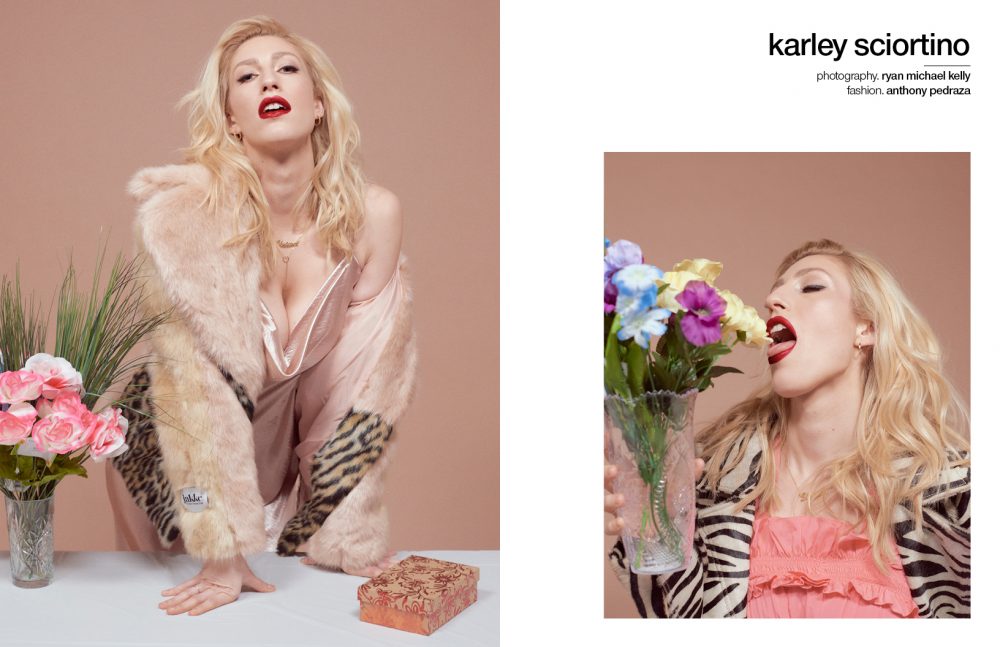 You’ve branched out quite a bit in your career: from personal essays to journalistic sex driven adventures on Viceland and even your own Vogue column. How do you feel Slutever.com has changed since its genesis more than a decade ago? And you personally?

I definitely think Slutever has changed, which ultimately I think is a reflection of the fact that I’ve changed a lot. There have been many incarnations. In the beginning, the blog was mainly just over-sharey rants about the people I slept with and the ups and downs of my day to day life as someone who was living in a squatted freegan commune in London (god knows how I survived that). Then a few years down the line I moved to New York and began assisting a dominatrix. That’s when I became more interested in the psychology surrounding fringe sexualities. I started interview fetishists and writing about what went on in the dungeon. I became curious about the sex lives of people who weren’t ME, basically 🙂 Following that, my column for Vogue was when my writing “grew up,” so to speak. I was 28 when I started writing it. I became more introspective. It was a fun challenge, to suddenly have to be accountable for my feelings in my writing, rather than just continuing to write what had essentially been a sex rampage diary (not that there’s anything wrong with sex rampage diaries—they’re certainly entertaining—but I think it was time to move on). Now, with the documentary show on Viceland (which I co-created with Adri Murguia), I see it as a combination of journalism and activism. Like, there’s a message there. It’s not objective journalism. We cover topics like cam girls and the sex work hierarchy, to the nuances of BDSM slave relationships, to sex robots, and there’s an agenda there. We want to destigmatize sexual behaviours that are often thought of as gross or weird. We are trying to humanize sexual outliers. The goal of the show is always to learn and lol simultaneously 😉

You wanted to be an actress when you were younger and fell into writing serendipitously. But last year, you starred in Netflix’s Easy with semi-autobiographical character. How was that experience? Would you do it again?

Yes, well I was one of many people who starred in it—it’s an anthology series that features many characters. But I really loved that experience. I think the show Easy is a wonderful, progressive and raw representation of modern sexuality, and I had the pleasure of playing an escort on the show. My character, Sally, was a writer who was doing sex work to make money, and really enjoyed both of her jobs—she was a hooker with agency, which we so rarely see in the mainstream media! I loved the experience and would love to act again if I felt inspired by the roll… and if someone wanted me to play the part, haha. I mean, it’s not like I’m going on any auditions.

Instagram is arguably your battle camp — do you find it paradoxical striving to empower the female gaze in an utterly censoring platform? 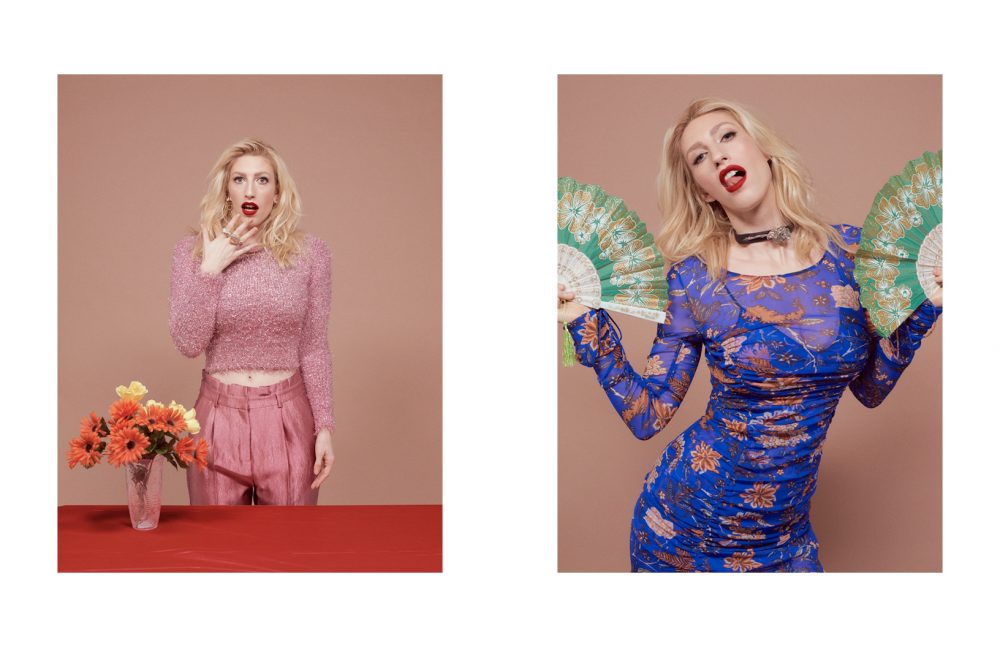 What do you feel, as a society, we are doing right and wrong when it comes to de-stigmatizing sex and sexuality?

I think we’ve made huge progress in the conversations around sex, pleasure, and particularly female sexuality. But there continue to be lots of mixed messages floating around. It does genuinely feel like the sexual double standard is finally beginning to fade, but we’re still a culture with a slut-shaming problem, often made worse (or at least more public) by social media. Casual sex has become a casual part of the cultural conversation—women stalk prey on dating apps just like men do—and yet it’s still taboo to be a woman who has multiple partners. While many women today are vocally anti-slut-shaming, very few women are openly slutty. Basically, society is experiencing growing pains when it comes to female sexual autonomy.

Another issue, I think, is the way sex is portrayed in media: so often sex is sensationalized or stigmatized. Or, we are warned about the dangers of sex—and this is especially true in America. We are constantly warned of predatory men, rises in STIs, “rape culture,” and all the ways technology is killing romance and human connection. It’s like a giant PDA. But like, why doesn’t anyone ever talk about the ways in which sex can be fun, silly, exploratory and pleasurable? This is something that I—along with my co-creator, Adri Murguia—wanted to address in the Slutever documentary TV show for Viceland. We wanted to be a breath of fresh air in the current climate of sexual neurosis. We wanted to remind people that sex can be fun.

Leading a feminist and hedonist website, do you feel internalized misogyny —especially when it comes to erotica and promiscuity— is still a prevalent issue?

I think we have a still have a way to go in terms of female sexual promiscuity. Many people—and not just men—are threatened by a woman with a high sexual appetite and/or multiple partners. But I think, at the same time, now is the best time ever to be a slut. Slut-positivity is on the rise, and I think we’re beginning to understand being a highly sexual person doesn’t mean that you have “issues”—there are responsible, healthy ways to be a slut.

Where did your infatuation with the word slut begin? Do you feel like you have successfully flipped its meaning?

I’ve been calling myself a slut as a joke since back in high school. I think I’ve always intuitively used humour and irreverence as tools for resistance. Then, when I started a blog at 21, I called it Slutever, almost on a whim—a decade of hindsight proves that it really was the perfect choice.

My goal with my book Slutever was to assert my goal to reclaim the word slut. In the book, I define a slut as a person who seeks out visceral experiences through sex. Being a slut is not necessarily about having a high body count; it’s about being sexually activated. A slut is someone who has no moral obstacle between themselves and their desire to enjoy sex. A slut is a person who has sex with who they want, how they want and isn’t ashamed about it. Sluts are special. Sluts are radical. However, I don’t think we should simply reverse the idea of being a slut from being “bad” to being “good,” or from unacceptable to acceptable. There is something bad about being a slut—something naughty, controversial, and unpredictable—and I don’t think we should lose that. To totally flip the meaning of “slut” into something that’s solely positive or empowering denies the darkness that’s inherent in slutdom, which is part of what makes it so sexy.

So, to the point, I think we’ve made a big leap in the effort to reclaim the word slut.

The book spills all the details of your past partners but also tackles the bigger picture. Do you consider it to be more of a slut manifesto or a memoir? 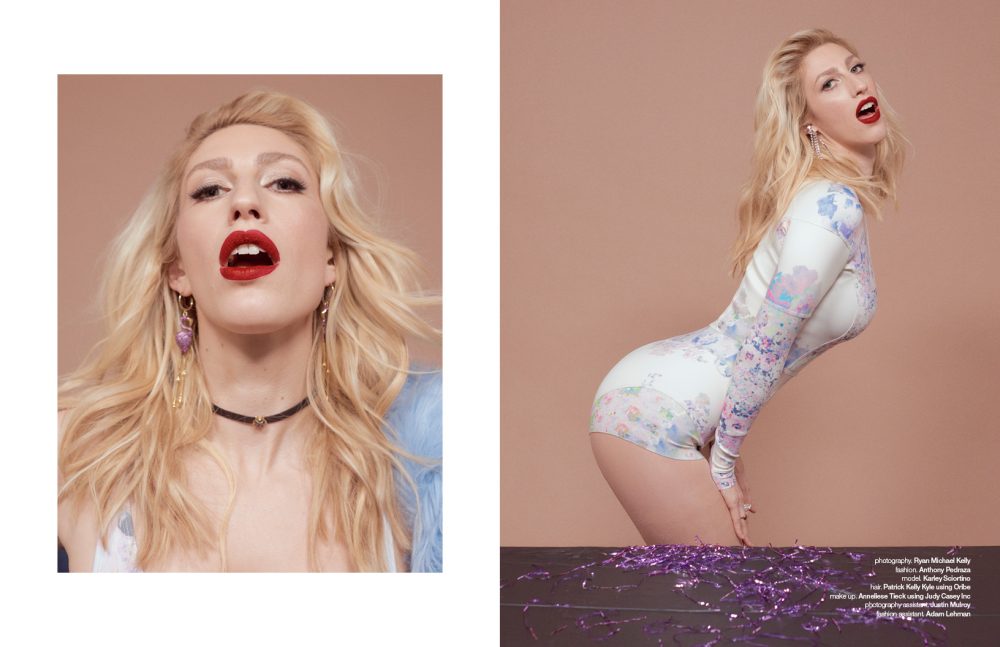 We are living in the era of the gaslighting culture — from the U.S. president to Internet trolls. How do you feel sex-radical feminism is tackling this?

For me, sex-radical feminism is about being strong. It’s certainly not about honing fragility or being endlessly offended by the misogynist remarks of mean trolls. It’s about being able to see the stupidity in that rhetoric and being able to rise above it—it’s a waste of time and energy not to.

When speaking about sex writers, most people picture the Carrie Bradshaw archetype. Do you like this stereotypical comparison?

In the past years, conversations surrounding gender, identity and sexuality have been more earnest and open than ever. Do you feel like people have started to commodifying sexual activism and “wokeness” in that respect or is any dialogue better than the lack thereof?

Totally. Virtue signalling is everywhere. I find “call-out culture” very annoying—this idea of pointing out when people are “less moral” or “less woke” than you is so vulgar to me. I think if we are truly going to create an open, honest dialogue around sexuality, we need to be able to make mistakes. We need to be able to talk about difficult, complicated and sensitive topics without the fear of “triggering” or offending people, otherwise, we’re all just going to end up a bunch of woke idiots.

Lastly, do you have any more projects in the pipeline for this year?

I’m currently co-writing a scripted TV show that will air in early 2019. It’s sex-related (surprise surprise), but that’s all I can say about it for now!

‘Slutever: Dispatches from a Sexually Autonomous Woman in a Post-Shame World’ is out now. Get your copy here. Karley’s show, Slutever, airs Wednesdays on VICELAND.