Yamamoto launched his first collection in London in 1971 to international acclaim: described as ‘The Show of the Year… a spectacular coup de theatre’. Yamamoto’s name has since become synonymous with avant-garde designs; sculptural tailoring which wraps and envelopes the body, a layered approach to dressing and use of bright colours and pattern.

Yamamoto is also known for his production of ‘super-shows’, which combine fashion with music, dance and entertainment on a large scale. These shows aim to unite performers with an audience of thousands and have taken place in locations as varied as Red Square in Moscow, Nehru Stadium in New Delhi and Tokyo Dome over the last 20 years.

Kansai Yamamoto explains the concept behind his Fashion in Motion collection: ‘In Japan the word BASARA means to dress freely, with a stylish extravagance. BASARA is the opposite of the Japanese wabi-sabi aesthetic, which is underplayed and modest; it is colourful and flamboyant and it lies at the heart of my design.’ 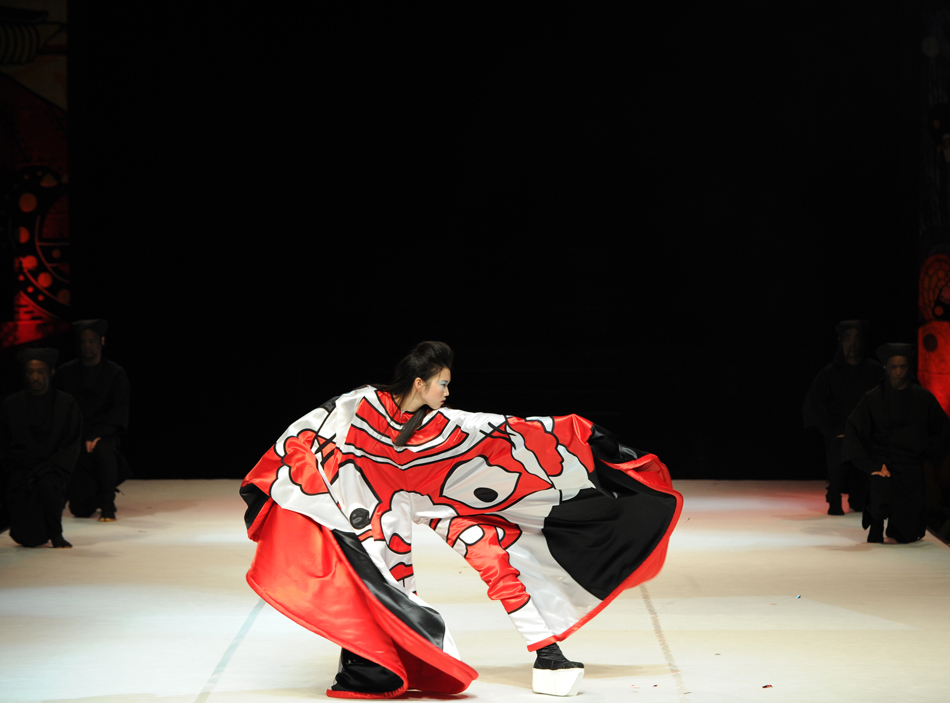 What was the first garment you can remember creating?

When I was a high school boy, I really admired one of Japan’s male movie stars and he wore very tight trousers. Since my father was a tailor, I sometimes had to help him. So I used a sewing machine to copy his pants exactly!

Can you recall the first time you were introduced to the ‘BASARA aesthetic’ ?

In Japan, I first discovered it in traditional, woodblock prints – but later I also found it in the U.K.! When I was around 25 years old, I, of course, wore the clothes that I myself designed. Unfortunately, in Japan at that time, my style was met with cold derision and so I went to London. There, people’s reaction was totally different – they were warm, interested and enthusiastic and I felt completely at home there. I realized Japan and Britain have a totally different aesthetic and the latter values a freedom of style, colour and self-expression which is just like Japan’s ‘BASARA’.

One of your most iconic pieces remain as the Bowie bodysuit, what was your inspiration behind the piece?

Bowie bought it from my womenswear collection! As for inspiration, it was based on a traditional Japanese workman’s costume. I had a friend from Jamaica, Antonio Lopez, who was fascinated by many aspects of Japan which I considered commonplace. But once I saw his drawings, which included workmen in their uniforms, it made me look at these working clothes in a very new way – and this led to the creation of the bodysuit. 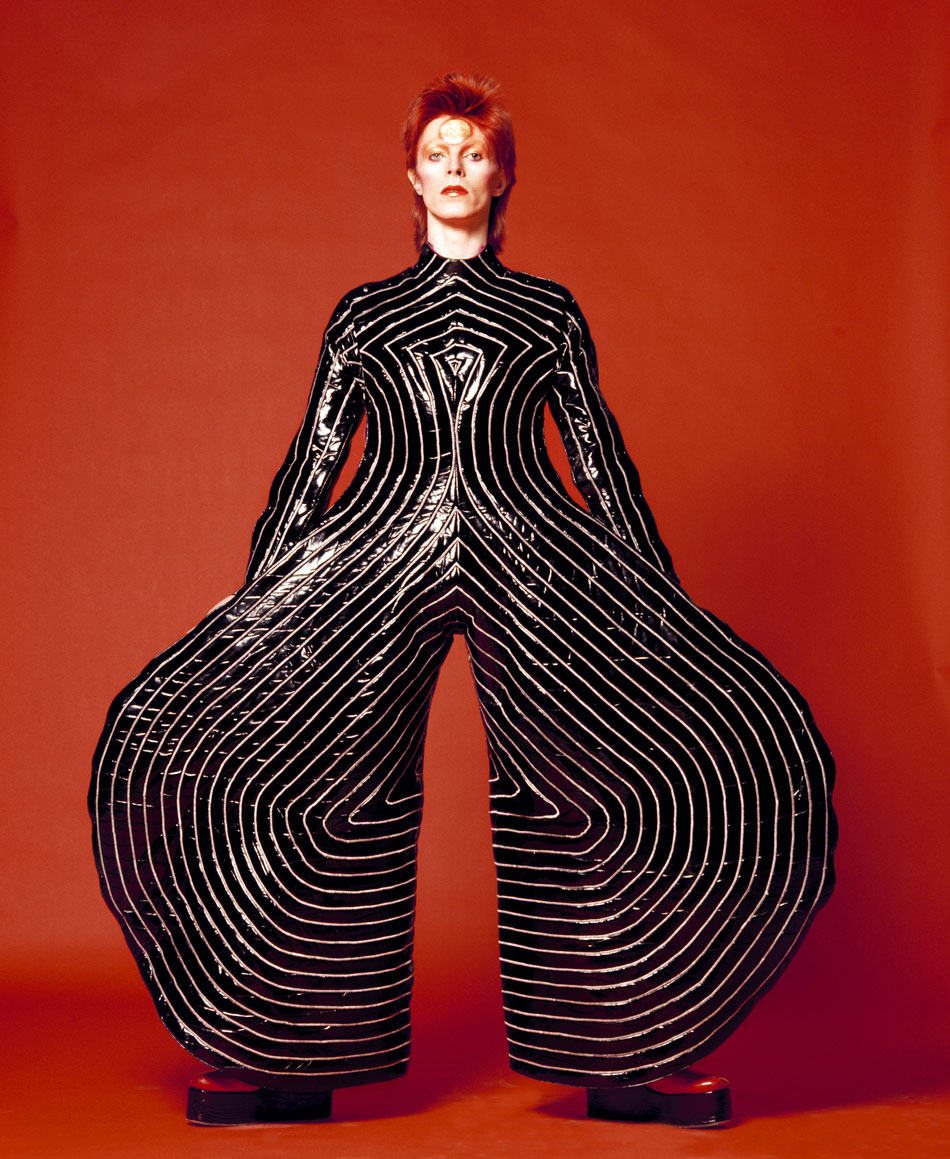 It has been said by Bowie that you remain responsible for his iconic hair style, which he first saw at your debut collection. How was that conceived?

I don’t really recall – you had better ask the hair stylist for that show!

What are some of your inspirations which act as catalysts for the Kansai Super Shows?

Movies and theatre plays, exciting visual sports such as ice-skating – all these have inspired me to create crazy visual extravaganzas for my audiences.

Do you have any advice to give aspiring designers, photographers, stylists and others in fashion?

You should try – that’s all! 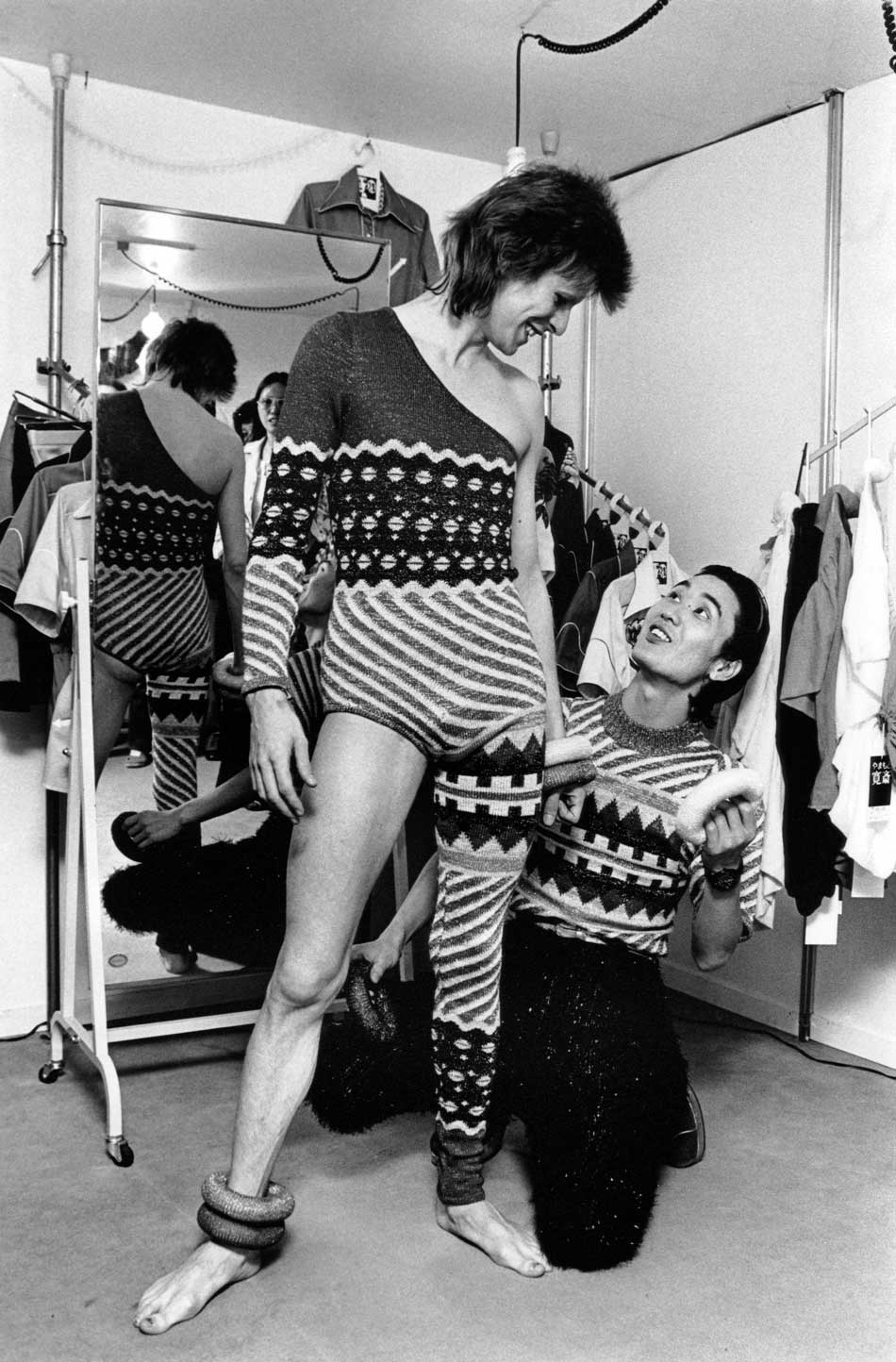 What projects you are working on, or challenges that you have set yourself?

My latest project is to design totally new house including the interior design. This is my first adventure in architecture and it will be available in spring 2014. Also, my other great challenge is a return to pure fashion design and the quest for perfect fashion. In the very near future, you will be able to buy and wear my new designs in London and Japan – with New York, Paris and Hong Kong to follow.