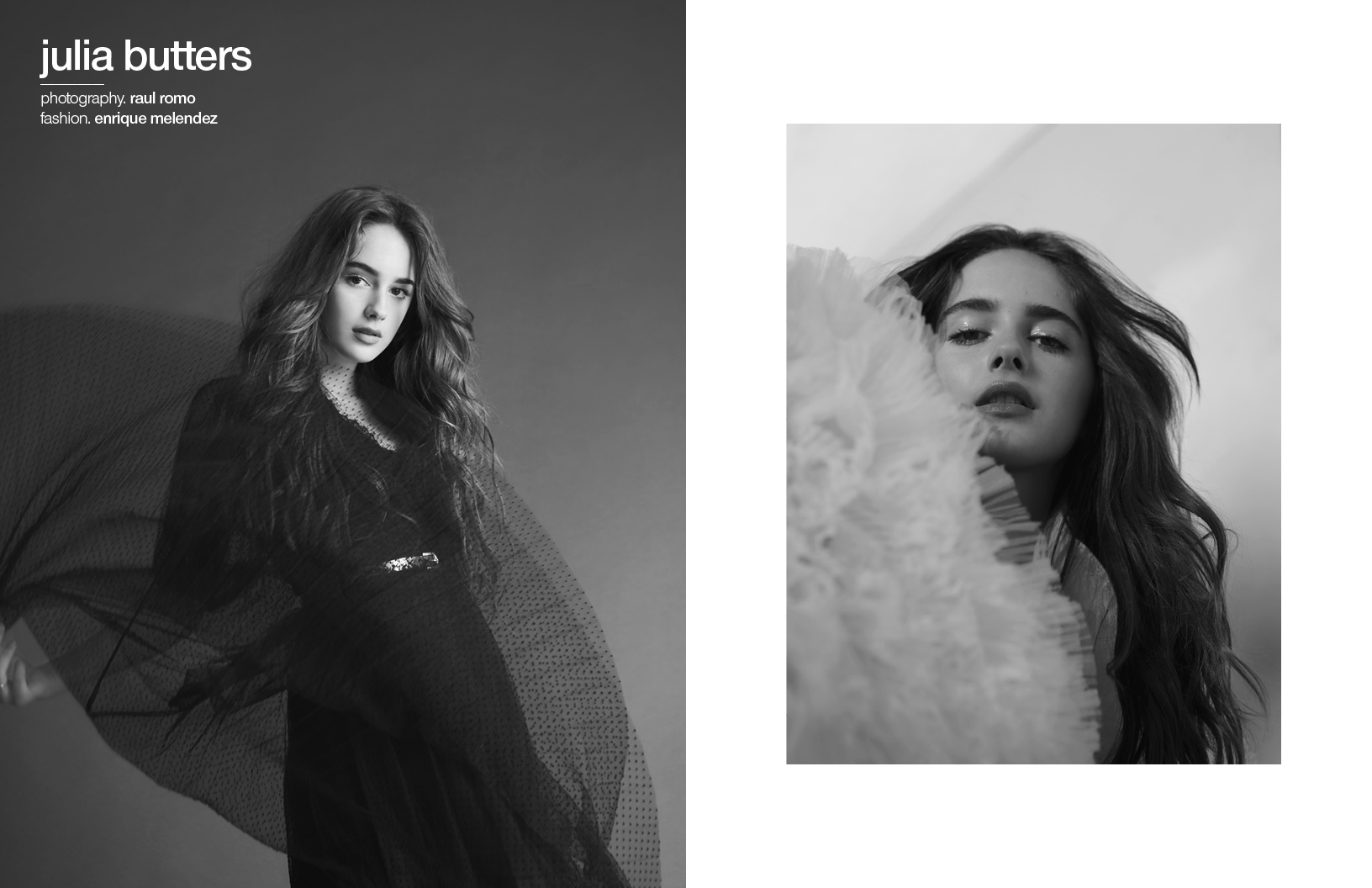 Nowadays, child actors live in a world where they can open up more space for themselves. As a result of this, the story of having worked with many famous directors and shared the same set with famous actors despite their young age can be quite unique. Julia Butters, who has been working in the film industry since a very young age, describes acting as being able to represent a character’s life, and story. “Hopefully getting people to connect to your character and what they represent. Getting to have the opportunity to literally put myself in someone else’s shoes and tell their story,” in her own words.

Butters has been acting since she was three years old. At just 13, she’s worked on projects like Criminal Minds, she caught director Quentin Tarantino’s attention with her role in American Housewife, which later on brought her the role in Once Upon a Time in Hollywood. Butters also produces content for her own YouTube channel. Now, she’s back on the big screen with Russo Brothers’ The Gray Man and Spielberg’s The Fabelmans. Acting, which she sees as a way out of shyness, in her own words, ends with a beginning of a successful acting career in the most riveting movies these days.

Schön! chats with Butters about being one of the youngest actors in the film industry, how she discovered what she wanted to do at a young age, and more. 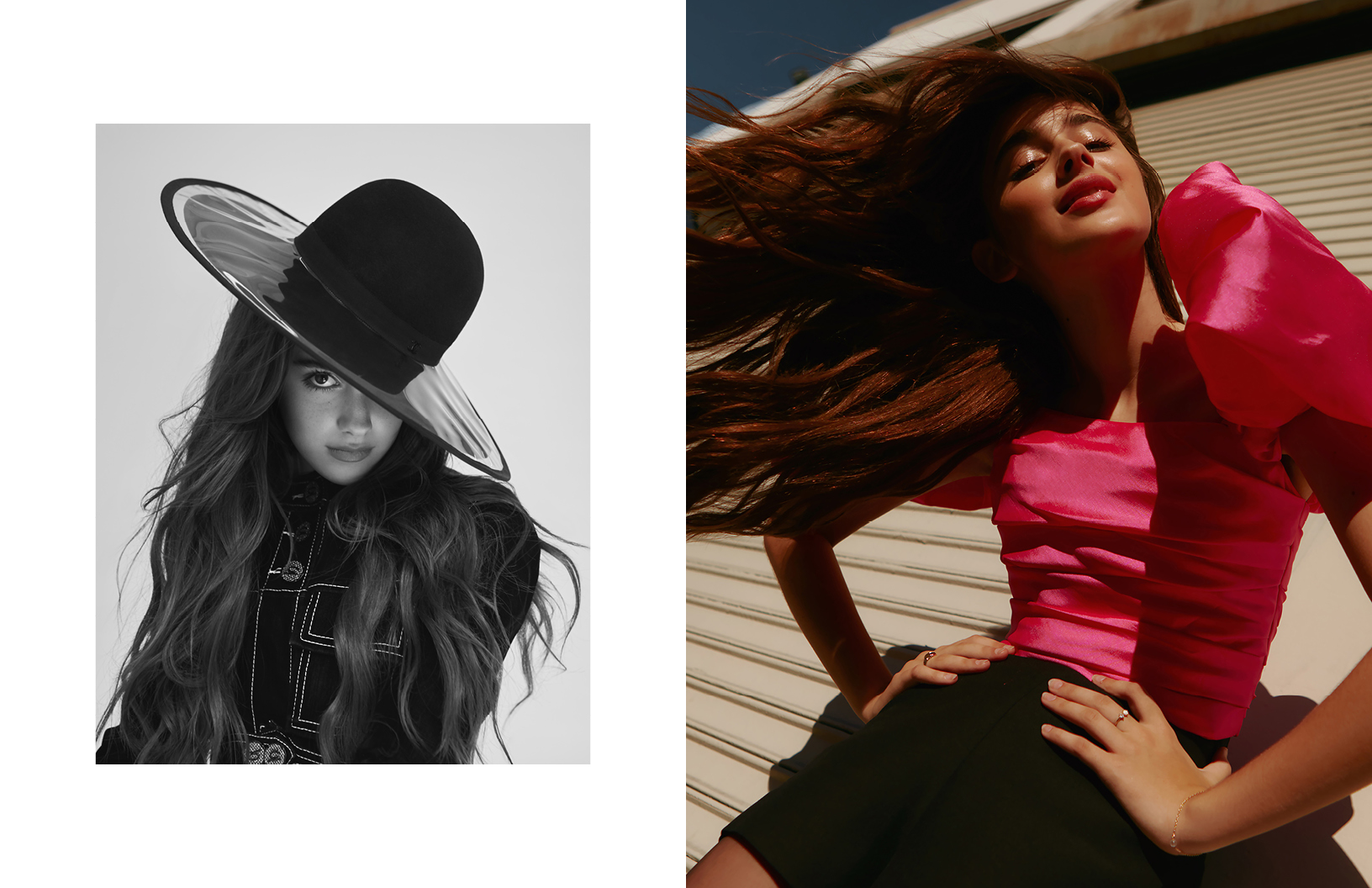 How did you get into acting? When did you discover that you have the talent to be an actress at a very young age?

Well, I was a really shy baby. Really shy. We lived next door to an acting coach who thought it would be a good idea to socialize me by doing some baby modelling. That actually helped me get over my shyness. At about three years old, I’d started putting on plays and puppet shows, just playing pretend all the time, and baby modelling led to a commercial, which then led to my first acting role at 4. After that, I kept asking if I could do it again. And that’s kind of how it all got started.

What does acting mean to you?

For me, acting means being able to represent a character’s life, and their story, and hopefully getting people to connect to your character and what they represent. I get to have the opportunity to literally put myself in someone else’s shoes and tell their story.

After looking through your social media, it can be easily recognized that you are into different forms of art from your own drawings to your videos. How do you think each form of art contributes to your acting career?

Making home movies familiarized me with what happens in the mind of an editor and a director. It helped me learn about cinematography and the power of sound effects which gets me even more excited about being on set.

Do you think you will continue to create your own content?

Of course! I really enjoy being able to run my own show. It’s kind of like me being three years old again and playing pretend, but I’m actually creating something I can see in front of me and I can keep forever.

Your film The Gray Man includes stars like Chris Evans, Ryan Gosling and Ana de Armas. How would you describe working with them?

Unfortunately, the scene I shot with Ana did not make the final cut, but I really enjoyed being around her. She is such an amazing person. So kind. And I really hope to work with her again in the future. Working with Ryan and Chris … I mean I would always look forward to going to work. Ryan was such a fatherly, calming presence. You can tell he has daughters, for sure. He was very respectful and protective. Always checking with me to see how I was feeling, those kinds of things. Just being super kind and gentle, very considerate.

Chris definitely felt like my brother or the cousin that you can’t wait to see at family gatherings. He played Lloyd so well, but he’s really the opposite of a “scary, dangerous, sociopath”. In the first scene we had together, he was supposed to pick me up and kind of throw me and he messed up his line because he was so worried about freaking me out. I remember one time he mouthed “I’m sorry” to me as kind of a joke before they called action. 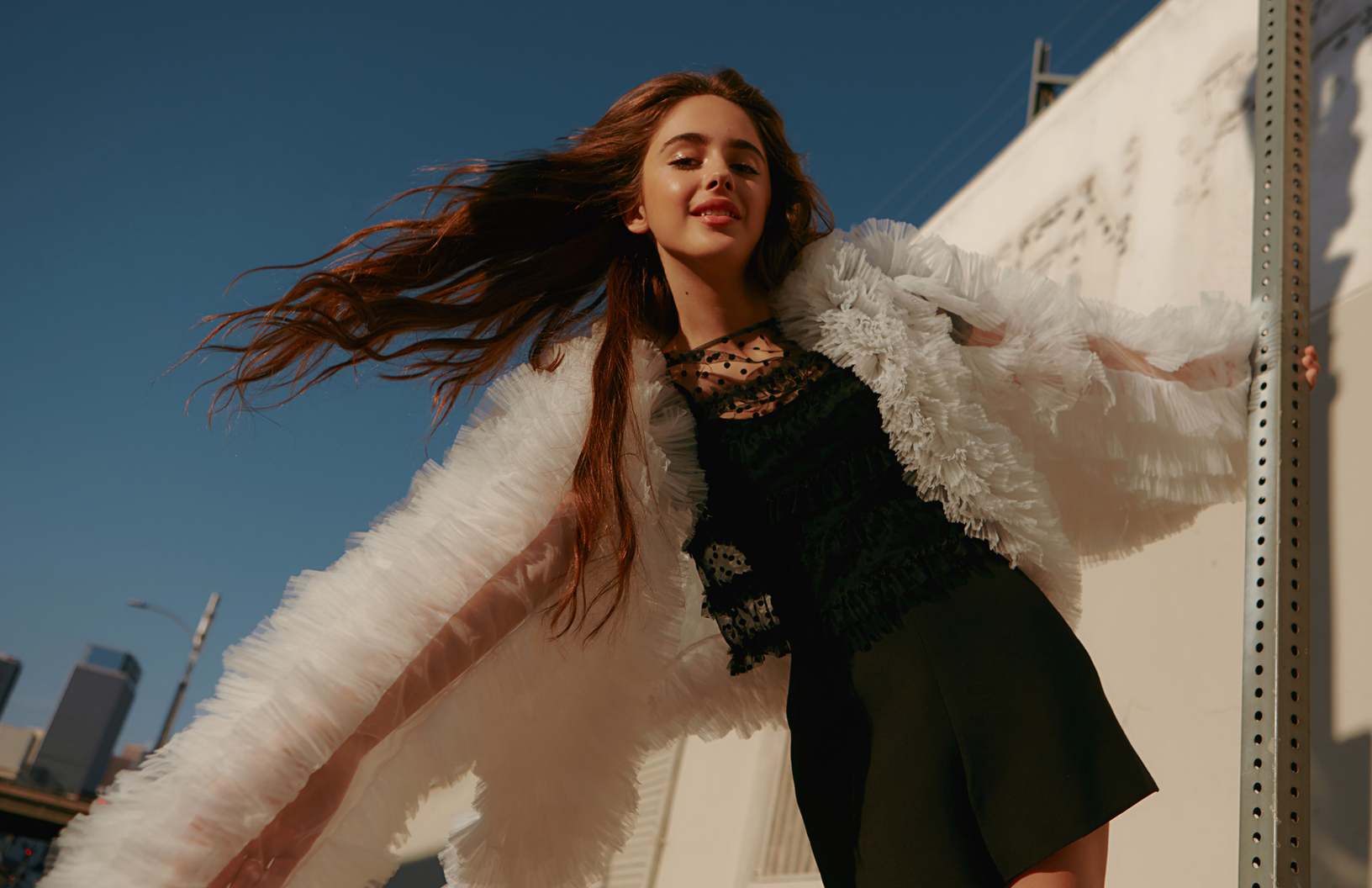 What is one memory or one thing that you’ll never forget that happened while being on the set of The Gray Man?

All of the maze stuff was just so much fun because we got to spend a lot of time getting to know each other, joking and teasing each other. They always made me laugh.

You’ve worked with great directors like Quentin Tarantino for Once Upon a Time in Hollywood. As you started your career very early, did you feel any kind of pressure working with well-known directors?

Of course, it’s intimidating, but I don’t feel like I’m incapable. It excites me and makes me want to try harder to do my best. Plus when I walk on set, they have all been super sweet and made me feel right at home.

In addition to acting, would you want to explore other areas of film like directing, writing, and producing?

I would definitely love to produce/direct/write my own project sometime in the future. Especially if I could collaborate with some of my friends who also love writing. I’ve always loved being on set, and I would love to have one of my own someday.

As an actress growing up in an industry that’s constantly changing with technology, is there anything you’d like to eventually see a character of yours do via special effects or would you ever like to do your own stunts?

I would love to do a rad fight scene, kind of like the one Ana did with Dhanush in The Gray Man. That scene was so captivating, and she held so much power as a woman. But with technology, I would like to fly. Who wouldn’t?! 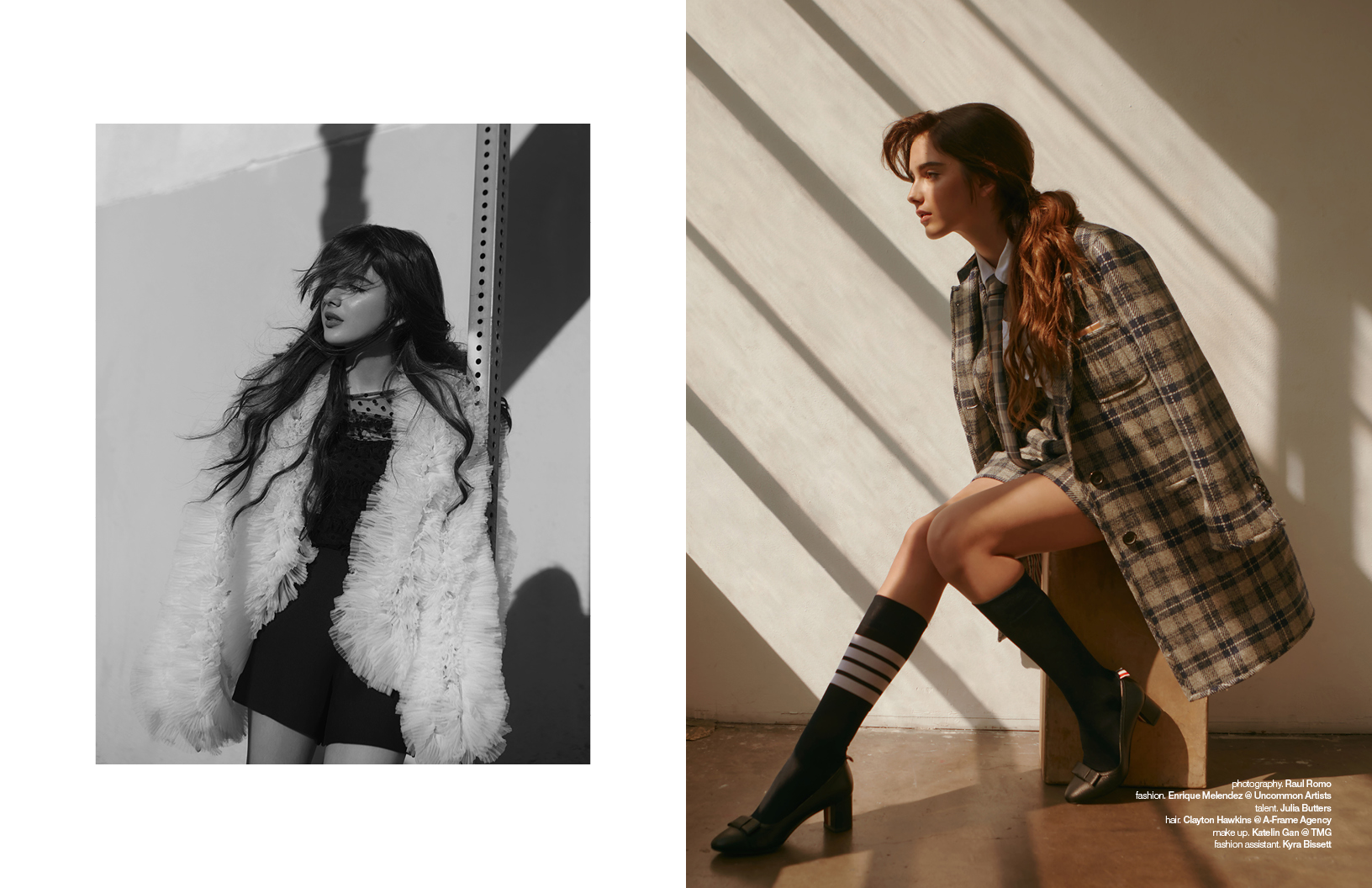 The Gray Man is streaming now on Netflix.