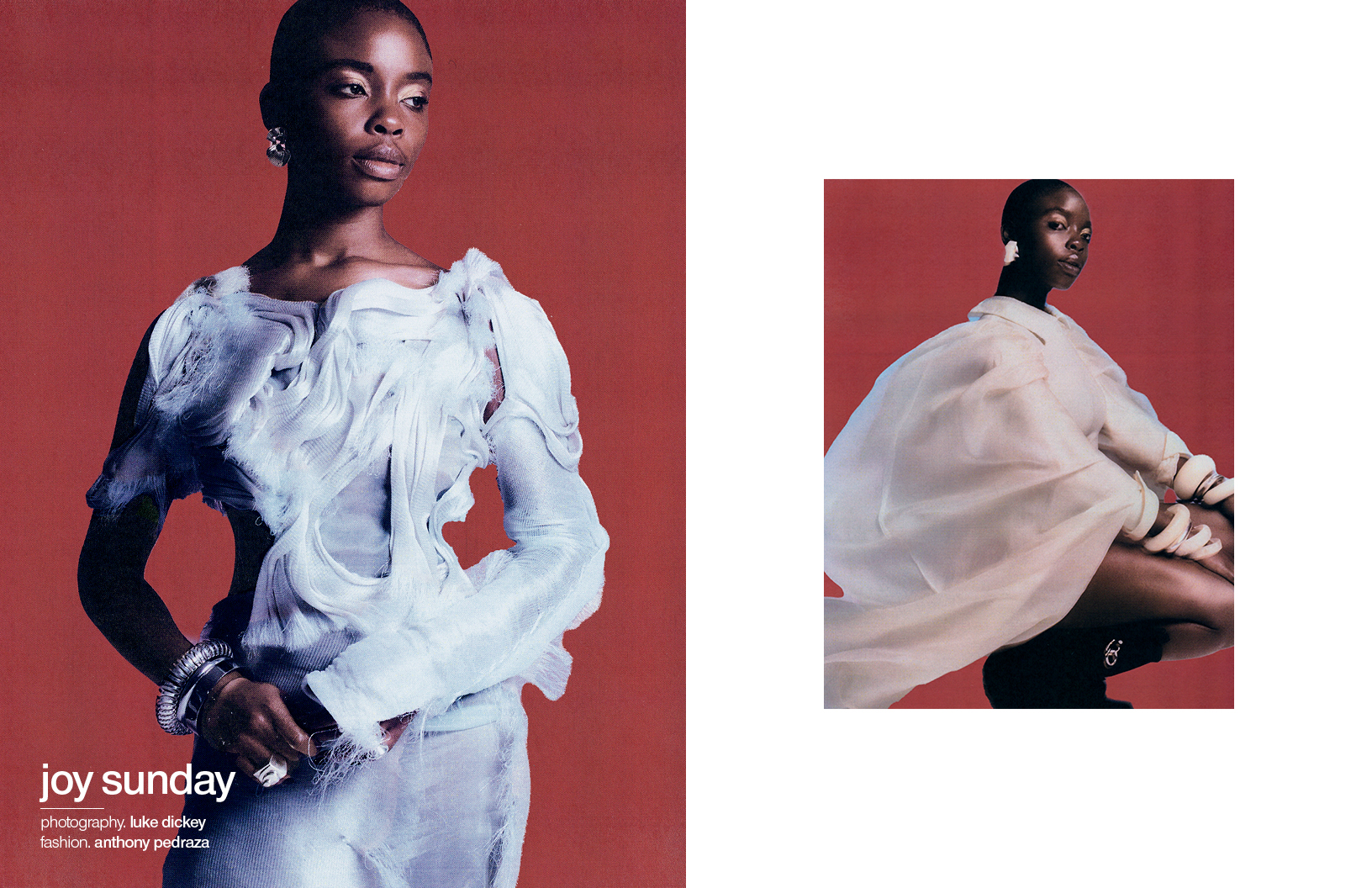 “It’s kind of like an amusement park,” charmingly explains actress Joy Sunday of her debut role as popular girl Bianca Barclay on Tim Burton’s highly-anticipated Netflix comedy horror, Wednesday. “You looked it up all spring and when you finally get to visit [the amusement park] – you know which rides you want to go on. However, when you actually ride them, it’s exhilarating and you want to do it again!”

Sunday speaks with Schön! to share the joys of being part of The Addams Family universe and the show’s relatability both in her life and within society.

How is everything going lately?

Everything’s going well. It’s my first rodeo, and it’s been a bit of a whirlwind. I guess I’m coming to terms with the fact that this is what kind of what I imagined this whole process or experience might be like, but the fact that it’s actually happening – it’s not the events themselves that is overwhelming – but it’s the whole realization of it all! This is something that I’ve been working pretty hard to achieve. So, yeah, I’m doing well, and I’m really grateful for all the support that I have. I feel really grateful to have the foundation that I have because I think I prepared myself adequately in order to experience it while also still living a bit of mystery around it all. It is kind of like an amusement park. You looked it up all spring and when you finally visit – you know which rides you want to go on but when you actually ride them it’s exhilarating and you want to do it again!

We understand you knew you wanted to act in middle school and then later your love for theatre led you to study drama at the iconic Fiorello H. LaGuardia High and then USC. Tell us more about that transition.

Well, to throw it way back, I really wanted to be a pop star when I was younger. I have lots of evidence of it! At some point, my dad told me I had to choose between gospel lessons or acting classes. So, I chose acting classes and that’s kind of how I started doing theater in middle school. Eventually, I ended up at LaGuardia – which was really exciting for me because I felt like I was going into an atmosphere that was full of people who were just as excited.

Truthfully, I didn’t find the environment as nurturing as I would have hoped. I almost immediately recognized that I would have to make my own opportunities, which is what led me to going to film school, because I wanted to be able to have the tools, be able to make the projects I wanted to see myself in. That’s how I got to USC. Yeah – the acting bug – the performance bug – really has been me from when I was younger.I always wanted to be in front of the camera, and  I always wanted to be putting on a show. When I went through USC, I was working at different studios and internships and producing films and all that. However, I felt like I had to put it all down and come back to acting. And that’s where I am today.

You are not only an actress, but you have also produced and directed. Tell us a little more about that and its intersection with acting and your creative process.

Well, as I said – it is all part of me, but I put it on hold because I wanted to pursue acting so seriously. I think just like with acting, where I kind of had to take a step back and reevaluate, I think that’s where I am with writing and producing. As much as I love both of them, I still write pretty often, and  I produce in my daily life but  I’m allowing myself to take that time to really rebuild that part of myself and the vision that I see now. I do think all these disciplines feed into each other. I think the confidence that I’m building as an actor – which I did not have when I was in high school – will help me halt me into the other creative parts of myself.

Let’s talk about Tim Burton’s first TV series – the highly-anticipated, supernatural Netflix series, Wednesday. Did you have any exposure to Tim Burton’s style before getting the role?

For sure – I mean, he is undeniably a household name. It’s funny because growing up, my family was very avoidant of spooky or supernatural things. So, I did have some exposure to him and I always really enjoyed how eclectic and special his work was. It was a little mind-boggling to realize that this role was in his universe. 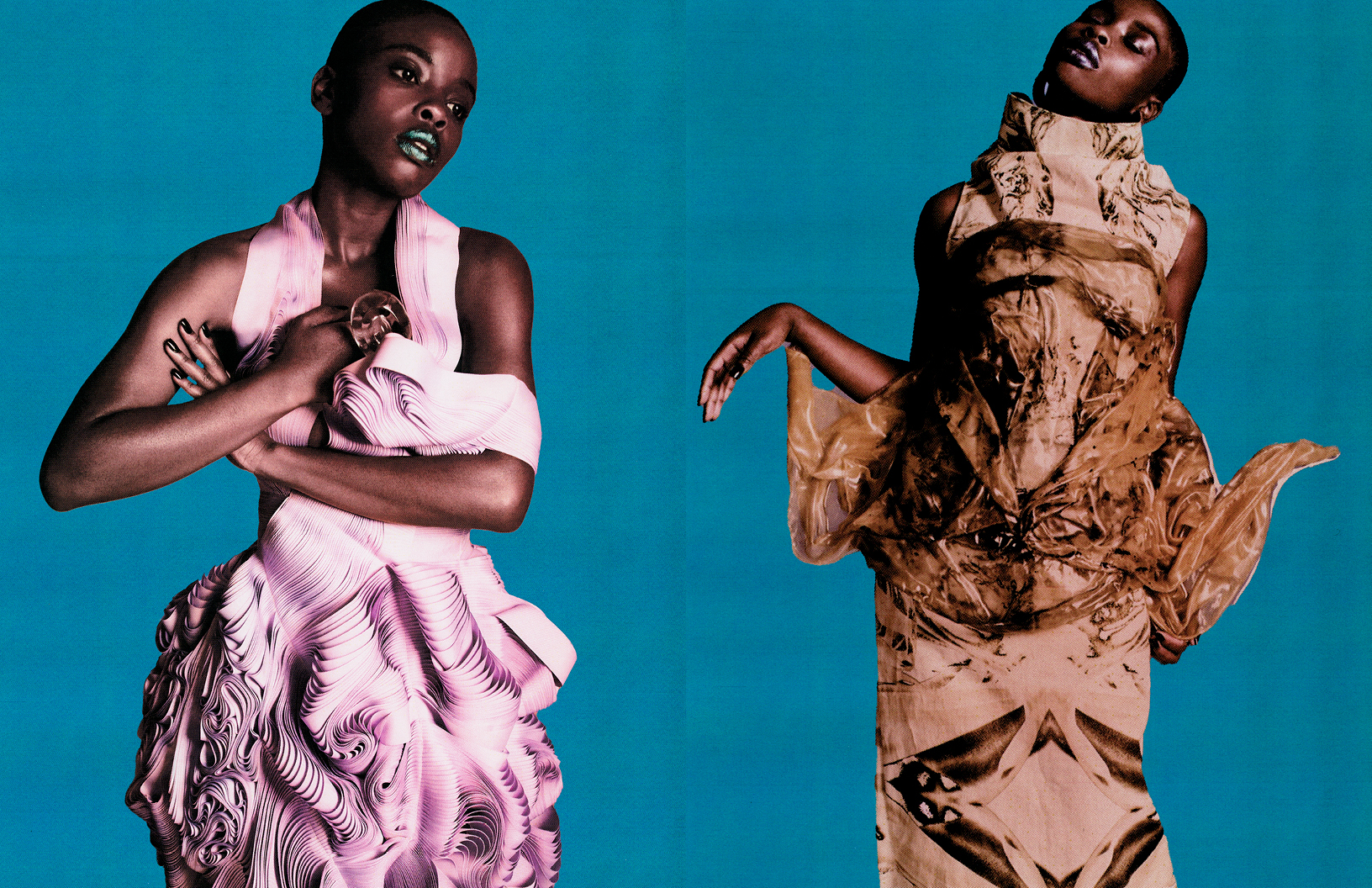 The show is described as a “comedy-horror” which is slightly an oxymoron. The students of Nevermore will be dealing with “serial killers, murderers, monsters.” Sounds a little unsettling – and similar to real life in a way. How do you think the show takes the darkness and makes it a little more easy-to-digest?

I’ve definitely been describing the show as a dark comedy horror to people. I reflected on that and realized that we have so much ugly in our world already – and we almost have no choice but to take it in and to digest it. It’s just like sitting there without any way to process it. But I think that’s what is special about the Addams family – not only just as a universe, but also as a family. They love the ugliest parts about each other, and they celebrate all those things. I think that’s where the relatability of Wednesday comes in too. It is all about looking at those terrible parts of the world and trying to see how we relate to it and how we can make sense of it all.

Since The Addams Family was first introduced to viewers in the classic 1964 TV show, it has increasingly gained a huge fanbase. Now, with this series, there is much anticipation. Why do you think none of the previous remakes have focussed on Wednesday. Why now?

Well, I think that Tim has suggested that this isn’t necessarily a remake or reboot of the family. It’s a completely new realization of it all through the lens of Wednesday who has to come to terms with being a part of the human world while also still trying to be herself. As we saw in the movies previously, she’s just so resolute in her spirit – and you kind of wish that you had that resilience. So, I think that’s what is so attractive about Wednesday – she’s so singular and is exemplary of keeping true to oneself especially in the face of such horror. I feel like in society, we’re sort of going through that right now.  It is so aspirational, she doesn’t have IG – she barely has a phone! It’s kind of fun to see her interpret the world without all of those distractions differently to how a woman her age might nowadays.

You are Bianca Barclay on the show – the popular student who is a siren. Describe her in your own words.

Well, yes, Bianca is a Siren, which means she has the ability to persuade people with her words and she is a popular girl, and we all know that character. I think what’s so special to me about Bianca is that she is so soft, and she still needs everything that everybody else needs. And unlike the mean girl trope where you see them as independent figures who don’t need others approval, I think what’s special about this show is that you kind of see it right off the bat with Bianca is still pining for people’s love. That’s why I just really took to Bianca and really tried to approach her with a lot of sensitivity and understanding.

How are you similar or different to Bianca in real life?

I think that both of us have had to adapt. I have always felt similarly to Bianca that I’ve had to go somewhere else to either be loved or to achieve my dreams. I’m always kind of traveling far distances and meeting people and because of that – I always have a sense of identity through having to adapt to so many different places. We both also have a guard up around us, but underneath it all, we still do want to relate. As much as we’ve had to survive, we also want to thrive, and we want to be loved and to fit in. That’s why Bianca is also such a great character for girls growing up, I think, because here is this character that they’re seeing who’s very resolute but is also trying to figure out how to make that work in a world that doesn’t necessarily accept that.

On a personal level – would you be a siren or werewolf, or have a different supernatural power if you could in real life?

I think I’m giving a different answer each time because it’s like what would I like? I need a different power every week. I think I would like the supernatural power to adapt and shift and it depends on where I am in my menstrual cycle.

What was it like working with the team – Jenna Ortega, Catherine Zeta-Jones, Christina Ricci etc.?

I think what was so special about being part of this project was that you knew that you were there for a very specific reason and then you also knew that everyone else was there because they’ve also been entrusted with executing a vision. So, you kind of just get to see everybody unfold in these really beautiful ways. Truly, I was really blessed to be amongst such cheerful and wonderful people. Now, with the show coming out? I just think, this is the show that we made! It was just so beautiful to witness the making of it.

And actually, what are you working on next?

One of the things I am actually excited about is that I really am going to be diving into writing soon. I just said all that stuff up there about focussing on acting and here I am. But this is just something that has been a long time coming. So stay tuned! 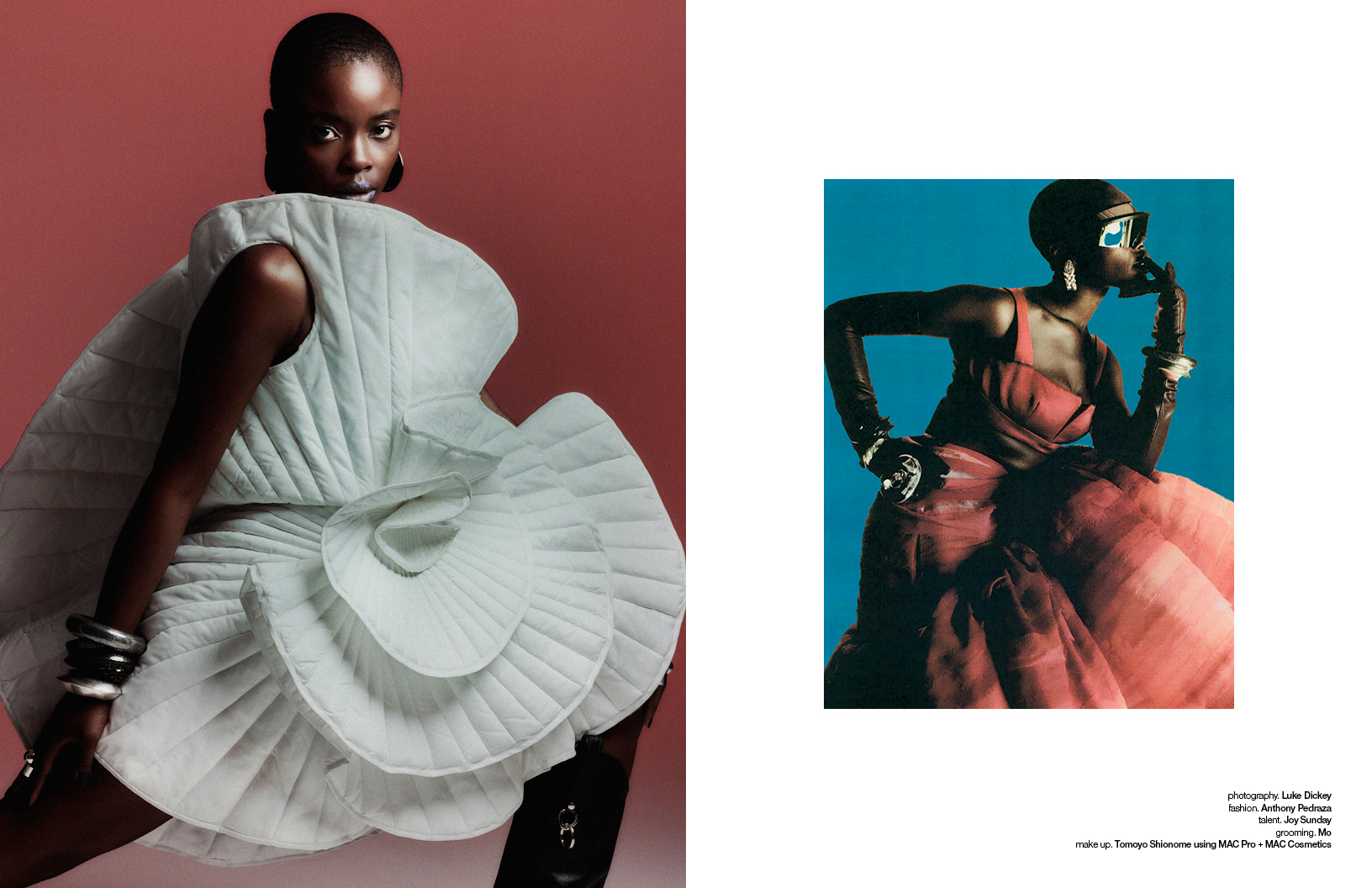 Wednesday is streaming now on Netflix.