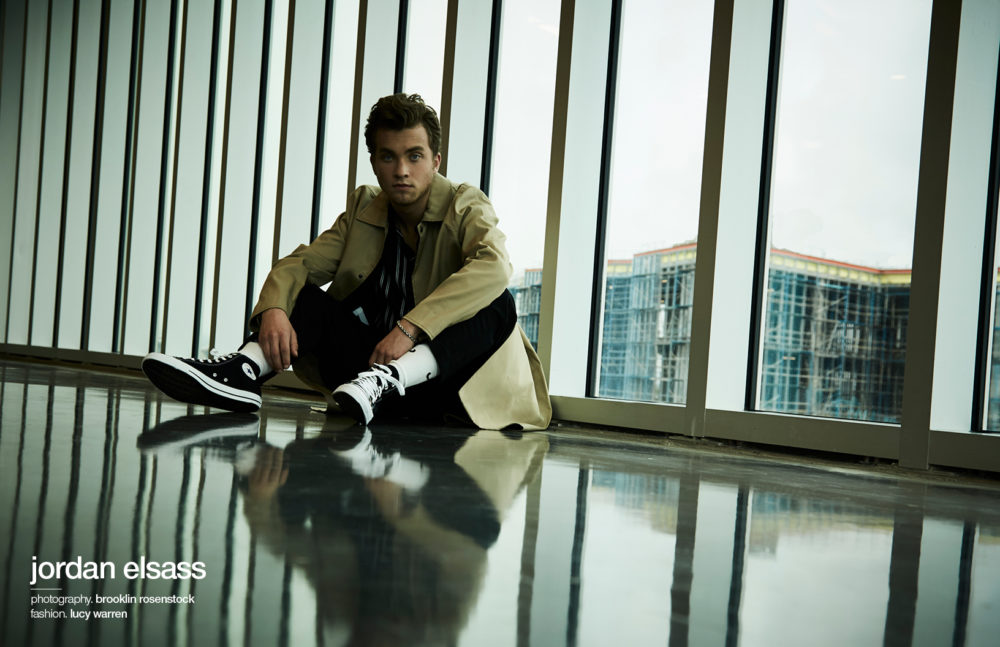 While it’s certainly off to a rough start, 2020 is set to be a good year for television, and one of its brightest budding stars is 18-year-old Jordan Elsass. With humble beginnings in community theater, the young actor now stars in Hulu’s Little Fires Everywhere and is set to play major roles in Amazon’s Panic, and CW’s Superman and Lois.

Little Fires Everywhere, based on the bestselling novel by Celeste Ng, is a compelling analysis of motherhood, class dynamics, and race in late ‘90s American suburbia. Elsass plays Trip Richardson, the popular eldest son of Elena Richardson, brought to life on screen by none other than Reese Witherspoon. The series also stars Kerry Washington as a mysterious new arrival in town. Starring alongside such legends might leave many a young actor quaking in his boots but Elsass says it was humbling and enlightening.

Little Fires Everywhere is now almost halfway through its season, and if it’s not already, it’s a title you should add your watch list. Ahead of another episode’s arrival to Hulu today, Jordan chatted with Schön! about his unique method of getting into character, the best advice he took away from working on the show, and what he’s most looking forward to post self-isolation.

For the people that might not be familiar with you just yet, can you tell us a bit about how you got started in acting?

When I was ten, we moved to a town that had a community theater and I was interested in auditioning for a play but was apprehensive about putting myself out there. I had become used to seeing reality competitions such as American Idol, where some of the contestants were ridiculed if they did not do well. My mom gave me a little extra video game time that day as a reward for overcoming my fear and breaking out of my comfort zone.

I ended up being cast in the show and was in multiple theater productions after that first one, and a talent agent came to one of them when I was 12, stayed around after the show, and signed me on the spot. I was soon being cast in commercials and films and have been acting ever since. I can’t imagine another career at this point.

How did you land your role on Little Fires Everywhere?

It was a very fast process, actually, just under a week from start to finish! I was asked to submit an audition via self-tape. Within a day I was told that they wanted to fly me out to L.A. for a screen test for the role. Lexi Underwood, who plays Pearl, was kind enough to meet with me just before the screen test to go over the scene, and Gavin Lewis, who plays Moody, joined me in a nearby hallway to run the Trip and Moody scene ahead of time. I felt really great about how the screen test went, and just a couple of days later I got the call that I had booked the role! 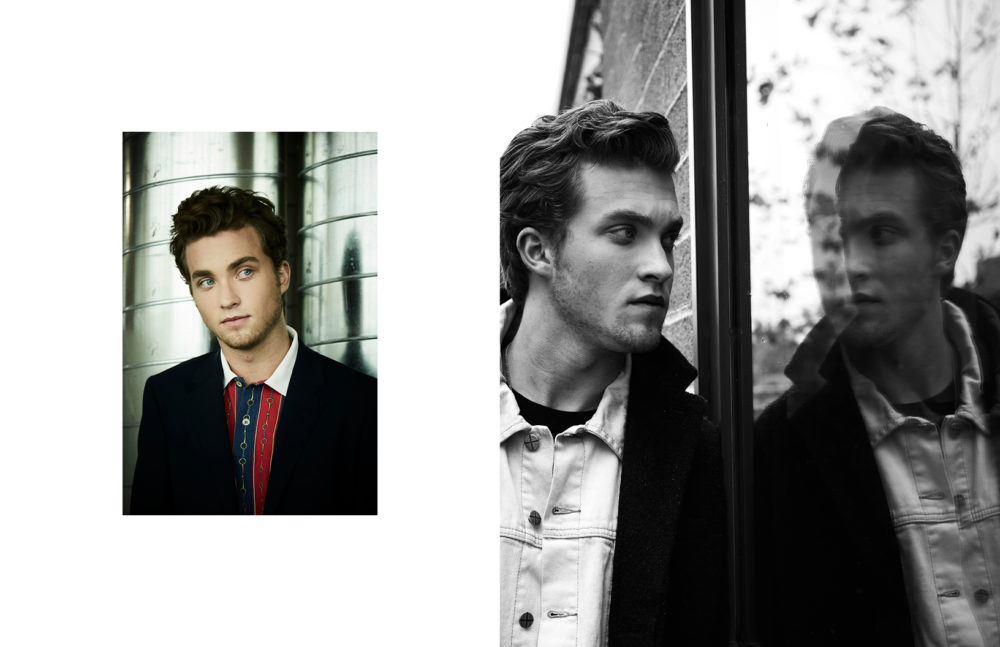 Where were you when you found out you had gotten the part?

I was at home when I got the call from my agents and manager. One of my agents told me they had both good and bad news for me. I asked for the bad news first, so they said I would need to spend the next 5 or 6 months in L.A. due to the good news that I had booked the role of Trip Richardson in Little Fires Everywhere. I actually started to cry and ran upstairs immediately to tell my dad.

In the series, you star alongside Hollywood heavyweights like Reese Witherspoon and Kerry Washington; did anything surprise you about working with them? Was there a piece of advice they gave you that stood out?

Unfortunately, I did not have any scenes with Ms. Washington but she was very friendly and kind every time I saw her on set. Reese was hilarious and has such a sunny and bubbly personality that she made everyday fun. Some advice that she modeled but did not verbalize is to always be professional and kind and to leave personal issues and bad moods at home. She had to have had a day where she felt a little down or annoyed by something, as we all do, but she never once in 5+ months brought a bad attitude to set and just modeled professionalism and kindness at every turn. She just lights up the room and sets the tone.

What does it mean to you, as a young actor, to land a role of this caliber?

For me, landing this role meant that I could truly start to envision acting as a career. It was a validation of the work I had put in up to this point and showed me that I can have confidence that when the right roles come along, I have a real shot at them. My mom was not going to allow me to go to L.A. at all until I had finished at least my 2-year college degree, but L.A. came to me just a few months prior to meeting that goal when I booked this role. Fortunately, I was able to complete my final class online while we were in California! After shooting wrapped, I immediately flew home to join the cast on the Amazon show Panic, and this summer I am scheduled to play Jonathan Kent on the CW show Superman and Lois.

In Little Fires Everywhere you play one of four siblings with a pretty interesting family dynamic. How would you describe your character and the dynamic with the rest of his family as well as the Warrens?

Trip Richardson fits in and gets by at school and at home because he does what is expected and doesn’t rock the boat, but no one really sees him for who he is and a lot of labels such as “player” and “dumb jock” are placed on him, which makes him secretly insecure. Moody rubs salt in that wound because he is jealous, but Trip is genuinely hurt by this. His relationships are all shallow and superficial. He ribs Izzy, but not in a malicious way. He loves his family.

Trip is confused by the Warrens because their lifestyle and dynamics are so different than anything he has ever seen or experienced. Pearl is the first person in Trip’s life who sees past the labels, sees him for who he is, and looks deeper.

I was homeschooled through middle school and went to the local community college for my high school years, so I never really had the typical high school experience for sure. There is a sort of prom held here each year, and I’ve been a couple of times and experienced that, but I definitely didn’t have the stereotypical experience. Interestingly, I myself have never played team sports but instead have always preferred to compete as an individual. I have participated in many obstacle races such as Rugged Maniac and Bonefrog, developed by Navy Seals. I enjoy the challenge. I also participated in Mixed Martial Arts for a number of years and was only a few months away from earning my black belt when I was cast in Little Fires. Maybe I’ll get back to that at some point. I am currently taking boxing lessons while I am home in Texas.

How did you prepare for the role of Trip? Did you read the book?

I chose to wait until after we finished filming all the episodes before I read the book because I wanted the scripts to stand alone in my mind. I did some preparation by watching and listening to some ’90s shows and music and created a playlist from the ’90s to get into character. A cool thing that was done to help us genuinely build those relationships was that some cast bonding events were held outside of shooting hours. We teens got to go to Disneyland (twice!) as a group, and we had a lot of fun. We had a Richardson family dinner together with Reese and Josh and talked about ourselves and what we all thought the family dynamics would be like. We kids have hung out several times in person and still chat and support each other even now that we’re all scattered geographically.

Did you get any pointers from Celeste Ng? Did you get to meet her at all while preparing for the project?

I only met Ms. Ng one day briefly between scenes, so I didn’t get to talk with her very much. Recently in a Twitter thread, she mentioned that Trip cracks her up, so that made me very happy! 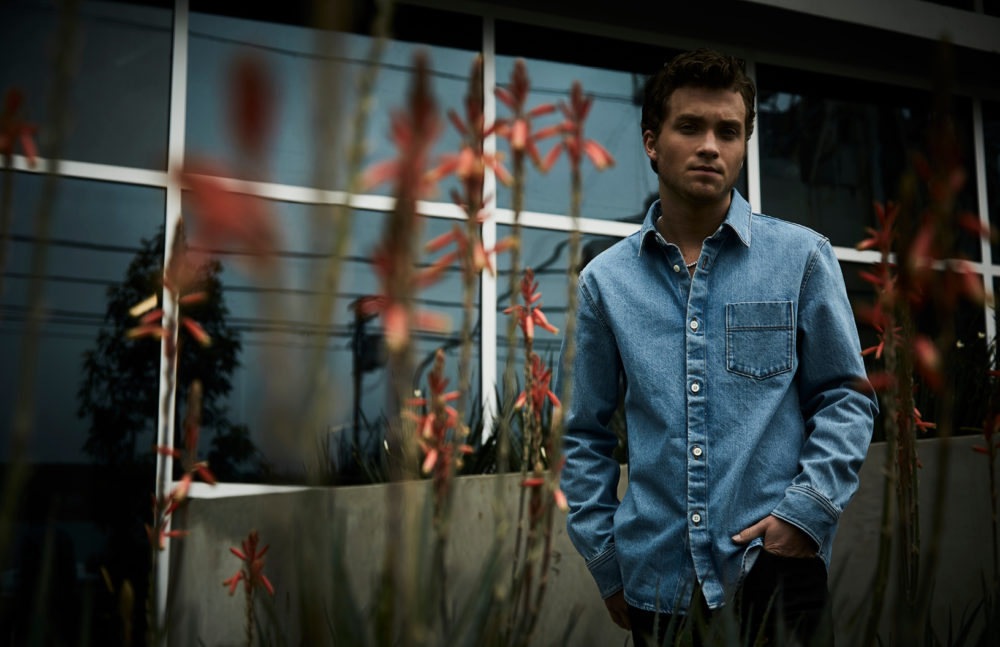 Lots of actors have their own methods of getting into character. What’s yours?

I create a music playlist for the character, and I like to create more for my character than is on the page and really flesh him out in my mind as a person.

If you weren’t acting, what would you be doing?

When I was young, I was interested in practicing medicine and was interested in being a surgeon in particular, but if I weren’t acting I would probably be pursuing a degree in federal law enforcement. Maybe I will get to play a role of that nature someday.

2020 is shaping up to a big year for you with roles in Little Fires Everywhere, Superman and Lois, and Panic. What can you tell us about those projects?

Little Fires Everywhere is a real study of motherhood and I think it has components in it where every viewer can find a character who is relatable. I am really excited to play Jonathan Kent in Superman and Lois and can’t wait to start filming. There is already a built-in fanbase and they have been very kind and welcoming to me as a new member of this family!

Panic is based on a young adult novel by the same name by Lauren Oliver and I play a character totally unlike my characters in Little Fires and Superman. Both Trip and Jonathan are all-American 3-sport, popular jocks, but Tyler Young in Panic is kind of an unsavory character.

What are you most excited for viewers to see on Little Fires Everywhere? 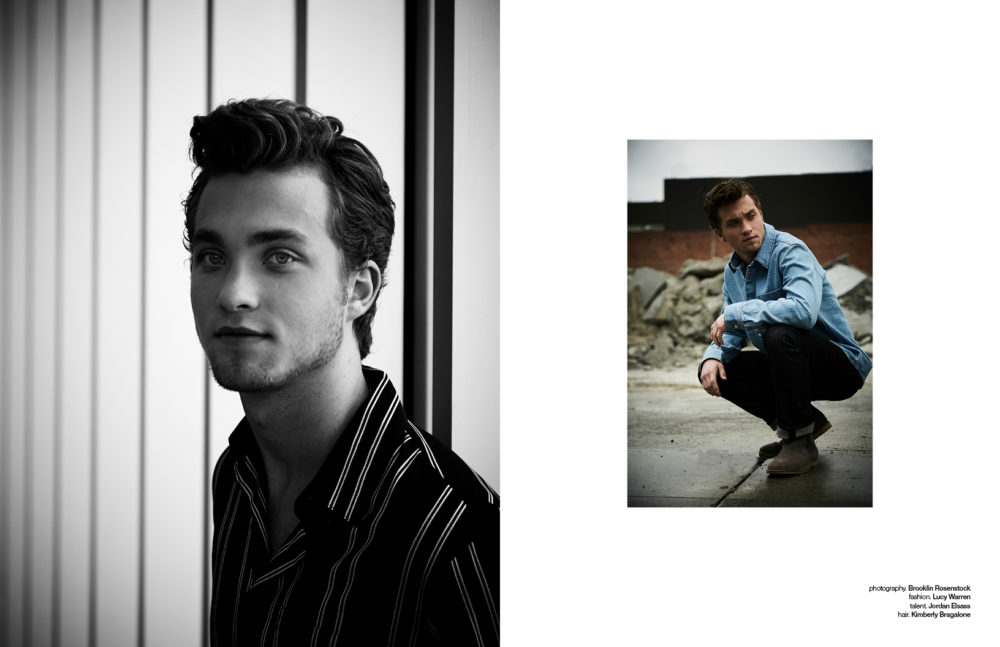