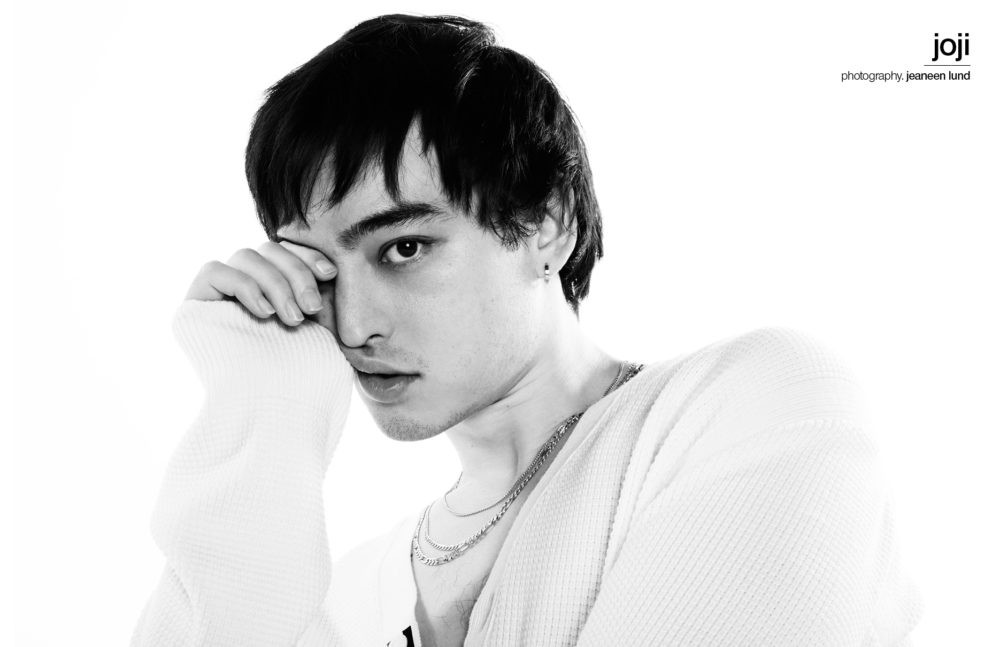 Like much of the world, George Miller, better known by his stage moniker Joji, is lying low. His work ethic is undoubtedly feverish — Joji references his constant struggle to find time to produce alongside numerous late feature additions — but even in the lead up to his upcoming album, Nectar, his concerns are more local than global. “[I’m making] sure everybody around me is taken care of,” he shares.

Originally from Osaka, Japan, Miller now splits his time between Brooklyn and Los Angeles, a divide that has rapidly expanded the circle of people working around him. While he’s continually looking after those newfound friends and coworkers, for the time being, Joji is attempting to move his foot off the gas pedal, if only for a few moments. “I’m hearing [and] talking about music 24/7 as I work, so it’s important for me to do quiet activities. I just watch stuff here and there, when I can… I’m lucky that I still get to make music for people during these times, and I never want to take it for granted.”

Even before his 88Rising debut, “I Don’t Wanna Waste My Time”, stocks of Miller-produced tracks could be found across the Internet, forming a sort of hard currency for those desperate for what would become Joji content. Songs like “Thom” and “You Suck Charlie” made the rounds through his fanbase. When it became clear that Miller’s previously announced project Chloe Burbank: Volume 1 would never come to fruition, supporters compiled their own versions, looping and editing leaks into quasi-mixtapes that still populate YouTube and SoundCloud.

Joji is largely reticent about this period of his life, but it’s obvious his early prolificacy was formative. On Nectar, one of the yet-to-be-announced tracks was produced when the artist was only sixteen years old. “I’m excited to see if it sticks out or not to the listeners,” he reveals. Nectar will have eighteen tracks, considerably more than his 35-minute long debut, BALLADS 1. “I made sure to include many essences from my earlier work while still being able to move forward both artistically and emotionally.” 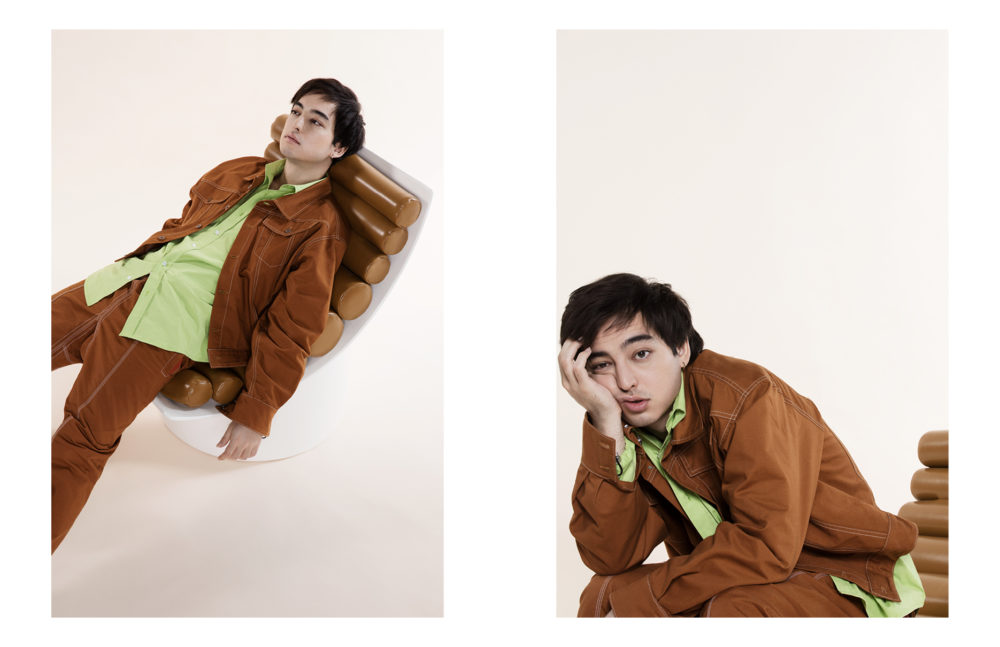 The buildup from that earlier work to Joji’s debut may have seemed natural to those following his career, yet the release of “I Don’t Wanna Waste My Time” still set off something of a shockwave through his followers. Joji’s audience had always been maturing concurrently with the artist. When the song dropped — complete with a hazy, slow-moving video of what appeared to be a blood-soaked hand drifting back and forth across the frame — a narrative was completed.

Miller’s work had finally caught up to him, with fans new and old quickly following suit. “The first release and album went so well that I just knew it was necessary to keep moving and working,” Joji says reflecting on those first months. Today, he adds, “the only reservations I ever have are when I’m choosing between many songs for the album, which is good news really because it only means more and better music for everybody.”

Some things haven’t changed. Joji still composes primarily on GarageBand, the stock music production software included on Apple computers and iOS devices. Other music producers may be sceptical, but for Joji, keeping with the same production chain and aesthetic as his youth keeps his work honest. “I know that there are better programs to work with, but I don’t like learning new things that involve numbers or buttons. Scares the living shit out of me,” he says. “[Garageband] looks the same as when I was in seventh grade, and I like to work with what I’m comfortable with. I get less overwhelmed — the focus stays on the music and not the technology.”

Music aside, another one of Joji’s strengths can be found in his strong visual sense. His video for the song “Sanctuary” features a Star Trek-esque space battle. “Run”, which also features some of Joji’s most powerful production and singing to date, has Joji stumbling through a seemingly endless limousine intercut with his slowly shattering body. Of the latter track, he admits, “I’ve never liked singing singing… But I found myself in a lucky place, where my vocal performances were receiving positive responses, so I started pushing it more.” About his videos, he continues, “Visuals have always been a large part of the music. Usually, I have to imagine some sort of visuals to go with the instrumentals or I have slightly more trouble turning it into something listenable.” 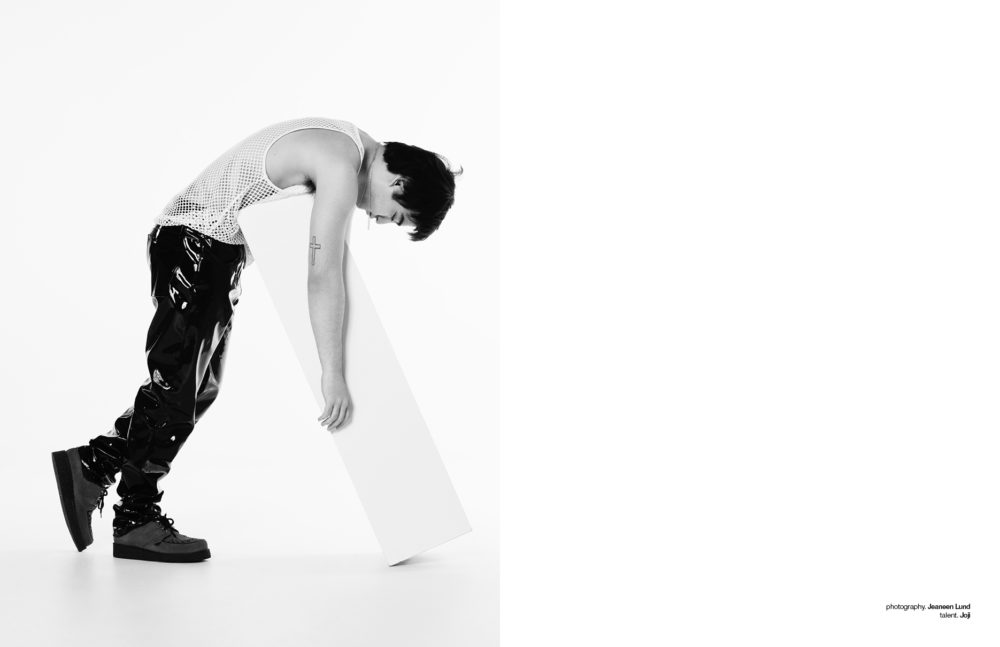 But all of this labour, despite its public face, is largely behind the scenes. At the end of the day, Joji is a performer and it’s not a role he takes lightly or particularly easily. “To get comfortable singing live, I think of myself as a product, and people need to get their money’s worth,” he confesses. “I try not to think of it as too personal. They paid for a show and I give them the best show I can.”

Nectar is now delayed, which Joji understandably blames on “the pandemic making things difficult”. Still, he promises a “fun and unconventional lineup” while dismissing any Twitter and Reddit gossip about potential features as noise. “I always figure out the collaborations towards the end of the project, so if you’ve heard any rumours they couldn’t be true because I’m just starting to figure it out right now,” he details.

But more collaborations are definitely coming — and someday, if the stars align, a fully Joji-produced album for another artist may be in store. “Right now I’m a little swamped, but making beats is my favourite activity and I can never get enough time to do it. I’d love to dive in full time and make albums not just for rappers but for singers and anything else out there. I think a Joji-produced album would be crazy, but only if the artist trusts me 100% with production, which they understandably wouldn’t, because they’re all unique artists so I’m not sure I can see it happening.” He closes, “If you trust me, hit me up.”

Nectar will be released on September 25. “Gimme Love [Channel Tres Remix]” is currently available on all major platforms and YouTube.