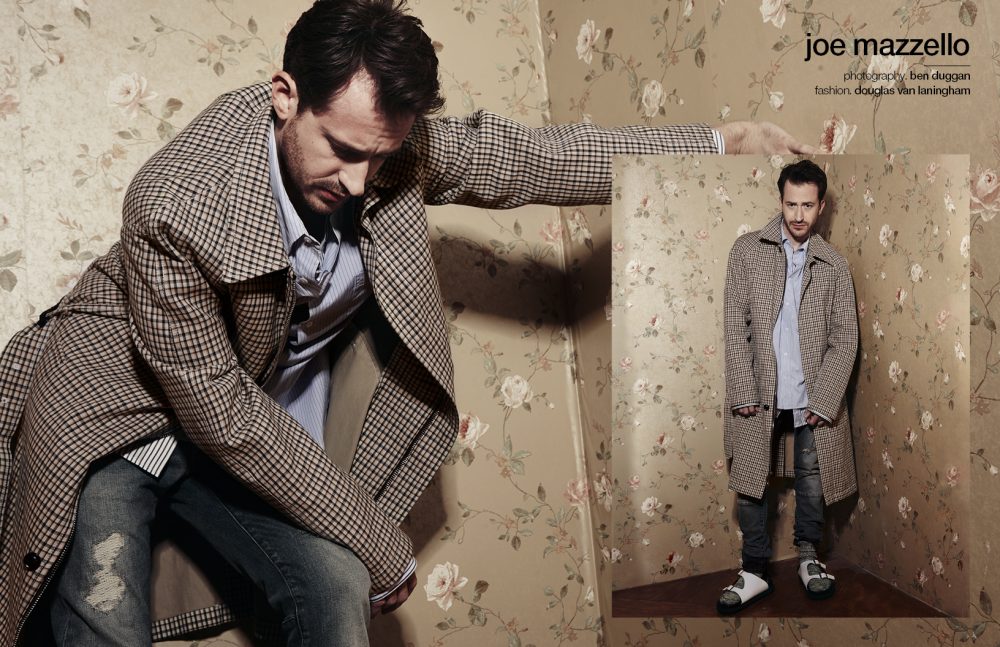 Whether in the original Jurassic Park, The Social Network, HBO’s The Pacific or perhaps, more recently, in the promo for the much-awaited Bohemian Rhapsody, chances are you have encountered Joe Mazzello somewhere. At only 35 years old he can boast of a labouredly astonishing 30 years in the film industry that have certainly not gone unnoticed. As a child-star, Mazzello skipped the conventional lapse into tabloid scandals and instead made his mark with his impeccable craft and stellar performances alone. Now, as part of the biopic of the iconic Queen quartet, he can be seen on the big screen again as bassist John Deacon in a performance we know he rocked. Leading up to Bohemian Rhapsody’s release, Schön! speaks to the actor about the film, déjà vu auditioning for Steven Spielberg and why he’s never been enamoured by fame.

You started acting at six years old and landed your breakout role in Jurassic Park when you were only eight. What made you become an actor, especially so young?

I was actually five years old when I got my first movie, believe it or not. I came from a show business family. My parents were dancers, my dad was on Broadway, and they opened a dance studio together. At an early age, my older sister used to memorize their dances and perform them whenever she was in public and crowds would develop around her. My parents decided that maybe they should get her into commercials to help put some money away for her college. She really took to it and suddenly I would start memorizing her audition material and perform it for my parents and they said, well maybe we should get Joe into it also for the same reason. And that’s how it all started. 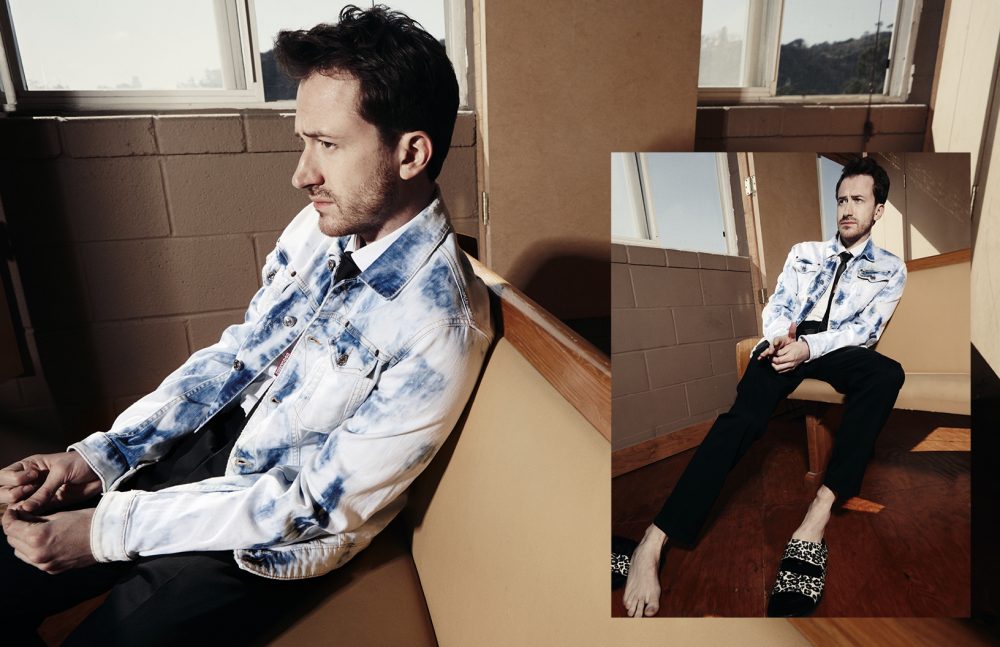 Did you see yourself having such a lasting career or was there ever a point that you considered stopping with acting?

I did stop for a little while actually, though not officially. I turned down a bunch of jobs while in high school and told my agents during my senior year that I was taking a break to focus on going to film school. I ended up at USC and it was there as I was making student films and acting in my friends’ films that I realized my break was long enough and got back into it from there.

You worked with the legend Steven Spielberg as a kid and recently again in The Pacific. How different was it working with him on these two projects, being an established and experienced actor now?

I think the only difference was self-awareness. I had to audition for The Pacific five times. The last two were in front of Spielberg (because Tom Hanks couldn’t make the first one) and though he was clearly happy to see me walk into the room and gave me a hug, it was clear immediately after that I would have to earn the role which, luckily, I did. So my nerves were quite a bit higher as an adult, whereas when I was a kid I had no idea who Spielberg was. I just knew he was a nice man with a beard. 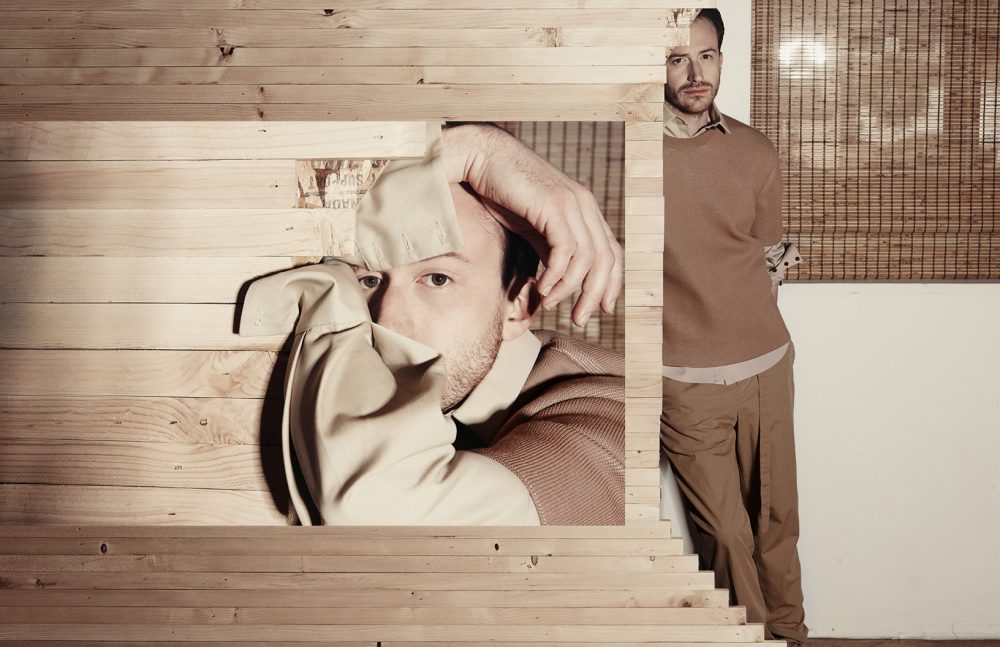 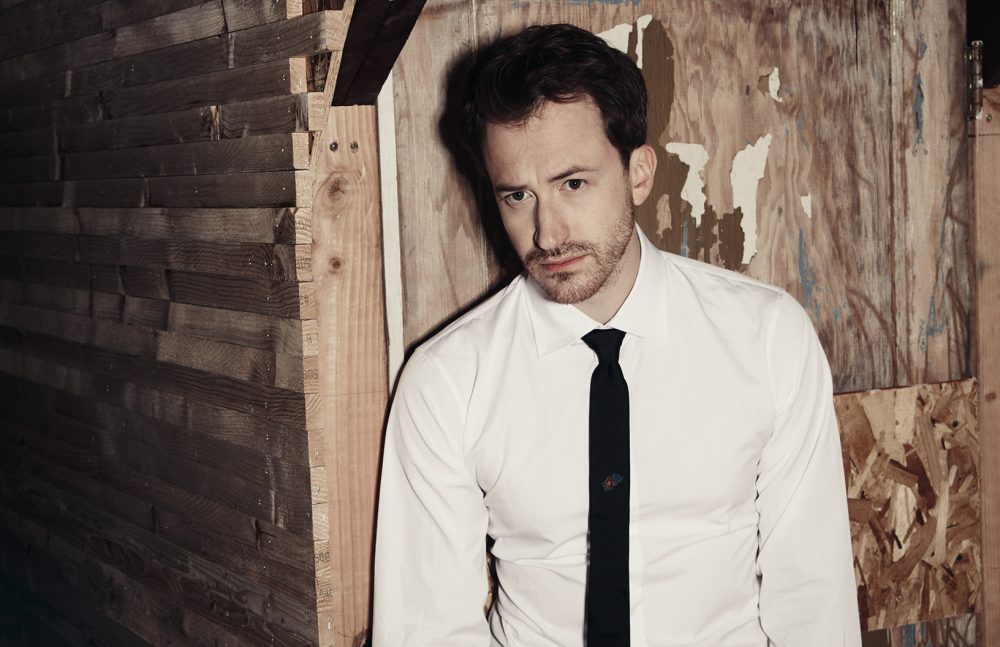 You directed your first feature film, Undrafted, which released in 2016. After so many years in the industry, was it a natural transition into directing?

I was actually just looking at an old newspaper clipping my mom had kept from when I did Radio Flyer as a seven-year-old the other day. In it, I said I wanted to be a director one day. I guess it’s always been something I aspired to, and yes, it was pretty natural. After working with giants like Richard Donner, Spielberg, Attenborough, and Fincher I just felt like I knew how a set should be run. I felt like I absorbed pieces of all of their directing styles and aesthetics and it was a tremendous experience that I hope to do again one day —with a slightly larger budget, hahaha.

Having starred in large Hollywood productions, independent films and television roles, in addition to producing and directing. Where do you feel most comfortable expressing yourself?

Well, I actually feel like it might be in a format I haven’t totally taken part in yet which is these cable/Netflix style TV series where you do 8-10 episodes a year. I feel like it allows you to really flush out a character without it getting stale. I’ve loved every time I’ve made a movie over a long period. Bohemian Rhapsody took six months and I wish I could have done it for the next four years. Maybe a TV series is the next adventure… 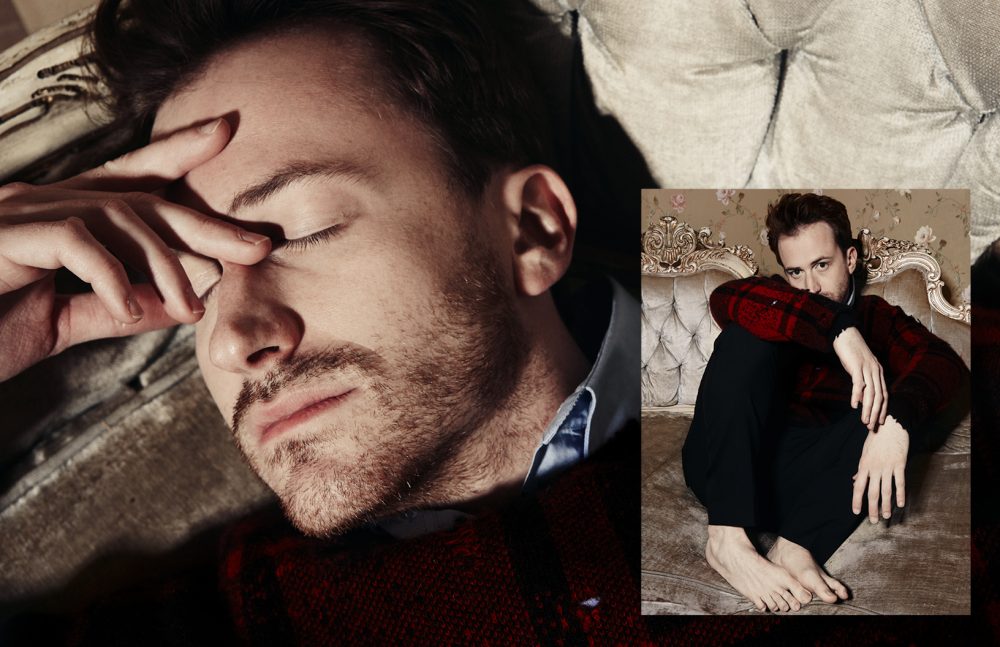 After more than those six months, the much-awaited Queen biopic,Bohemian Rhapsody is finally set to release. In the film, you play Queen bassist John Deacon. Tell us how you got the role.

Well, it certainly helped that I look like John Deacon’s long lost son! It wasn’t your typical process. I was in London with my manager and basically ran into one of the producers and my manager told him outright he should put me in the movie. And the producer essentially said “don’t hold your breath. We are casting all Brits.” Something must have stuck with him because a month later I got a call that they were really interested in me for the role of John and all they wanted was to hear my British accent. They asked me to take a look at a three-minute interview he did and to film myself saying about a minute of it. I did it that day, and got the job.

Deacon is perhaps one of the most reclusive Queen members. Did you actually get to meet him?

Unfortunately no. He lives a very private, simple life these days which is his right. I do hope to meet him someday though. Just for a cup of tea maybe when this is all said and done. 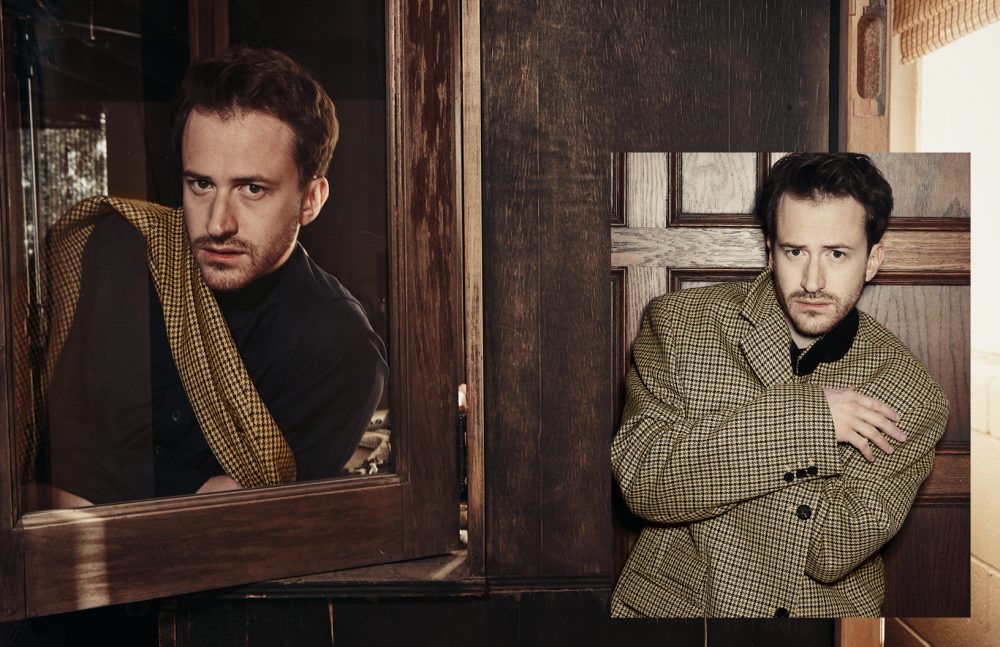 What was the most challenging part of playing Deacon and do you feel you’re similar to him in any way?

The bass playing is certainly up there because it is a proper discipline that has a true correct way of doing it. I think John played the bass for the love it and the fame it brought wasn’t something he cared much for. I’d count myself in that category when it comes to acting. I accept the fame because it, hopefully, helps me get future work, but I don’t live for it.

Musically it must have been intimidating going into this project performing as a member of one of the most iconic rock bands of all time. How did you prepare for the role?

Well, I learned how to play the bass. I had a little background in guitar before the film came about but never bass and so when I found out I was up for it I immediately started playing. Then, when I got the job they brought me to London six weeks before shooting to do bass lessons four days a week with Paul Westwood, who is perhaps the best studio bassist in London. I also took that time to work diligently on the accent and John’s movements while on stage. It was pretty immersive.

Bohemian Rhapsody has been such a talked about project and production was not always certain, with directors being switched in the last two weeks of filming. How does it feel to not only be a part of this but to finally see it completed and about to release?

Well, I’m elated about the film and always knew it would be great. Of course, there are always a couple things you miss and wish hadn’t been cut out, but I think it’s a movie that audiences will be very happy with. 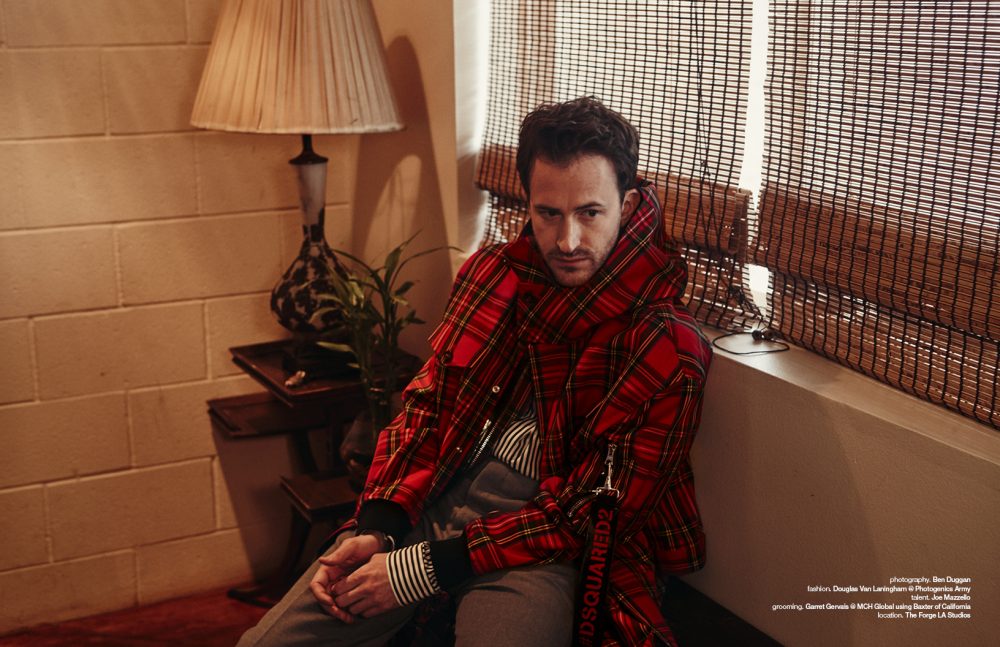 With such an impressive résumé that spans almost thirty years, what would you say has been your most formative role?

Probably still has to be Eugene Sledge in The Pacific. That part of WW2 is so overlooked and these island battles so forgotten about. It’s important to make sure people are aware of the sacrifice so many — like my own grandfather — made for the future of the world.

You’ve kind of done it all, but what can we expect next from you later in 2018?

I really hope to be producing a feature and a TV pilot in the coming year. If all goes well, I’d be on as either an actor or director for both…