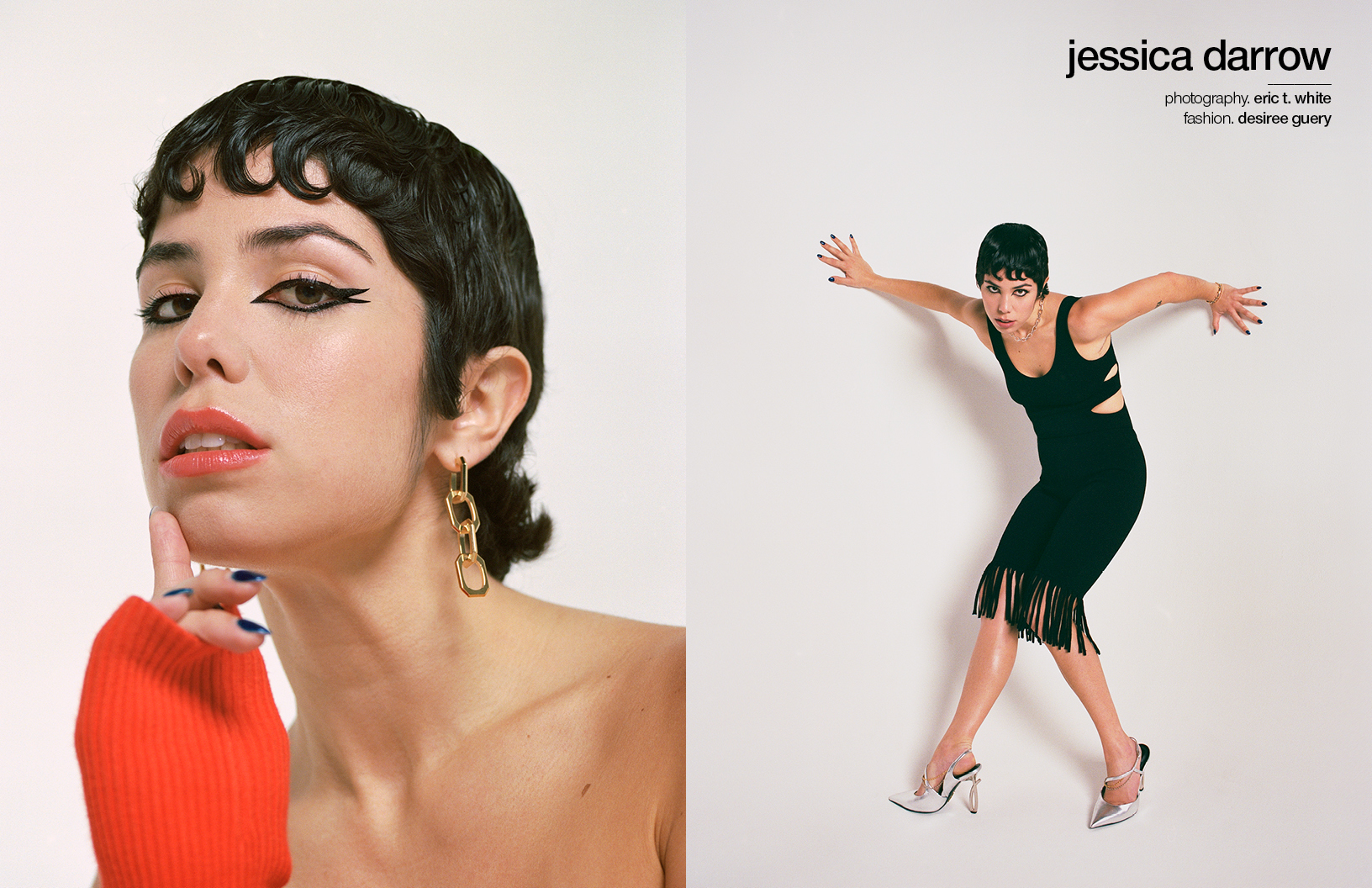 Ever since the global success of Disney’s Encanto, Jessica Darrow swiftly enchanted (no pun intended) the hearts of many with her adorable portrayal of Luisa Madrigal – the buffed but sensible big sister from our favourite Colombian family.

Months after being under the spotlight, Darrow says she’s ‘feeling very grateful and busy’ as she prepares to star in an upcoming Amazon Prime TV show, Fifteen-Love. The drama series is based on the real-life story of a tennis prodigy, Justine Pearce, and her coach, Glenn Lapthorn, revisiting their relationship following Justine’s unfortunate injury.

The Cuban-American actress describes her character as a ‘sexy and queer sports PR manager’ to whom Darrow seems to relate a lot. ‘I haven’t felt closer to a character before. Sometimes it’s a bit of a vulnerable experience for me and I even find myself wondering if I’m doing enough on camera,’ she says. 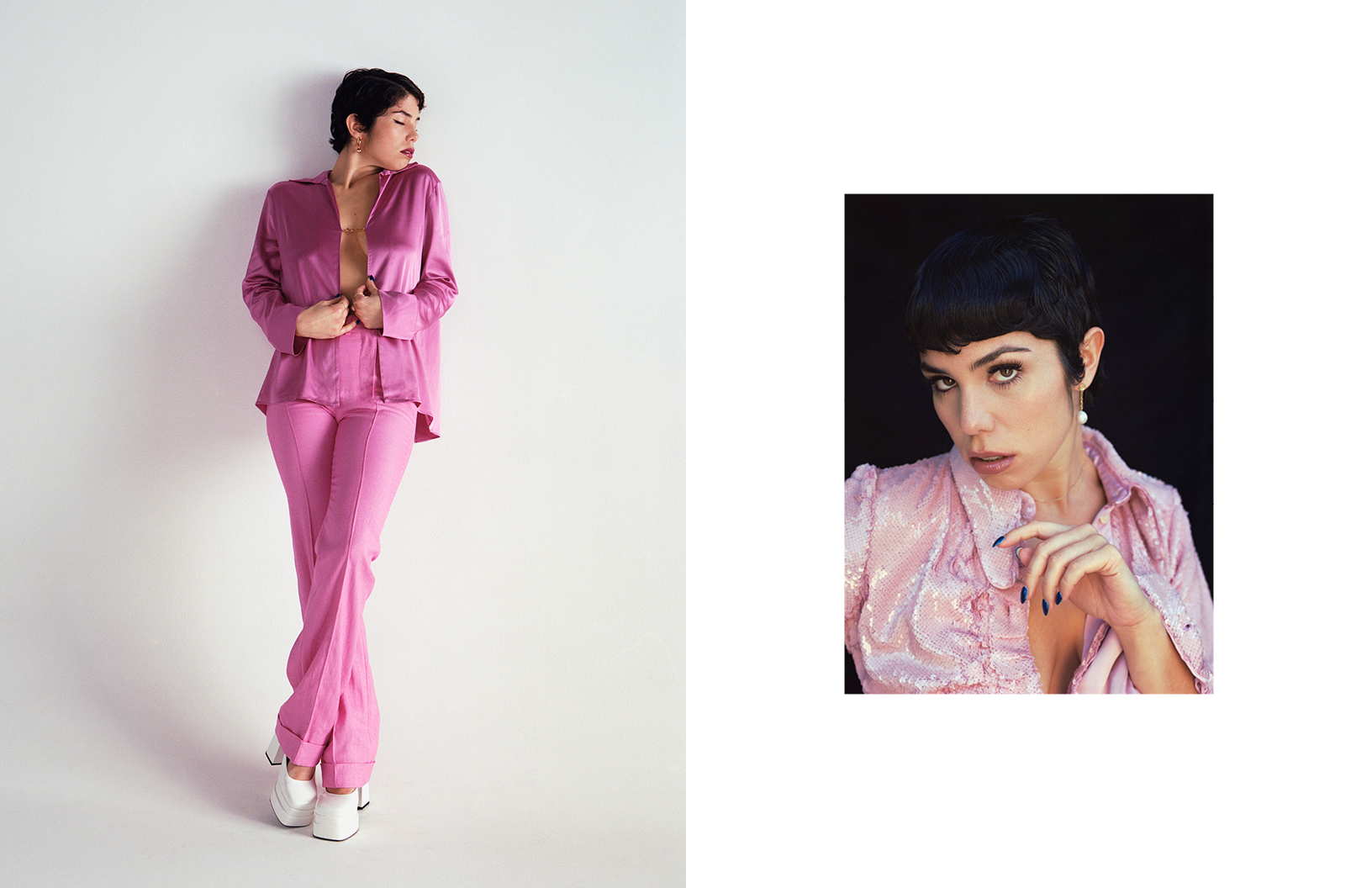 A premise of gripping sports-related drama isn’t the only thing viewers should look forward to, as Darrow explains that the queer representation in the show is far from the usual trope we’re used to. ‘I get to experience the day-to-day life of this character without making a big deal out of it or something they’re dealing with, like an affliction as opposed to a part of who they are.’

Darrow is no stranger to the stage. Her endless love for acting and singing started at a very young age when she participated in various school plays. One in particular, in which she played Captain Hook, made her realise that this was her life path but it also gave her signs of her queerness. ‘Acting is the thing that called my name because it’s the best way I know how to tell stories on a broad scale. I get to play so many different kinds of people from a safe space,’ she says.

Every actor prepares for a role differently — whether that’s method acting or studying a character. For Darrow, writing is essential to nail a performance. ‘I’m always looking for very specific character descriptions, and things that I can use to create choices and come up with backstories.’ As a Shakespeare’s Globe Theatre graduate, the young actress is attracted by ‘witty and creative writing as well as specific punctuation that allows you to understand the emotion of the script.’ 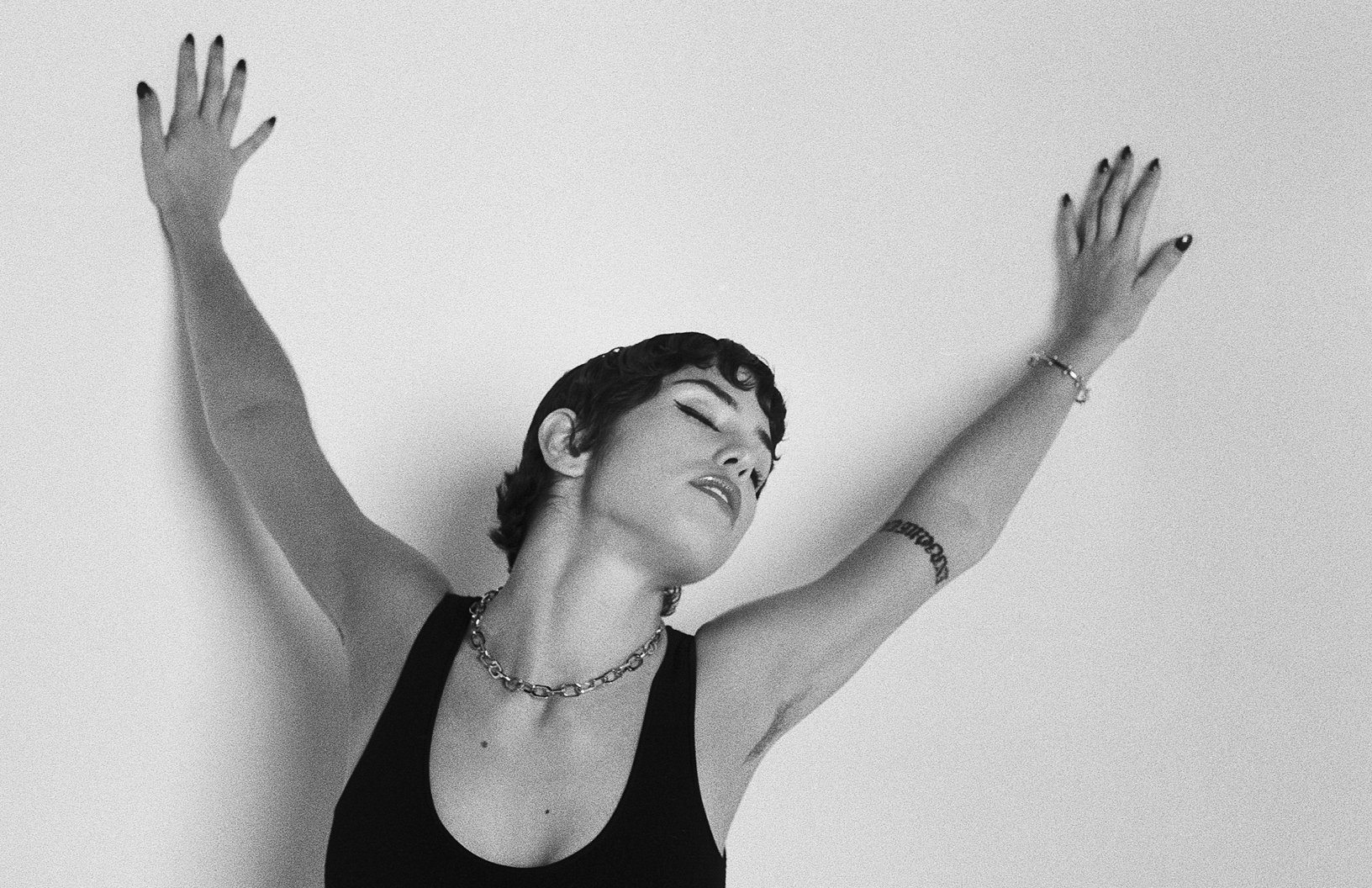 Last year, the release of Encanto marked the beginning of a blooming career for the actress. The Oscar-winning animated film was a global box office phenomenon thanks to its cultural fidelity and its detailed representation of transgenerational trauma, which resonated with families all around the world.

Darrow reveals that at first, she didn’t realise how important it would’ve been for people to see such a role in a Disney film. When asked what it meant for her to portray Luisa, Darrow simply explained that it was a huge unlocking moment. ‘I was always trying to be heard, to be seen and being given the chance to play Luisa has allowed me to realise that I can have purpose in my acting,’ she says. ‘Luisa can embody a lot of things: big sisters, little sisters, children of immigrants, trans women, queer women, any type of person. She’s the first Disney character of her kind.’

It’s this aspect of Luisa’s character that led many in the LGBTQ+ community to have a crush on her, storming with questions the actress’ comment section on social media. ‘It’s weird to see how much access social media can give us and how rapidly people’s ideas can start forming. I know what it’s like when you feel seen and if people do feel this way about me, I’ll continue being authentic and use my platform for good,’ says Darrow. 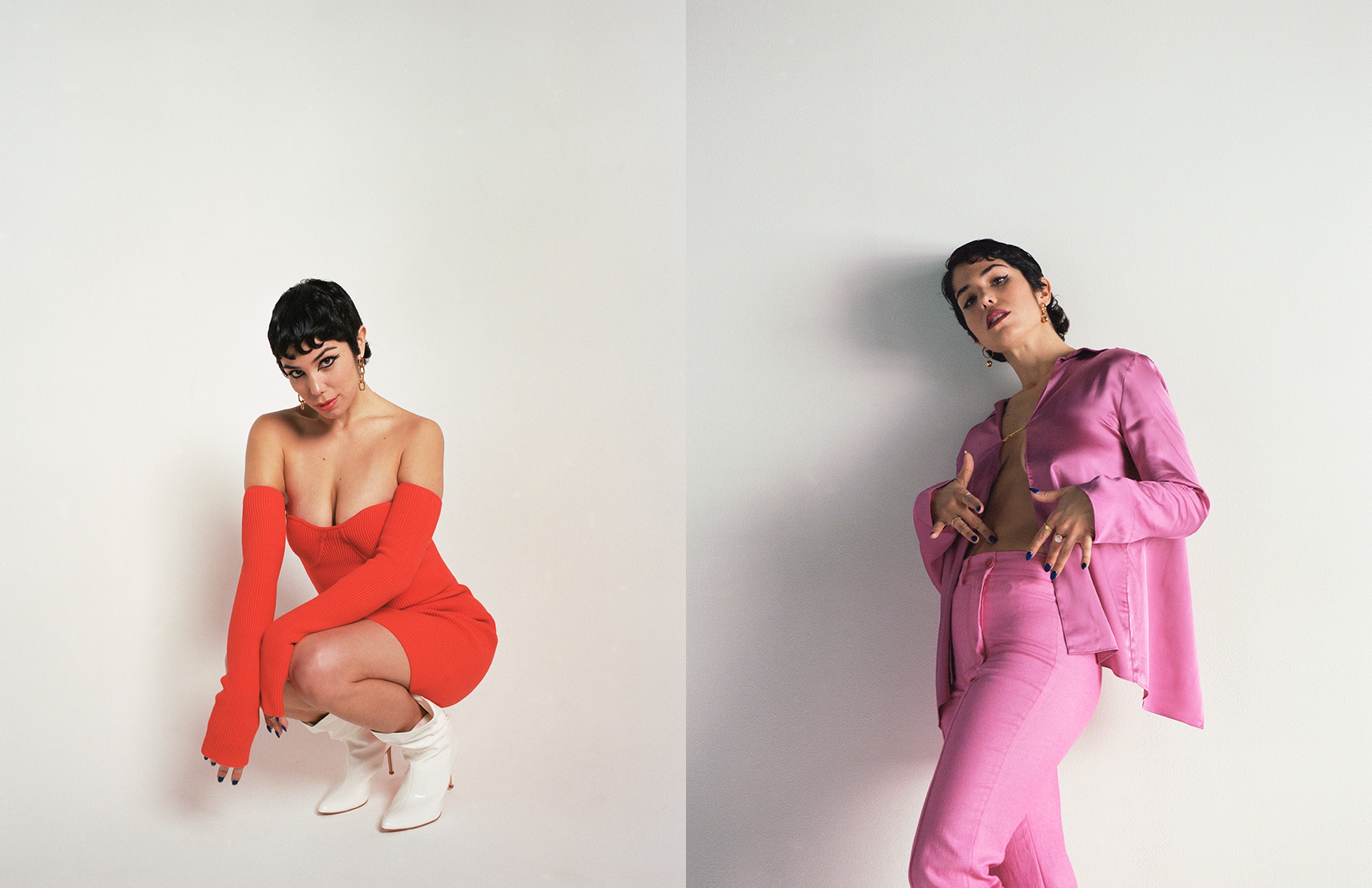 Latina queer representation has been a taboo for so long that seemed impossible to overcome. With characters like Luisa, Darrow believes that Disney has given light to queer women of colour who often fail to be acknowledged by the film industry, but it’s simply not enough still. ‘These are the people who most identify with your animated films, that support you the most. You need to create more queer stories. It’s not a taboo, it’s completely normal,’ she says.

Although there was no studio to record the scenes due to the pandemic, Darrow reminisces the special — but lonely — moments working remotely with the cast and production team. ‘We were determined to still make it a wonderful, life-changing experience. I spoke about my own family and the role that I feel I play within my own family dynamics. We all shared our own stories to the point that it got very personal,’ she reveals.

But voice acting is just a piece of the puzzle that makes up Encanto. The incredible songwriting and catchy melodies, produced by the legendary Lin-Manuel Miranda, made every song from the soundtrack chart in the Billboard Hot 100 in the US and the UK Singles Chart. The most famous and Tik Tok-viral tracks include We Don’t Talk About Bruno, The Family Madrigal and Surface Pressure. 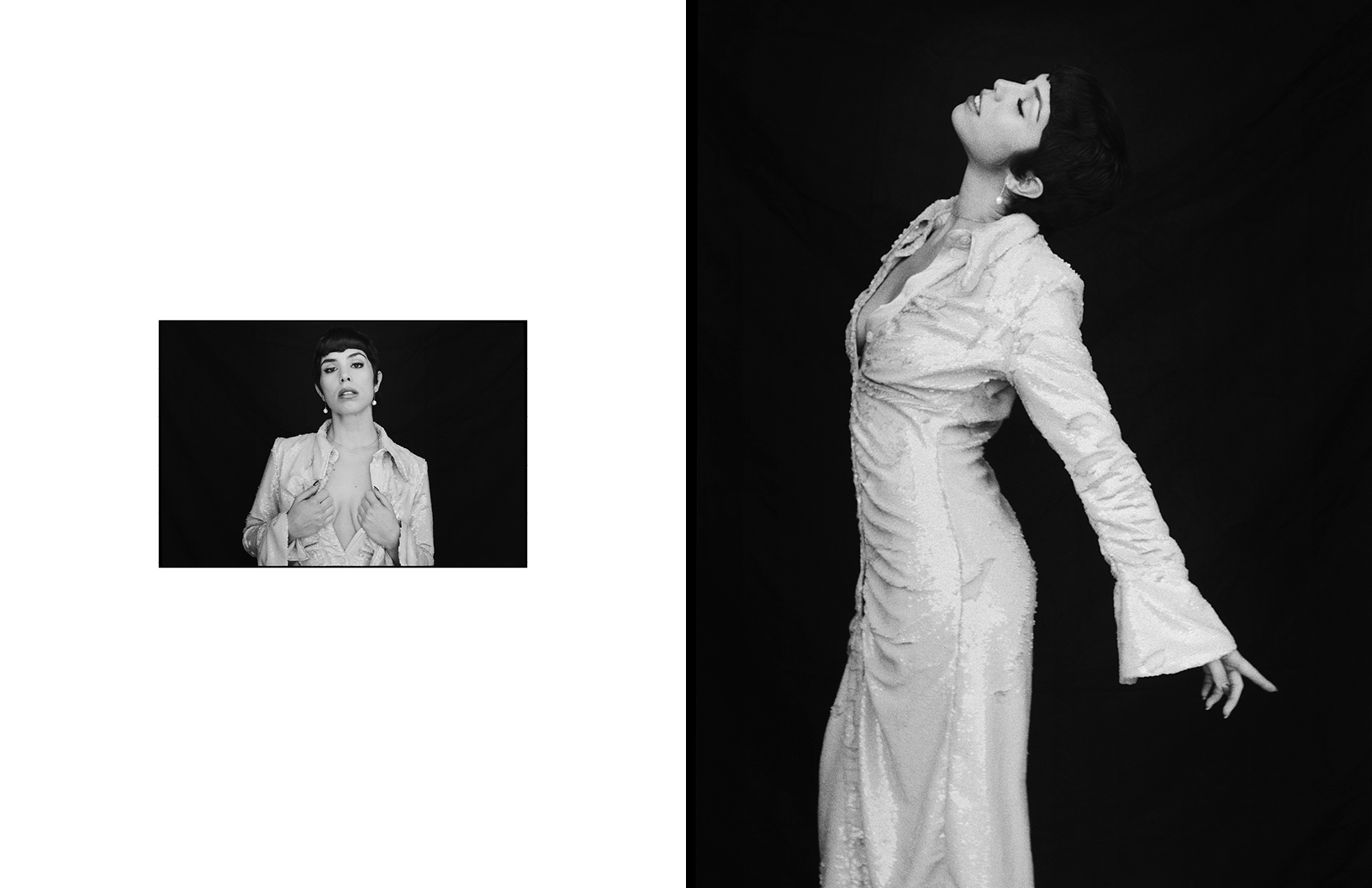 Darrow is the singer behind the latter, which is also the first song she’s ever had to learn from scratch. ‘Recording Surface Pressure was a very vulnerable thing for me because the lyrics are devastating. But it’s also a fun song that you dance to,’ she says. The song encapsulates what it feels like having to deal with the pressure that comes from the constant anxiety of being perfect and being there for the people around you.

Darrow, who’s been a fan of Miranda since her teen days, describes working with him as an unbelievable experience. ‘I’ve been belting his songs at the top of my lungs since I was so little in the mirror pretending to be Nina in In The Heights, and now I’m doing this full circle thing where he wrote a Disney song for me?’

The universal critical acclaim that the song received pushed Darrow to consider a career in music. For the past couple of months, she’s been working on a debut EP — which she promises will be out before the end of the year — but before that, we can expect some Disney holiday tunes. ‘I’d like to establish a music career and I’m hoping that that will lead to more things musically and being taken more seriously,’ she says. 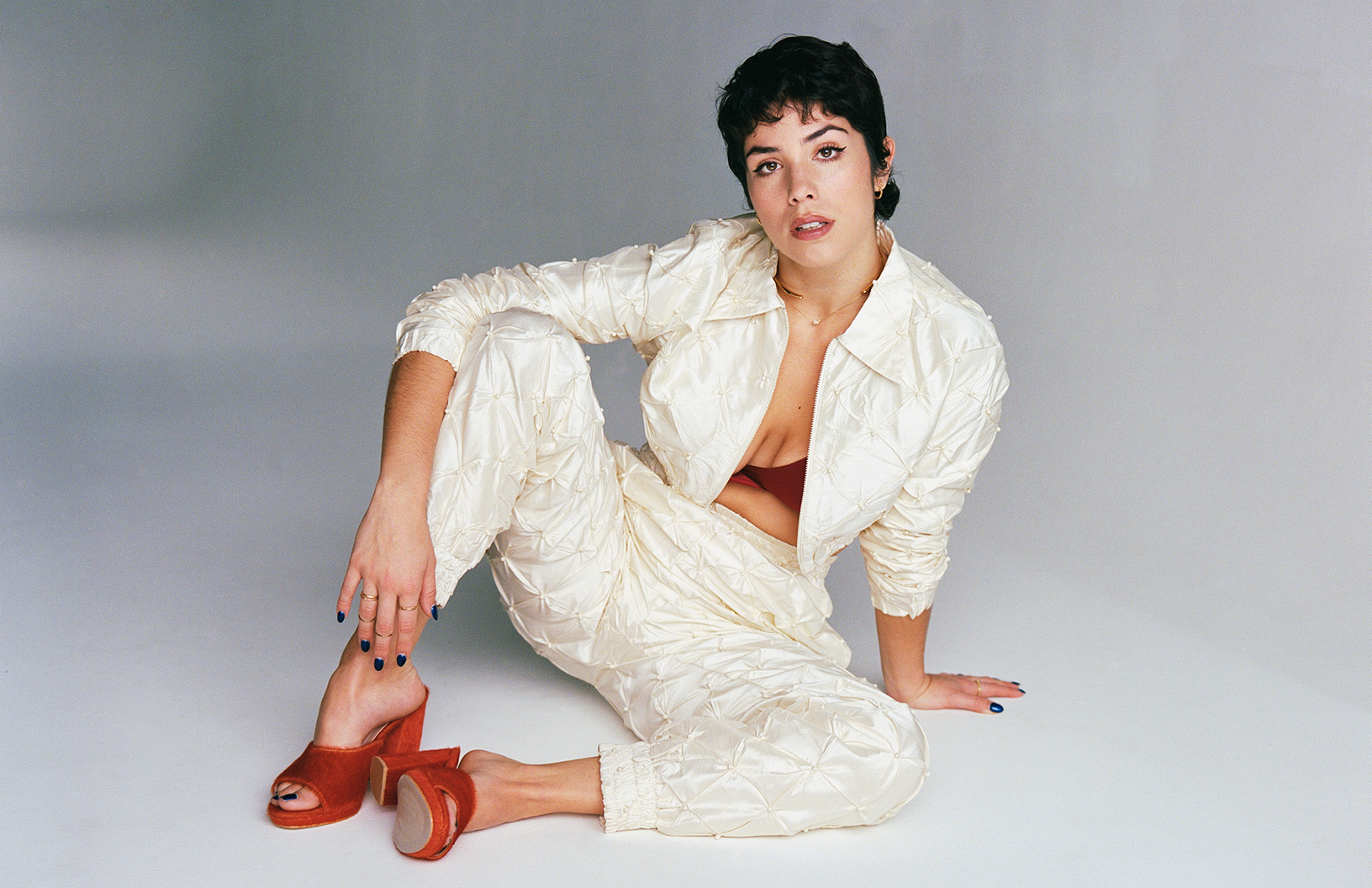 Earlier this year, Darrow performed at various venues in the US and recorded multiple live performances for Disney’s Say It With Pride, featuring her signature song and an exclusive cover of Nobody Like U from Pixar’s Turning Red. ‘I really was not expecting Disney to show up that way for Pride so I was honoured and pleasantly surprised to have such a big part of it,’ she says.

Channelling the 90s Disney stars, Darrow appeared in a colourful, textured Y2K outfit matched with some P!nk-inspired spiked hair. ‘Any time I’m representing the queer community I want to go all out because they deserve it!’

Darrow’s future is looking filled with bright opportunities despite currently being booked and busy with other projects. She reveals that she would love to portray Amy Winehouse in her upcoming biopic; have her own show (Fleabag style) and work alongside directors and actors, such as Paul Thomas Anderson and Issa Rae.

As Darrow puts it, she dreams of ‘pleasant stories about queer, complex characters, not just traumatising ones.’ Although her main goal is to ‘uplift voices and tell stories that normally don’t get to be told.’ 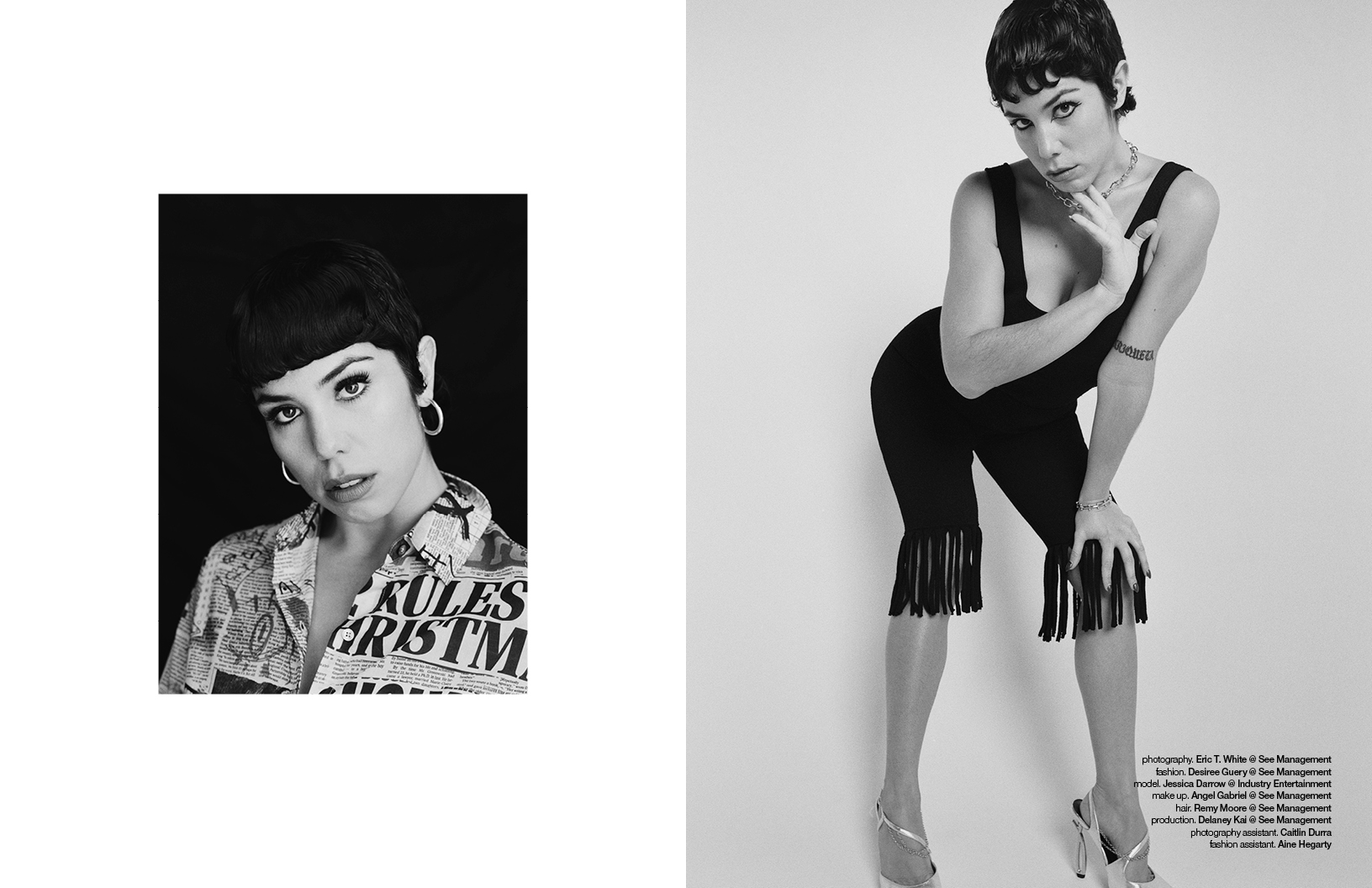 Encanto is out now.