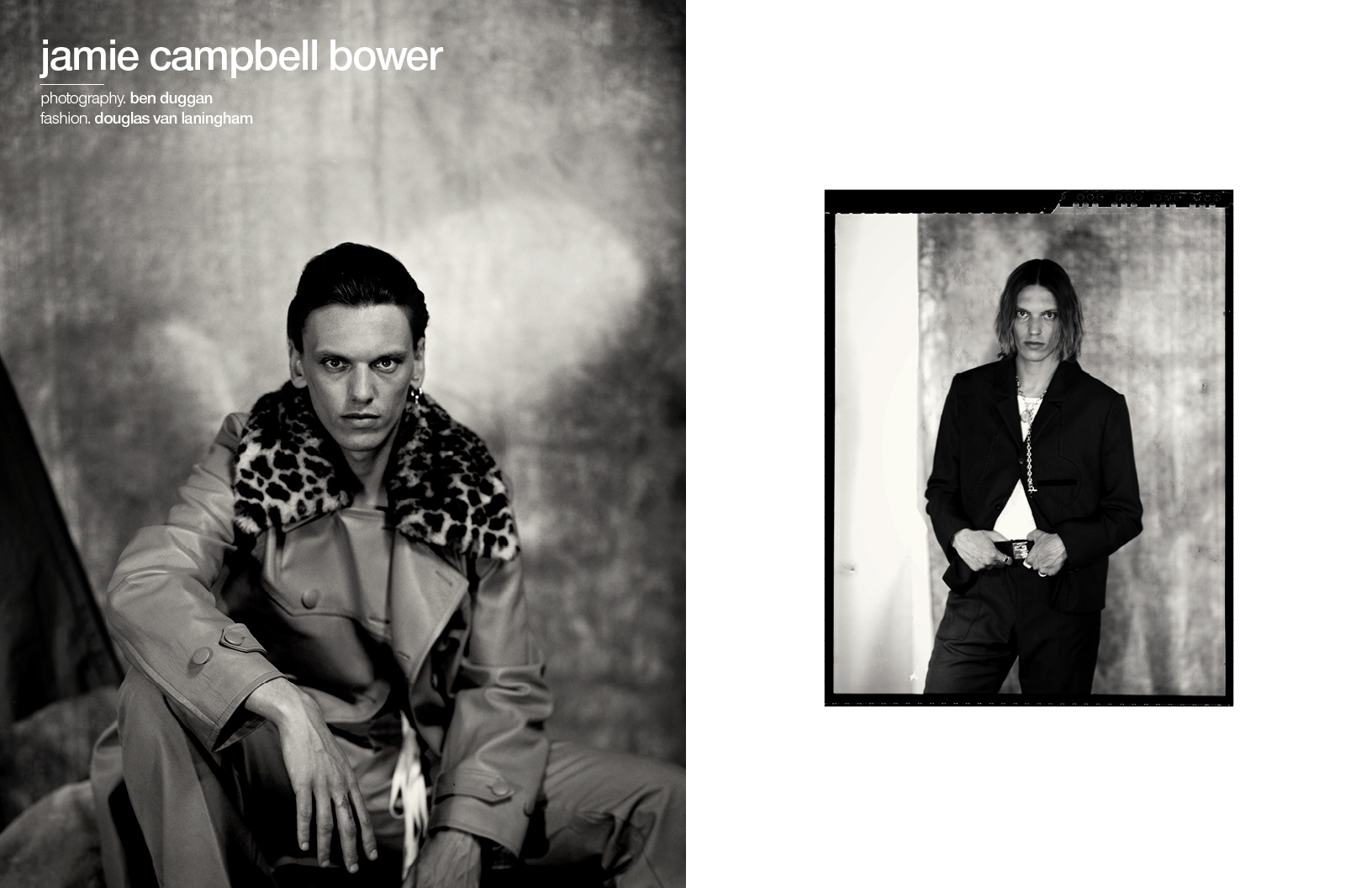 Jamie Campbell-Bower is no stranger to the supernatural. Holding an inclination towards darkness and the value therein, the London-born actor has featured in a range of fantasy tales throughout his career, from Twilight to The Mortal Instruments. Drawn to the potential that lies in this form of storytelling, Bower digs deep into each world and Stranger Things is no exception.

Bower’s most recent foray into the supernatural is perhaps his most wonderfully horrific (in the literal sense of causing horror). Bower’s formidable performance as Vecna engenders a sense of fear unique to this new season of Stranger Things. His newfound presence has been difficult to miss, its impact extending beyond Netflix to the wider realms of the Internet. The show’s cult following, combined with Bower’s strikingly impactful take on the roles, has a host of fans fawning over the villain online, including TikToks circulating with users playing their own ‘Vecna songs.’

That Vecna’s so-called ‘weakness’ is music—and the memories and emotions attached to a given song—makes Bower’s casting all the more fitting. A musician in his own right, Bower has recently embarked on his solo project following a five-year stint with his band Counterfeit. With this, Bower leans further into the shadows and all that they have to offer.

Schön spoke with Bower about the intricacies of his role in the latest series of Stranger Things, his new music and the thread of darkness that runs throughout his work. 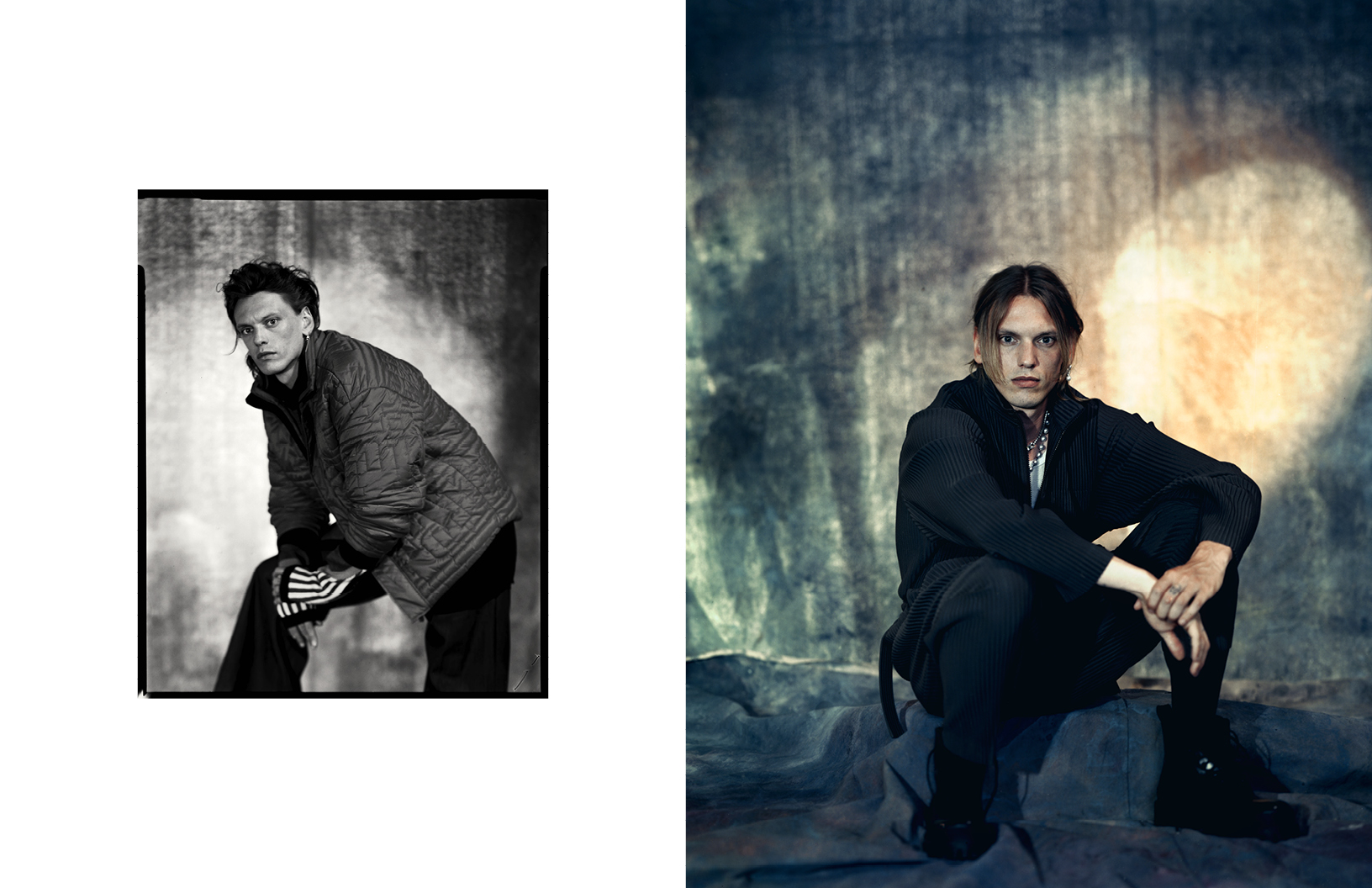 Hello! So nice to meet you. How are you feeling now that Stranger Things 4 is finally out in the world?

Lovely to meet you, too, and thank you for your time. Relieved, terrified, grateful, and lighter.

You effectively play three characters in one: Henry, One, and Vecna—how do you channel each of the three? Is it a matter of compartmentalisation, or perhaps fluidity?

Well… Yes, fluidity was certainly part of it. I sort of tracked One / Henry from both ends of his journey. I needed to know his belief system, his experience and his truth. So I built up his childhood first as well as knowing where he ended up. He, by all accounts, is a product of his environment. He’s hiding a lot of his true beliefs in order to survive in the Lab so I needed to know those first of all in order to sort of blanket and hide them. One thing that came up for One was a bubbling sense of resentment. He’s been ostracised and treated like an outsider, he’s witnessed the world as a place of lies and he never felt part of that. This resentment was also important for his transition into Vecna. He already has this belief and experience and when El sends him to his moment of change, that resentment builds further. It’s added on top of everything. He wanted to be free and she cursed and cast him out. This, added to everything he feels, creates a very dangerous and very real threat, and is very human. So, in short, it was a natural process of digging deep throughout the development period prior to shooting.

Did you film in the order of Henry’s transition or did you have to jump back and forth between the three? What was that experience like?

We actually started with some Vecna work. Thankfully, given the time we had prior to filming, I knew what was going inside this person. Even though there’s a significant change in appearance and vocal tone, I still knew the human inside. As far as Henry / One is concerned we did film fairly chronologically. What was and still is interesting to me was that there was this fear inside of me that El and Millie would potentially see my goal—to be free—and I needed to keep that hidden to survive. However, when Henry is able to show his bubbling reality, there was a sense of freedom and relief. That freedom and relief also came from research I had done on real people and the way they feel. I shan’t go too much into that, though. But tracking everything and the through line was always at the forefront of my mind in preparation. 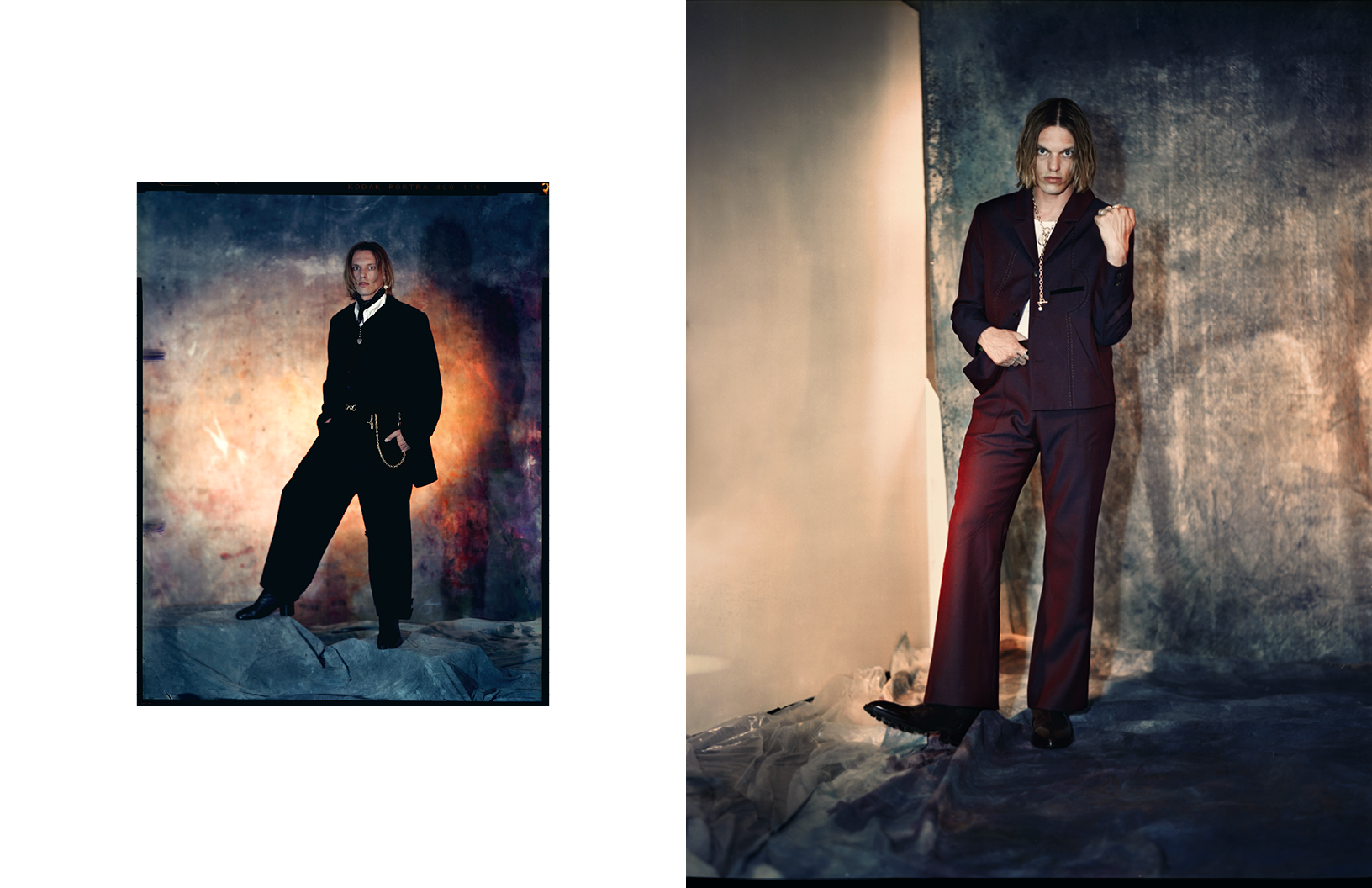 I imagine playing such a dark role takes somewhat of a mental toll. How did you put your all into the performance while maintaining a semblance of mental wellness?

Someone I work with once said “all you have to lose is your mind”—I like that. The mind is a funny thing; it can serve us very well but also can be our biggest downfall. So, with regards to putting my all into it and maintaining a sense of self and wellness, I certainly would do good things for me when I could. Nature, sensory deprivation tanks, and being aware of my own physical response to the work was important. I just listened and when I needed to breathe or come up for air, I would. I would also take time between shooting days before I jumped into anything. I let it pass and then could interact again with clarity. But awareness is important. I loved myself when I needed to.

I gather the initial sides for your audition were from existing films and the next were dummy sides. How do you prep to audition for a character you know next to nothing about?

Well, the initial sides were from both Primal Fear and Hellraiser. I knew these works respectively but never tried to imitate as it were. Instead, I just made it truthful and in the moment. Then after that came dummy sides from the show. Given the material I pieced together in my mind who I thought this person was. I made a mood board of the world of Stranger Things and then elaborated on it with references that I thought made sense given the material I had at hand. It was all very instinctual. It just felt right and I went with it. I didn’t question, I just remained open and receptive so what happened was very organic and came from outside of myself. It’s hard to describe but it was, like I say, instinct.

A lot of the Stranger Things actors have grown up together over the years, having filmed with one another since 2015. What was it like being a newcomer on such an established set?

Everyone was so welcoming and kind. I knew I was joining a family and I respected that but the warmth that was shown to me was so immediate that I felt very at home and loved instantly. Personally I am and was so grateful to be a part of a team of people who work together to make something truly magnificent and I made that known. We love each other and that creates something beautiful.

What’s been your favourite response to this season thus far?

The Vecna thirst has had a lot of us laughing. 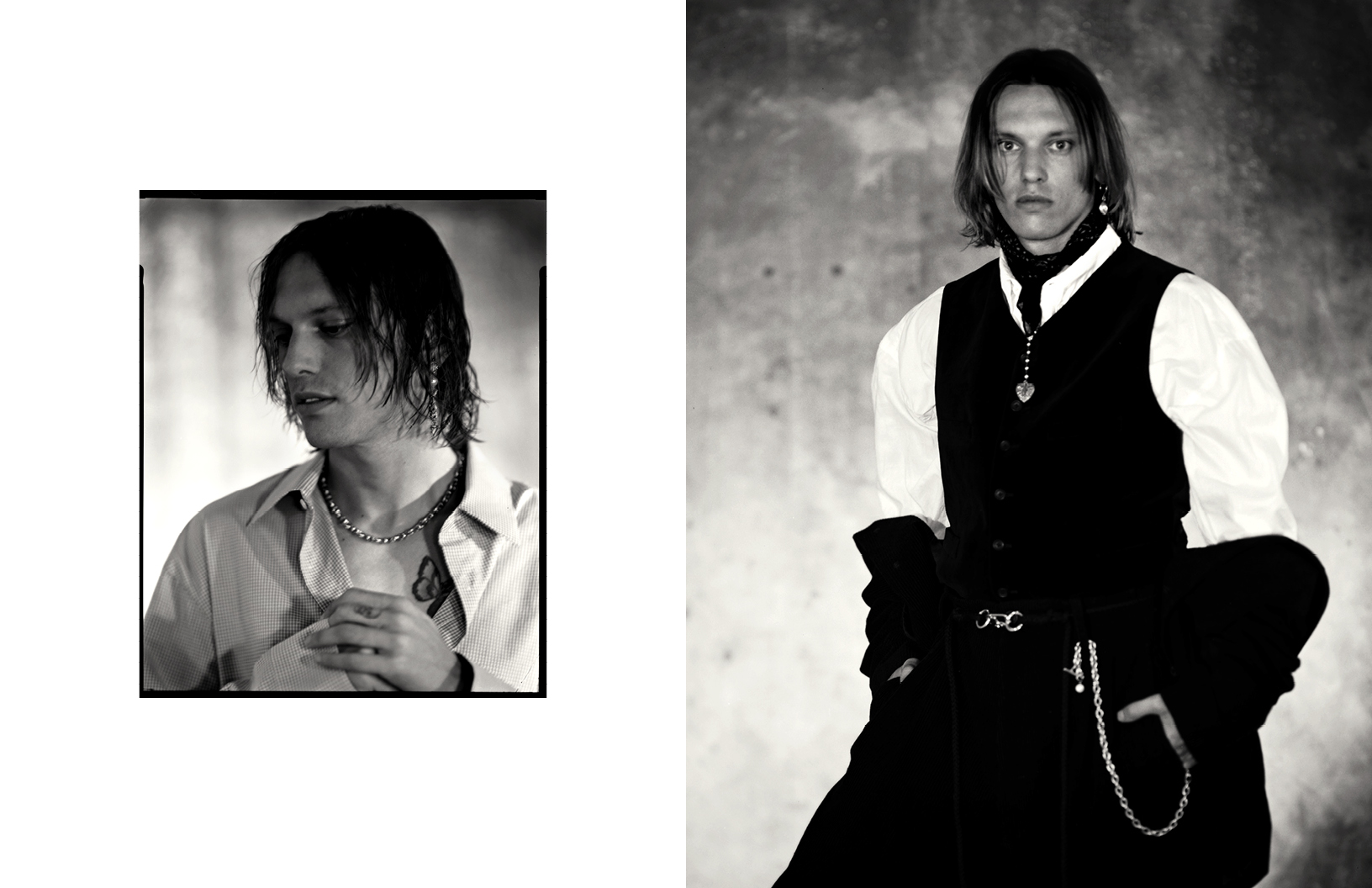 This isn’t your first foray into the supernatural—a lot of your past roles have been in the fantasy realm (The Mortal Instruments; Twilight; Fantastic Beasts), and you’ve got True Haunting slated for release in 2023. What is it that draws you to this genre?

The fantasy genre, for me, is a world where we can create something better than our own existence. Often in fantasy there is a deep message of how we should love and treat both the world in which we live and each other. That, I love.

Acting aside, your new music releases as part of your solo project, ‘Run On’ and ‘Devil in Me,’ have garnered quite the positive response. How did these songs come to be?

Songs happen 2 ways for me. One is I become fixated on an idea and cannot shake it. The other is total surrender in a moment. This was very much a fixation. I was on holiday and could not shake this song. I demoed it in the bathroom and then sent it to my friend Matthew Terry at Vada studios asking if he had space and perhaps some other musicians to work with. Thankfully he had both! We were blessed to work with Mikey Demus and Arya Goggin from Skindred and now their latest project King Sugar. We tracked the whole thing live in 1 take and mixed the song using analogue technology. There’s a realness and a rawness to the process that I really enjoy. I wanted to capture the energy of the room, you can’t replicate that digitally so what you hear is what we got on the day playing together for the first time. The video too was very organic. There’s a sort of DIY-ness to art that I really enjoy and makes the process so much more seamless. Rather than asking permission to do or make something,. Wwe just do it. That, in my opinion, is how it should be done.

Having said goodbye to your band Counterfeit, what has the experience of making music been like outside of that group context?

I started writing for Counterfeit on my own in my living room and I naturally expanded from there. So, in terms of the process, it’s been somewhat similar. That being said, not being constrained to have to think about writing for a “rock band” as it were has been really freeing. I feel like I can explore as much as I want to now. That’s very fulfilling. 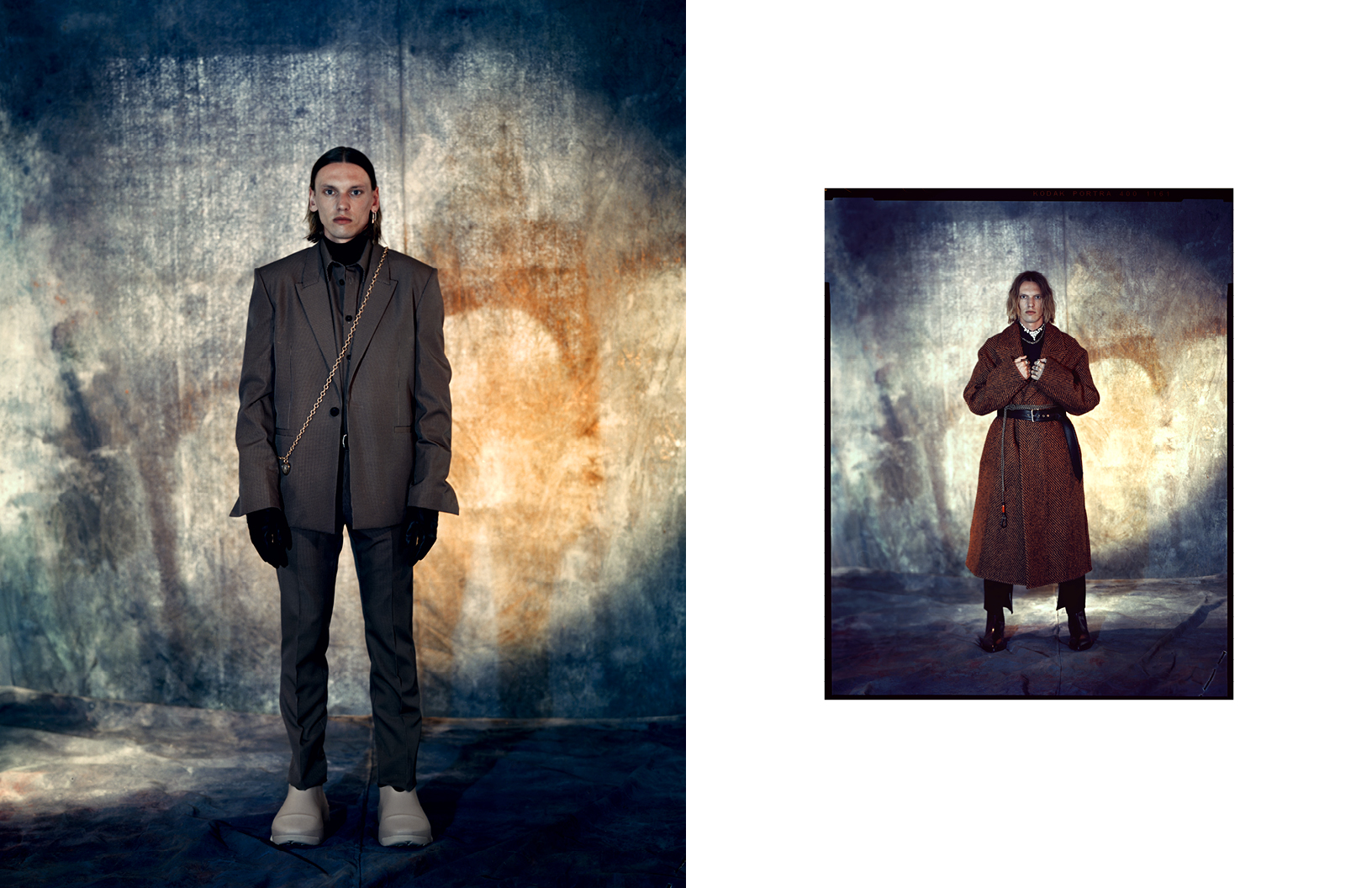 You write that your favourite method of recording is ‘fully live.’ What, in your view, is the beauty of this more raw, organic style of recording and performance?

Sound is energy, we measure it in waves, but it interacts with matter or particles in the atmosphere. When we track live what you are receiving into your ears is the energy of that very moment. That makes any track recorded in that way come alive. It breathes. It is like a photograph or a movie. That, to me, is exciting and interesting and I want to give the listener that experience of being in the room at the time of tracking.

You’re fascinated by the idea of dark and light and contend that dark isn’t inherently evil Your site invites listeners in with ‘Welcome to the Shadows.’ What value or potential do you see in this concept of darkness?

Stillness. Connection. Truth. Beauty and a greater understanding of all things both external to ourselves and internally.

Looking forward, what would be your dream role to play? Or story you’d hope to tell?

Dante’s Inferno. But I’m remaining open and receptive to whatever may come my way and feels right.

What are you most excited for, be it in the film or music realm, or outside of both?

The world getting to see Volume 2 of Stranger Things. 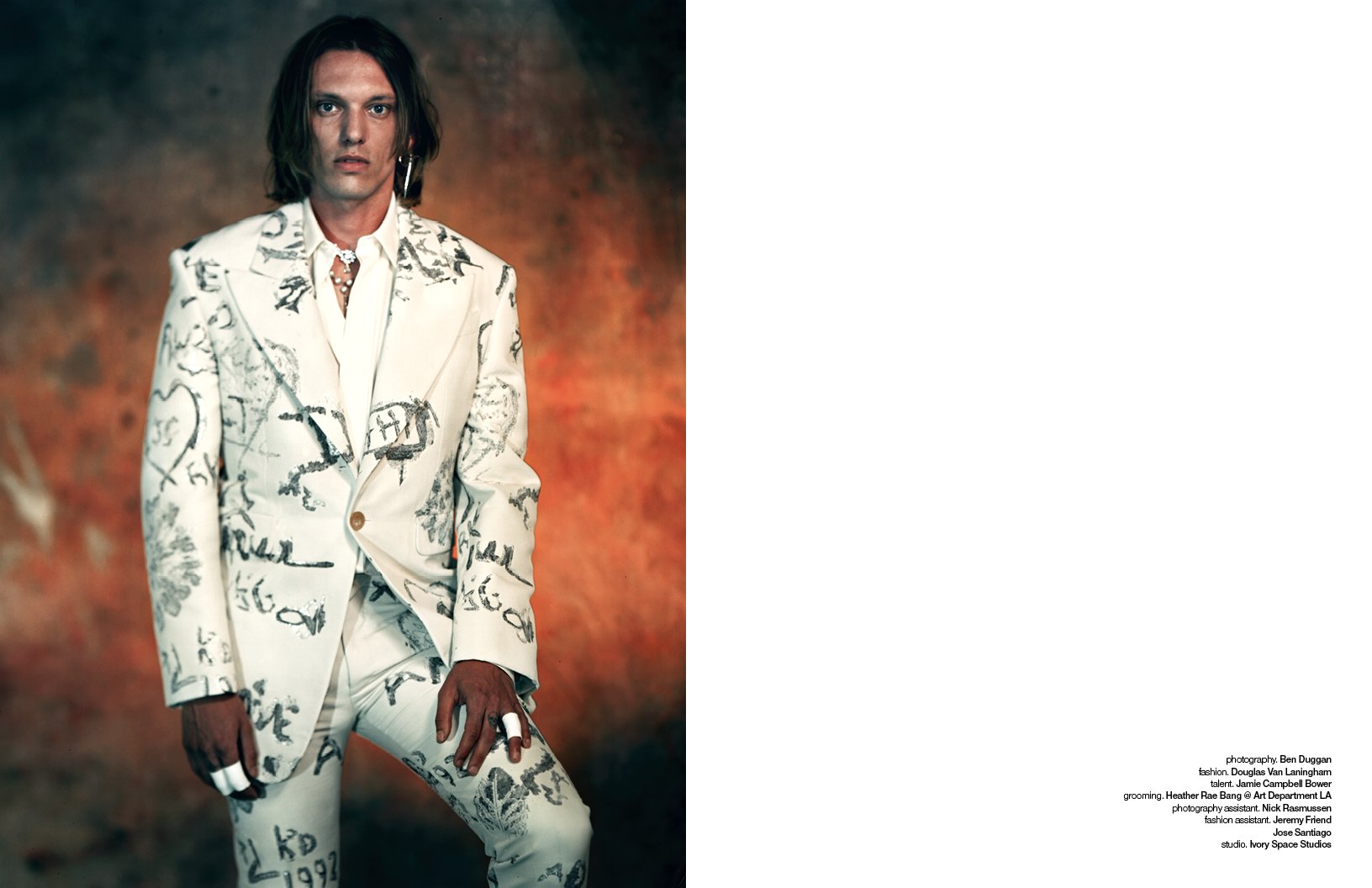 Part one of Stranger Things Season Four is out now. Part two will be released on 1st July.