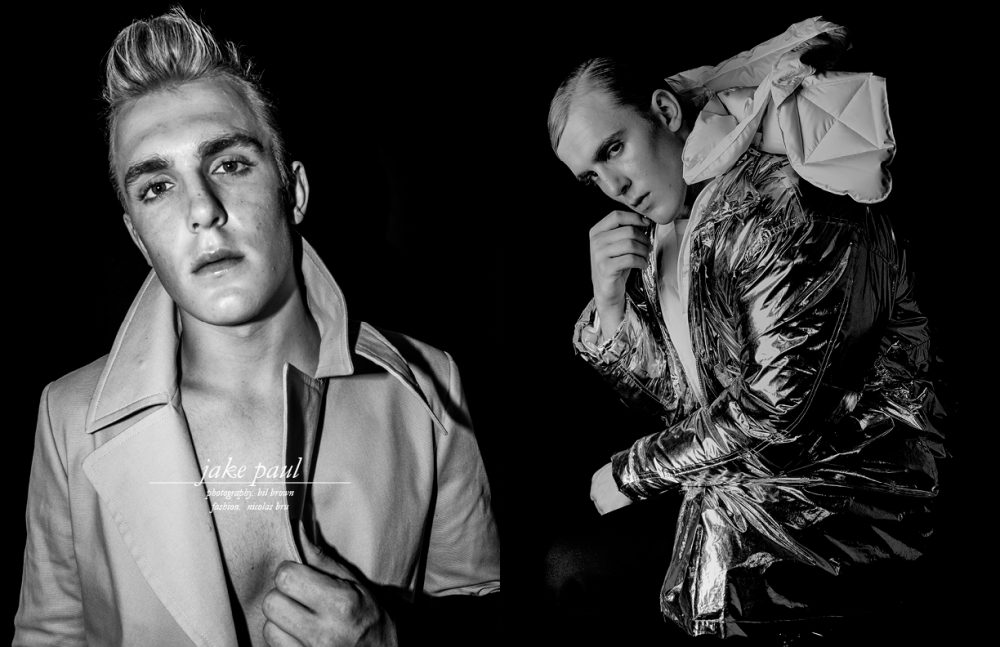 Jake Paul is a ground-breaking social media mogul, brand ambassador and actor with over 12.5 million followers, combined over all platforms, and over 3.5 billion video views, and the single most-viewed Vine campaign to date. If you don’t know him yet, you can bet that you will soon. A millennial influencer, Jake is the first of his kind to be booked for a regular role on a Disney Channel series. We asked him to share a little bit about his inspirations, his movies, his new transition to television, and what lies ahead for this prolific emerging young star.

You’ve recently been cast in Disney’s new show Bizaardvark. Can you tell me what the show is about, and a little about your role?

The two main girls have a channel where they post videos doing comedy songs and funny things and their show is called Bizaardvark. I play Dirk, who does dares from his fans… he has millions of subscribers. Bernie [Ethan Wacker] is trying to become all of our agents – but he’s not good at being an agent,because he’s 14 and has to be home at 6 o’clock. DeVore [Ledridge] plays Amelia, she does beauty and makeup tutorials. It explores this whole space of video creation and social media. It’s very similar to what I do in “real life,” quote-unquote.

Do you plan on keeping your social media separate or combining the two if possible?

I see the social media world and the acting world being separate. I think they complement one another, but I think they are two separate things that I’m doing. I’m a different person in the social than in the acting space and I’m just getting started in acting.

How has that transition been in your day-to-day life?

I do a good job of making it look like I’m having fun all the time, but people don’t see the long hours behind it – they just see the end result. I think that’s the way it is with a lot of things in entertainment. 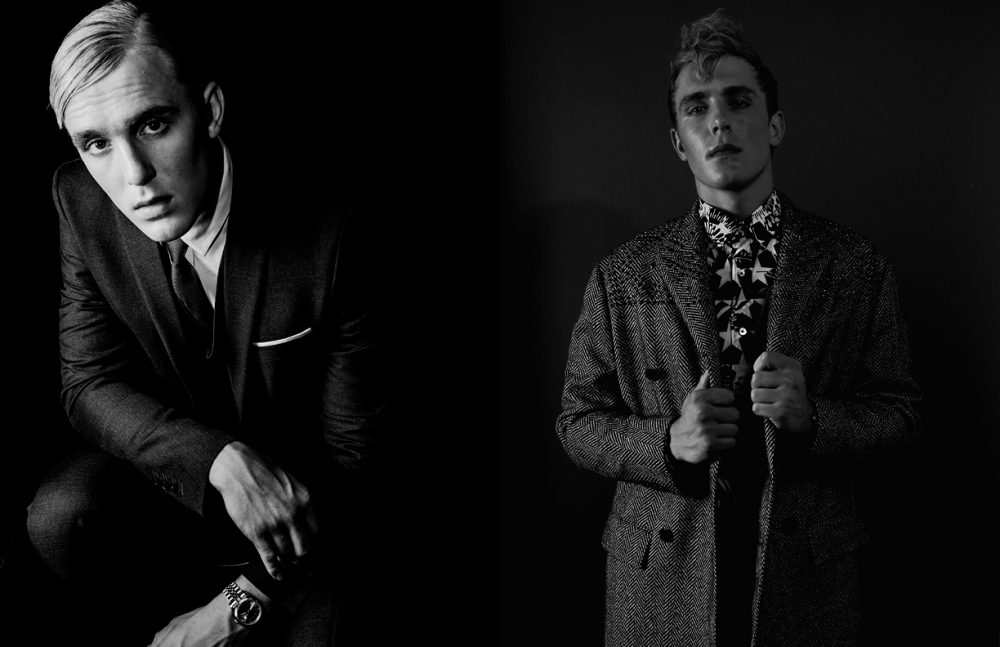 As huge as Disney is – with so many different branches – do you see this as a stepping stone?

What I’ve always wanted – my dream role – is to play a superhero or a supervillain. So, I see myself transitioning into Marvel, which is owned by Disney – or maybe into an ABC show.

If you could be any supervillain, who would you be?

I have thought about that! If I was a supervillain, I would be The Joker. Yeah, that’s like my dream role; my favorite performance by anyone.

Heath Ledger. He could have even turned it up a notch. Some parts were almost too believable. I feel like the Joker in that performance was almost too witty and smart. Too planned out. If that makes sense?

Can you tell me a little bit about the movie Airplane Mode?

Airplane Mode is a movie that my brother and I wrote along with Dave Dinetz and Dylan Trussel. When I moved to Los Angeles about two years ago, my brother and I were like “Let’s make our own movie. Why not?” So we literally sat down one day, came up with concepts and started writing this movie – not knowing what we were doing at all, no financing, nothing was planned – we were just going knock this down, go to the next step, and just keep on going. 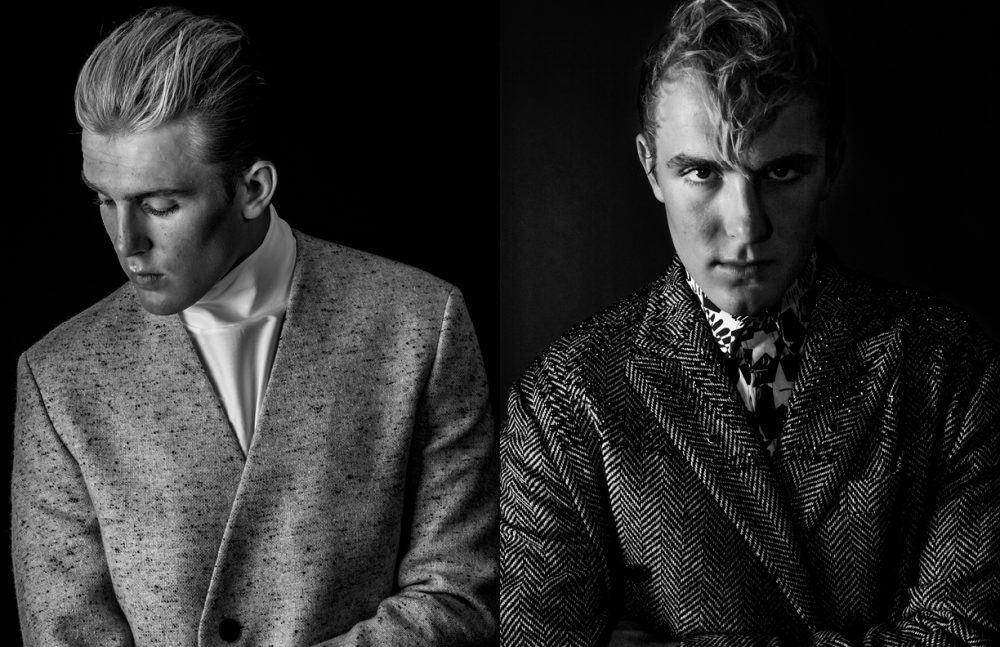 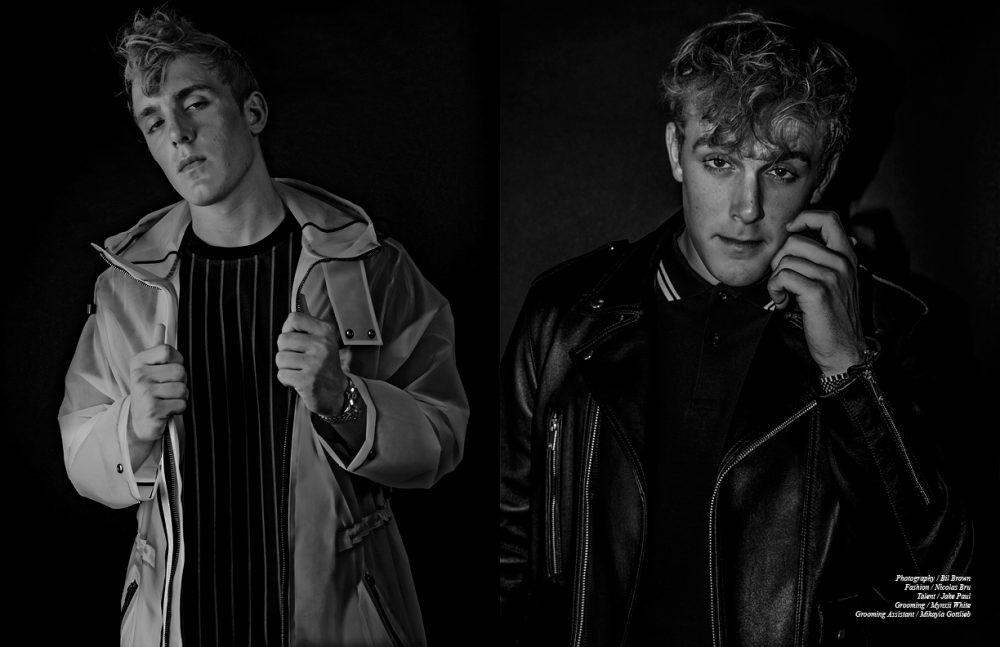 This is the first time that a movie was made with all influencers, right?

Exactly. It’s like The Expendables of influencers. The idea was to create a modern day Airplane! movie for the millennials and Gen Z because a lot of them haven’t seen it or don’t know what it is. It took us 8 months – we got it funded and went into production. They actually just finished shooting two weeks ago; it should be out before 2017.

You’ve expressed that being in the Disney spotlight has given you a sense of added responsibility. Is there a social topic that you would like to create awareness for, or an initiative that’s meaningful to you?

I actually just became a board member of Impact With Influence, which is a foundation that calls to millennials. I don’t think anyone is speaking to Gen Z’s the right way to get them involved with philanthropy. The goal is to help all the time with whatever’s going on – have influencers attending events, going out and helping wherever these things are going on and to be posting about it to spread awareness. As a millennial myself, I haven’t found a way to get involved in philanthropy. It’s hard to do. It doesn’t need to be. Getting involved should go more social.

Is this a new organization? How do you see the next few years going?

It’s brand new. The launch [party] is tonight, actually. I see Impact With Influence becoming a turnkey solution to create massive campaigns, similar to the “Ice Bucket Challenge.” Those are the types of things that we want to be able to do in the future, and have the full network available to do it with.

Do you have any words for your fans – not just the young people but also their parents; maybe people you’ll be reaching for the first time?

People my age and younger are always indulged in social media. I used to be like that. I was always worried about which one of my friends was going to post a better video or grow more followers than me that week. Then one day I read a quote that said “Successful people don’t worry about what other people are doing.” That has helped me so much in life. When I applied it to my life, it got a lot better.