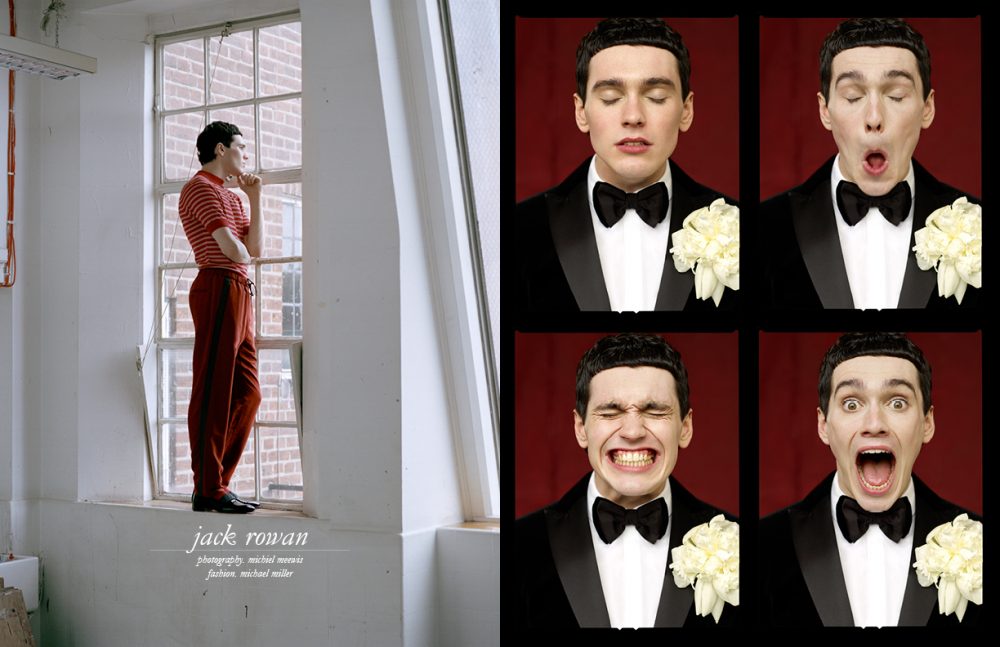 Jack Rowan is a name you should be taking note of. A true born and bred Londoner, this Pimlico native recently won our hearts in Channel 4’s four-part psychodrama Born to Kill. But there’s more to Jack than what it seems. The 20-year-old young actor has over two-dozen boxing national titles under his belt and recently gave up the ring to concentrate on acting. Yet, this heavy hitter will be soon delivering a one-two punch as he’s set to play a boxer in one of his upcoming roles.

The boxer-actor combo is not something we’re used to seeing every day. In his early years, Rowan did both boxing training and drama lessons, although his heart was always set on boxing: “I always enjoyed acting, whether that be at school or on a Saturday drama class I used to go to in Camden,” he says. “But up until the age of 17, I’d never experienced what a ‘real’ acting job was like. Therefore, boxing was always the dream because it was always there.” However, he admits the minute he got his first proper acting job this predilection shifted completely. “I still do boxing but only the training aspect. I’m 110% sure acting is what I want to do for the rest of my life so I gave up the competing side because It’s just not worth showing up to auditions or on set with cuts and bruises. Although, I’d like to think I didn’t get hit much,” he jokes.

Undoubtedly a factor that sped up this realisation was a sixteen-month injury break Rowan suffered during his time competing in amateur boxing. This affected his relationship with the sport and, consequently, acting forever. “It certainly was irritating,” he admits. “I’d watch boxers in my weight category I believed I could beat become national champions and just get frustrated as a result. However, the injury did do something positive. It was throughout those sixteen months that I found the passion for acting because I simply couldn’t do any boxing.” Soon enough he was showing his skills to the world with minor roles in Silent Witness as Kevin Garvey, as Brinni in ITV’s Beowulf or as Sheldon Hawkins in an episode of BBC One’s medical drama Casualty. Last year, he landed his first major part and incidentally his first-ever leading role as sinister schoolboy Sam in Channel 4’s production Born to Kill. Although the exhilaration of landing such an appraised part was certainly unreal, Jack felt “ready and comfortable because I knew I had earned it. I believe you don’t get roles like ‘Sam’ by accident.” 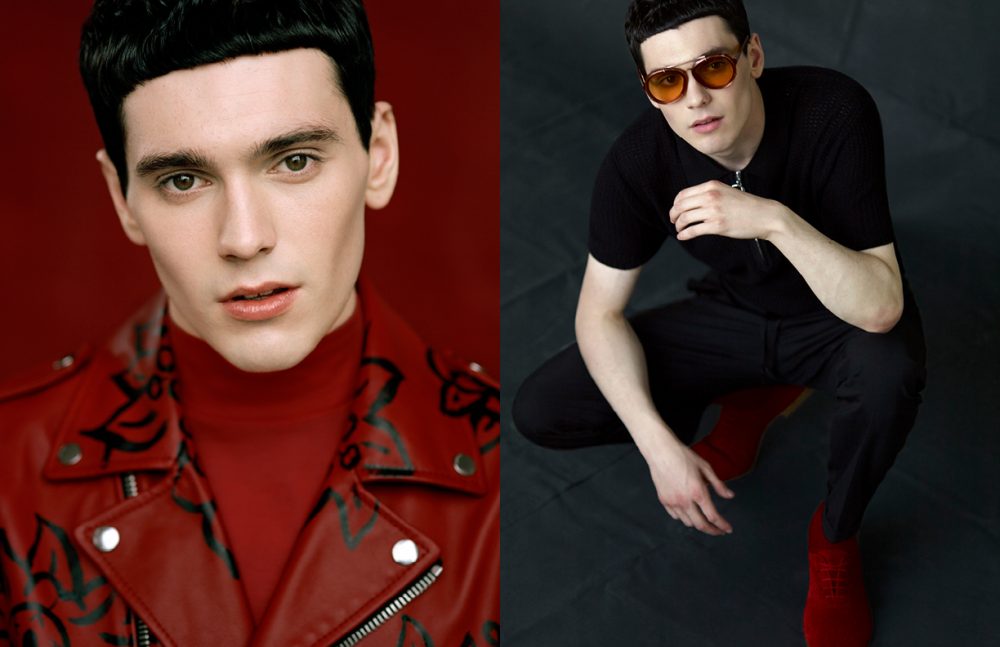 “Sam was such an amazing character to play. He was so layered and complex which made every day different,” he says. “One day I’d be the flirtatious schoolboy, the next I’d be the cold-blooded killer. Then after that, I’d be diving off the high board in front of the whole school! What I cherished the most the fact I could get up every day and do what I love.” And this love was undoubtedly shared by the viewers, who nominated him for the TV Choice Awards under the category of Best Actor for his portrayal of Sam, amidst overwhelming positive reviews.

Jack has made it clear in the past that he particularly enjoys playing complex characters – complex meaning dark and twisted. “One thing I particularly enjoy about acting is the preparation beforehand,” he says. “I love creating characters. With a role like Sam, his journey was already so profound so it was an absolute gem to work from. Everything about him fascinated me and I never judged him. Each day I was playing Sam I knew exactly what mask he was wearing so I felt a whole bundle of emotions; both good and bad. Yet, when it came to the killing scenes I looked at it almost like a task that I had to get to the end of. I felt empty when doing them.”

If you just can’t wait to see Jack reprise an entangled role, it’s your lucky day (or year.) He has just wrapped up filming for his first feature film Trendy, a thriller about gentrification in London. He’d be playing a character called Daniel “who much like Sam is still in secondary school,” alongside accomplished English actor Alan Ford, whom you may remember from Guy Ritchie’s Snatch among many others. “Although he [Daniel] is a rude, immature, cocky troublemaker […] he’s far from a psychopath,” Rowan explains. “He has various run-ins with his new school teacher Mr. Richard Allen, who’s the leading character in the film. Richard’s journey certainly gets interesting and Daniel plays a part in that.” 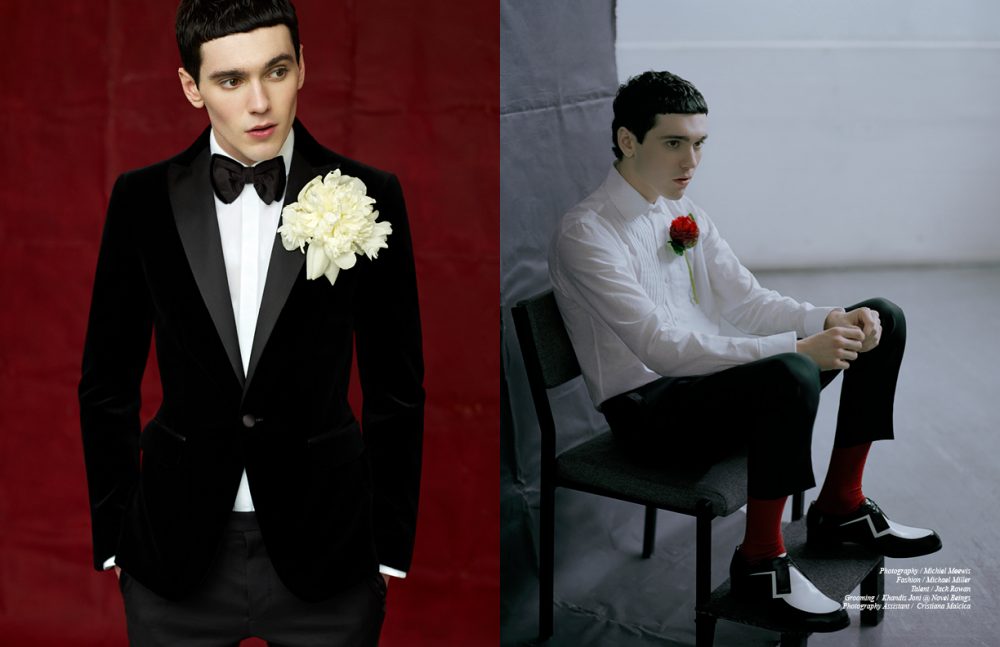 But that’s not everything Rowan has in store for the foreseeable future – you’ll also be seeing him in the upcoming fourth series of the highly acclaimed gangster show Peaky Blinders, which began filming this last March. “It’s incredible to get a part in a show like Peaky Blinders – I feel privileged,” he confesses. The show – a British TV favourite – revolves around a gangster family in Birmingham, from 1919 onwards. Their fierce don – Tommy Shelby – is played by consummate Irish actor Cillian Murphy. Over the years, the series has amassed a huge following and an even more impressive cast, name-checking Tom Hardy and now even Game of Thrones’ Aidan Gillen as the newest (and returning) recruits. “The fact that I have the chance to work with such amazing actors [is really exciting]…and wear cool 1920s clothes,” he says. “It’s a show I’ve always enjoyed watching so it’s exciting to now be a part of that world. In terms of the character, all I can say is the Shelby’s may have found a new protégé.”

But if landing a major international series and a feature film wasn’t impressive enough, Jack still manages to find the time to write and perform poetry. “I went to a drama group in Camden when I was teenager called YPTC,” he says. “They were hugely supportive of everyone there. I literally just had the idea and wrote a poem about my best friend and I got the chance to perform it at one of the in-house shows. The reception I received was so positive that I started to write and perform my own material more and more and then it just became another hobby”. On top of that, he’s recently gone back to his acting roots, having started at 17 at the National Youth Theatre, by playing the part of Wilson in the Joe Orton’s show The Ruffian on the Stair. “I’d love to do some more theatre in the near future,” he says. “The butterflies backstage before a show are just indescribable. There’s something liberating about having that one chance to do it and get it right. Almost like an hour and a half long take with no cuts.”

There’s only one thing left to wonder, apart from Peaky Blinders and Trendy, has Jack Rowan got any more exciting projects lined up for the future? “As a matter of fact, I do! I’ve landed a part in an independent British movie. All I’ll say is, it’s a comedy…” One thing is sure, we’ll be definitely seeing this chameleonic young actor lots in the future.