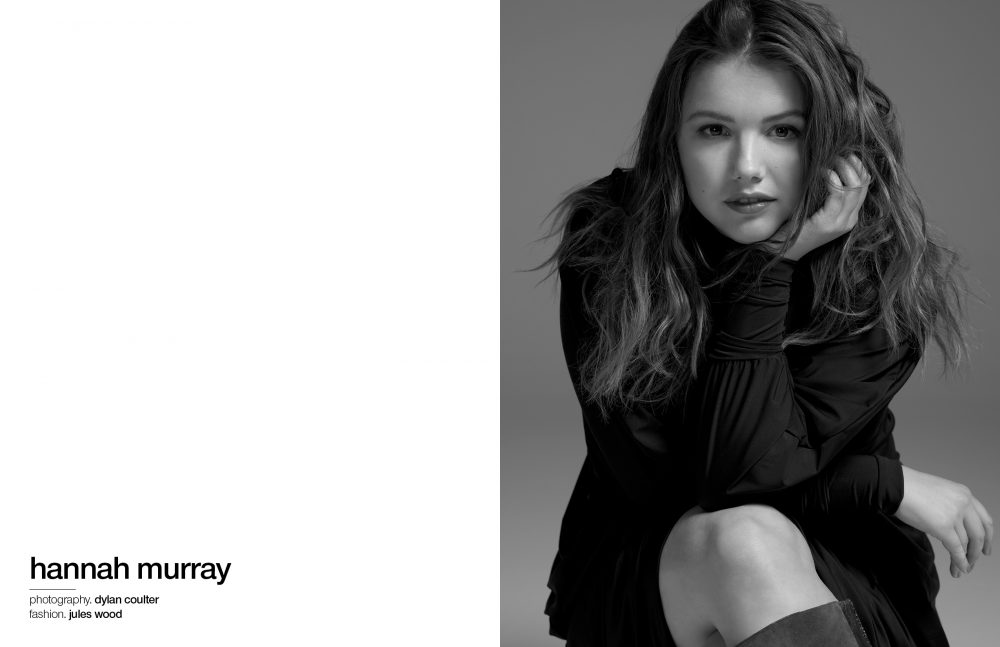 Hailing from Bristol, Hannah Murray is no stranger to showbiz. From her on-screen debut as the endearingly eccentric Cassie Ainsworth on the first generation E4’s teen dramedy Skins to her most recent portrayal of Gilly in the phenomenal Game of Thrones, the world has been witness to Murray’s growth for over a decade now. Whether shedding light on anorexia nervosa, police brutality, as part of a youth theatrical troupe or completely immersed in the Westerosi realm, the 29-year-old’s portrayals are seamless — even if often times superbly subdued.

A Cambridge English graduate, Murray’s brilliance ought not to be amiss. Much like her co-star Kit Harrington, social media is nowhere to be seen for Murray, but her works — which she carefully selects — really do speak for themselves. The fan-favourite Cassie earned her a Bafta Award, and the free-spirit wilding Gilly earned her global recognition.

With the final season of Game of Thrones in full swing, we catch up with Murray to discuss the franchise’s legacy, Gilly’s journey so far, her next role as Leslie van Houten in Charlie Says and why she does not have a dream project.

Game of Thrones has been such a great part of your life since you joined in season two and your character has made it to the final season, which is no small feat. How does it feel now that’s all coming to an end?

It feels very strange and honestly, I don’t think it’s really sunk in yet. It’s been part of my life for so long and I don’t think I was ever able to imagine it not being, so I think part of me is convinced we’re just taking a break from it and we’ll all be back doing it again soon.

What has this GoT journey meant to you, both personally and professionally?

It’s been so amazing to be a part of this cast, who I think are just the most wonderful group of actors and humans. Professionally, I’m so proud to have gotten to work alongside these people and learn and grow as an actor in such incredible company. Personally, I will always value the friendships I’ve made on this show and feel so happy to be part of our big, weird family.

Gilly has had perhaps the most extreme character arc throughout the series since we first meet her as part of the Free Folk to going to the Citadel with Sam and becoming educated and now preparing for the battle of Winterfell. What has been the best part of getting to play her all these years?

The best part of getting to play Gilly has been the fact that she is constantly surprised and thrilled by the world around her — there is so much wonder for her because everything is new. That’s been really enjoyable to play and has also taught me so much about gratitude and joy. It’s taught me not to take anything, even the smallest things, for granted. 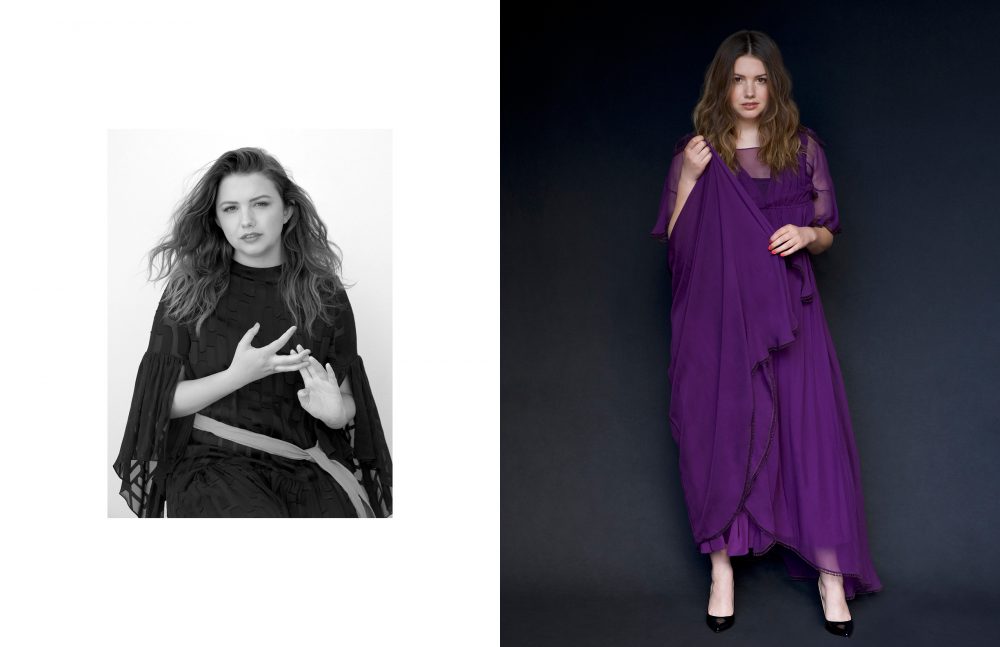 What are you most excited for Gilly this season? You’ve teased scenes with an unexpected character fairly recently…

Yes. Well with Gilly and Sam back at Winterfell, they’re really back in the heart of things, and so they have much more potential to come into contact with other characters… I can’t say much more than that though!

Of course, we know you can’t really share any details. But straying away from what you know, what would be your ideal finale for Gilly?

I had a joke with Dan Weiss, one of our showrunners, that the show should end with Gilly on the Iron Throne and everyone else is dead. And no explanation!

That certainly would be a finale! GoT is one of the biggest productions in history. Do you feel it has set a standard as to what other projects you might want to embark on in the future — for better or worse?

I don’t feel like Game of Thrones specifically has set a standard as to what I want to work on, I think I have always had high standards of wanting to work on projects that I care about, that I find exciting and interesting and that challenge me and that I think are well written. But I don’t care if that’s on a big TV show or a tiny play or anything else in between.

We’ve gotten to follow you as an actor for more than a decade, since Skins, which was another cult phenomenon. Do you feel your approach to acting has changed since? How do you feel you’ve grown as an actor in all these years?

My approach to acting changes with every job I do, as I always want to have a unique process for each role that’s specific and appropriate to the character and the project. I feel like over the years I’ve become a lot more relaxed and a lot less neurotic about acting and I have a lot more fun doing it as a result. It feels more playful now than it did when I first started — when I was 17 I thought it was life or death!

Your work spans film, television, and theatre. Do you find you’ve developed any preference in terms of medium over the years?

I don’t think I have a preference for one medium over another. I’d say instead that the variety of working across multiple mediums is something that really excites me and something that I want to continue to explore. I could never pick a favourite medium because they’re all so rewarding in their own different ways.

You’re from Bristol but now live in Los Angeles. How do you find the UK vs US film scene compares? Was there a specific reason for your move?

I just fancied a change, I wanted to mix things up, get out of my comfort zone. The move was less professional and more personal I think. 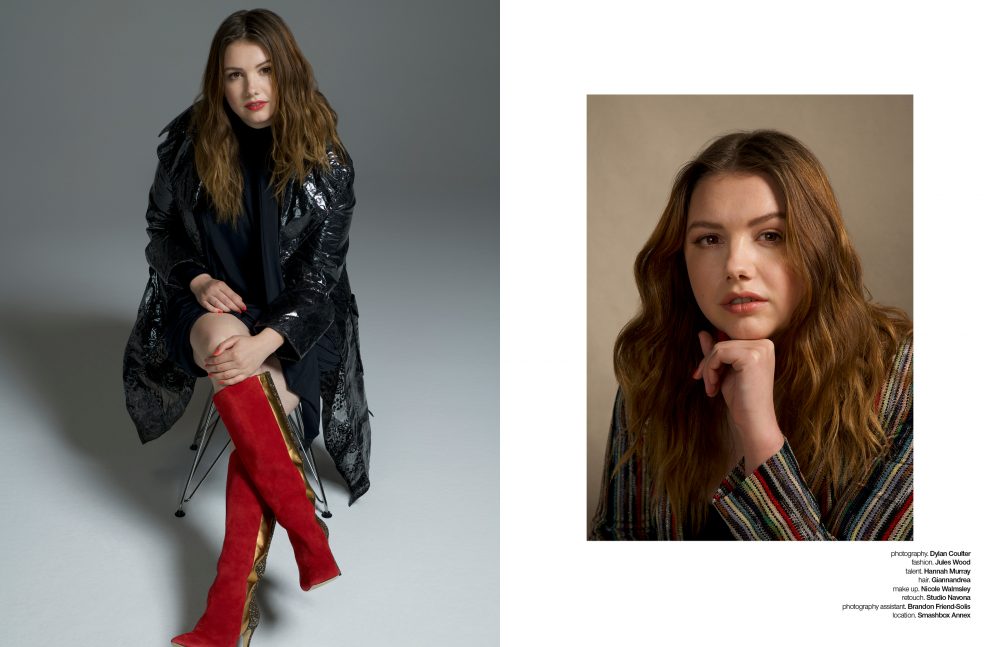 Fair enough. Going back to your professional life though, we’ll see you this year also as Leslie van Houten in Charlie Says. What was it about this project that made you join?

I wanted to work with Mary Harron very, very much. I love her work and felt we had a great connection as soon as we met. I loved that this was such a female-driven project in so many different ways and I thought Guinevere Turner’s script was brilliant and fascinating.

The role is based on true-life events and people, which is perhaps the biggest departure from Gilly there could be  — apart from the obvious fact that van Houten is a convicted murderer. How did you prepare for the role?

I just did as much research as I could. I didn’t have any contact with Leslie at all but I tried to focus on reading things that were written by people who had known her first hand. There’s a great essay by John Waters about her, for example. My main source was The Long Prison Journey of Leslie Van Houten, which was written by Karlene Faith, who is also a character in our film played by Merritt Weaver.

Leslie van Houten’s story is really complex. Did you find any challenges portraying a real person that is still alive this day?

There’s always a different sense of responsibility when you’re playing a real person, which to some extent you have to be able to ignore. I just try to be as empathetic as possible to any character that I’m playing and to work in a simple and honest way.

What are you most excited for people to see in this film?

I’m keen for people to get to know our three main characters — Leslie, Patricia and Susan — as individuals. They are incredibly complex characters.

Do you have any other future projects in the pipeline? Or any dream projects you’d like to be part of?

I’ve come to realise that dream projects is sort of a strange idea, because the projects that have been the most wonderful and exciting to me in my career so far have also been complete surprises and nothing I would have ever dreamt up for myself. So, I’m wary of saying anything is my dream role because I’m sure my imagination can’t surprise me in the same weird and wonderful ways that life tends to.

‘Game of Thrones’ airs Sunday nights on HBO worldwide and Sky Atlantic in the UK. ‘Charlie Says’ premieres in theatres May 10. Watch the trailer here.