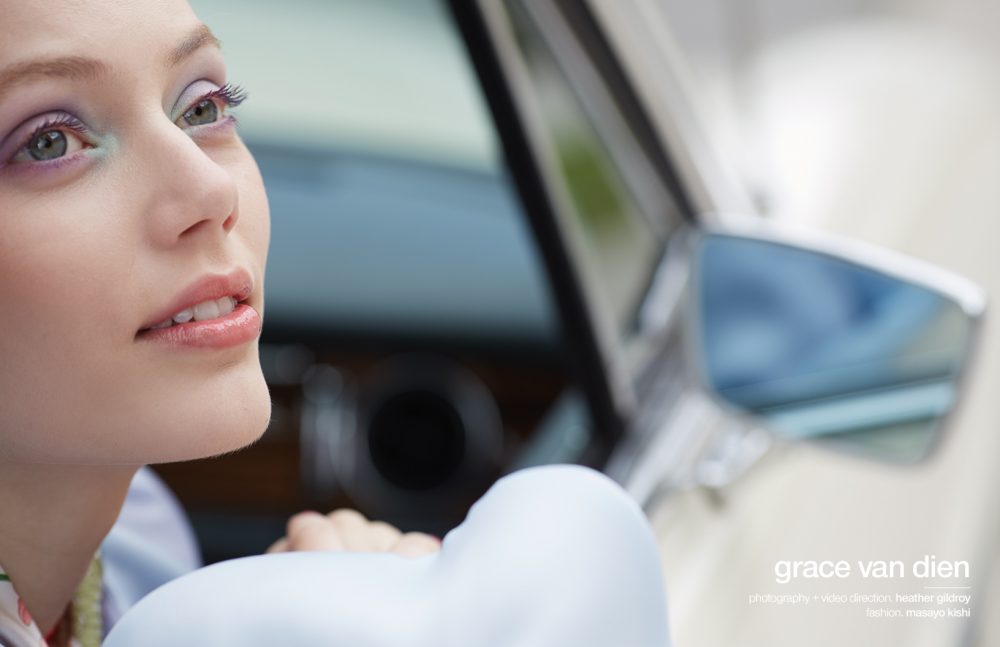 Being a teenager isn’t easy, especially when you’re living in the touching and occasionally heart-rending world of NBC’sThe Village. The series, which premiered back in March, follows the goings-on of a quintessential New Yorker apartment building in the heart of Brooklyn — where stories overlap and weave together, painting an apt portrait of life today’s chaotic world.

As fitted, The Village doesn’t shy away from contemporary social and political issues. In the first episode, one character is arrested by ICE for being an undocumented immigrant. Another character has recently returned from the war, now missing his right leg. The teenage Katie, played by the gracious Grace Van Dien, also has demons to face and difficulties to overcome – chief among these, a pregnancy.

Van Dien isn’t new to the screen – fans may recognise her from the first season of Netflix’s Greenhouse Academy or her brief feature on Showtime’s White Famous. But The Village is a transformation, putting her in a position of both vulnerability and incredible strength. With the first season of The Village in full swing, we speak to Van Dien about discovering New York, crocheting, writing and what’s next for her and the series. 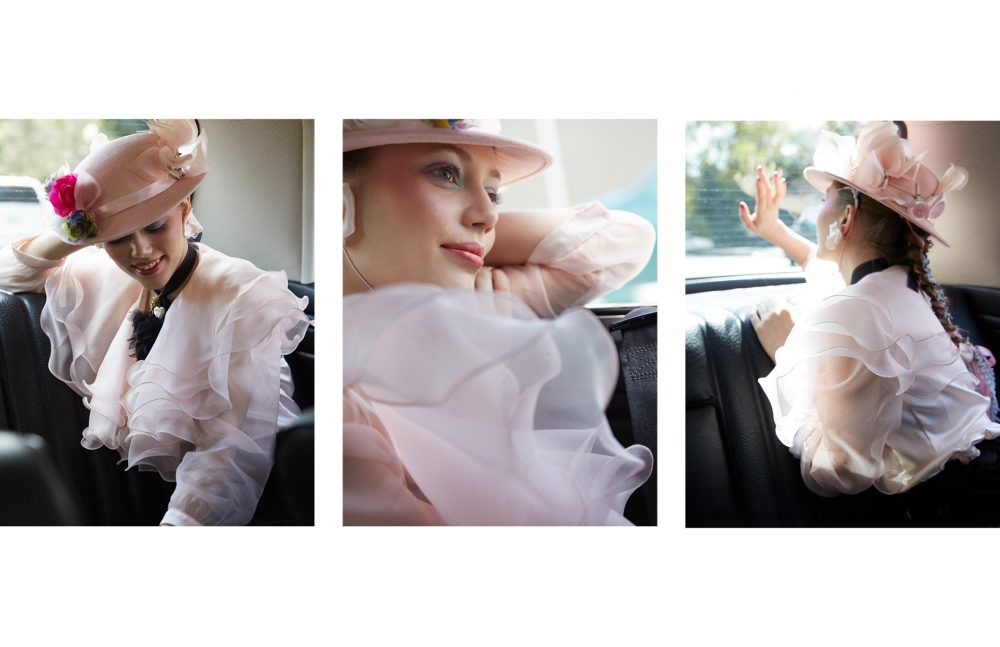 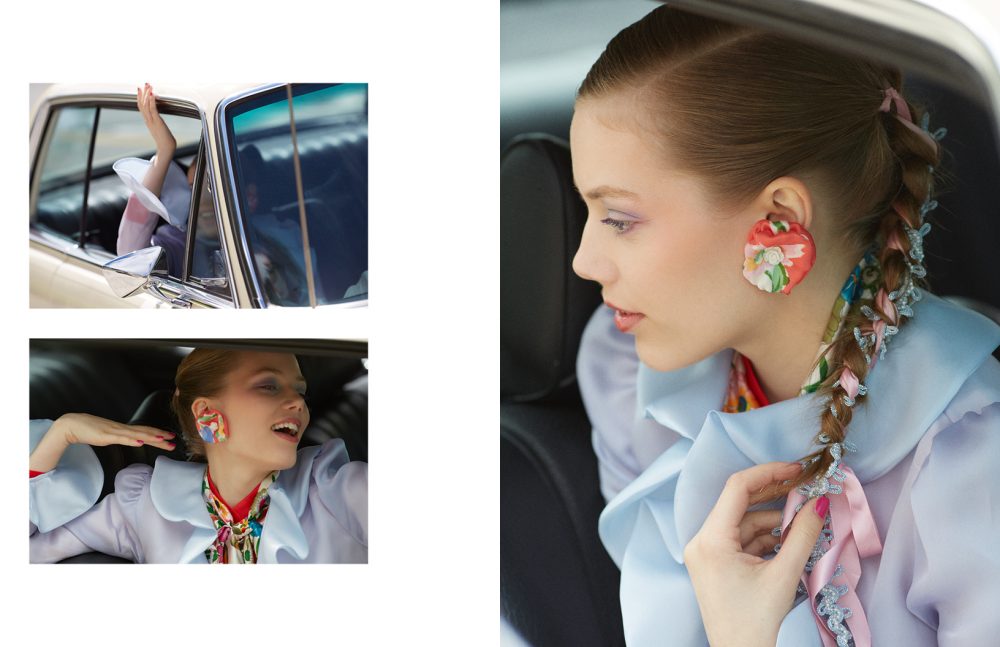 You come from a very talented family — your parents being both renown actors. Did they inspire you to act?

I didn’t initially want to follow in my dad’s footsteps. I was interested in writing as a career. So either way, I was prepared to be a struggling artist — but when my dad cast me in his directorial debut, I fell in love with acting and have been pursuing it ever since.

Feels serendipitous! The Village takes place and was filmed in New York. Do you have any favourite parts of your New York locale?

We actually filmed in Brooklyn, so I got the more artistic part of New York. I’ve always wanted to live there but was waiting for a reason to make the move. The Village was more of a reason than anything I could ever imagine. My favourite part of New York is the subway. I would put in my headphones and “people-watch” to a soundtrack I made.

You were raised in Los Angeles. Now that you’ve spent a bit of time in New York, how would you compare your experience in both cities?

I grew up in L.A. but always knew my heart was in N.Y. I love both and could live in either, but I feel more at home in New York. At least for now… 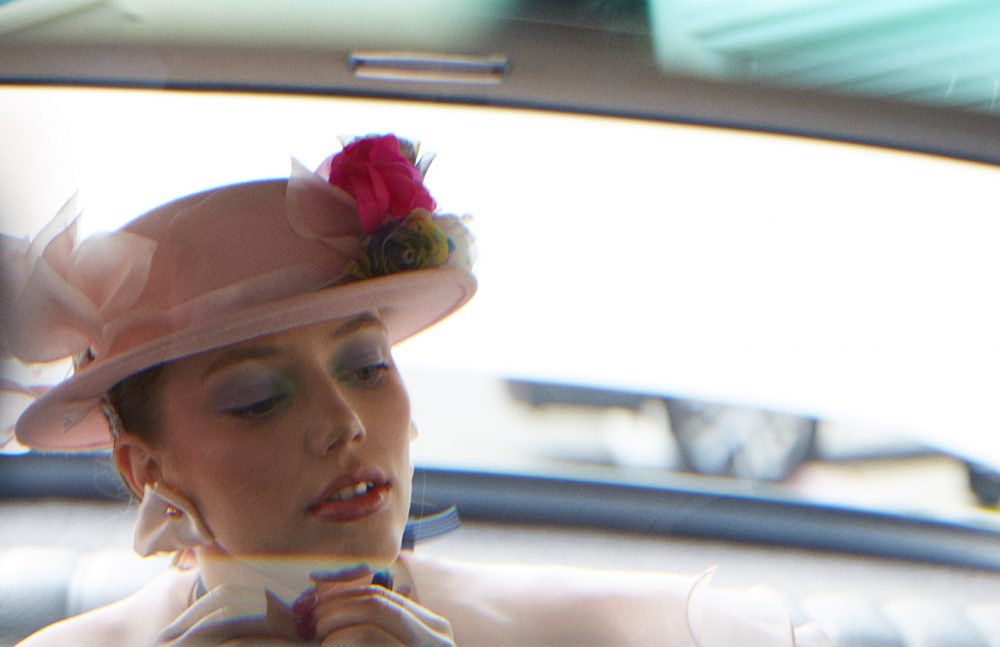 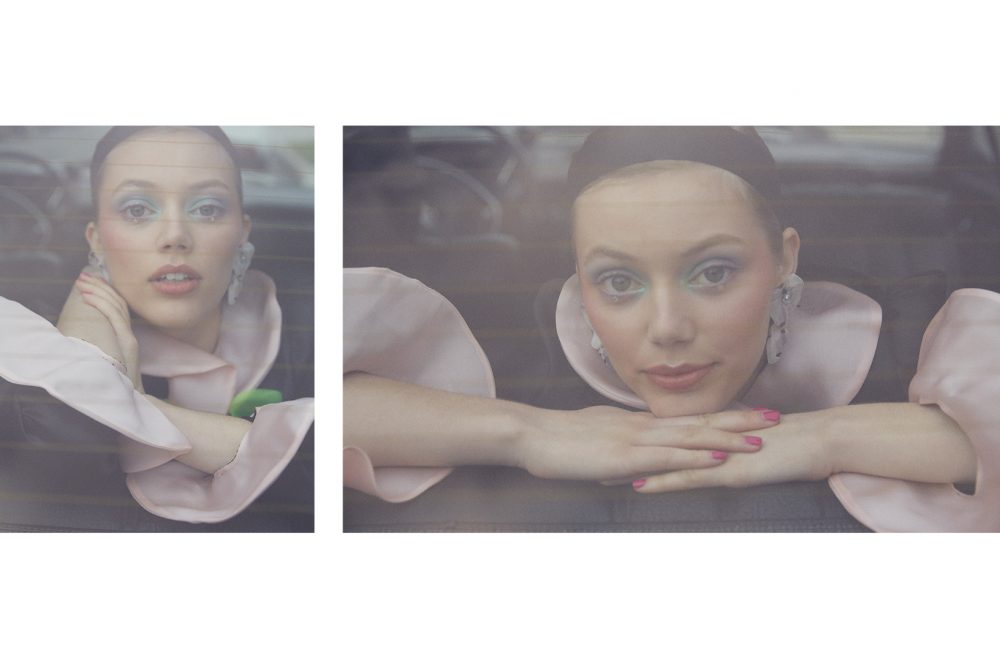 Interesting… This show explored some new territory for you, including you learning how to crochet! Did you have any help along the way? Any crochet projects you’re particularly proud of?

It was funny. I learned how to knit at a very young age and have made scarves for so many people. So when Katie was into yarn, I was unfazed at first. It wasn’t until I was handed a crochet hook that I realised I would have to learn something completely different than what I knew! They offered lessons, but I was pretty certain I could learn quicker through YouTube videos. It took time to find one that didn’t speed through the process and confuse me, but I got the hang of it and knocked out little crochet beanies for all my cast mates.

Much of your screen-time is shared with your on-screen mother, played by Michaela McManus, with whom you have wonderful chemistry. How did you go about developing the relationship between the two of you and making it feel natural?

Michaela and I became close pretty quickly. We both love dancing so most Fridays after we wrapped, we’d find a place with a dance floor or make our own. She’s one of my closest friends now, I feel really lucky. 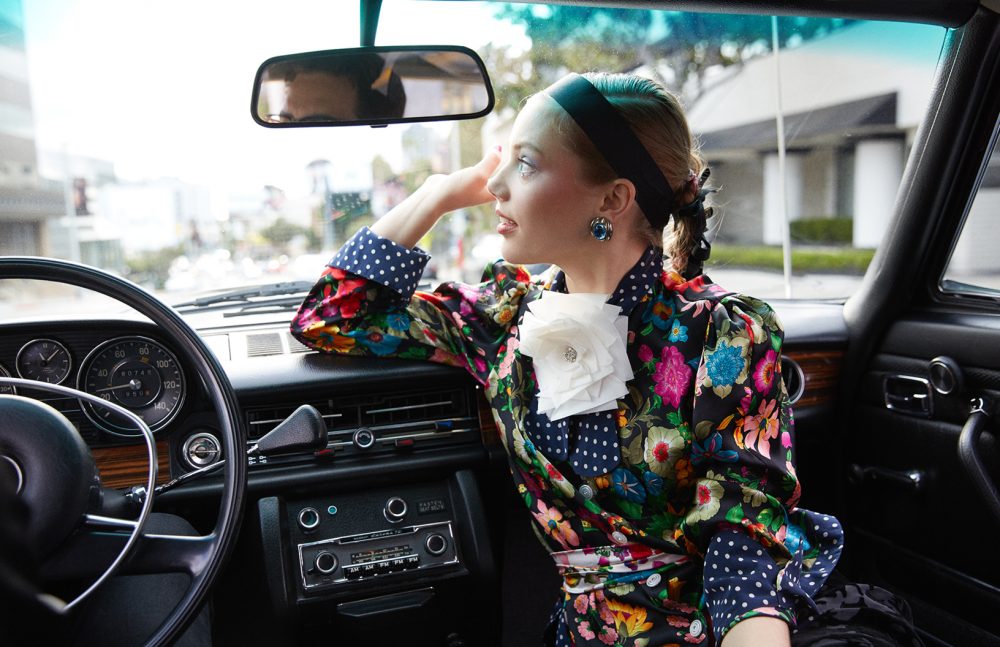 What can we hope for in the upcoming episodes (and hopefully seasons) ofThe Village? Where would you like Katie to go, what would you like her to do?

Right now, Katie’s world has shifted quite a bit. She’s just opened up to her mom about being pregnant and is obviously scared. I don’t want to give anything away because her story is better told through her eyes than my mouth. But the writers of The Village don’t disappoint!

Apart from The Village, you also play Sharon Tate in the upcoming Charlie Says. What did you do to prepare for that role?

Wow, I haven’t been asked about Sharon yet! Charlie Says was the hardest thing I’ve ever done. My actual role is very, very small in it. Regardless, I wanted to be authentic and careful when portraying a real person, especially in these circumstances. I completely fell in love with Sharon and my heart broke for her many times. Mary Harron, Guinevere, the crew, the cast were all so sweet and respectful in the short time I worked with them.

Roles like this one in Charlie Says can take you to some pretty dark places. When you’re filming something like that, do you carry those emotions with you over the course of filming? Or do you have to “snap out of it” once you get off set?

Every project is different for me. Sometimes I need to carry the person or character in my head at all times. Other times, it’s easier to get into character and I don’t have to live with them constantly. Usually, the darker something is, the more time I would like to get into that mind space. 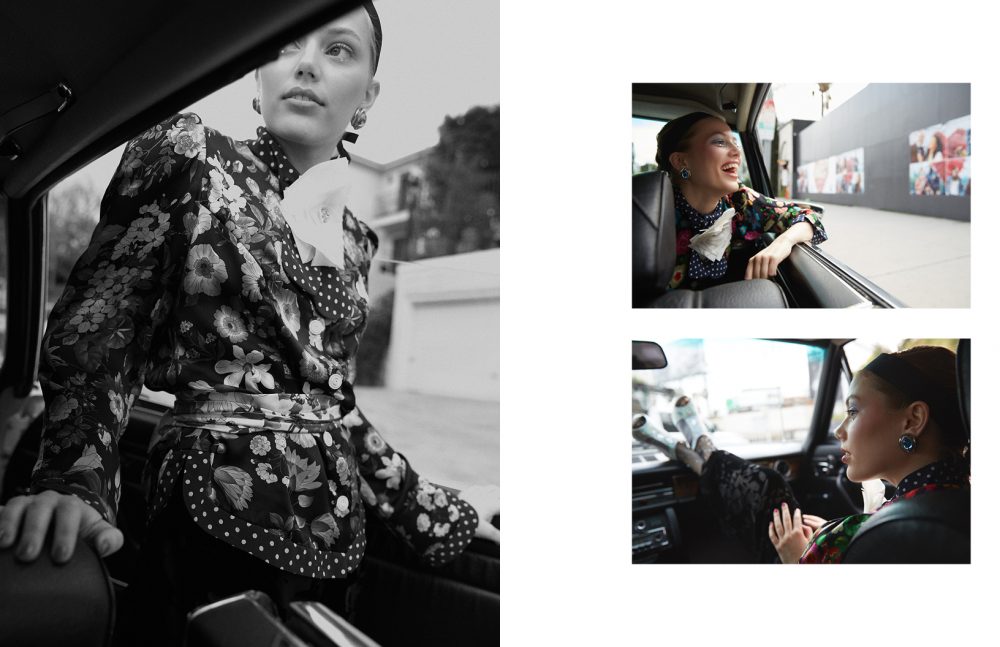 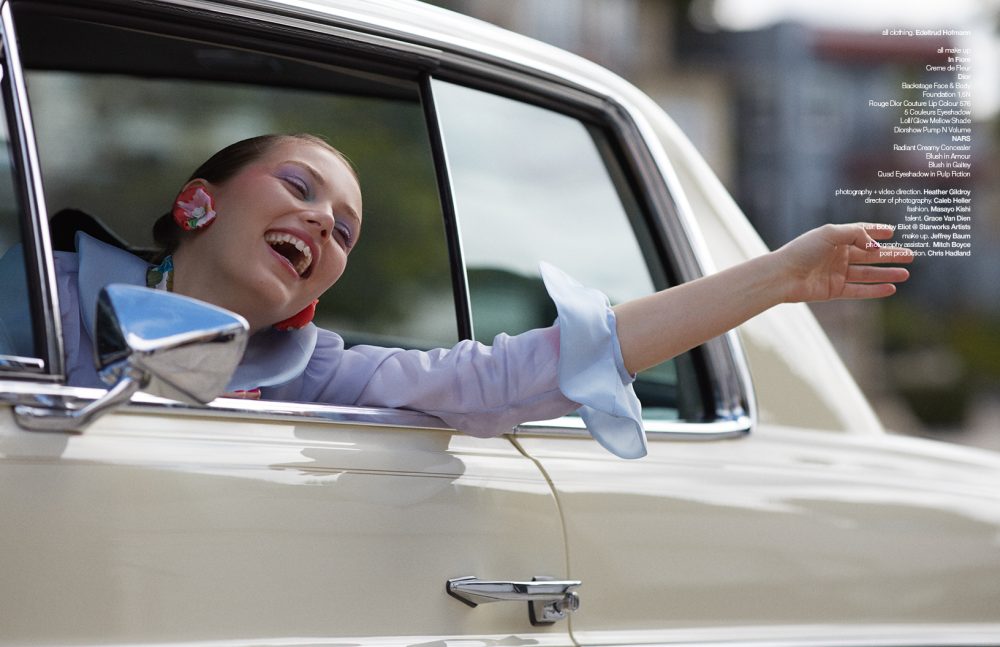 Apart from acting, you’ve previously shown interest in writing. What are some of your dream writing projects — be it books, TV, movies?

When I was nine, I began my first novel — so writing books was an early interest for me and what I thought I was going to do with my life. Now, I don’t find it as easy to tell a fictional story that’s worthwhile. But I have a screenplay I’m working on that’s roughly based on a true story. Whether it ever gets told, I’m not so sure. But it’s therapeutic so I’ll keep at it.

Are you still a fan of dystopian novels? What’s most recent on your reading list?

Recently, I haven’t been reading so many dystopian novels, but I’d love a good recommendation! Up next on my reading list are the volumes of Sylvia Plath’s letters.

We’ve heard you’re also a fairly prolific painter. Is there anything you’ve been working on lately?

I’m a horrible painter. I do it often enough when I’m stressed, but I’m very unskilled at it! I’ve always loved painting space.

Anything in the works for the future that you can tell us about?

Nothing is planned as of yet for the next step in my career, but I’m looking for something that matters.

‘The Village‘ airs Tuesdays nights on NBC in the US. Watch the trailer for the series here.