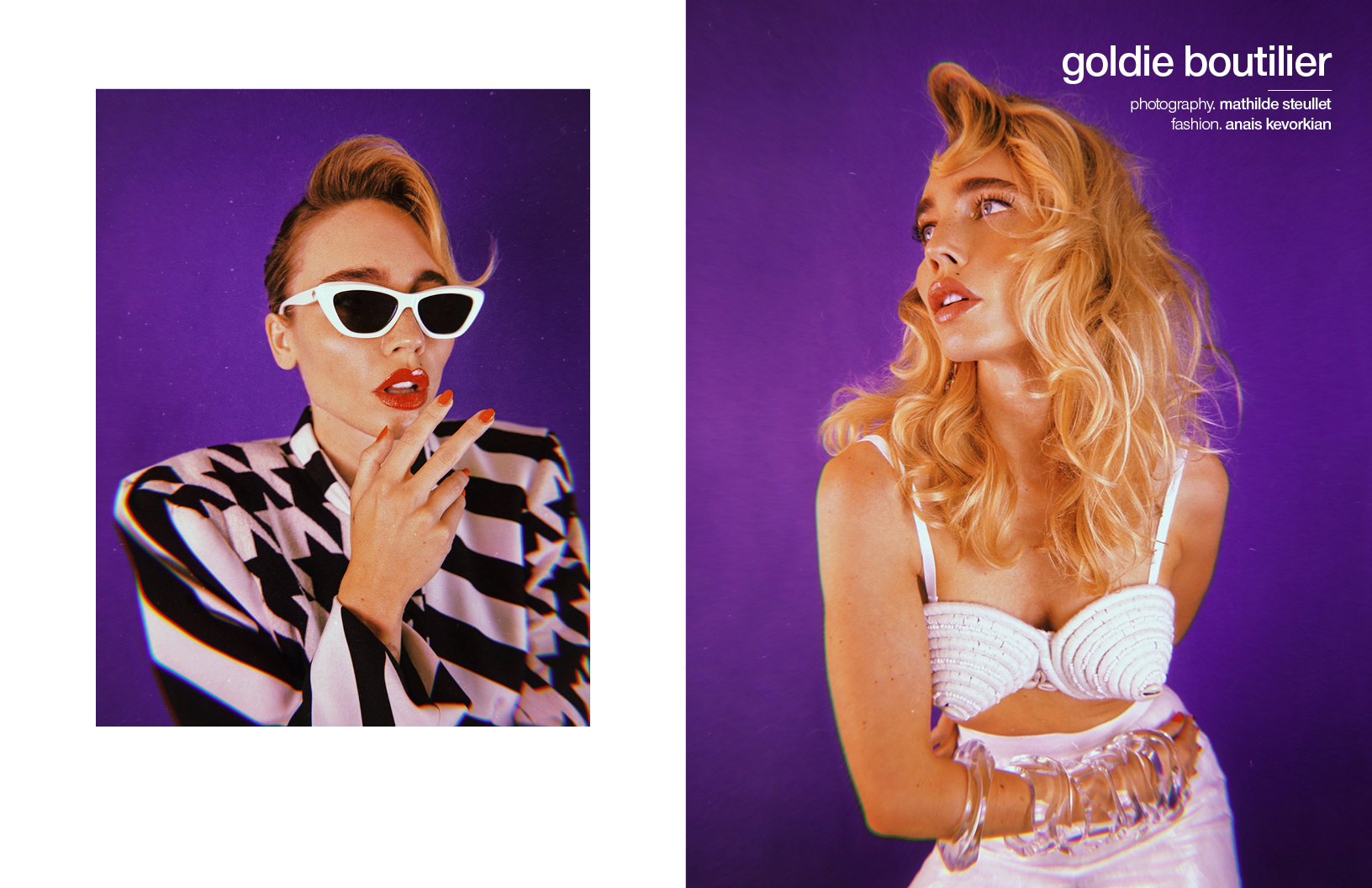 The well-publicised trials and tribulations of artists like Ke$ha and Taylor Swift have shown the music industry can be a minefield of dodgy contracts and record deals. But if even big-name artists with the best legal teams at their disposal are susceptible to this, what does that mean for new artists potentially signing their souls away? Well, you could ask Goldie Boutilier all about it.

She’s basically an entertainment lawyer at this point, after nearly a decade of extricating herself from shoddy deals. You may know her under previous monikers, including My Name is Kay, Kay, and more recently, Goldilox. Although there has been a distinct growth throughout her illustrious career, these name changes have also largely been due to legal issues. Now, she’s reclaiming her identity and independence as Goldie Boutilier, which also happens to be her legal name.

Born Kristin Boutilier, the Canadian-bred songstress chased a lucrative record deal to Los Angeles. Following being dropped by the label and a series of tragic events, Boutilier took a leap of faith and relocated to Paris, where she now resides, and, in her own words, is thriving. Although the pandemic was certainly a setback, she’s got a new album in the works, and this one might be her biggest sonic shift yet. If you thought her previous album, Very Best, was, well, her very best, this new one could take the cake. More ‘70s rock than disco queen, Boutillier displays true versatility as an artist. As she wraps up work on the new album, Schön! caught up with the singer to find out the inspiration behind it, the lessons she’s learned along the way, and the advice she’d give her younger self.

There’s a definite change in sound on the new album since the last EP. What inspired this shift in tone?

It was my intention to do more of a timeless album. I did a lot of digging through my parents’ records. This is the first time I’ve worked with a producer that plays real instruments. I highly recommend doing this if you can’t find “your sound”.

I came up in the music industry writing to producers beats. It’s been a new experience for me to work with a band. I met my producer Max Baby through my old producer G. It’s been cool to keep it all in the family. Max played guitar on a few tracks for Very Best and he was in my video “I Love You”. We are both similar energies. We don’t do anything halfway. So after my first session with Max, we jammed until 6 am. Listening back I knew we had something. I have uncovered another layer to voice and storytelling you won’t hear in past albums. 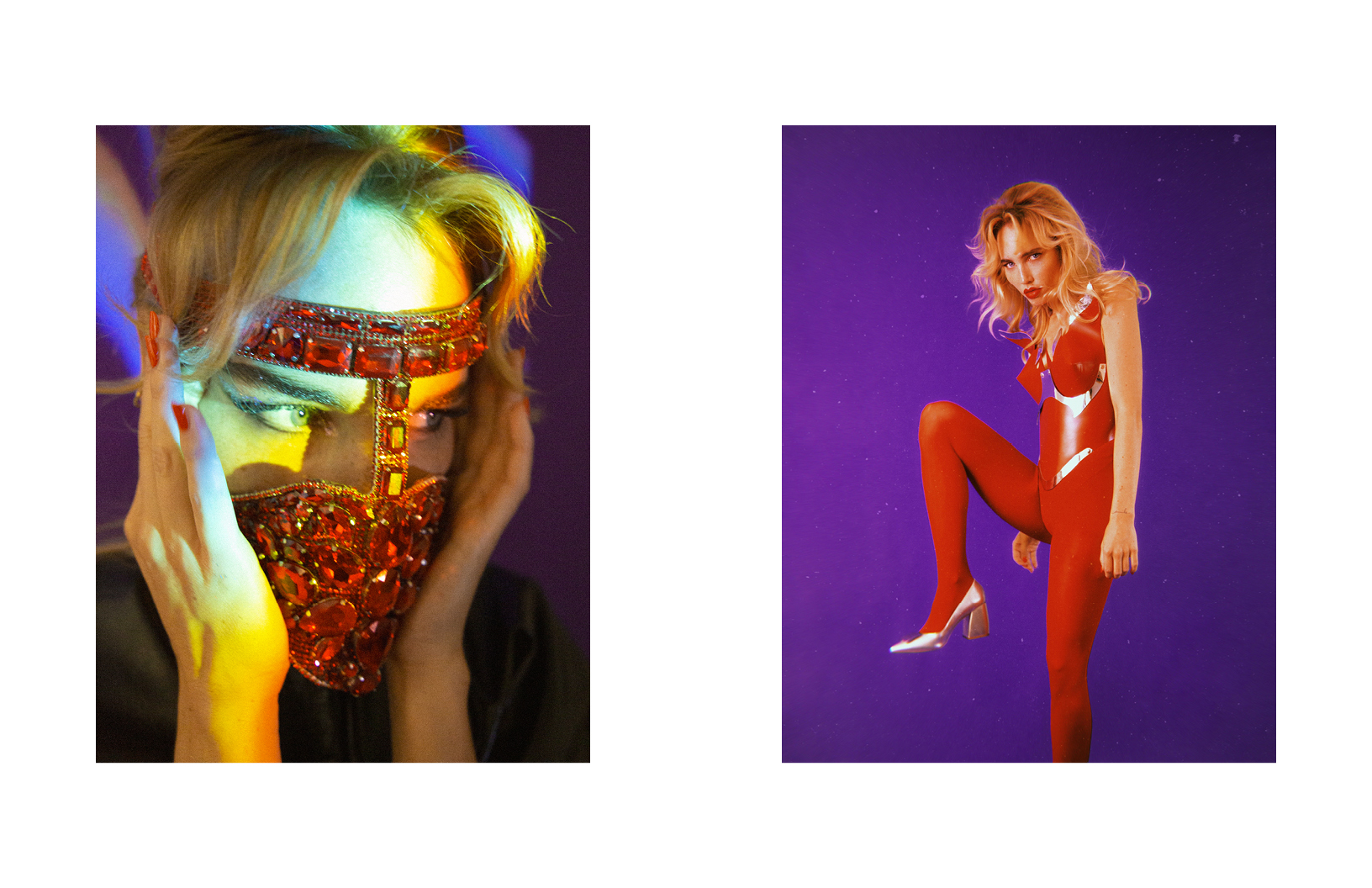 You’ve performed under several other monikers prior to settling on Goldilox. Can you talk us through your growth as an artist?

Welcome to the circus because my artist name is now my actual name. Goldie Boutilier. I wanted to drop the Lox. It felt juvenile. In the past, my artist name has changed a few times because of legal issues.

On that note, you’ve spent years trying to get yourself out of various dodgy contracts. Was that taxing to your art? What’s the biggest lesson you learned from that?

I could have been an entertainment lawyer, I know my contracts. Now! I have signed eight record deals in the past ten years. The amount of contracts I have been out of is almost unheard of. I call myself the cockroach bc you cannot kill me, I am untouchable. And, yeah, all the drama was taxing on my art and my life. I have gotten so used to fighting I thrive on it. Still to this day, it’s something I am working on.

Sometimes I catch myself on the defence towards innocent people and then turn around to behave like a total angel towards idiots. I won’t claim that I am healed but I currently have nothing but good people around me. I always say you are what you spend your time doing. So I try to keep my time filled with music and positive conversations.

Did you ever feel like giving up on music?

Nah, I can’t stand whiners. Everybody’s got a story that would break your heart. I have moments of doubt but being creative is my purpose so we keep on keeping on. 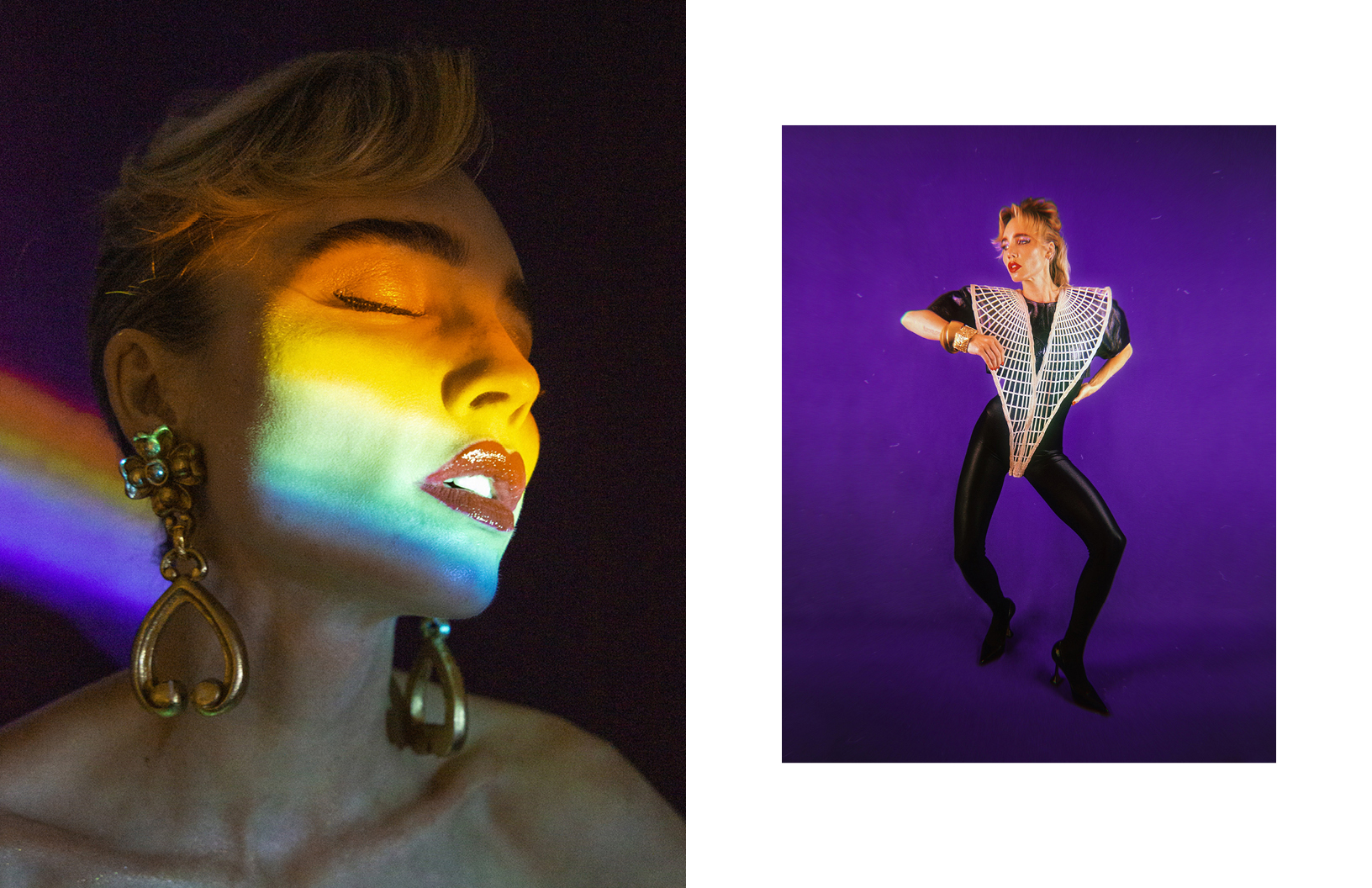 What advice would you give your younger self?

Take more time to find yourself. Don’t be in such a hurry. When you look around at your team, do you honestly trust their intentions? Don’t take compliments as proof someone should manage or produce you. Look deeper than lip service. Work on confidence and self-love bc if you love yourself you won’t take shit from others. Oh and stop plucking your eyebrows, you’ll never win that war.

You also perform as a DJ throughout Paris. Does your sound differ when you’re djing, and what sort of vibe do you hope to create for the crowd?

I used to specialize in hip-hop. That was my first love because I really enjoyed the constant interaction with the crowd. Being a female hip-hop DJ you need to know your shit. I loved watching the reaction of DJ’s playing after me like, “oh shittt, bet you thought I would suck?” Now I’ve retired from hip-hop because I don’t like being in clubs until 5 am. I have struggled with sobriety for a long time so now I’m more into fashion events. I pride myself on having fantastic taste in music. haha… Rare hidden gems and everything in between rock, jazz, Italian disco, etc. Happy music. 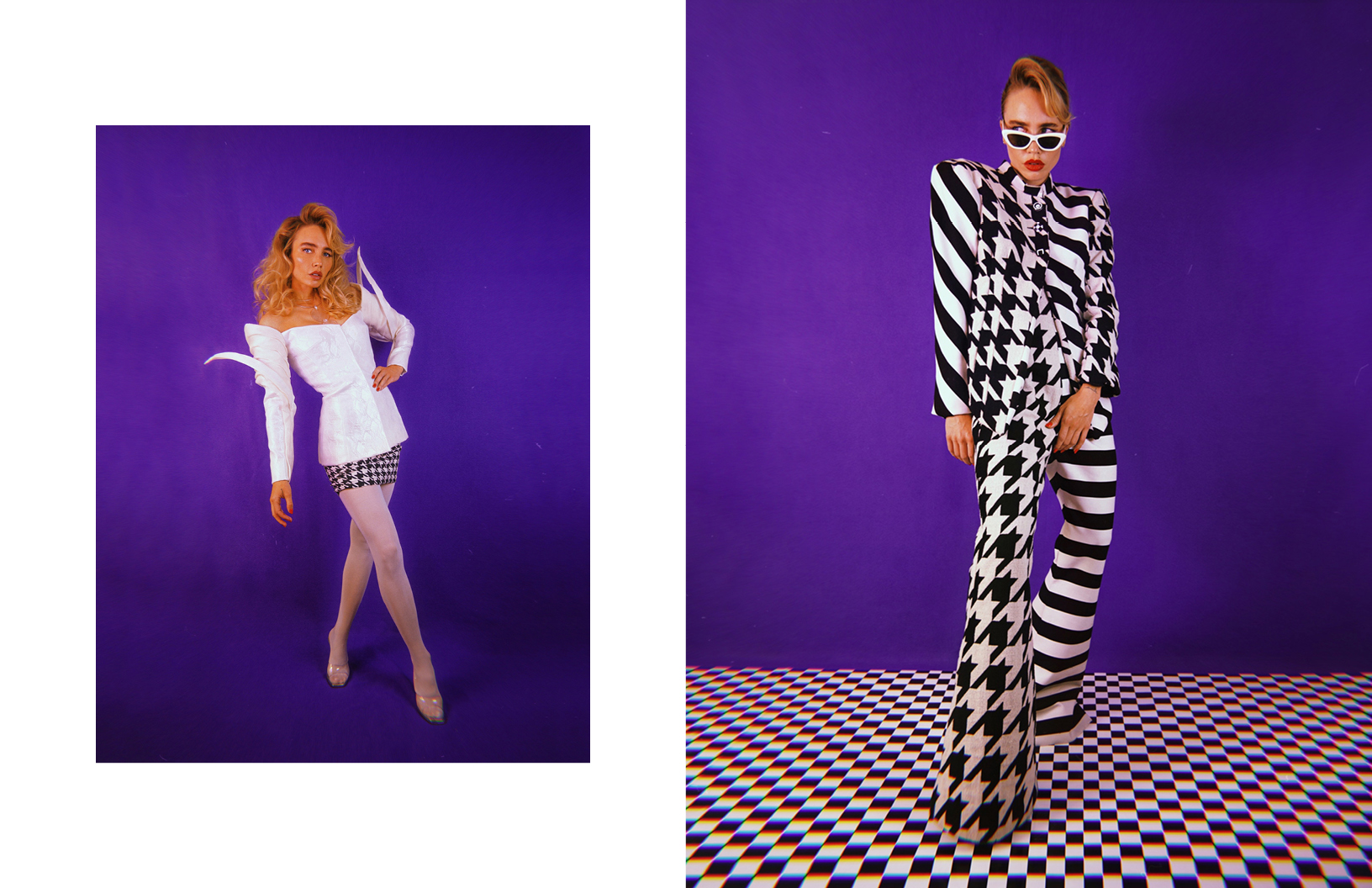 There seems to be a ‘70s rock influence in the new album, but are there any particular artists or events that helped shape it?

Music and movies from the ’70s and ’80s give me endless inspiration. I’ve got a nice little playlist of songs that have influenced this album. They range from Dusty Springfield, Funkadelic and Marianne Faithful.

You’ve lived in Canada, Los Angeles, and now Paris, and have had some ups and downs in your career along the way. Can you tell us a bit about where you’re at now, artistically and on a personal level?

I am Canadian, I grew up on Cape Breton Island. East coast of Canada. Super humble beginnings. I always dreamed of a different life. I was obsessed with the glamour of Hollywood. Once I got my first big record deal and moved to Hollywood I was over the moon happy. After a few years, I was dropped from the label and I ran out of money. My best friend was murdered. I was super down and out. Paris saved my life. I went to Paris to shoot a music video and basically never left. Nowhere is perfect bc life is constantly full of high and lows but I feel like Paris accepted me for the eccentric artist I am. I am in a much healthier place mentally and I’ve grown a lot here. 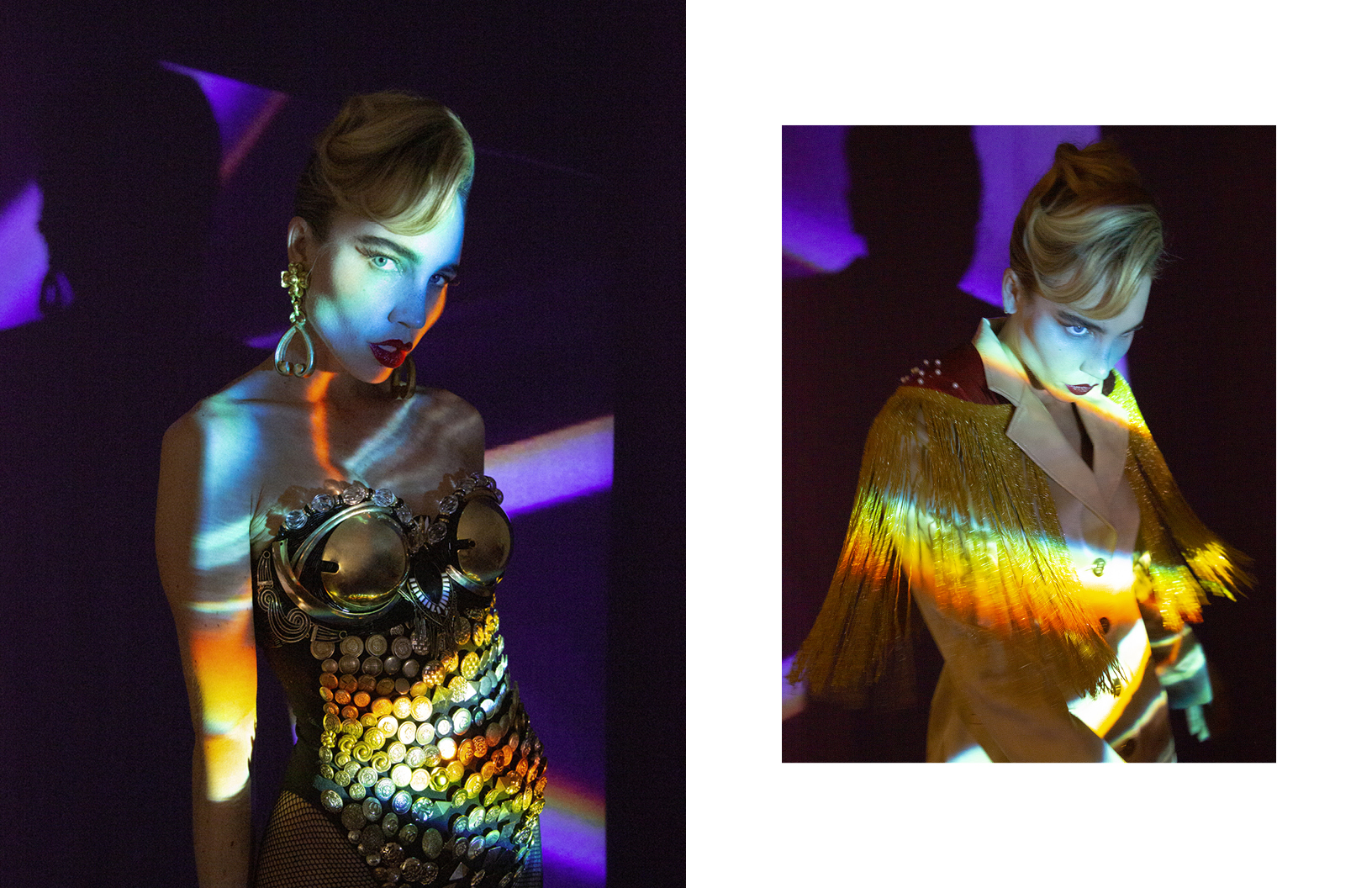 What role have these different cities played in shaping you?

Canada; My home, my safety net. A place I can always go back to. This has given me freedom to be fearless.

Los Angeles; School of life. Before LA I said I was a singer but I wasn’t a real singer. I had never even been in a real studio. I learned so much in LA. As a singer I am grateful. It is the land of opportunity and if you know your worth and your direction you’ll thrive.

Paris; My angel. Creative, romantic and a little rough at times. What Paris has above most cities is that there is always beauty even in the dirty glass of wine you were served. Magic.

Did you create the majority of the new album prior to or during the pandemic?

This November will be a year since I started. I call this my “Italian time schedule“ haha. The pandemic put me three months behind but we are finally [wrapped] up at the end of September. I think the pandemic has added an extra push for me to write some BIG SONGS. Where are all the John Lennons?! I’m so disappointed with the crap music I am seeing released right now. Besides a few good artists, current music on TikTok, flash in the pan, bad karaoke. It won’t be remembered. I am pushing myself to write meaningful music.

The world is looking a bit bleak these days, considering the state of current affairs. Where are you finding inspiration these days, and what are you hopeful for?

I am hopeful that we are coming together as a Society. We are more aware than ever about the environment, race, and our government… The internet has given everyone a voice. I’m super excited to see false media be abolished and real issues being seen and heard. It might seem bleak but knowing the issues is the first step in solving them. Amen for that. 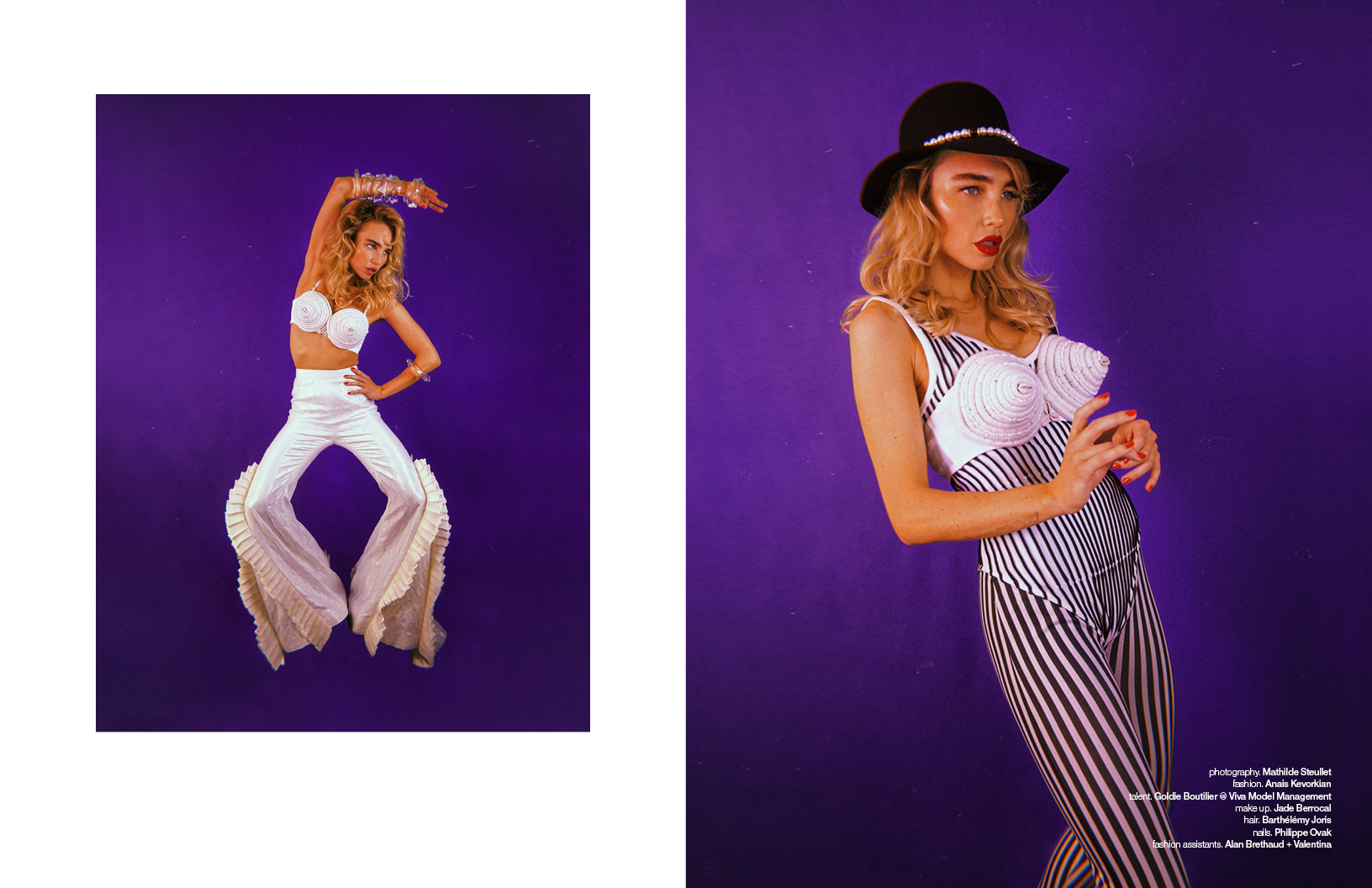