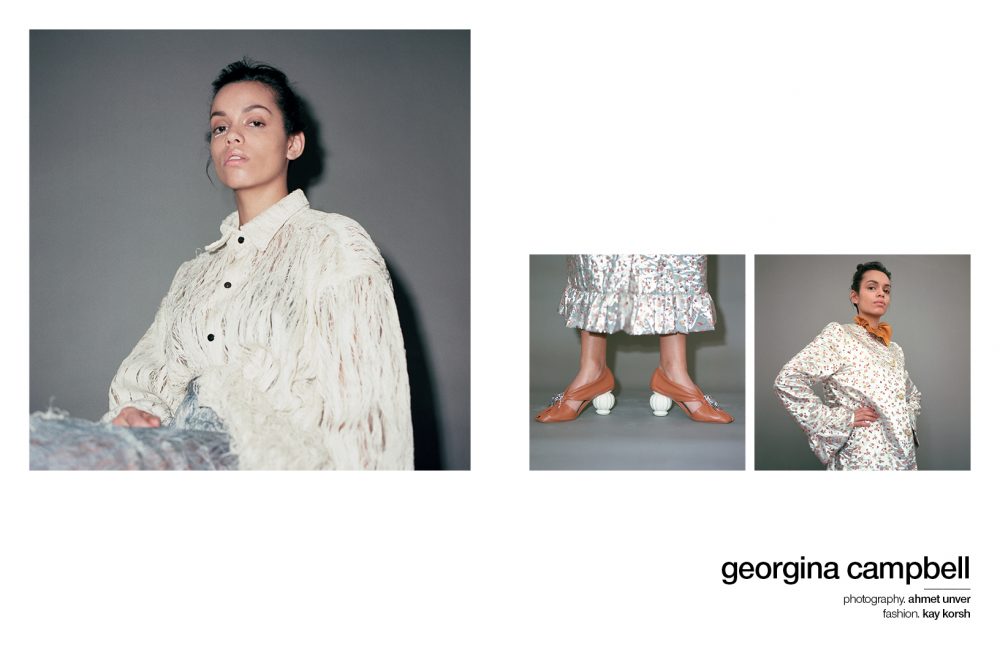 Georgina Campbell has been pretty busy these past years: whether starring alongside Idris Elba in Five by Five, sharing laughs and drama with her all-time icon Olivia Colman in Flowers and Broadchurch, or captivating us with her performance as the lovable Amy on Black Mirror’s “Hang The DJ”. But prepare to see more of the BAFTA-wining actress in Syfy’s new series Krypton, developed by DC’s very own David S. Goyer. Set two generations before everyone’s beloved Superman story, the highly-anticipated prequel finally premieres today, and centres on Clark Kent’s grandfather, Seg-El, and his fight to redeem House of El’s honour after being ostracized and shamed. Campbell plays Lyta Zod, Seg-El’s love interest and a fierce and compassionate member of the House of the Zod, part of the Kryptonian Military Guild and leaders in the defence of the city of Kandor. We catch up with the actress about what people can expect from the 10-episode series, POC representation within the industry, life after Black Mirror’s success and the UK’s acute problem with whitewashing period dramas.

Your most well-known roles are on the more solemn side of the spectrum. Is comedy something you’d like to explore further or would you like to be recognized for your dramatic performances?

I’d love to do more comedy, definitely. It’s a very difficult form of acting, though, and I’m not quite sure how funny I am, so it’d have to be a brilliantly written comedy! I’d say Black Mirror was definitely a step in the right direction, my Dad was relieved to see me smile in a role!

Speaking about your dad… in another interview, you mentioned that you wanted to be an air hostess rather than an actress and that your parents were the ones that encouraged you to follow this route. When did you know this was what you wanted to do for sure?

That interview was perhaps misquoting me a little. I wanted to be an air hostess when I was about 5 years old because I’d never been on a plane and I was curious! My parents did encourage me, yes, but the route into acting was by chance really, I was spotted on the street so they were very trepidatious. They encouraged me to get my degree as well and keep a grounded and smart approach to the industry, they’re both very hard working so they’ve definitely instilled a great work ethic in me. I’m very lucky to have them. I knew I wanted it for sure after about 3 years or so in the industry, so probably around the age of 18. It took me a long time to be honest with myself about that though, as I was scared of failing. The BAFTA was really the moment I realised I could do this as a full-time job and that I was actually any good at it. 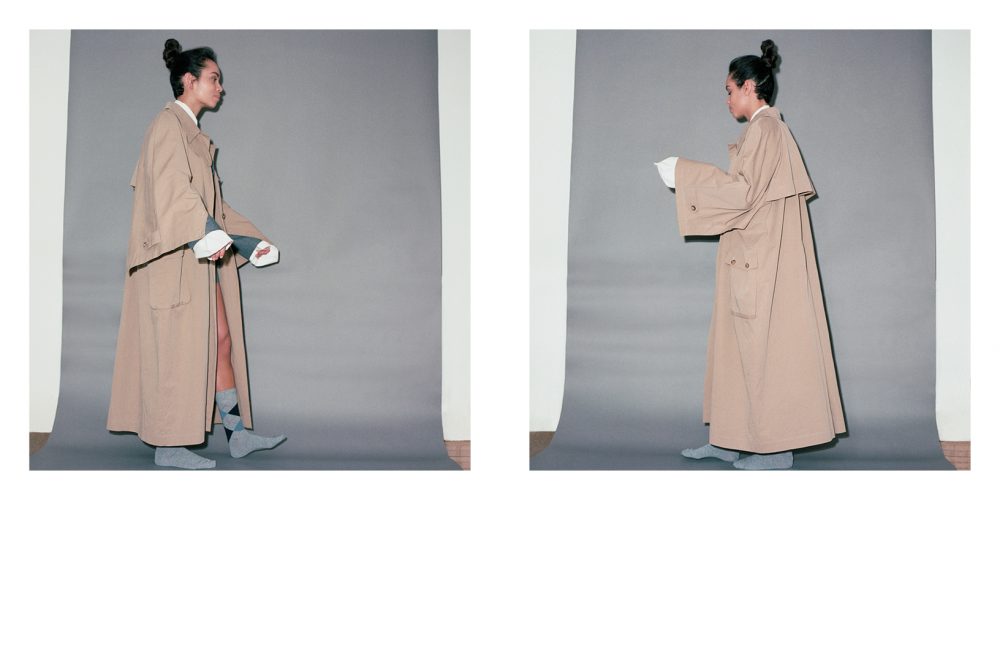 As you mentioned you studied Film at Royal Holloway. Do you feel your university background has informed your ways as an actress?

Definitely. I learnt so much at University about different directors and actors and really the art of the moving image. I learnt a great deal of history about the industry and the world through my degree. Film really is a beautiful medium — it covers so much from different cultures to different times, ultimately showing peoples differing experiences. Those years were very informative for me. I’d love to do a masters at some point in my life, I really love education.

Krypton is your first Sci-Fi project and, on top of that, it goes into the beloved superhero territory. How has that experience been like? Are you feeling the pressure?

It was really exciting to be on a job that was so spectacular — the set design, the costume everything about it is just beautiful and otherworldly. It’s been a fantastic experience and so informative, it’s miles away from the jobs I’ve done before. It’s been great learning new skills, in particular, I’ve been doing a lot of fight choreography and stunt training which has been [insanely] hard but just the most empowering thing! I’m not feeling too much pressure, I hope people like it!

Superman’s story is one most of us have grown with but we’ve never really delved into its backstory. Do you think this lack of “context” has played in your favour or against you when it comes to Krypton?

It’s great, it just means there is so much freedom! No-one’s ever seen this world before in such detail, there [are] no comparisons to make, which is a huge weight off the shoulders. The writers and creators of the show have really stayed true to the comics, whilst having fun with this planet with no boundaries. It’s great for an actor because I don’t have to worry about getting compared to someone else who might have defined the role in a previous show or film.

What can you tell us about your character, Lyta Zod? And what are you most excited for fans to see?

She’s a young woman trying to find her place on her planet, it’s very much a coming of age story for Lyta. She’s strong and fierce and incredibly complicated. She is part of the military guild, born of the Zod dynasty that we all know so well but she’s rebellious she feels she can’t live up to her Mother’s expectation and she’s constantly questioning the status quo on the planet. She wants equality for the citizens of Kandor, but she’s not sure how to implement that. She’s having an illicit forbidden relationship with the Seg-El in the show, they’re star-crossed lovers destined for other people but passionately in love. She has so much vulnerability and strength in her, it’s a lot of fun to play with.

King Arthur and now Krypton are the only fully American productions you’ve been a part of. How does it differ from the UK? Are you planning on making the jump to the other side of the Atlantic?

I would love to straddle both sides, that’s what most actors are doing or hope to do! 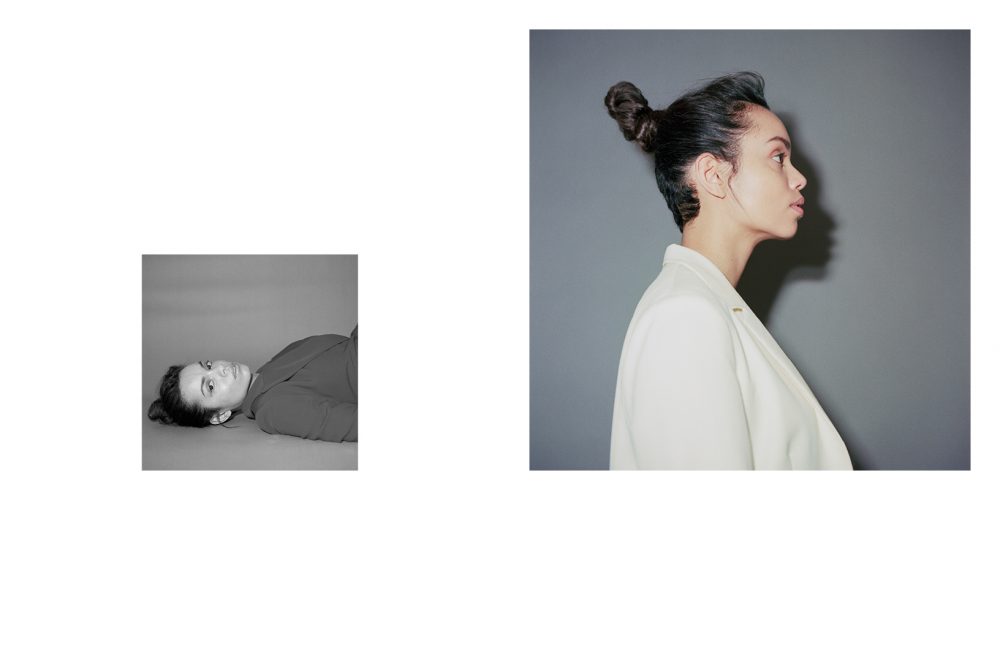 You were the first woman of colour to win the TV BAFTA for Best Actress. How did that feel and what’s your opinion on POC representation both in the US and the UK?

I had no idea I was the first non-white winner of that award for a long time. Once I found out I was shocked but just hopeful that there will be more to follow and it’ll stop being something that people talk about as it’ll just be the norm. I think we’re all aware that diversity is an issue in film and television, it’s something that we’re definitely seeing changing. I would say the last couple of years have been so exciting with the developments we’re seeing, the success of films like Black Panther and Get Out show there is a huge audience for films with black leads. It can only be onwards and upwards from here. We need to keep working at it though, inclusivity for ALL ethnicities and genders and sexualities and abilities.

As you said, you’ve been really outspoken about the lack of diversity in film and TV — both from a gender and race perspective. What do you feel can be done to improve that? And what do you think the industry is doing right?

It’s as simple as getting different types of people in at every stage of production. In casting, in writing, in directing, in producing at every level just seeing people with different stories to tell and different ideas of what ‘normal’ is. I think in the UK we need to stop whitewashing period dramas and pretending there haven’t been different races in this country for centuries. As our main export, we really are leaving a massive part of British history untold and ignored which is a shame. The #MeToo and #TimesUp movements have been incredible, it shows a big systemic shift in how women are willing to be treated. It’s a really exciting time right now, it feels like people who have been oppressed and side-lined for so long are finally finding the courage to refuse to stand in the shadows any longer.

Ditto. Murdered By My Boyfriend, your breakout role, tackled domestic violence head-on. Is shedding light on social problems something you set out to do when picking what roles you go after?

I wouldn’t say that I specifically search out roles with strong social messages, I would say that they interest me so perhaps when I audition I get more passionate about those roles which result in me bagging the part. If you can send out a strong social message: great, but I also love cinema and television as a form of entertainment. It doesn’t always have to be carrying a strong message, it can just be a great story. 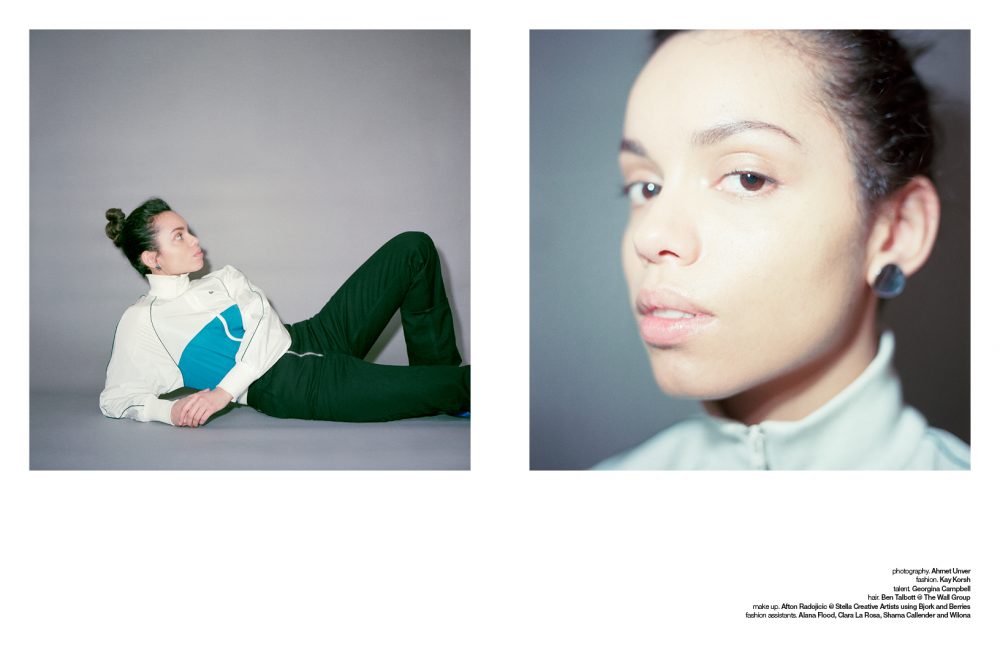 You’ve played a multitude of characters over your career. What would you say has been your favourite role to date and why?

My favourite roles would be a toss up between Amy from Black Mirror and Ashley from Murdered by my Boyfriend for very different reasons. Ashley was so important because she was a real person with real family and friends, there were high expectations and I took that very seriously. Getting close to what she went through was heartbreaking and life-changing, it really impacted me in a massive way. I’m very grateful to have been a part of telling her story to the world. On the other end of the spectrum, I really enjoyed playing Amy as it was the closest I’ve ever played a character to myself and my personality. I’m definitely not Amy but it felt very freeing and enjoyable to put some of my mannerisms and eccentricities into her character.

Lastly, apart from Krypton, do you have any other projects in the pipeline this year?

I don’t know! I’m home after 6 months filming in Belfast. I’m enjoying being back with my friends and family, there [are] a few things knocking about but who knows!

“Krypton” premieres tonight, March 21st, on the SyFy channel in the US. The UK is still waiting for a broadcast date. You can also catch Georgina in the latest season of “Black Mirror“, now streaming on Netflix.