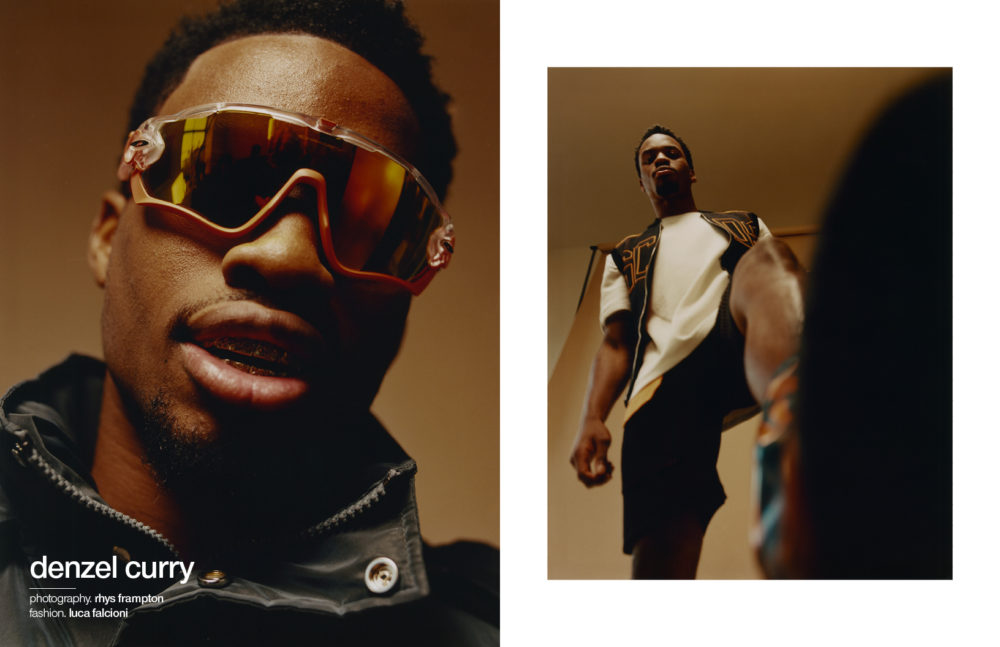 Miami rapper Denzel Curry is a compelling reflection of his surroundings. Growing up in South Florida, Denzel’s angsty sound embodies an enticing rebellion rooted in the underground hip hop scene he came from. The 24-year-old raps with witty ammunition, channeling the metal aggression of Rage Against the Machine’s Zack de la Rocha and the lyrical playfulness of Tyler, the Creator’s early work.

Denzel’s latest offering comes in the form of leaked mixtape UNLOCKED. He collaborated exclusively with producer Kenny Beats and released an animated visual for the project. Denzel’s choice to collaborate with popular producer Kenny Beats came after appearing on his viral Youtube series The Cave. After the episode, Denzel continued to return to the studio and within three days UNLOCKED was made. “I honestly don’t know that shit just happened. We caught a vibe,” says Denzel.

The artist’s gritty and distorted vocals bounce seamlessly against Kenny’s old school hip hop samples and fluid beats. UNLOCKED is dynamic and becomes continuously more vibrant track by track. Lyrically Denzel balances chaos with clarity. While his delivery is an electrifying highlight of the project. UNLOCKED is unstrained and the fact he freestyled the majority of the album means you can feel his explosive performance on every track. Standouts in production include Pyro and Cosmic while Denzel shows off his vocal flexibility on track Diet. “Diet is my favorite song on the project,” he reveals. “I’m just excited about that shit because I know I snapped.” Now the impromptu project is out in the world, he tells Schön! how it came about. 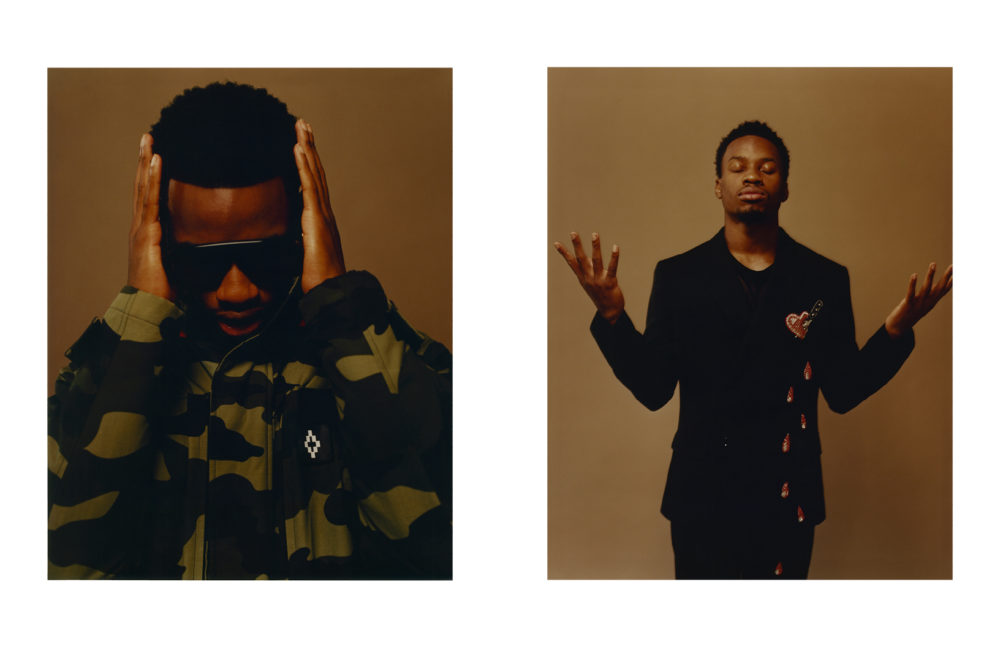 Raw. It’s unfiltered and in your face. From the Bass sound Luke [Skyywalker] went to war for with the Parental Advisory shit, all the way up to the lo-fi punk vibes [SpaceGhost] Purrp, myself and Ronny [J] started.

Being a ’90s baby who grew up in the 2000s – what music influenced what you write today?

I grew up on a lot because of my family. There was all types of music playing in the house. Gucci Mane and Jeezy from my older brothers down to Frankie Beverly & Maze with my parents. Even my Grandma was bumping 2pac. I discovered stuff on my own though like Big L, Nas, Three 6 Mafia… 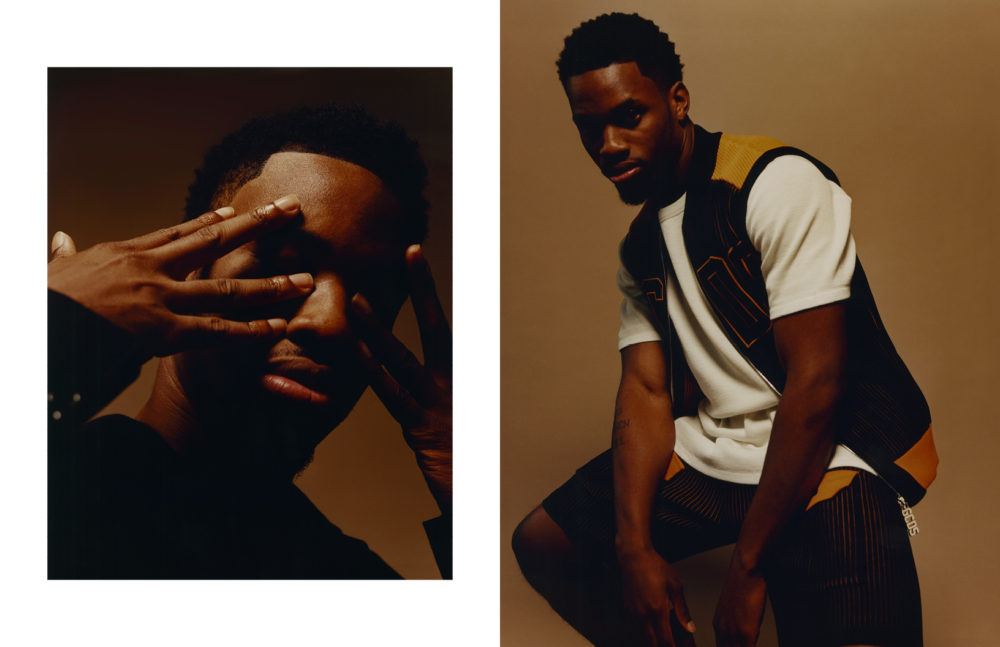 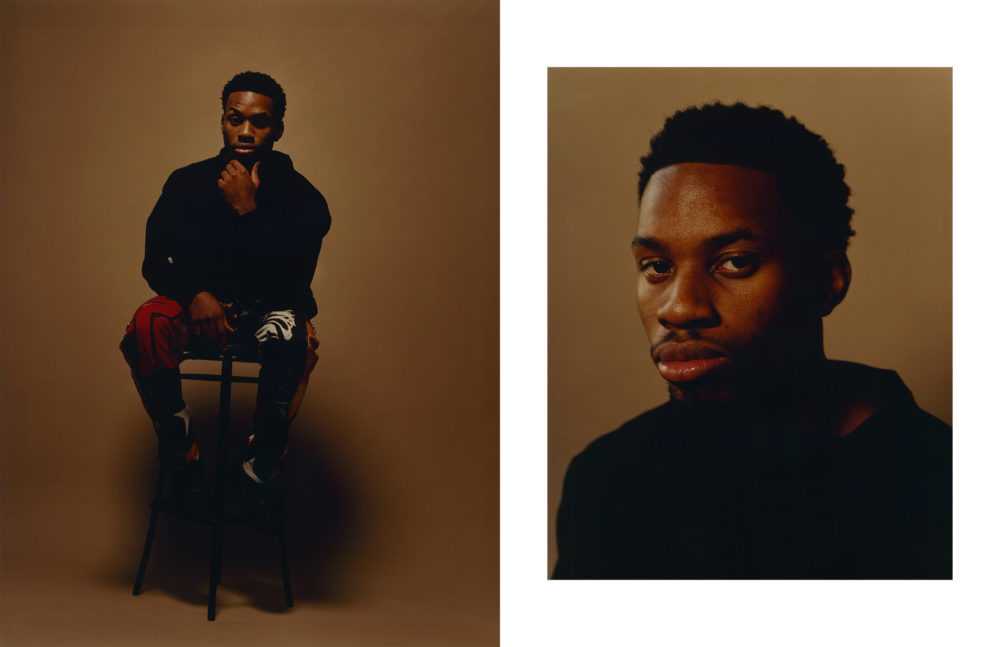 Who helped shape your signature sound when you first started making your own music?

Honestly, I picked up on a lot of things. I started rapping with my friend Premi. By battling him every day he taught me how to rap. At 16 I linked with Metro Zu and Raider Klan. Those early tapes and working with them helped shape [my sound].

When was the moment you realised you could turn your gift for rap into a career?

I always did it because I loved it. I think [Pouya and I] realized we were being used when a local promoter booked us to open up for a big name artist and all the fans actually came out to see us. That’s when I realized we need to start getting paid. 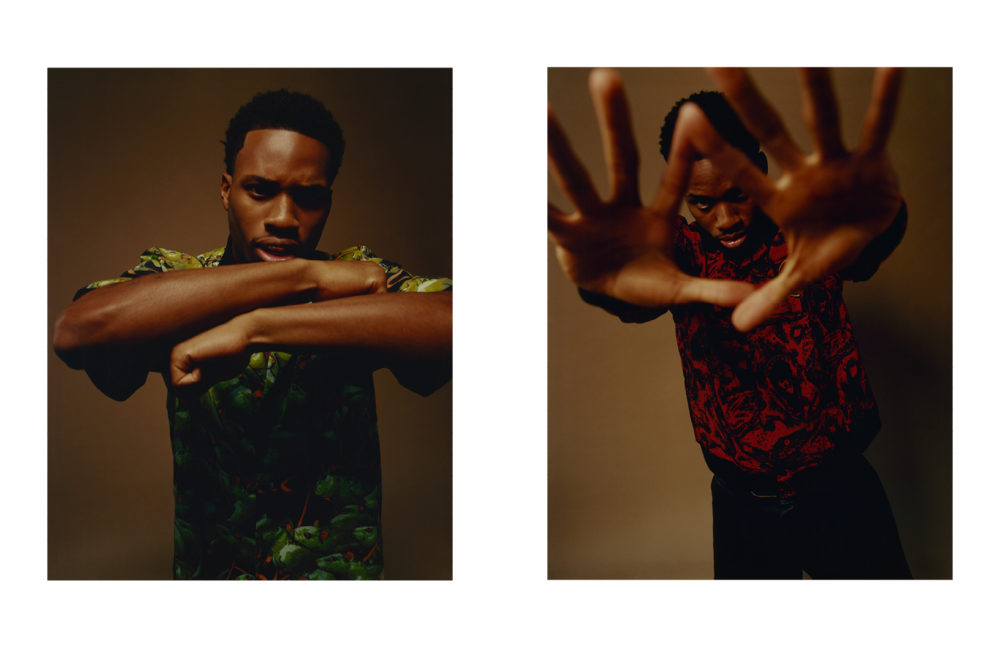 Fans love to mosh at your shows because there’s a relatable angst to your music. Where does the intensity of your lyrics come from?

Childhood trauma, honestly. The way I fight, act, rap… it all has to do with that.

How did your working relationship with Kenny Beats begin?

We were working at first but fell out over a beat I used that he gave to somebody else. We eventually squashed it though and talked it out like men. Fans kept hitting me up to do an episode of his series The Cave. We did it and the chemistry was good and we did this tape.

What brought you and Kenny together for UNLOCKED?

The vibe was good so I just kept going back over there every day after that for like three days straight and the tape was born. 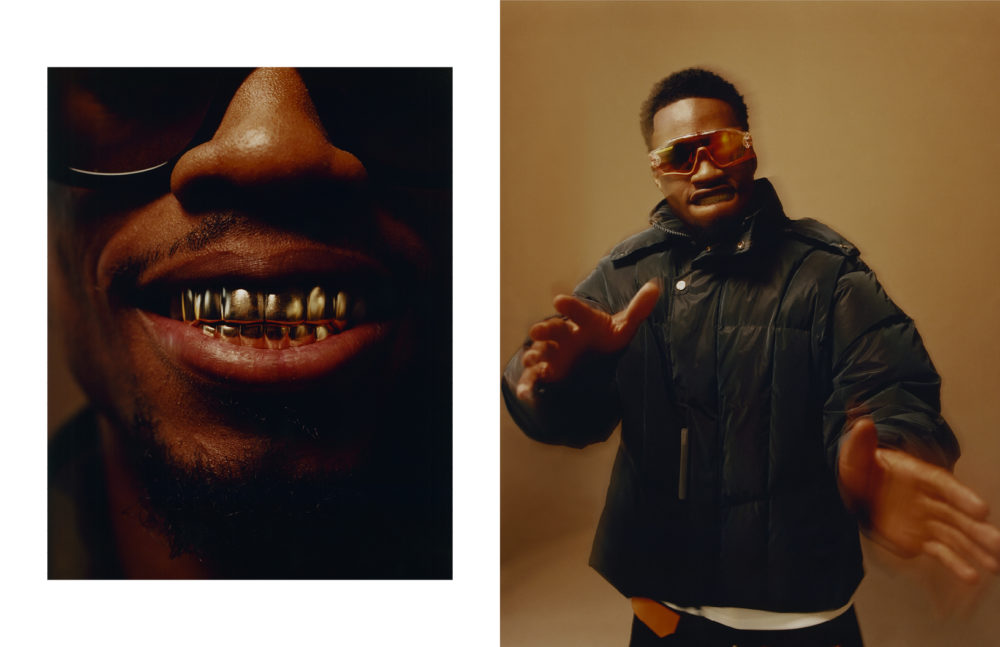 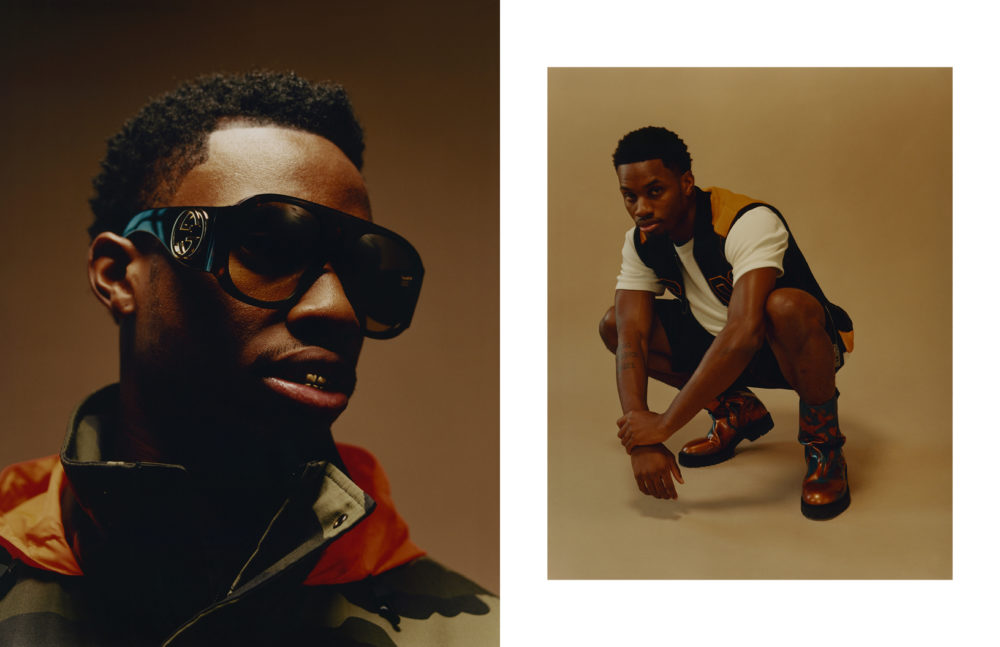 Where did you start with it? Did you both have a theme or style you wanted to go for?

I watched the Wu-Tang documentary and was inspired by that. I think Kenny just wanted to do something different and out of the norm. It started with the first freestyle we made [on] The Cave and went from there.

How do you usually go about making a record?

Lately, I’ve just been freestyling a lot. I don’t write as much as I used to. I go in the booth and say whatever the vibe of the beat gives me. If I don’t like something I scrap it and maybe replace a line or two but it’s mostly off the top of the head. The whole tape is freestyle.

Was there a moment in the studio you look back on fondly?

I remember jpegmafia being there the night I recorded Pyro and wilding out on the So Incredible bar, “harder than a morning wood tryna pee up.” Kenny kept screaming pause.

Lastly, what can fans look forward to from you for the rest of 2020?

Shit for THEM ONLY… Fuck the critics. 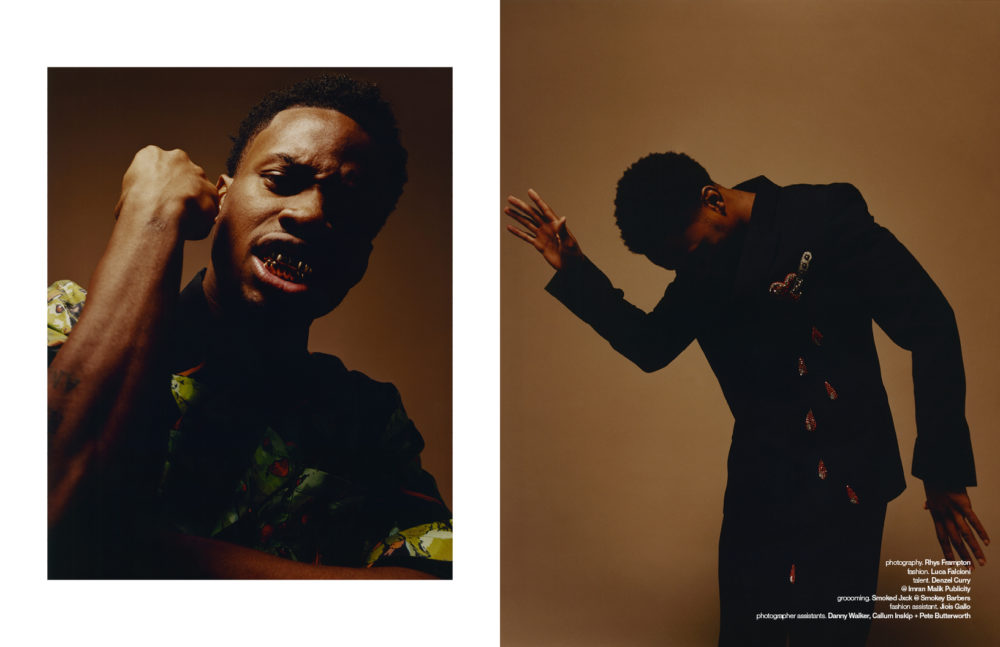