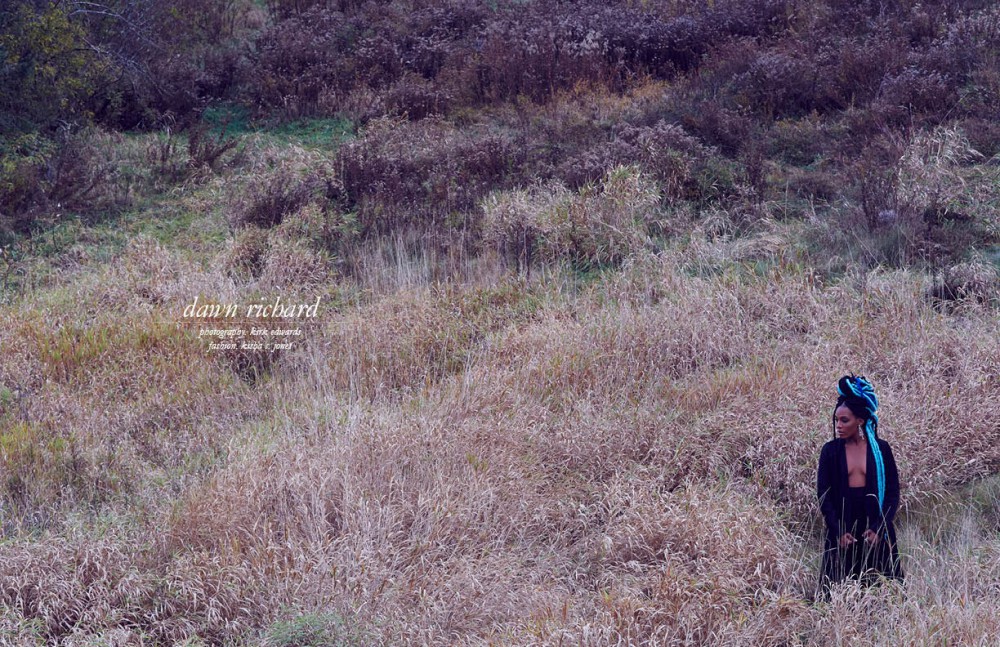 Great singers’ voices are often compared to butter, but Dawn Richard’s is distinctly cream cheese. “Yasss,” she squeals as we sit across from one another at a nearly empty restaurant blocks from Times Square. Like the late Natalie Cole or Sean Lennon, Richard was born of music. “All I can remember is laying underneath the piano and listening to my father play. And all I wanted to do was a be a part of it in some way or form.”

Her choir director father first encouraged Richard to join the church’s choir at age seven. “I think you have something special,” she recalls him saying.  A self-described tenor, her father made her sing soprano, forcing her to widen her range. Though she obliged, Richard never understood the ‘special’ quality he heard,  identifying it merely as her sounding ‘other’ than most girls. Then her father introduced her to Otis Redding and it clicked: Other meant special. This led her to the now-defunct Peaches Records & Tapes in New Orleans. There, she successively discovered The Cranberries, Canadian musician Bif Naked, the rock band Live, and Icelandic singer-songwriter Björk.

“I was hearing women’s voices for the first time. Women who were angry and aggressive and grungy.” Richard immediately felt connected. Once her sonic appetite had been accessed, her hunger proved insatiable. Her family, however, grew reticent.

“My mom didn’t understand the music I started listening to; she wasn’t prepared for that. I grew up to be a different kind of kid then I think she was expecting, having fallen into that alternative culture rather quickly.”At her anime-themed sweet sixteen, Richard rocked a green bang and a blue bang . “Are you a lesbian? Are you on drugs? Are you a Satanist?” her mother asked. Things weren’t any less confusing at school, where Richard’s schoolmates at her predominantly black catholic school were reluctant to accept her. 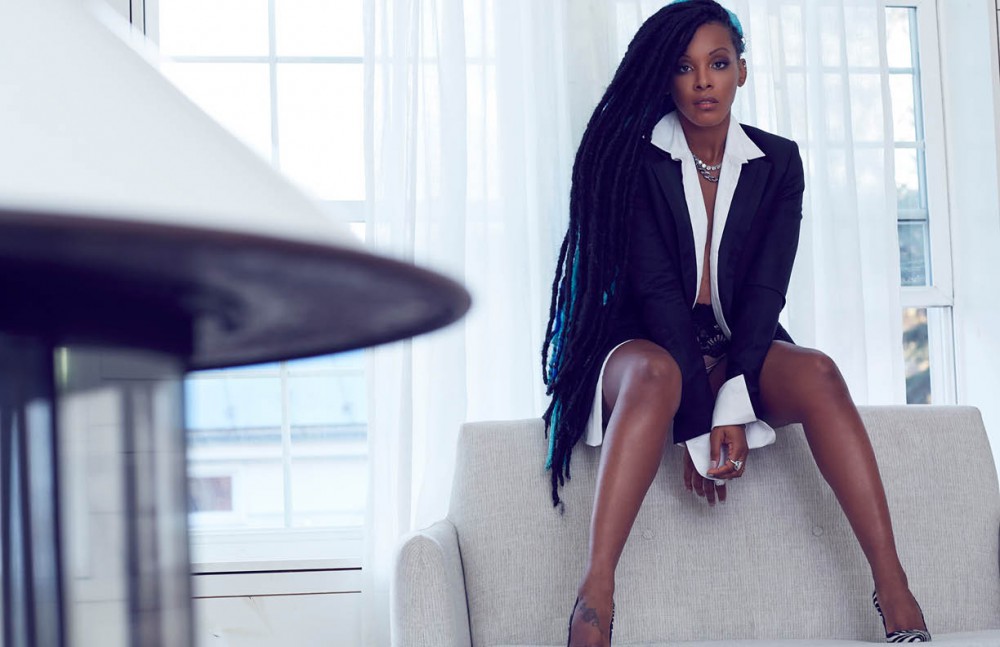 “They called me white girl. They called me Oreo. I didn’t understand why my culture didn’t accept me.”  Unable to take it any longer, Richard insisted on a transfer to a predominantly white school. “It was my first time being around white people outside of softball.”

Her prowess on the field eventually landed her a softball scholarship, where Richard pursued a degree in Marine Biology with a concentration in manatees and dolphins. Though the music inside of her quieted, it continued to bubble until it was eventually forced out. Enter: Diddy.

The girls on the NBA dance team Richard had joined insisted she audition for his show, Making The Band. Richard reluctantly drove to Orlando for the audition, walked the five miles from her roach-infested motel to her audition the next morning, nailed it, and made the band.

“Let me not shame my city,” Richard prayed, as she accepted her spot as one fifth of the girl group Danity Kane. Unfortunately for her, fans of the show were not quick to embrace Richard, viciously attacking her on online message boards.

“They would call me ugly, and ‘tranny.’ It was hard for my parents. I didn’t look very nice in the beginning because I didn’t know that you had to have a great sewn weave. I was stressed the hell out, my skin broke out half of the time, my weave was showing, make-up was wrong.” How did she learn to shake it off? “Fuck the bullshit, I made the band. We here.” 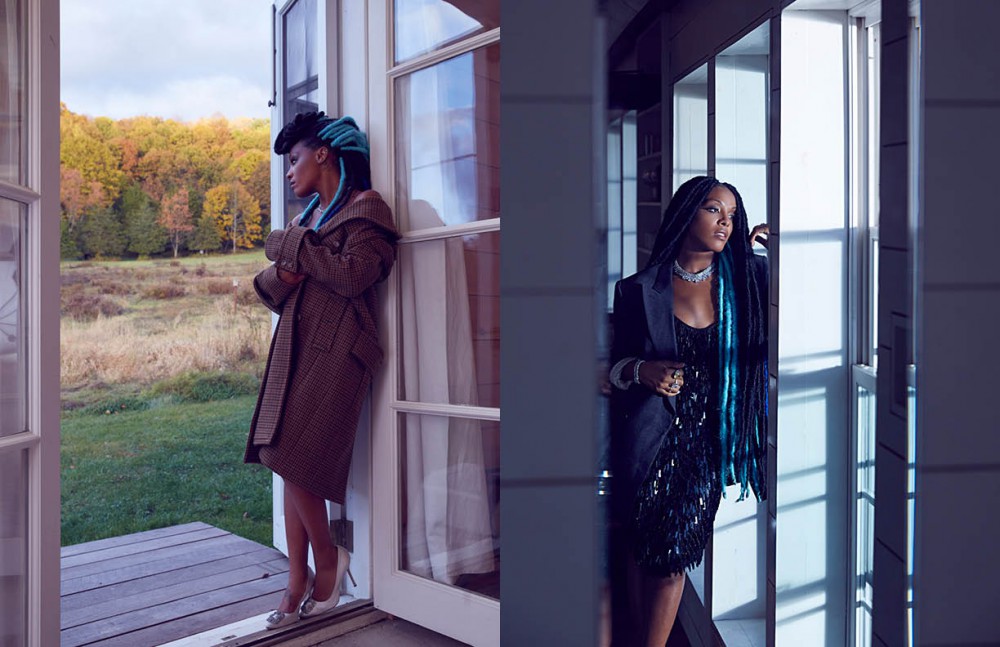 From there, Richard discovered yet another great love: The stage. “I don’t ever want to not ever feel that feeling,” she recalls, visibly replaying the moment in her head. It became an immediate addiction. “I never wanted to be a solo artist or even in the front,” Richard explains.  “I was just happy to be a part of it. And in the beginning, it was fun.”

Without getting too deep into it (there’s Google for that), Danity Kane’s formation, break-up, reformation, and second break-up was fraught… to say the least. “That whole situation is just sad,” Richard says with a heavy breath. “The problem with us is that we don’t make it about the music. We’re all selfish. We stepped on our own toes. We all have a very different vision of how we see the group and we cannot win that way.”

“Do you think that, given time…” I try and ask. “Nope,” Richard sharply cuts me off.  “Do I wish we were greater? Yeah. Do I wish we weren’t assholes? Yeah. But shit, I wish Santa Clause was skinny, but he’s not.” 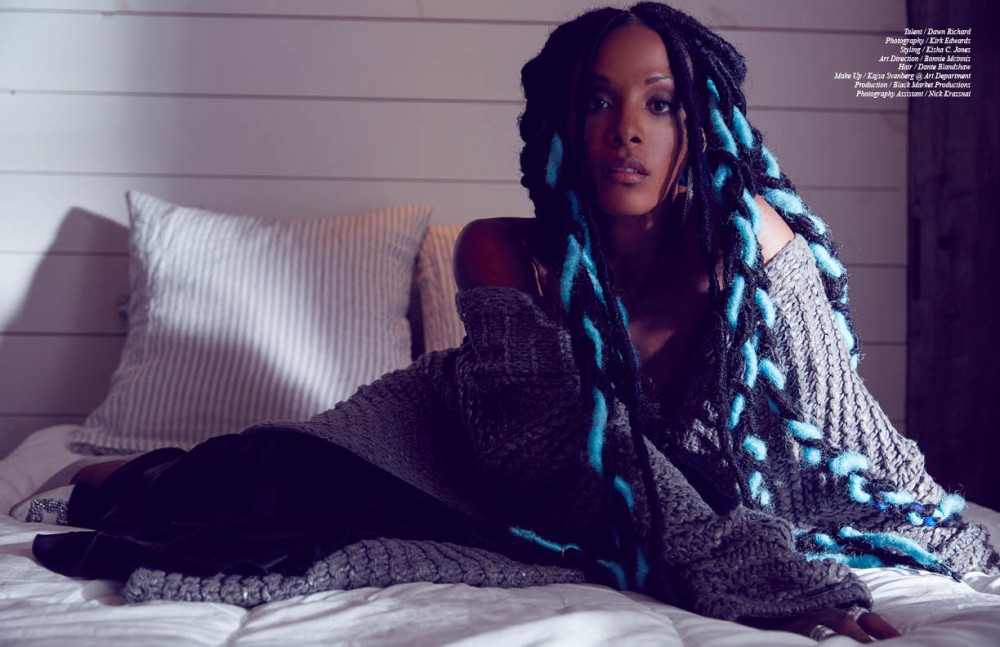 Richards adopted the most important wisdom bestowed by Diddy as she pressed on: The ability to sell anything. During the time between Danity Kane iterations, Richard began her most ambitious project to date, her first, second, and third solo LP’s, The Heart Trilogy. Richard’s love for great trilogies in literature inspired her to delve into the depths of her ambition.

“The point of the trilogy was to show people we are never our color, we were always our heart.” She sought solace in the confusion brought on by artists like Grace Jones, David Bowie, and Freddie Mercury as she birthed 2013’s Goldenheart and its follow-up, 2015’s Blackheart.

Not Above That is out now on Local Action Records.