Danny Sangra lives every artist’s dream. Dream, meaning he has built a career by being himself. Take a glimpse through his catalogue of short films, drawings, and multimedia art work, and you will notice a thread of dark humour as well as a curated DIY-perfection to his pieces. His art has led him to create projects for clients from Balenciaga and Mercedes-Benz to Vogue and CNN. His most recent work is his first feature film, Goldbricks in Bloom, which has launched on Vimeo in true independent fashion. The feature is a social satire interweaving the story of a self-obsessed group of disenchanted young creatives with the mythic rise and fall of a New York painter.

Goldbricks in Bloom, as well as some your short films, center around people who are artists or in the creative industry – I’m sure these stories are inspired by autobiographical themes? Particularly the millenials in Goldbricks… Were any of these characters based on people you know?

Yes. They are based on the things I see or stuff that happens to me and my friends. However in Goldbricks there’s situations that I’ve overheard and I’ve found super annoying. So annoying that all I can do is laugh.

How  do you think your city-centric story based around artists/creatives speaks to a wider audience who may not be in the same field?  Do you find the same comparisons in the London creative industry?

I knew it wouldn’t appeal to a wider audience. However, because I had so many short films out, I knew I had an online audience that related to my films.

To be honest, when I wrote the script I was concerned I wrote a film about a bunch of assholes. But I didn’t really care if wider audience was interested. It was such a small independent film I just wanted to make something that was truly my voice. I think everything is so international now. I suppose it’s a film for people stuck in the bubble. 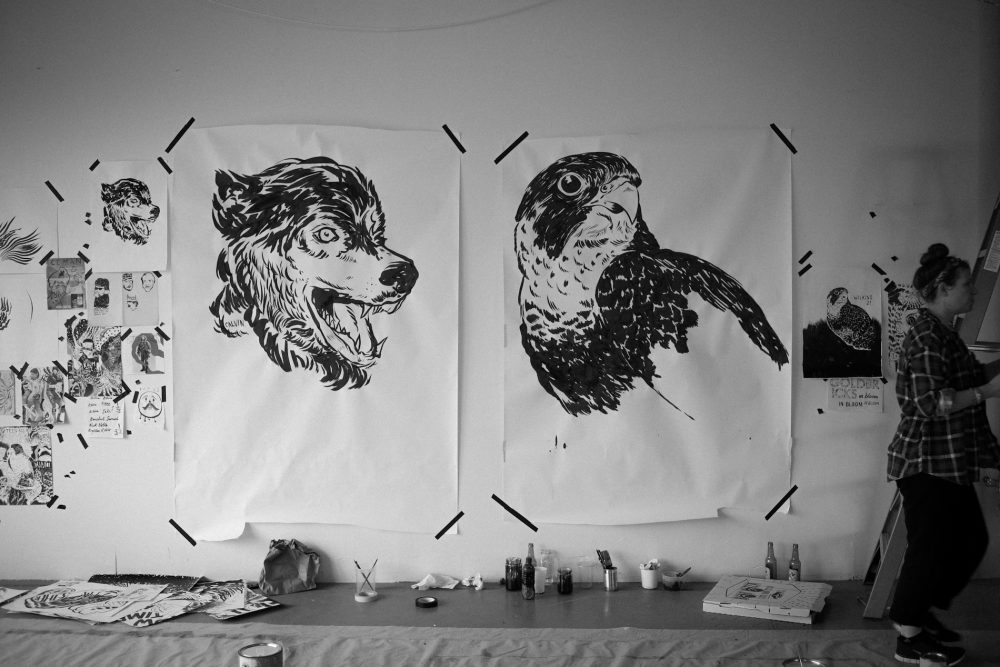 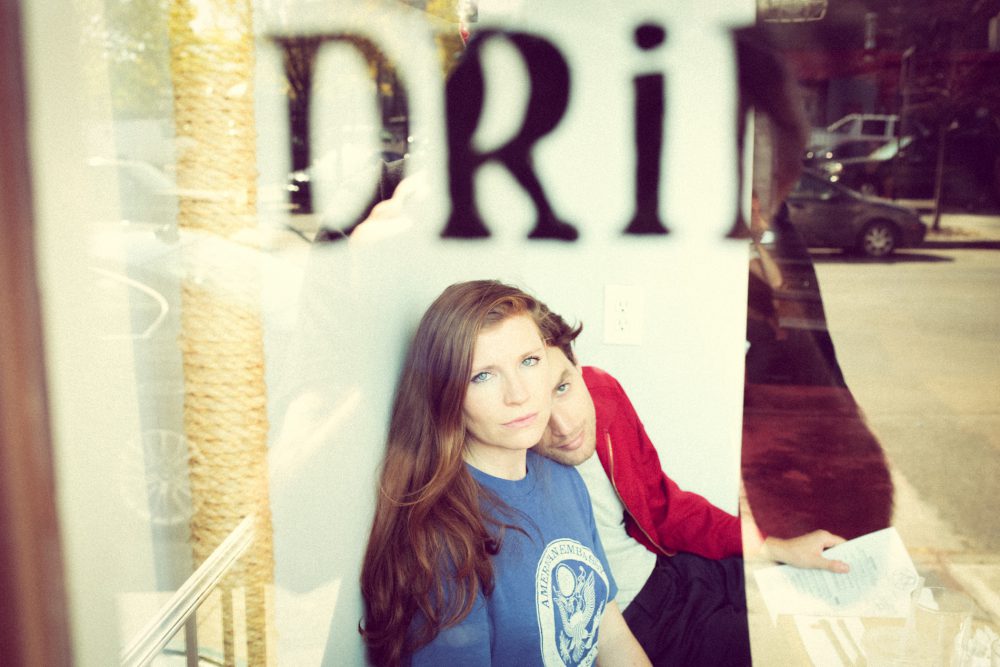 How do you reckon being colourblind affects your work? Does it help you make loads of decisions as a director, clothing, wardrobe, set?

It makes me more specific. If you have tons of money you can be very specific, like Wes Anderson level of attention. However on a small budget film it’s more about adding highlights to an existing scene. I don’t shy away from colour, they just tend to be a little bolder. I also look more for patterns.

My background is painting and illustration so my colour development came through that work first.

How do you differentiate the power of the film festival circuit vs. internet audience when it comes to releasing films?

I wrote the film knowing I would be putting it straight on Vimeo. We did actually end up with a cinema release in the US but that came as a bit of a surprise.

If this was a different type of film then maybe I’d go the festival route but in all honesty, I just didn’t feel festivals would respond to it. I figured only a handful of people would see it at a festival anyway.  I could get more eyes on it online.

Was any of this improvised? The comedic timing is so apt –  or was this in the script?

Not as much was improvised as you’d think. I tend to write very conversational dialogue and it’s clear in the script where the timing needs to be.

To the credit of the actors, they had no rehearsals and totally nailed their dialogue. Some of the group scenes were improvised. Just so I could have everyone talking over each other. Actors would sometimes make small additions to make the dialogue sound more natural.

Kat (Clements) and Zosia (Mamet) in real life talk super fast and it’s infectious, if anyone else is in their scene, suddenly everyone is talking super fast so we’d have to slow it down. The Calvin story has totally different tone. Calvin (Sam Hamill) barely talks and Miles (Jake Hoffman) talks for the both of them.

What was your motivation behind the music in the film?

I was actually watching Ferris Bueller thinking about how good 80’s soundtracks were. Then towards the end of writing the script I kept listening to the track Age Of Consent by New Order. I felt that had the tone I wanted.

What facets of your personality do you think each discipline of art you’re involved in entertain? Being graphic design, drawing, photography, and directing/filmmaking? Any ties in your work?

With personal work I genuinely approach everything in the same way.  I think it all comes down to just getting shit off my chest. I’m lucky I have different ways I can express my ideas otherwise I’d probably explode.

Who would be a dream collaborator of yours?

I really want to work with Parker Posey. I think she fits the sort of characters I write. 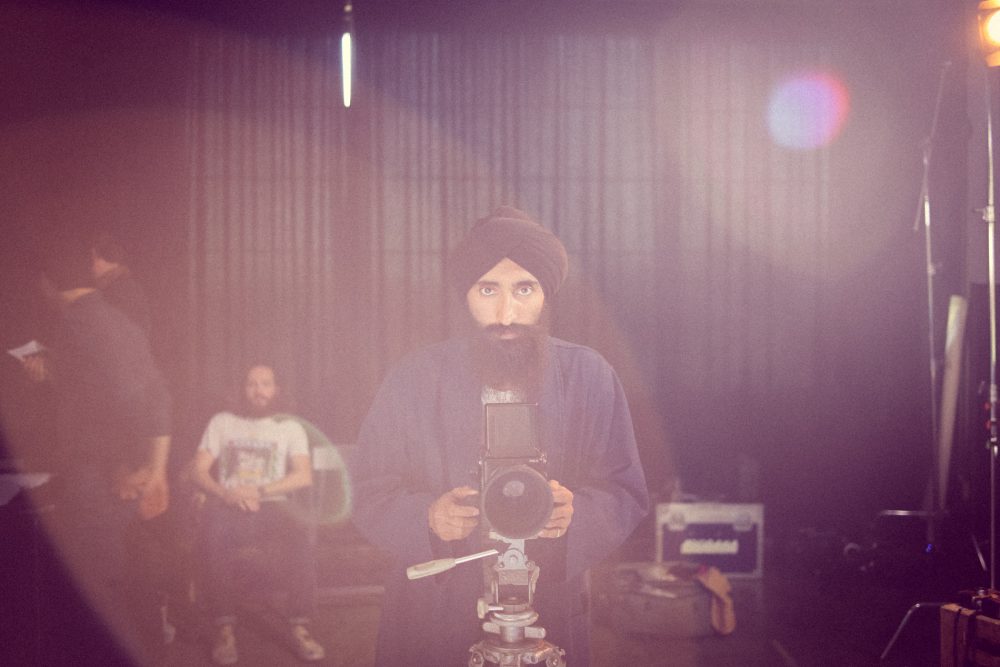 A lot of your short films center around the awkwardness that twenty-somethings experience – do themes and issues come up first to get you writing, or does the image come first then the theme?

The themes come first. Then because I don’t like to be preachy I wrap them up in weird stories that involve time travel or whatever. With Goldbricks, I never wanted to say ‘get off your phone and live!’ I just wanted you to see it how it is. If you feel bad about that then maybe stop looking at your phone. If it doesn’t bother you, then that’s cool too.

I never write an ending where a lesson is learned and everything is all neatly wrapped up. Most the time I end my films in the middle of nothing. I don’t condescend my audience. It’s just super corny to end with a lesson learned.

Who are the directors, artists, photographers that inspire you?

William Klein. He went from painting to photography and then film but ultimate he’s simply an artist. For me, he was the biggest inspiration. He did things in his own way.

Other who have inspired me are Aki Kaurismäki, Bukowski, Beastie Boys and Godard. I know Beastie Boys stands out on that list but being a teenager in the early 90’s they always had the best videos. They also seemed like they just had fun making stuff they wanted to make.

What do you have coming up next now that you’ve made your first feature?

I’ve been working non stop illustrating and filming so I have a few shorts and commercials coming out soon. Plus I have an exhibition coming up in LA with Arkitip in June. After that I’ll start working on my next feature.