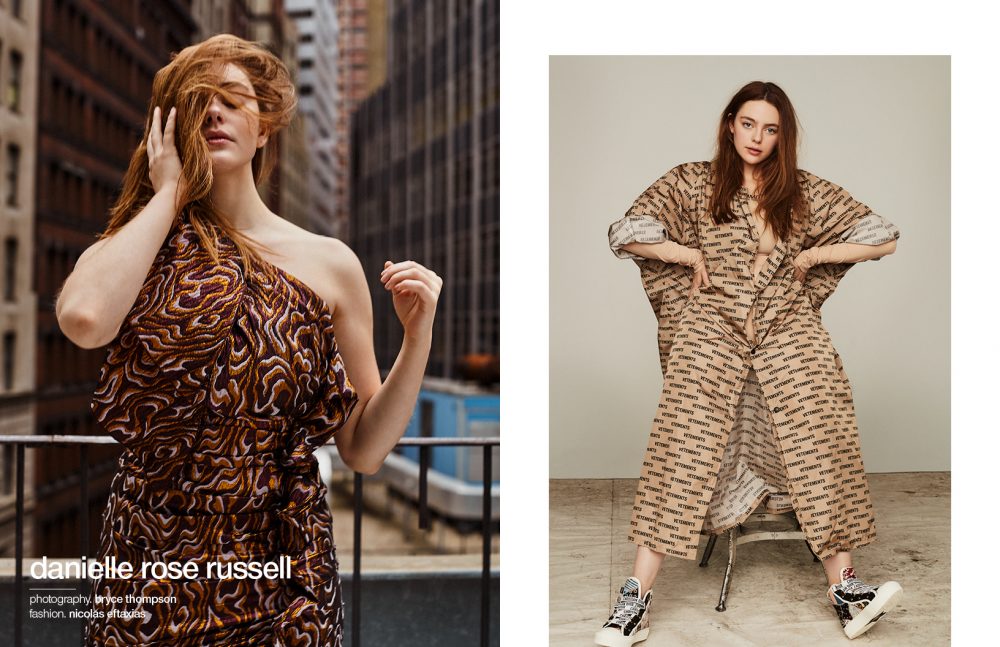 Gracing our screens on CW’s fantasy-horror driven series The Originals to its action-packed spinoff Legacies, Danielle Rose Russell is the lively star behind the series’ leading character, Hope Mikaelson. Transitioning from one supernatural series to another while remaining as one character, Russell chats with Schön! about her experiences adjusting to Hope’s new script, her love for acting and what’s to come from the young actress in the new year.

What has been your experience as Hope Mikaelson, a leading character, in CW’s series Legacies?

Hope Mikaelson has been my favourite character to play thus far. When I first auditioned for this role, I was actually shocked at how I was naturally able to walk in her shoes and speak her words, despite being a powerful supernatural. This is also the first time I’ve ever been able to walk with a character for such a long period of time, which has been quite rewarding for me as an actress. I’ve literally been able to grow with her so much, that she’s become part of me.

After transitioning from the action-packed series The Originals, have you faced any challenges while leading your recent role in Legacies?

The fact that I was playing the same character but on a completely different show with new writers and a vastly different tone, I did struggle [to play] Hope in the first couple of episodes. Obviously, I’ve played her role for a year prior, which allowed me to get a better sense of where she’s been, but two years had passed since the traumas she faced in the final season of The Originals. That being said, I had several conversations with our showrunners, and almost 14 episodes in, I feel as though I have a better sense of Hope’s character than I ever have before.

How was your experience in differentiating Legacies from The Originals and The Vampire Diaries?

From the moment I read that badass opening sequence in episode one of Legacies, I knew that this show would stand out against the other two so distinctively. While TVD and TO were epic, Legacies breaks the rules of network TV and the supernatural every day. Each episode is so different from the next, which keeps us all on our toes creatively. In terms of differentiating Hope between both series, however, I really can’t take all the credit. Most notably, I see those changes in the way she does her hair and makeup, the way she dresses, the art in her dorm room… all of these minor details really indicate where she’s been and how much she’s changed since we last saw her. 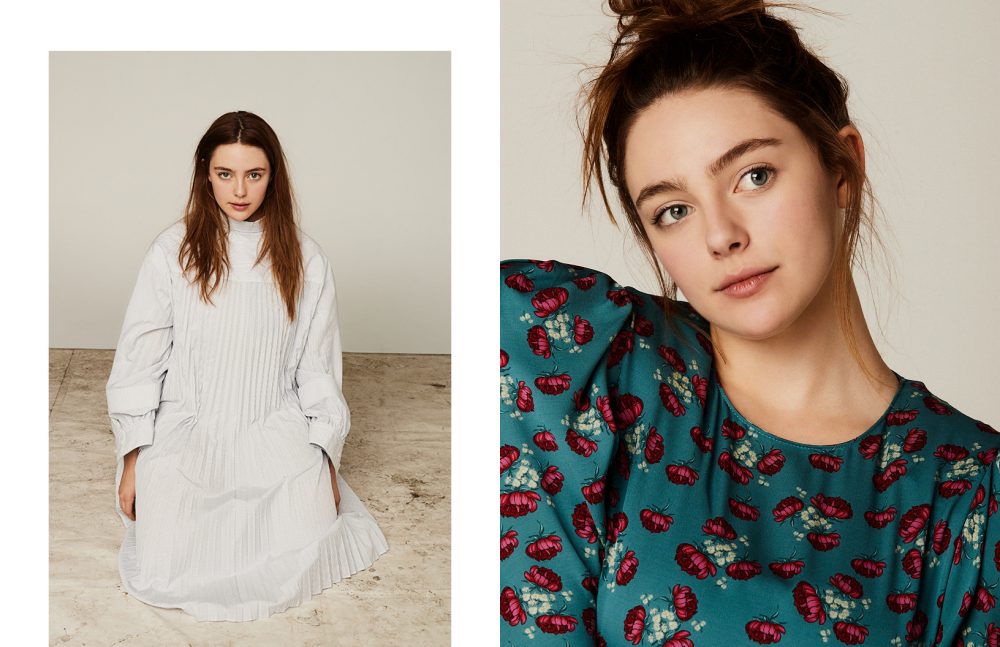 How did you react once you learned that you’d be continuing your journey as Hope to a new series?

Legacies was always this “far-fetched” idea that honestly only lived in our minds for a while. So despite how much I wanted to continue Hope’s story, I tried to not think about it too much. However, I did some work on the comic-con sizzle reel for the show and I literally got so excited about the concept that I couldn’t help but to wish for the opportunity to take part in something so epic. When I found out that it was set in stone, I was so incredibly grateful.

Did you always have a strong interest in pursuing a career in acting?

Honestly, the only reason I became an actress was because of a bunch of happy accidents. My mom put me in the industry when I was way too young to know what was going on, but from my first day on set, I fell so completely in love with it. After that, I felt this indescribable feeling of just knowing that this is what I was born to do. I’ve been fortunate enough to find my passion at such a young age, so every high and low has always been worth it for me. To this day, I can attest to the fact that being an actress is what I am meant to do.

What keeps you inspired and motivated as an actress?

My mom keeps me inspired as not only an actress but as a person. She’s believed in me when I didn’t believe in myself and supported me in whatever I’ve wanted to do. Although she put me in the business at such a young age, she always gave me the freedom to be whoever I wanted to be.

How do you define being a woman in the acting industry? Any challenges?

Getting to play a strong protagonist makes me feel empowered both as an actress and as a woman every day. I hope to inspire women through this character by embracing her strength and vulnerability, all while being a fucking badass. Don’t get me wrong, I’ve faced many challenges as a woman in both the industry and this world! Just by trying to embrace my body, I’ve faced way too much BS for being myself. It’s been a journey of learning to love every ounce of my individuality and uniqueness, but I am the person I am today because of the challenges and patronizing I have faced throughout my entire career. I feel so incredibly empowered to be a woman, and I won’t let anyone take that away from me. 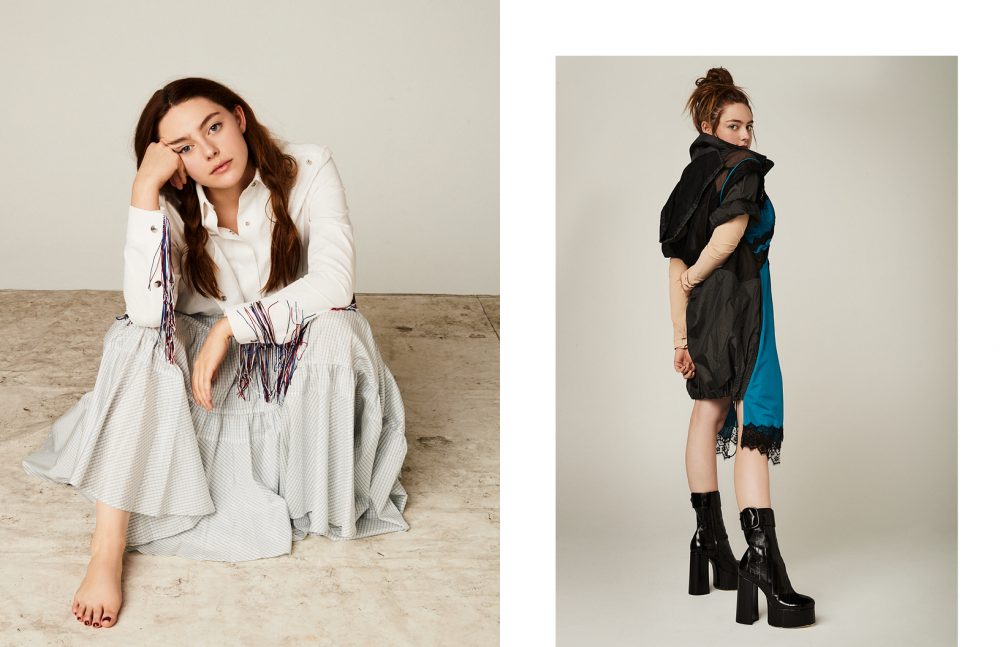 Having worked alongside reputable actors like Owen Wilson, Emma Stone and Bradley Cooper, has there been any lessons you’ve gained from these experiences, which have fused your career as an actress?

I consider myself really lucky to have been able to work alongside such incredible actors and creators, and we’d be here all day if I told you about all the times I learned something from them. Let’s just say that it is definitely because of the actors and directors I’ve worked with that I am the actress I am today.

Given your diverse background, do you have a preference in working in either television or film?

They’re both so different from each other that it’s difficult to say. I love working in TV because you get to explore characters for a longer time than you would in film. I also love the consistency of getting to do what I love every day. On the flip side though, film allows you to delve into different characters more frequently, and without fighting a tight schedule. Additionally, film allows you to play as an actor a little more, so when I’m not being Hope Mikaelson, I’d love to get back out there and delve into the world of film again.

What has been your most cherished piece of work that you’ve done this far?

Working with Cameron Crowe on Aloha was probably the most rewarding for me as an actress because I literally learned from the best of the best. He didn’t realize it, but he helped create a foundation for me as an actress. However, episode 7 of Legacies pushed me to some incredible limits, as I was literally fighting the flu while working every day in every scene, which I’m definitely very proud of.

How do you prepare for a role? Any specific routine that you strictly follow?

It’s quite different for each character, so I can’t really speak on that. I will say, however, that my acting coach and showbiz mentor has been a guiding light for me for many years and has helped shape me as an actress. 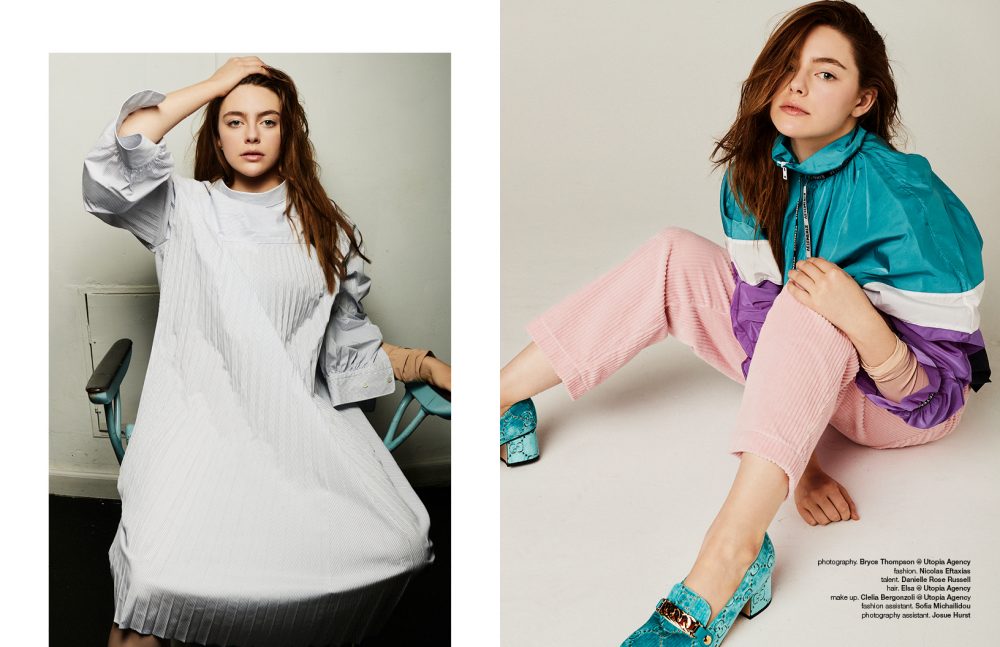 Is there a specific type of character that you enjoy playing most?

Characters with an edge. I am so drawn to characters that have been somewhere and are battling something – whatever that may be.

What do you look for in a role?

I don’t have anything that I actively look for in a role, I’m drawn to all different types!

Are there any genres of film you wish to explore in the future that you haven’t yet?

All of them! I have yet to explore the many paths of drama, so I’d love to explore more of that side in the future.

As a role model for many women today, how do you wish to continue to motivate your female following?

That’s the biggest goal of mine for 2019, actually. I’ve been meditating on ways to speak to and inspire women from all over. I have a couple things in mind, but what I will say is that my biggest piece of advice is to understand that being a woman makes you unstoppable. Feeling empowered to be a woman is one of the greatest gifts you can give yourself, and do not let anyone tell you otherwise.

What can we expect to see from Danielle Rose Russell in the future?

Expect some more badass episodes of Legacies, getting to know me a little more and the things that I’m ready to use my voice for. As for the rest, well… you’ll just have to wait and see!

‘Legacies’ will return to the CW on January 24. Stream the midseason finale now here.