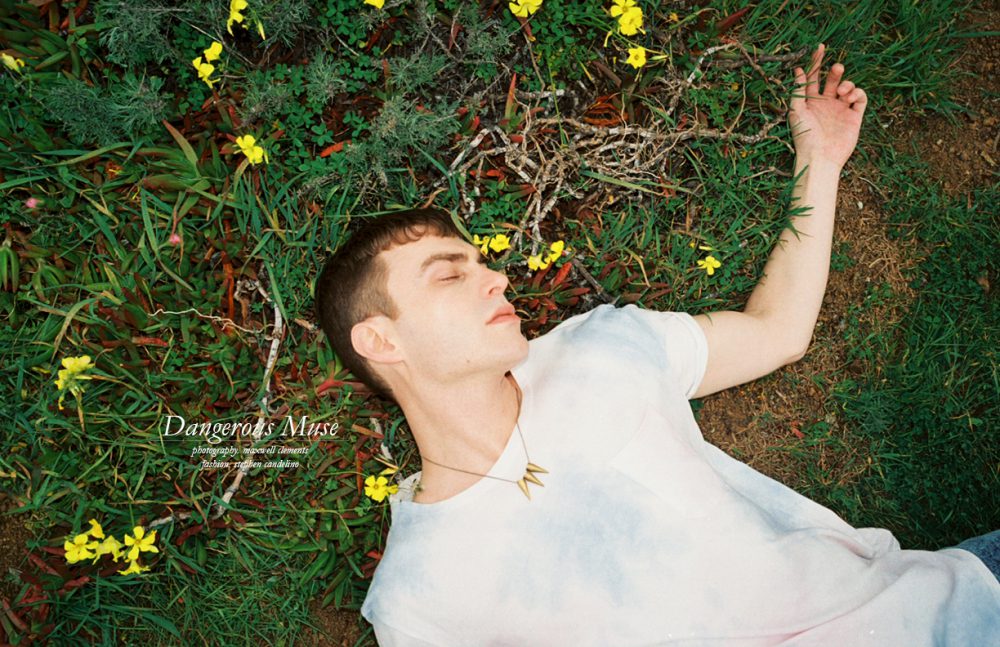 Dangerous Muse’s first LP, Electric Eternity, was released this Spring, shooting up almost immediately to a much-coveted #4 spot on the iTunes electronic charts, a dream for any independent artist. “Years of hard work and musical collaboration went into making this album, and to know that people are listening to the songs and enjoying them means everything to me,” says the NYC-based Mike Furey, the artist behind the moniker. Being completely independent and self-released means that the electronic pop dance album is a thoughtful and authentic labour of love.

Since 2005, Dangerous Muse have been making and releasing music, and quietly (or not so quietly) filling dance floors, which has given them quite the following. In just a few words, Furey describes Electric Eternity simply as “future, retro vibes,” on the surface, but it goes a lot deeper than that. “‘Electric’ refers to the synthesizers, guitars, and drum machines on the album, its digital format, and our relationship with technology. But on the other hand, it’s a reference to the electricity of our bodies,” he explains. “We hear something beautiful and the hair on the back of our neck stands up; we discover new things and synapses fire in our brains like mini bolts of lightning; we fall in love and chemistry courses through our veins like a live wire. Music—and the feeling it gives us—plays on long after we are gone, through records. Electric Eternity represents this other-dimensional realm where music lives.” 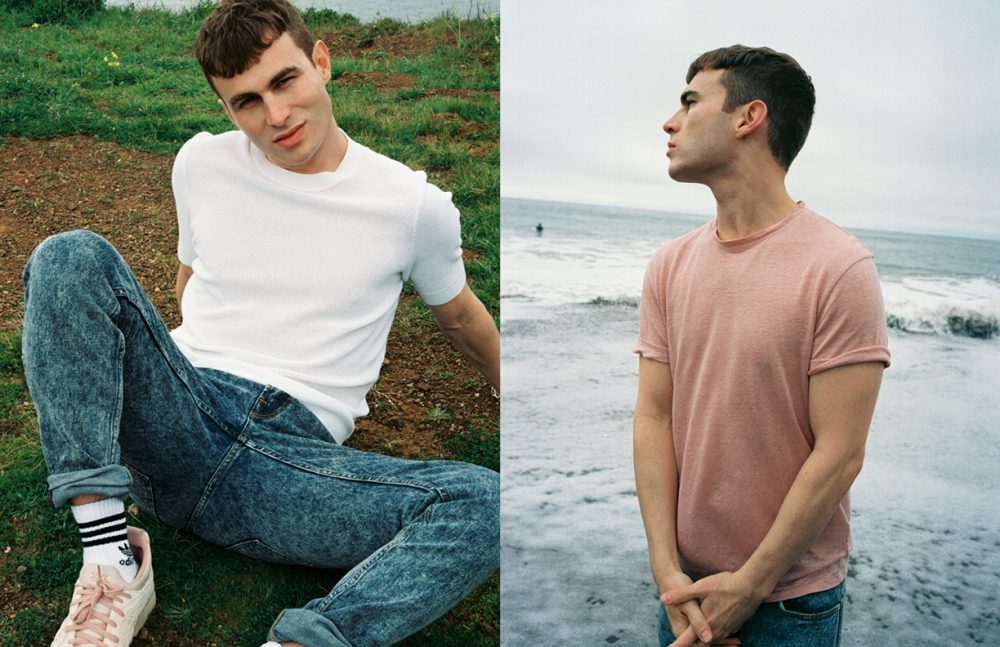 Prior to their LP release, Dangerous Muse have spent the last few months doing the footwork on tour whilst supporting synth-pop group Erasure on a memorable US tour, and recently played their own debut show in London. “Our tour [in support of Erasure] tops the list, especially playing in San Antonio’s new opera house (Tobin Center for the Performing Arts). But my favourite experience in the United States was performing at the Art Museum of The Americas in Washington, DC. Our stage was located in the triangle of space between the White House, Lincoln Memorial, and Washington Monument. We let off coloured smoke bombs and the Secret Service flanked the stage but they let us continue. It was wild!”

For electronic musicians, live shows and performance often go hand in hand. But for Furey, the songwriting process is just as important as the beats and melodies. “It’s a kind of therapy. If I am feeling frustrated or sad, I try to give my thoughts a melody and a beat to transform them into something positive. Getting in tune with my emotions and not being afraid to share them is how I hope to connect with people—especially those who may be feeling similarly but don’t have a way to express it. This album explores my search for meaningful relationships while living in New York City and travelling.” 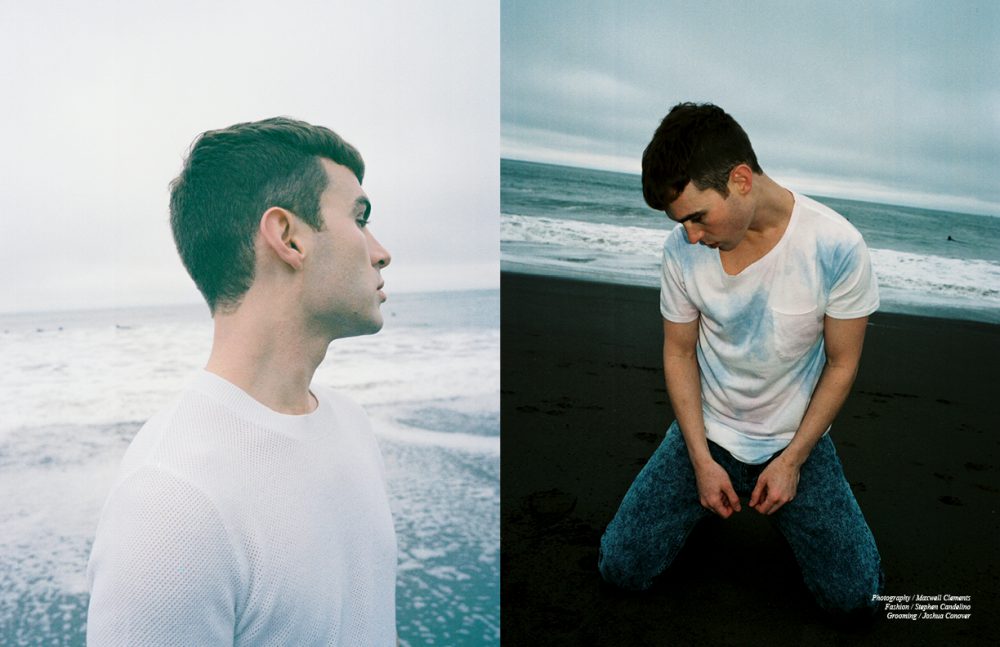 Influenced by a range of electronic groups such as Depeche Mode, Tears For Fears, and Echo & The Bunnymen, Dangerous Muse’s album takes you on a journey of genres and energies, with subtle nods to Nine Inch Nails, Smashing Pumpkins, and even Madonna. Furey’s sound has evolved from his days in his college dorm writing music “I started writing electronic music to contribute to the electro-clash culture in downtown New York but then found myself diving deeper, writing songs meant for a more intimate setting,” Furey adds that the album is not just for one type of listener. “I think that the album shows a lot of different sides and takes you on a journey. It’s meant to be experienced as one large gesture.” He notes that working closely with producers and collaborators has helped shift his sound.

“I remember writing Mr. StrangeLove on the plane home from Germany, after shooting a scene for the film House of Boys. There’s something about the hum of the inside of the cabin that compels me to write. But I also find myself working out lyrics on the street, bouncing melodies off the sounds of the city. I remember coming up with the chorus for Goodbye, Goodnight after exiting a subway station in midtown New York and a verse for the song X-Ray while crossing metal grating on a bridge into Brooklyn. So there are very real physical connections to New York on this album.” In comparison to Furey’s previous work, Electric Eternity is “more layered – musically and lyrically.” Noting this musical shift in his career, he explains that “previous EPs were more minimal. I wanted to push things bigger production-wise and to have the album reflect our live shows,” he recounts, discussing how collaborations with guitarist Ray Suhy and producer David Sisko, as well as producers Blazing Lazer and Bruno Coviello, allowed him to do that.

Dangerous Muse may be ready to excite fans and cause a stir on their upcoming tours, but just as much, Furey aims to use his growing platform to say something about the issues that are important to him. “LGBTQ rights and sex education are crucial issues to me. It’s so important for us to be aware of our history and the people who have given their lives to fight for our rights. The fight is never over.” And maybe thats what Electric Eternity is all about.