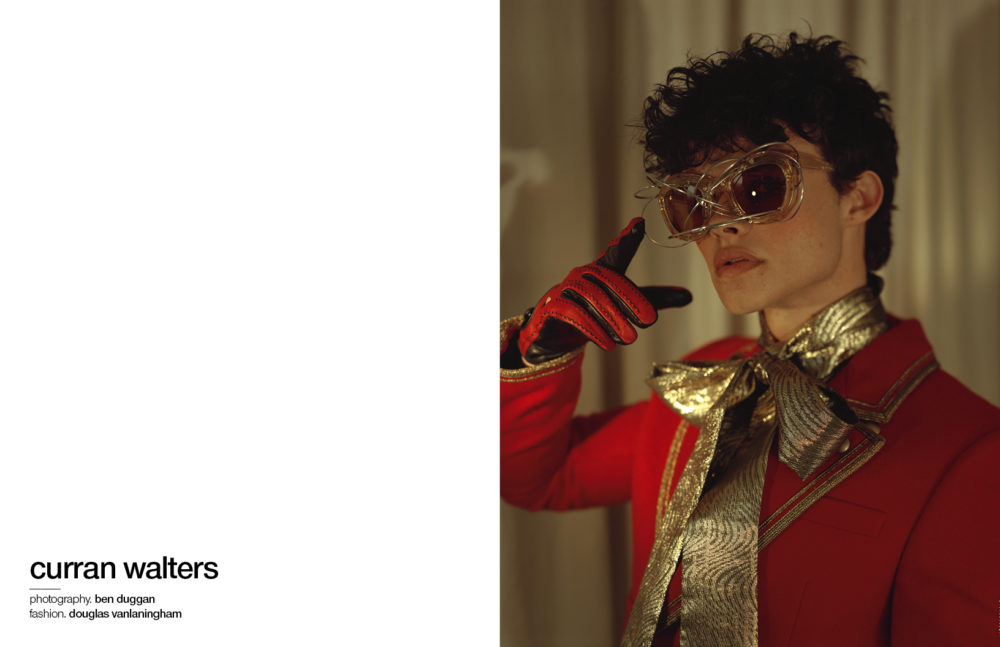 Taking on the role of an already beloved character is no easy feat for an actor. Add to that the mounting pressure of bringing to life a comic book character that has never before been portrayed in a live-action adaptation and you’ve got an all-time high of expectations. The pressure was at max capacity when rising star Curran Walters took on the multi-faceted role of Jason Todd (aka. the second coming of Robin) in DC Universe’s Titans series in 2018. To his credit, the fans evidently loved it.

Titans has been renewed for a third season and Walters has reprised the role of Todd in Supergirl, another of the DC Universe’s hugely successful shows. Fans may have had to wait longer than expected for new episodes, due to the COVID-19 pandemic, but Schön! caught up with the actor to find out what he’s been watching as he waits to resume filming, how he got into character, and what his ideal superpower would be.

You play Jason Todd (aka. Robin) in both Titans and Supergirl, and will also reprise the role in Legends of Tomorrow. Did you grow up with an interest in superheroes, and if so, who was your favourite, and why?

I think growing up as a kid, everyone at some point in their life has dreamt of playing a superhero, so of course! This was an absolute honour to get the opportunity to play Jason Todd and I am still so thankful. Growing up I loved Spiderman, as a young kid, he was just so cool to me. I honestly think all superheroes are so cool in their own unique ways. 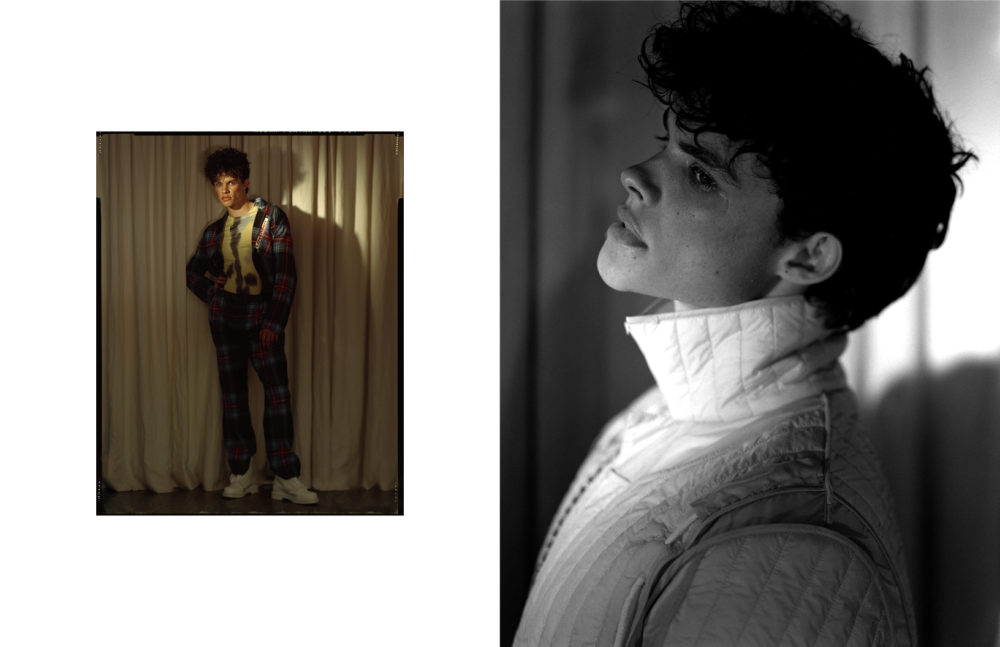 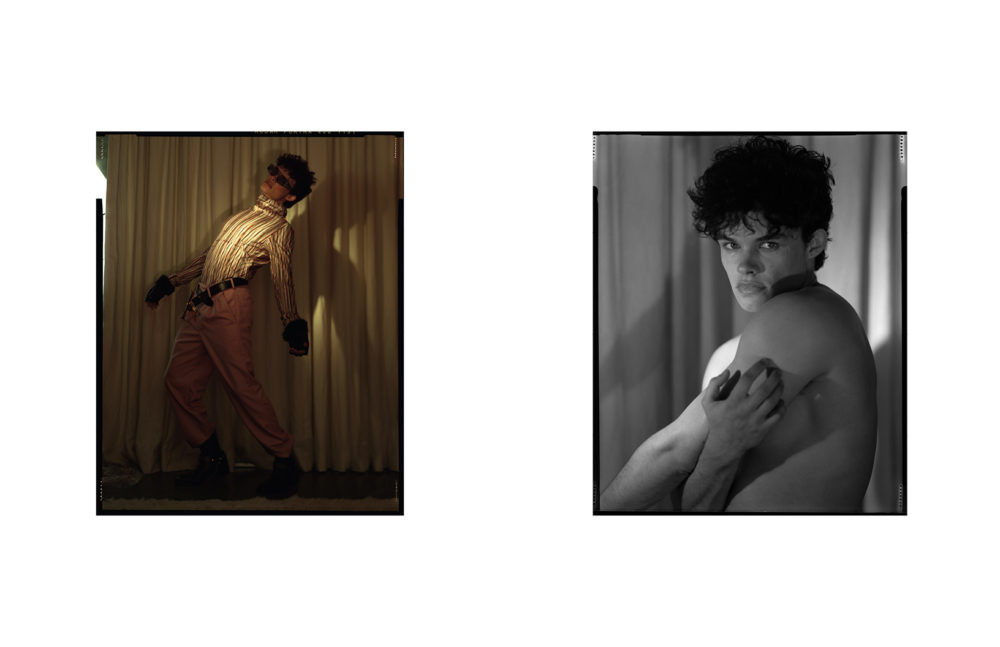 How did you land your role and how did it make you feel?

Funny story actually, I had one audition and was supposed to have a callback. They ended up cancelling the callbacks and within a few days I booked the job, so it was a euphoric feeling booking a series regular let alone a superhero having only done one audition. I honestly felt so amazing, I was just so thankful to be given the opportunity to show the world what I could do with the role of Jason Todd.

How did you prepare for the role? Were you already familiar with the character from previous shows and comic books, or did you read the comic books to get into character?

I was not familiar with Jason Todd specifically. After I booked the role, I only had a small amount of time to prepare and get into character. I went to all the local comic book stores and grabbed everything I could find in relation to Jason or his origin story. I also have watched Under The Red Hood so many times. Not only is it a classic but it gave me some great insight into Jason’s story. I am still studying anything I can find to this day. This is a character that will forever hold a special place in my heart. 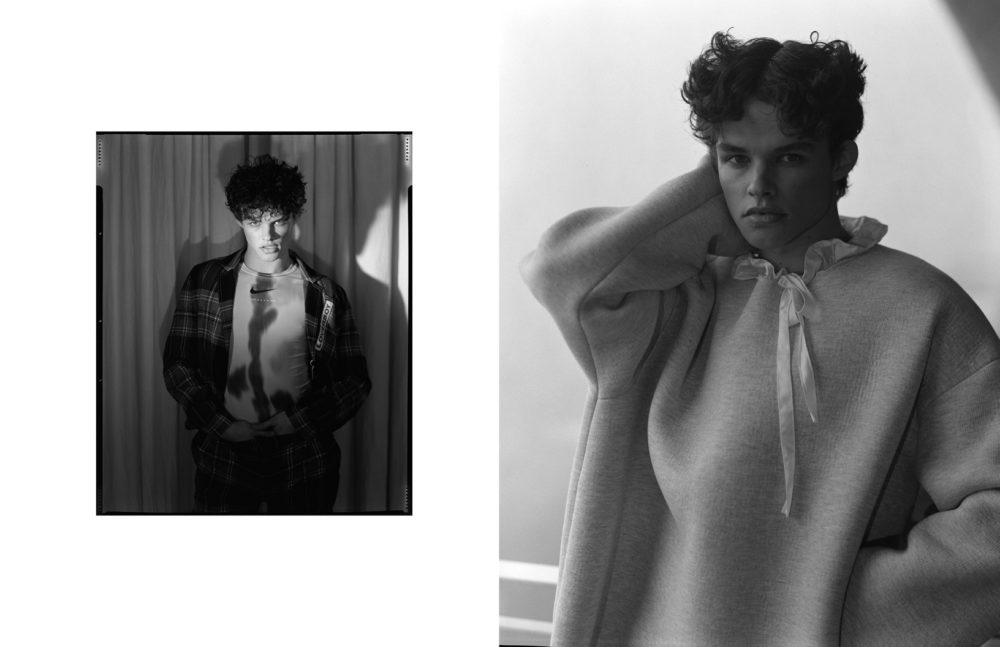 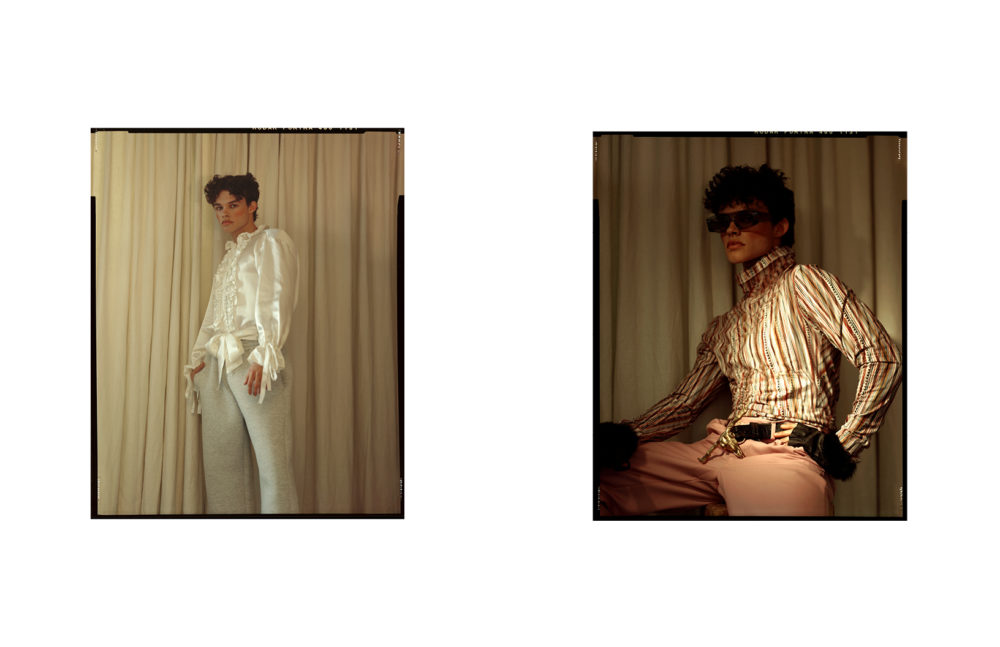 Did you feel any pressure taking on such an iconic character with a devoted fan base?

I think, as an actor, whenever you have to play a certain character it is a natural feeling to feel pressure when taking on the role. I look at it as, if you aren’t nervous or feel pressure, then you don’t care enough. I put my heart into everything I do with my craft, so of course, this was a very important role for me. At first, I felt very pressured especially since the character had never been played in live-action before, but as time went on I became more confident. I figured that I am going to do my best at portraying the iconic version of Jason Todd but also giving the character my own twist. There will always be people who love your performance and people who don’t agree, that is just the nature of this industry which I love, it makes me a better actor. I think the fans loved what I did, and I am so happy.

Superhero roles usually require some pretty intense stunts. Did you get any training in that and if so, is there a cool skill you picked up from it?

Training for this show was one of my favorite experiences by far. I have never had to do this for any other project so experiencing this training for the first time was incredible. The stunt team was so welcoming and made me feel right at home. The team and I spent weeks of training before production began. I would say the coolest thing I have learned from this would have to be the sword training. It was such a unique experience since I have never picked up a sword, and will always be something I cherish for the rest of my life.

Robin is a superhero who doesn’t actually have a superpower. If you could choose one, what would yours be?

If I had to choose one superpower I would probably have to choose invisibility or mindreading. I think any superpower in its own way would be very cool to have.

What is the most challenging part of playing Robin? And the most rewarding?

I would have to say the most rewarding and challenging would be exploring his vulnerabilities. As comic book fans know, he has a dark past, and being able to tap into those vulnerabilities at times is challenging but very rewarding. This show gave me the chance to tap into certain emotions and I have learned a lot about myself as an actor which has helped me off the screen as well. It is also rewarding to be able to give the fans what they want to see and to receive such positive feedback.

Were you always interested in acting or did that come as a natural extension of your modelling career?

It came pretty naturally after modelling, to be honest. When I was young it really was not even something I considered, but this career just kind of naturally came to me and I immediately fell in love. I think that’s what makes my career so special to me, it is like it almost found me. I am a big believer that you should do what you want in your life, and whatever makes you feel most alive. This is what I will be doing for the rest of my life, and I am so excited to see what the future holds.

You’ve worked alongside some pretty major figures in Hollywood. Have you been starstruck by anyone?

I would like to think I keep my cool and internally experience being starstruck. I would be lying if I said no, so yes I have met some pretty amazing people in this industry on both sides of the camera. When I worked on 20th Century Women I was pretty young at the time and new to my acting career, but now when I look back and see that I got the chance to work with Elle Fanning and had the opportunity to meet Annette Bening, it is pretty incredible. I did a show called Too Close to Home and I remember during the callbacks I walked into a huge auditorium-like room and it was dead silent with Tyler Perry sitting right in front of me holding my headshot. This was definitely a moment in my career where I was starstruck, but I did a good job of keeping my cool. Tyler Perry is one of the most genuine people I have met in this industry, and we still keep contact to this day. In season two of Titans, I had the absolute pleasure to be directed by Akiva Goldsman, and this was truly an honor. Akiva is an icon in Hollywood, and to be able to work with someone so talented and humble was an exhilarating experience. 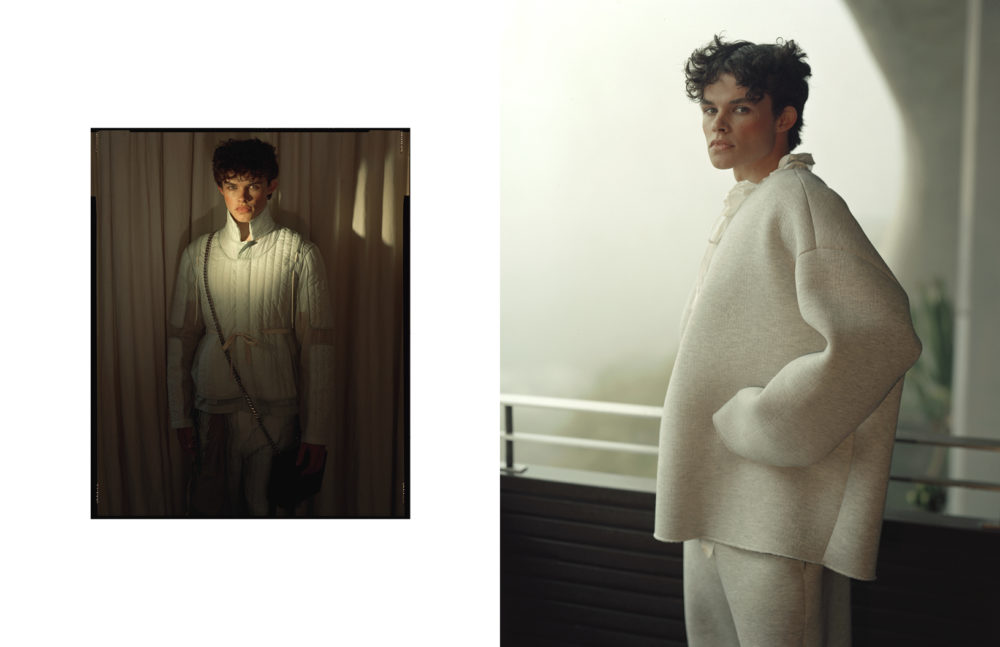 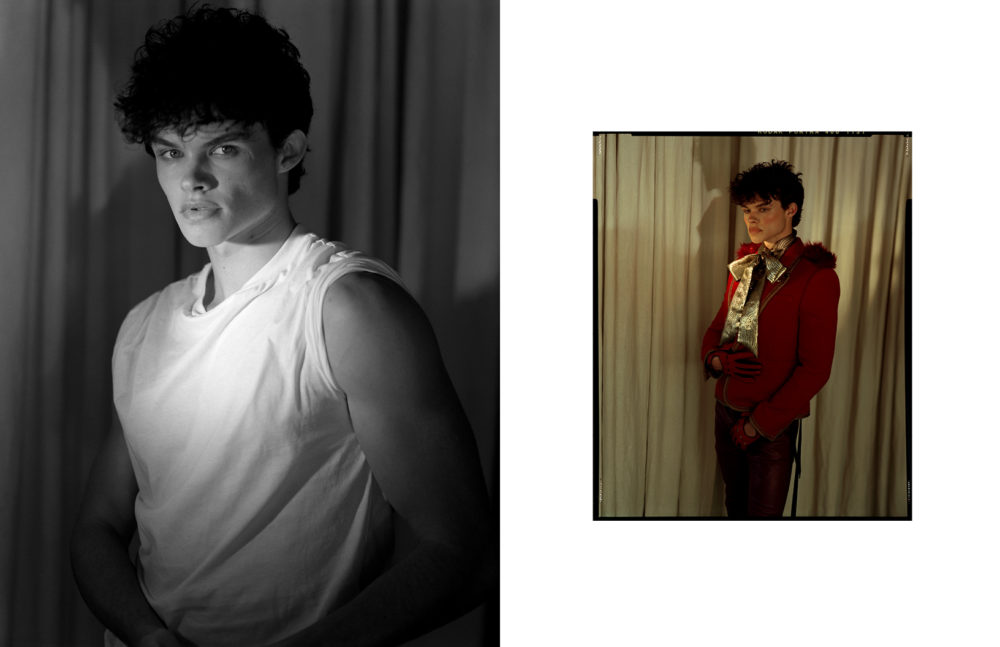 Apart from your own series, what else is your social distancing watch list?

I could make a never-ending list, but I will keep it short and sweet. Since I am home I have been watching Ozark, What’s Eating Gilbert Grape, The Perks of Being a Wallflower, Jojo Rabbit, and Fleabag.

What projects would be on your dream bucket list?

I would love to have a similar career to Leonardo DiCaprio, as this is a person I have always looked up to. I believe that all his movies have given him the opportunity to express what we can do as an actor in different ways. I would love to land something that lets me explore more of my emotions and to be vulnerable. Someone I admire immensely right now is Timothée Chalamet, and the projects he has chosen in the past few years would definitely be on my bucket list. I would love to star in an A24 film or do a similar movie to Beautiful Boy, Titanic, Basketball Diaries, and The Perks of Being a Wallflower. For me, what is most rewarding in my work is getting some sort of message across to the audience that they can relate to or feel when they are done watching.

My plans so far are just to continue filming Titans, and to keep working hard. For me, I believe in staying focused, working on my craft, and never giving up. I would love to star in a feature film. 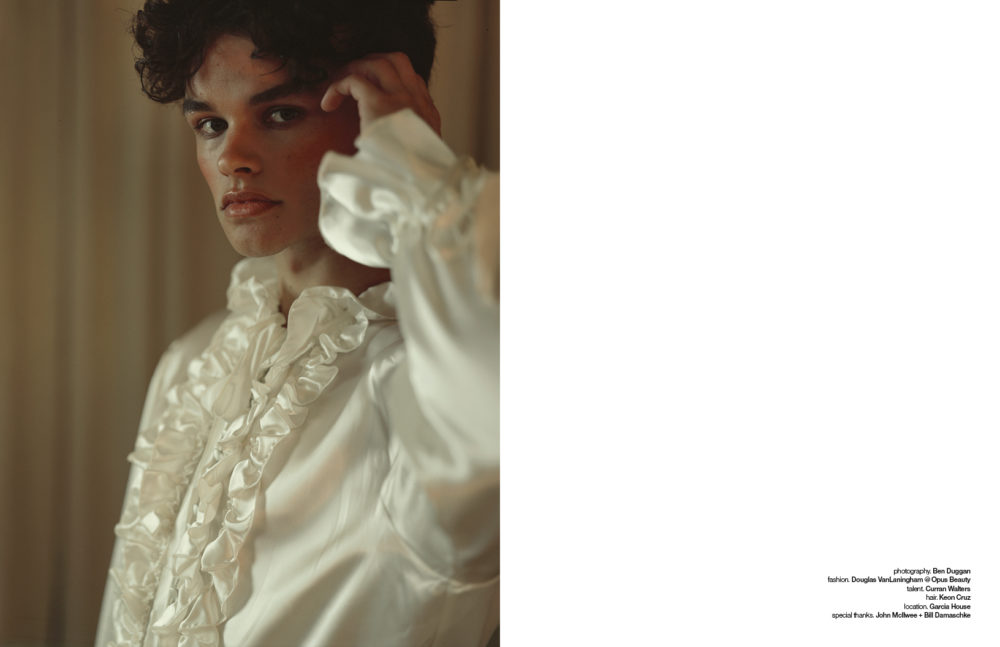