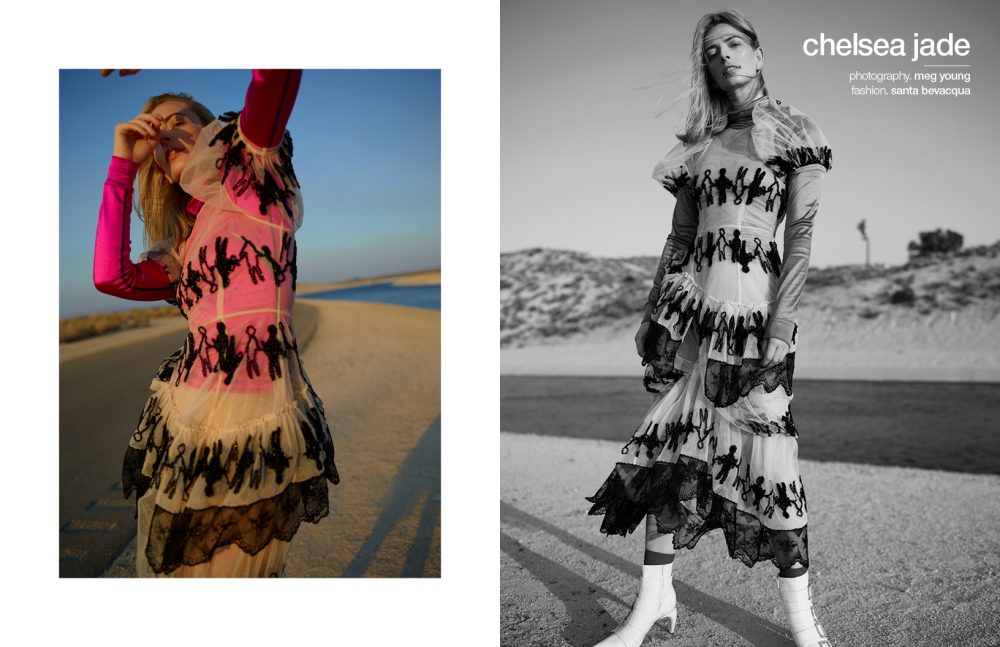 New Zealand’s very own singer-songwriter, Chelsea Jade Metcalf has taken the music industry by storm with her incredible debut album, Personal Best. The pop album is entirely ingenious due to its simultaneous melancholy and uplifting nature. Having previously adopted the moniker “Watercolours”, under which she won the New Zealand Music Awards Critic’s Choice Prize in 2012, Jade has since made her the conscious decision to use her real name. “Using my real name feels like making direct eye contact,” the artist expresses. “A moniker causes the eye to dart around. I’d rather enjoy the intimacy over keeping everyone at arm’s length”. This has undoubtedly succeeded as Jade’s music is more direct and authentic than ever.

The South African-born songstress discloses that the inspiration behind the name album resides in the “athleticism that it implies, where your only competition is yourself”. She continues, describing that “The album is about being omnipresent in your own life — what is the best and worst of what you can see? You have to acknowledge everything to move closer to where you want to be.” Moreover, the unconventional pop star emphasises that “being yourself is a brutal sport” and that she aspires to be “an Olympiad at it.” 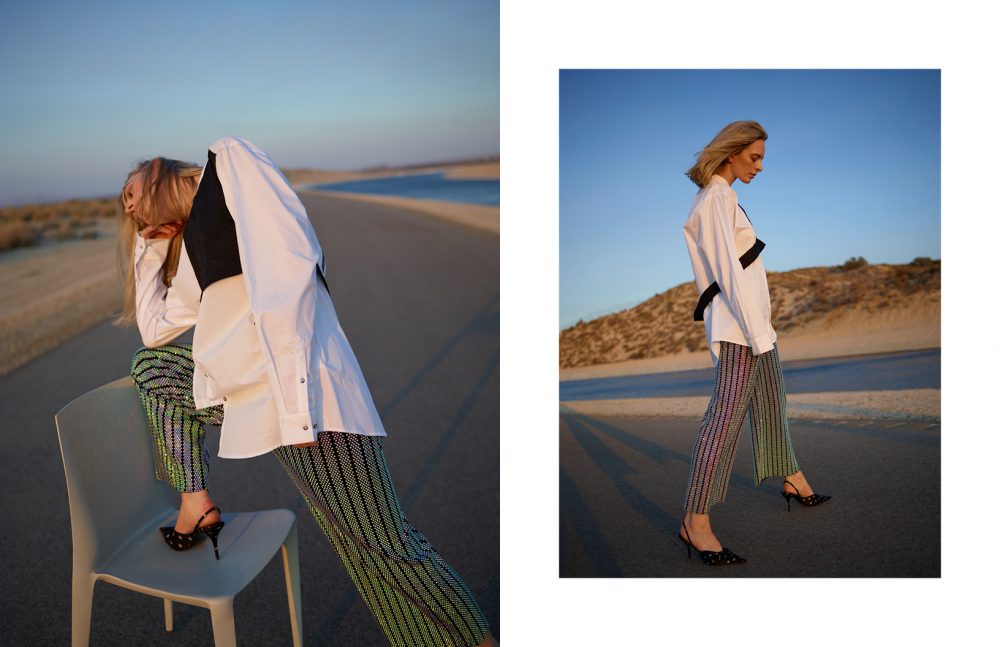 Personal Best’s cover features Jade leaning and holding onto herself, whilst both versions of her are dressed in a dark blue jumper. When asked what the inspiration was behind the album cover, Jade exclaims “team sports!” She then explains that “I started with a series of single covers made up of me interacting with another version of myself — always with my face obscured. It amounted to a family photo album but all of the memories are just me getting to know myself better.” She summarises that “the cover art is the apex of that idea. A portrait of me on my own team, eyes front, as if to invite the listener to play.”

Jade reveals that ‘Perfect Stranger’ is her favourite song on the album as she resonates with it the most, describing that it “was like an easy revelation.” She explains that this song, in particular, was seemingly innate as it “just tumbled out complete and arranged, all at once.”  Jade describes the song was both meaningful and sentimental as a result of it being about experiencing “a swirl of desperate jealousy.” 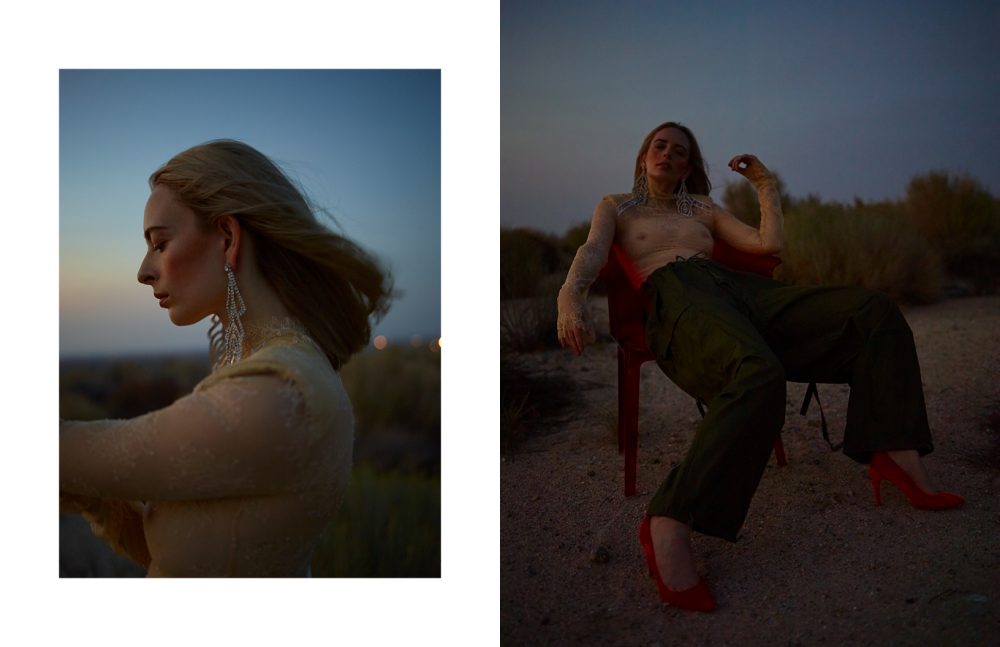 “I used to be an extremely jealous lover and the stress of it nearly sank me,” the contemporary artist confesses. “After a particularly potent episode, I decided to actively work my way out of that ugly mindset. It was so difficult. Then suddenly, this song came with ease and I knew I had achieved a healthy distance from those terrible feelings. I can only ever write something true while I’m luxuriating in perspective”. Jade admits that this wonderfully profound song reminds her of how far she has come, “without forgetting what it’s like to be in the thick of it.”

As an established songwriter having recently co-written The Chainsmokers‘ hit ‘You Owe Me’ as well as her own music, she details that songwriting is “the absolute nucleus”. ” I am very particular about lyrics and not in the habit of cracking the window to let anyone else’s voice in,” she poetically expresses. “Every song is like twisting the colours of a Rubix cube – if I let anybody else take a turn, I lose sense of where I am in the strategy. When I’m working with somebody on the composition/production side, it’s different. It’s shared intimacy. All hands, everywhere”. 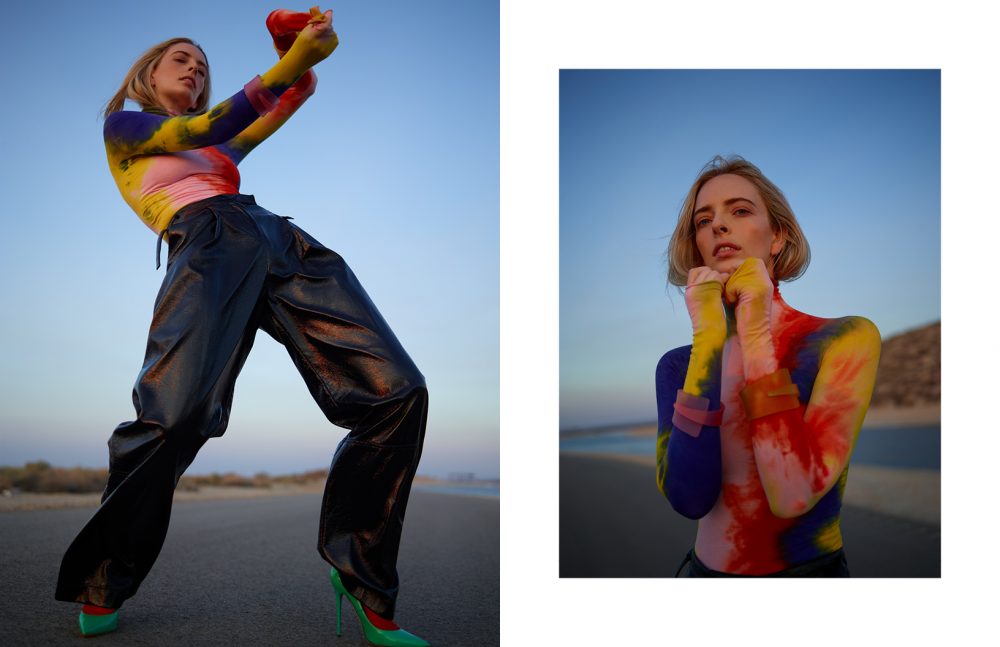 With such enviable talent, it is understandable to be curious as to what motivates her to continue to write music and share it with the world. “Music is such a malleable medium to make sense of painful moments,” Jade eloquently responds. “To blow everything out of proportion to no one’s detriment is divine motivation.” When it comes to drawing inspiration for the songs themselves, the awe-inspiring songstress wonderfully reveals that she is inspired by “little amusements. Beautiful boys. Excellent women. Bad habits. Good taste”.

Having surpassed one million streams on Spotify and with almost one million views on YouTube, Jade’s first single of 2018, ‘Laugh it Off’, tells of rising above what aggravates us by doing just as the song title says; laughing it off. The uplifting song conveys a powerful message of not letting anything bother you, whilst maintaining a catchy beat and peaceful tone that makes you want to exploit the replay button endlessly. 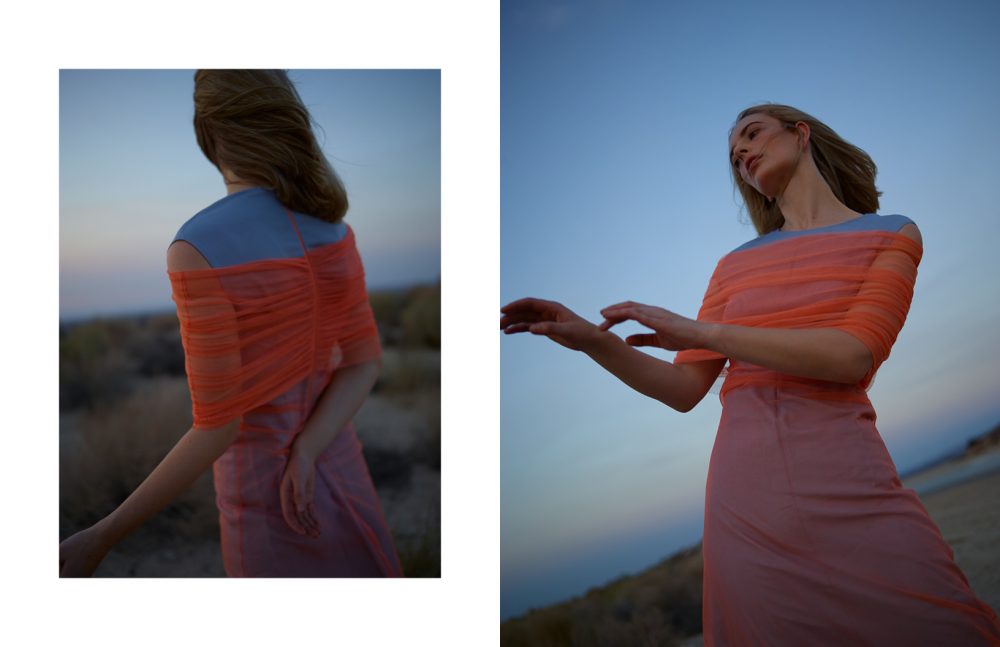 The music video juxtaposes a serene scene of singing outside a car window, with playful facial expressions from Jade who reveals the music video came about because of her embarrassment of not being able to drive. She explains that “it’s become a long-standing personal defect of mine that has somehow also afforded me the luxury of always being ferried around like I’m someone special. That sense of majesty in the mundane is so amusing to me and my relationship with driving feels like the perfect delusion of grandeur to commit to film. Then director Alexander Gandar and I got to talking about this tunnel in my hometown and how everybody was so enamoured with it for simply improving a commute.” Jade states that her lack of a driving license resulted in them driving through the tunnel all night, which she explains was purposed “to immortalize both my brattiness and the loft of the tunnel.” 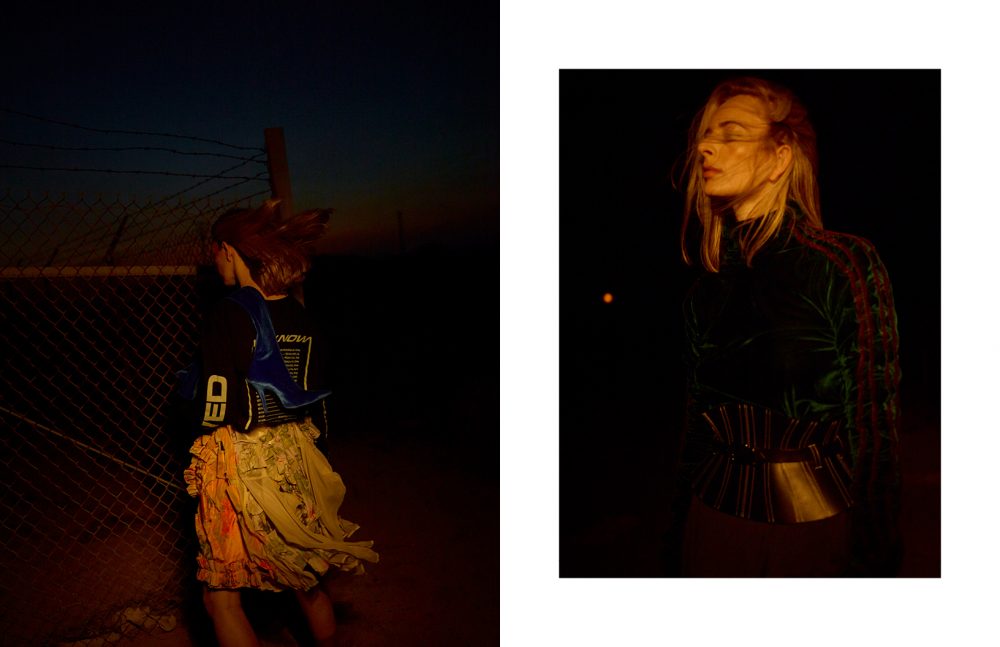 But before fully committing to her passion for music, Jade expressed her artistic proficiency by attending an art school which she professes was “to learn to think laterally. Plain and simple.” The New Zealand native who has found a friend (and fan) in the acclaimed hit-maker Lorde, only made the bold move to L.A. in recent years. “The appeal of Los Angeles is that it is unknowable to me,” she asserts. “The volume of minutiae is absurd. I will never get to the bottom of it. That’s why it’s so exciting. Recently, a friend asked if I had ever driven from one end of Sunset to the other and took me for a drive. I lay back and saw the tops of all the buildings and the decaying palms cruise by for a long time. A new clean angle on a dirty, low down city. It made me feel like everything is art when you see it for the first time. L.A. lets me see like new every day.” 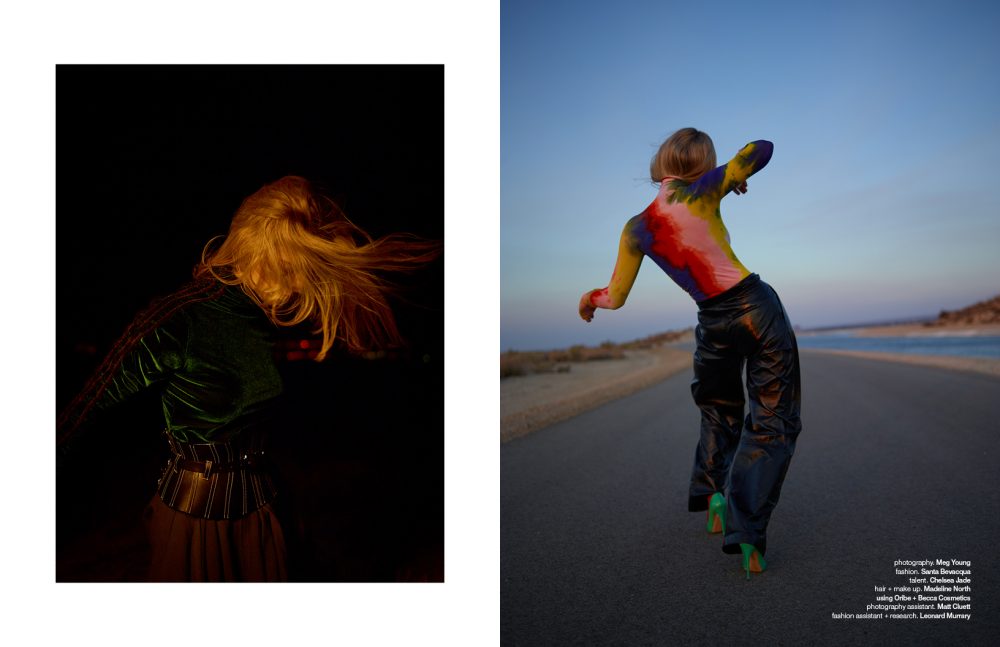 Now fully immersed in the L.A. music scene, the fascinating singer hopes to collaborate with the “absolutely pristine but funny as all hell” Lykke Li; as she confesses that pop music appeals to her because “[its] provocation is to become one half of a Venn diagram with anybody who hears it. To illuminate where you cross over with a stranger,” Jade heartily expresses. “That is beautiful. I want to link arms with everybody and be corny in love.”

While we wait for these collaborations to come to fruition, it’s only natural to wonder what’s next for Jade Jade in 2018? She simply wishes to “go on a live show rampage”. Until then, we will continue to listen to her glorious debut album and appreciate her captivating lyrics and heavenly vocals.

‘Personal Best’ is out now. Listen to it here.