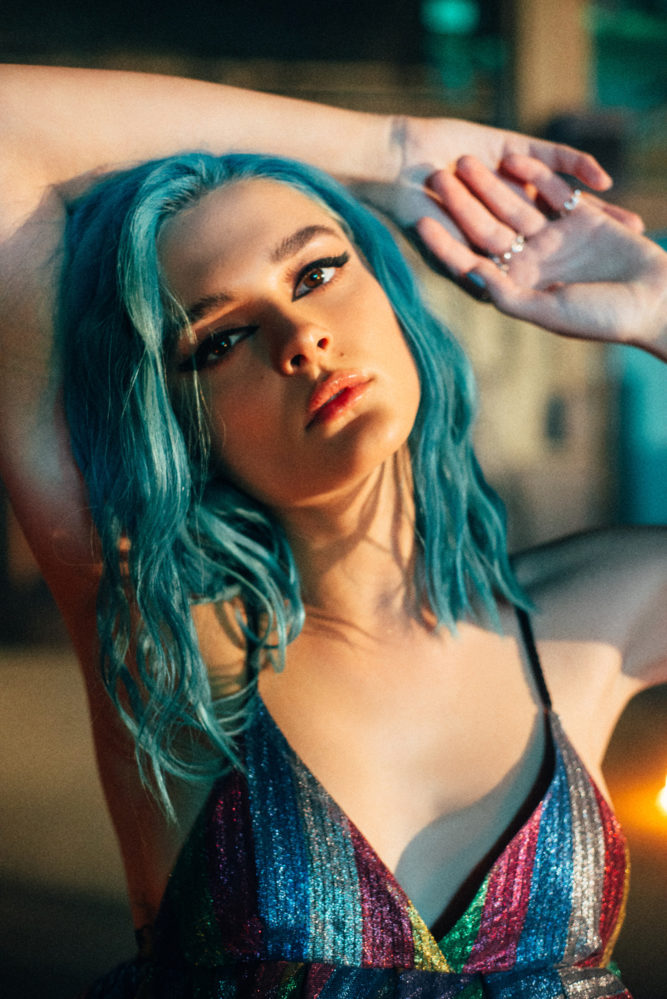 Reflecting on the previous decade, few have made it their own in the same way L.A. singer-songwriter Charlotte Lawrence has. By 2014, the songstress had already released her first single at the age of 13. Just two years later, she was performing at The Hollywood Bowl alongside The Dixie Chicks, and in 2018, she shared the stage with EDM legend Kaskade at Miami’s Ultra Music Festival, closing his set with their song “Cold As Stone” in front of 70,000 people.

Today, Lawrence has amassed millions of streams in the lead-up to her upcoming debut project on Atlantic Records and is featured on the soundtrack of the new Margot Robbie-led Birds of Prey. Lawrence’s new single, “Joke’s On You,” which officially premieres today, January 17, is not only part of the blockbuster’s OST but its main theme.

As the daughter of Scrubs’ creator Bill Lawrence and actress Christa Miller, Lawrence may be the offspring of showbiz royalty. However, she escapes her parents’ shadows through her lyricism, offering a sensitively grounded perspective on adolescence in L.A. and a powerfully empathetic portrait of the teenage experience. Here, Schön! catches up with Lawrence to discuss her creative process, her latest single and being on the Birds of Prey soundtrack.

Your new song “Joke’s on You” is on the soundtrack of Margot Robbie’s new Harley Quinn movie Birds of Prey. What’s the story behind this song?

It’s all about being a badass chick and not letting any guy get in the way.

How does it feel to be involved in such a big-scale Hollywood movie?

It’s such an honour! I grew up watching superhero movies — I love them so much.

“Joke’s on You” is to be the theme track of the movie. How does that make you feel? What were you doing when you heard the news?

Honestly one of the coolest parts of this whole process for me has been seeing my song among the work of so many other talented female musicians! I still can’t believe I was asked to be on this soundtrack. It’s all very surreal!

Your music often includes deeply personal themes. Was any part of you nervous about handing over one of your songs to be represented within someone else’s artistic vision? Do you ever worry about sharing too much?

I’ve been writing music since I was 10 years old; it’s my emotional outlet and as my career has grown it’s always a struggle figuring out how much of myself I want to pour out to the public.

On a more general note, what first sparked your desire to make music?

You grew up in L.A. How has this shaped you as an artist?

You grow up very fast in L.A., which can be a positive and a negative. I view it as a positive career-wise, it made me a better writer.

How has your music evolved over the years? Who are some inspirations that you feel were crucial to your growth as an artist?

I write how I feel. Whatever I’m feeling that day that’s what I write about. It’s therapy for me. My music evolves as I evolve as a person. There are so many! Bon Iver, The Red Hot Chili Peppers, Avril Lavigne, Phoebe Bridgers, Patti Smith…

What’s the most stimulating part of your creative process?

Without question the writing process. Whether it’s just me and a guitar or a room full of people I’ve met for the first time — I love it!

You found success during your teenage years, a time when most of us are just struggling to uncover our own identity, but you had to develop your artistic identity at the same time. How did these two journeys intertwine?

To me, it’s all the same. Our lives are constantly growing and changing. I’m just so thankful I’m able to express that through music.

Who have been your mentors? And how have they helped you?

My dad. “Be lucky to love what you do… and keep doing it until you stop loving it.” 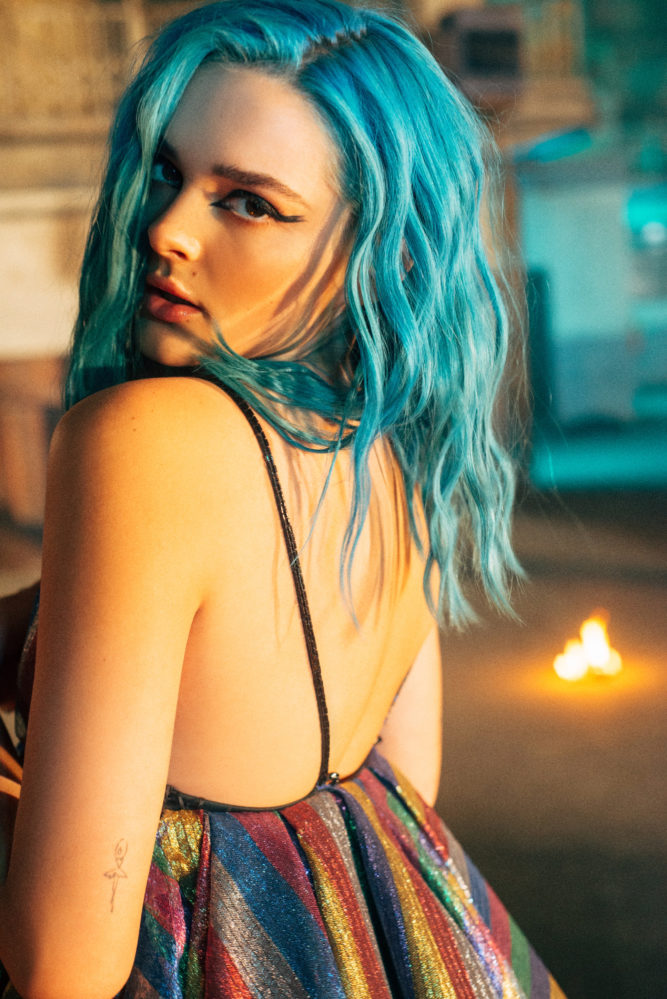