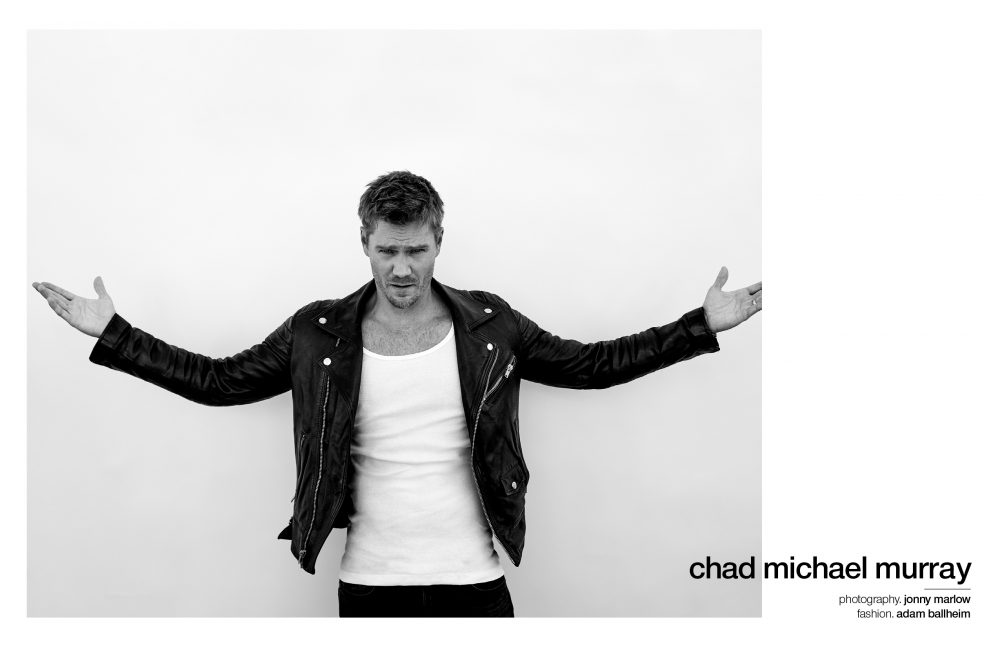 Chad Michael Murray truly needs no introduction, but we’ll give him one anyway. Hailing from New York, the 38-year-old actor has been a staple in American television ever since he first appeared as Lucas on the beloved One Tree Hill back in 2003.

Since then, Murray has never quite left the world of TV — with guest and main roles in projects such as Scream Queens, Star and Marvel’s Agent Carter. This year, he added The CW’s coveted Riverdale to his list portraying the villainous Edgar Evernever.

But to celebrate the holiday season, Murray has stepped into very different shoes for a new Hallmark movie, Write Before Christmas. Starring Murray and his One Tree Hill costar Torrey DeVitto, the festive film follows Jessica — a young woman who “gets dumped before Christmas. She sends 5 Christmas cards, affecting her BFF, brother, aunt, pop star, and past music/cello teacher, meeting her single, photographer son.” As Christmas looms closer, we caught up with Murray to discuss all about his latest festive flick, his role on Riverdale, and what 2020 has in store for him.

Write Before Christmas isn’t your first festive film. What made you want to take the part on this one specifically?

The script read so well. I loved the multiple storylines throughout the film. I felt an opportunity to bring this guy to life in a special way.

Do you enjoy watching holiday movies yourself this time of year?

OHHHHHH YEAH! It’s not Christmas until I finish It’s a Wonderful Life. Also, must-haves are Christmas Vacation, Home Alone and each animated movie I see.

What do you like most about Christmas films, whether it’d be recording them or watching them?

I love the nostalgia that they bring. Also, the majority just have positive warm messages to feel good during the season.

You’ve previously worked with Torrey DeVitto, who plays Jessica, on One Tree Hill. How was it getting to work with her again?

I loved going back to work with Torrey! It comforting to know you’ll be filming with a friend and you don’t need to worry about introductions, energies, etc.

The whole movies get set in motion with Jessica writing her Christmas cards. Are you a fan of writing cards/letters yourself?

I used to be… then we had kids. Sooooo… not so much these days 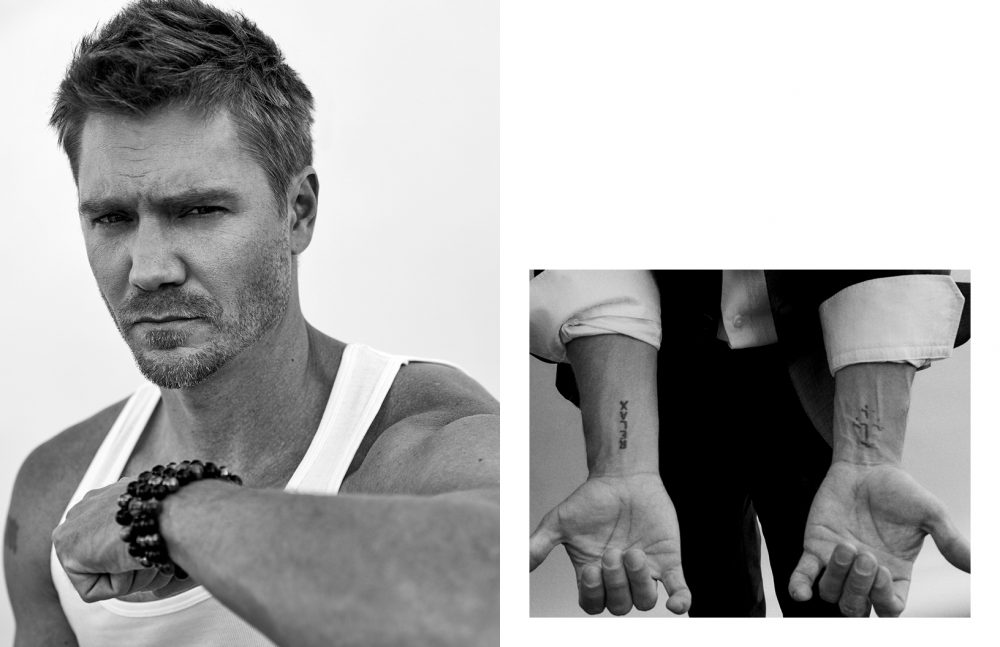 Off-screen, this holiday season, you’ve been promoting Toys for Joy. Can you give us a bit of background about the organization and the reason you decide to link up with them?

Toys for Joy is sponsored by the Rock Church in SD. Our family attends this church and have grown so much because of it. The things they do for the community never cease to amaze me. Toys for Joy helps those in need. There are so many people in this world who struggle financially. When you can donate gifts, food, time, or much-needed items such as toilet paper to those in need it can spread joy. Let’s all spread love and joy and give this holiday season.

Your most recent project took you back to TV. How was it playing the villan-esque Edgar Evernever on Riverdale?

I love Edgar! What a riot that was for me. Riverdale is so fantastical and it gives you an opportunity as an actor to just have fun. What a ride. Great cast, wonderful people, great creator in Roberto and an awesome fan base.

How did you prepare to get into the shoes of a cult leader?

As an actor, “cult leader” is one of those jobs you will typically say “YES” to. For me, I spent the majority of my work focusing on the psychology of his followers and then manufacturing different ways to convince each person that Edgar has their answers. You need to be heard as a leader and be convincing. It comes down to voice, eye contact, confidence, sympathy and comfort.

Edgar met his maker in the show, but according to Mädchen, that can only mean he’s definitely coming back. What do you have to say about that? Would you be doing for future cameos/twists?

I love the whole Riverdale crew and would jump back there in a heartbeat. Edgar is too fascinating to kill! I have a theory but I’ll save it for another time… 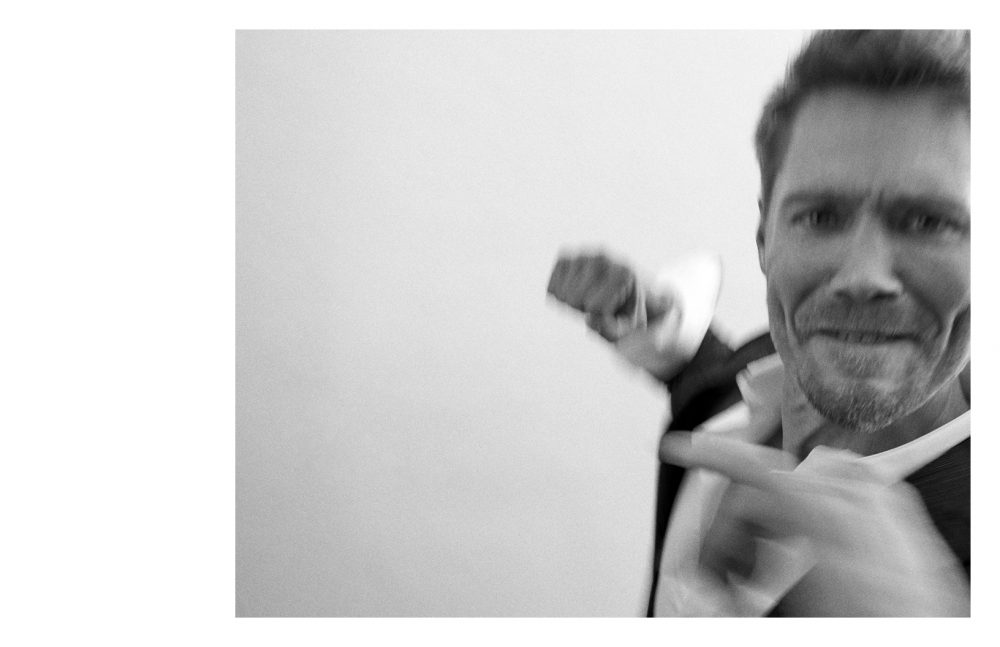 The whole Riverdale experience is immense, and you’ll be doing Comic-Con as part of it soon. Does it ever feel surreal that you’ll be part of this little universe forever now?

It’s an honour and always cool to be a part of something that brings joy to so many people. Even when you are a small part of a big world you get to feel a fraction of the energy fans get from the show. Roberto sculpted a great world and The CW was brave enough to take that experience to the public. It’s so well done from the top down. And honestly, you won’t find a kinder more genuine cast to support. They are salt of the earth.

You’ve done a bunch of film and TV in your career. Do you have a preference when it comes to the medium? Or is there a particular project you’ve felt most attached to?

The platforms for storytelling have changed so much over the 20 years I’ve been doing it and I’d have to say IT’S ALWAYS ABOUT STORY — well, 99% of the time. Do the story and character speak to you and do you feel you can do it justice?

Apart from acting, you’re also an author. Do you have anything in the pipeline on that front, or generally outside acting?

I’ve been so blessed to tell stories on so many different platforms. Currently, I’ve three scripts I’m taking to market that my writing partner and I wrote and are in love with. We shall see…

What are your plans for this Christmas and going into 2020?

SLEEEEEEEP! We’ve been living out of the suitcases so much the past year and a half and we’re so grateful for it but at the same time it’ll be nice to be in our home and get some much-needed rest. For 2020, let’s see… One of the scripts I mentioned is approaching a green light, but I’ll wait till we wrap to celebrate. Till then we shall take it as it comes. 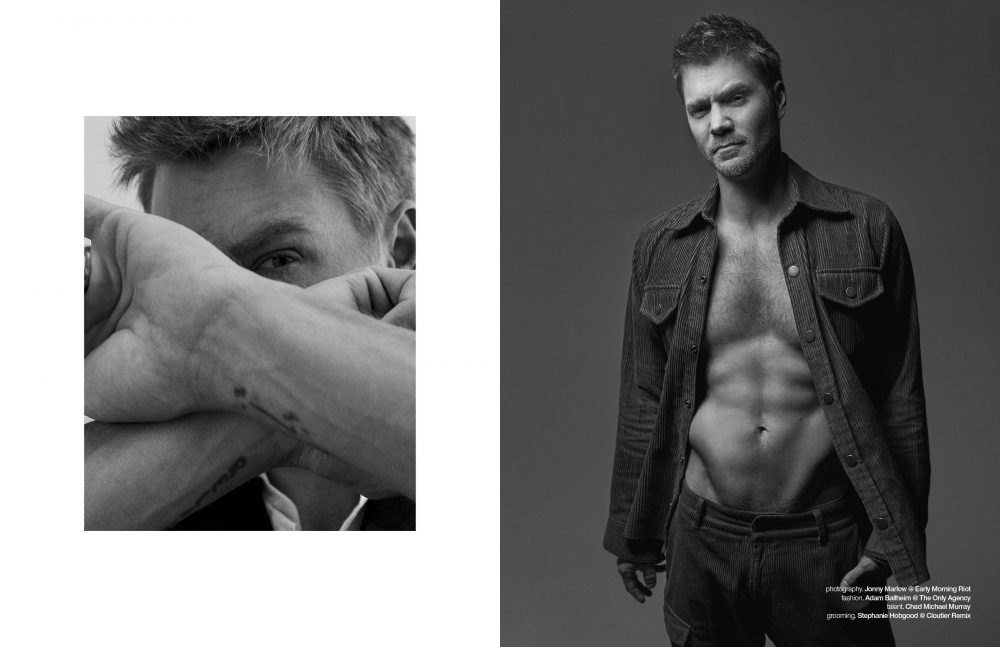