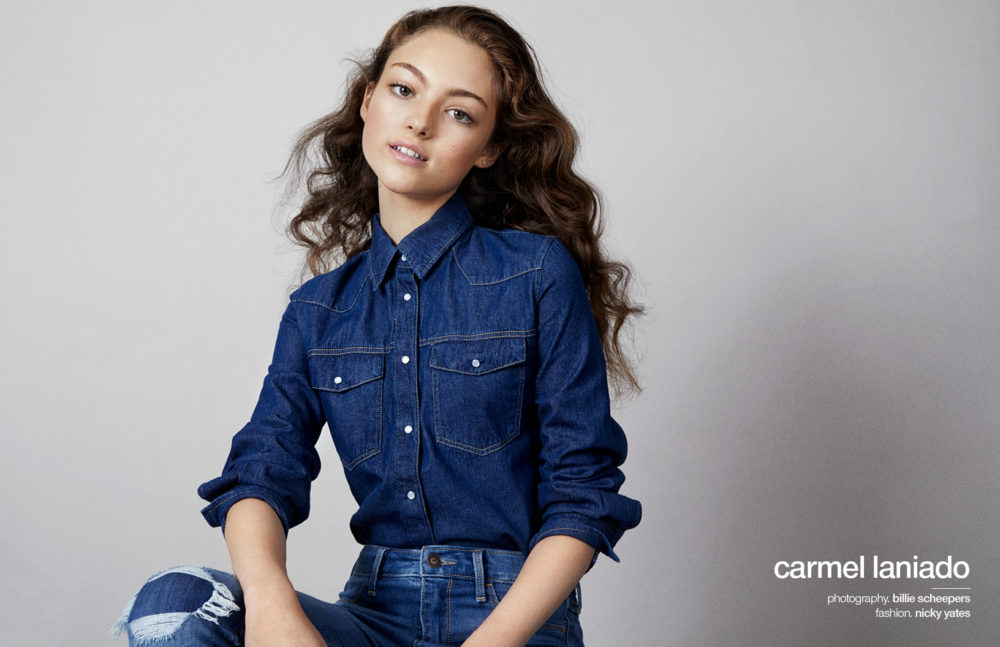 Carmel Laniado may be new to the limelight but her Hollywood debut is already turning heads. Storming onto the scene as an unknown, the 15-year-old British actor found her breakout role in Robert Downey Jr’s new film Dolittle, directed by academy-award winner Stephen Gaghan.

A childhood spent in the theatre and watching musicals is what first led Laniado to fall in love with the performing arts. Almost by fate, she landed the dream-role in Dolittle from her first-ever audition three years ago. The young actor has since nurtured a vibrant career, recently appearing in BBC/FX’s mini-series A Christmas Carol.

In Dolittle, Laniado plays Lady Rose, the ever-honest and dutiful lady in waiting to Queen Victoria, whom she means to save by seeking the help of the reclusive Dr. Dolittle, played by Downey Jr. himself. To celebrate the release of the film, Schön! caught up with Laniado to talk about her life-long dream of being an actress, how she connected with her character in Dolittle, and what it was like to work with Robert Downey Jr.

Did you always want to be an actress? Or was there a specific moment when you just knew it was your dream?

Being an actress had always been a huge aspiration of mine. My mum would always take me to films and theatre productions. I just fell in love with it all. I remember seeing the School of Rock theatre production for the first time – seeing all these kids performing and giving everything they’d got made me realise that I wanted to be part of that industry desperately. I had always loved acting but never realised that people were doing it for a living. As a child I always just expected that they were characters from a story, it hadn’t properly sunk in until the age of around 8 or so that people were doing it as a career.

What were you doing when you were told you’d got the part in Dolittle?

I had just gotten back from school and I overheard my dad whisper to my mum, “we have to tell her”. I had absolutely no idea if that meant I had got the role or not. In the end they told me the news and I couldn’t believe what my ears were hearing. I had a lump in my throat and just couldn’t stop crying, I had a gut feeling from the very beginning that I would connect with the role so I was thrilled that I was actually able to take part in such an incredible project. As it was my first audition I did not expect to get the role at all so I’m really thankful that the director Stephen Gaghan believed in me. 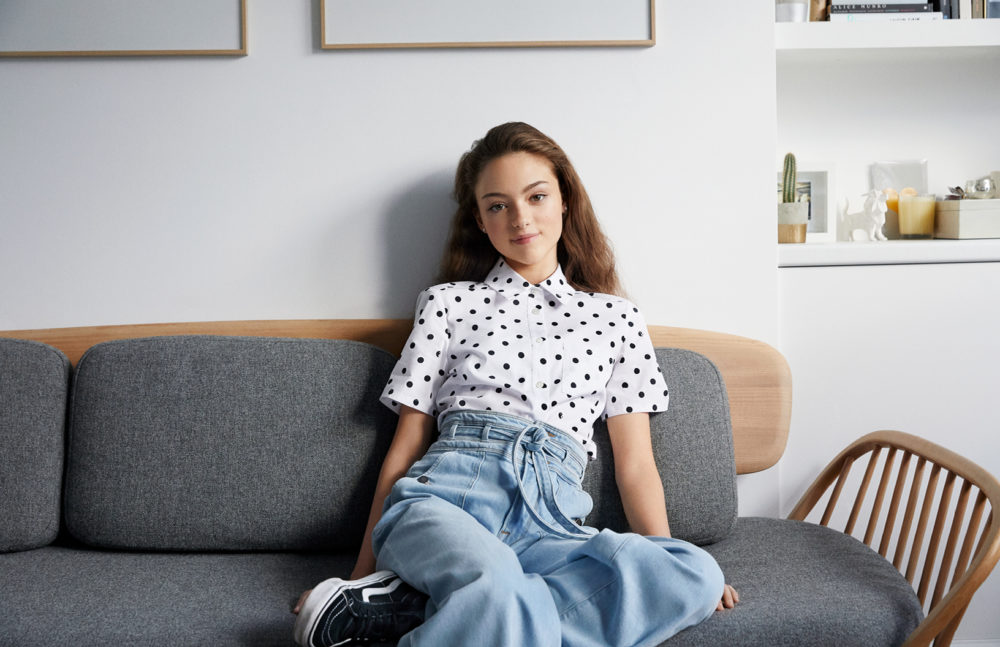 How did you celebrate?

I think we went out for dinner, but finding out I got the role was a celebration in itself!

Your co-star Harry Collett is a young British actor like yourself, and for both of you, this was your first big role in a Hollywood movie. Was it nice to have someone to share the experience with?

Definitely. It was so fun to be able to have someone who is very close to my age. We bonded so much and created memories that I will never forget. I felt like we really got to learn off each other and [it was] really reassuring to know that we were on the same boat in terms of experience. Not many people get to do what we did so [it was] great to have someone my age to talk to about it.

Was it scary to act opposite Robert Downey Jr? What did you like most and what were you most scared about the experience?

Not at all! You would think it would be really nerve-wracking to work with someone who has so much knowledge and is a big icon, but it was the complete opposite. He welcomed me with open arms from day one. From the moment action until the end of the scene I didn’t see him as Robert Downey Jr, I saw him as Doctor Dolittle. I really liked how creative and funny he was, but at the same time so down to earth and caring. He always made sure that Harry and I were comfortable and happy which really meant a lot to us. Robert really does have such a big heart, always valuing and listening to our opinions. He sees capabilities in people that others don’t. He also would invite us to have meals with him so we could bond off set as well as on set.

As well as RDJ there was a pretty star-heavy cast. Rami Malek, Michael Sheen, Antonio Banderas, Octavia Spencer, Tom Holland, Ralph Fiennes, Selena Gomez, to name a few. Who were you most excited to co-star alongside, and why?

Unfortunately, I didn’t have a chance to meet with any of the voice cast until we started the press tour, but I really love Rami Malek and Tom Holland. When I met them I was really star-struck just because I think they’re both unbelievably talented and I had looked up to them for so long.

What was the biggest lesson you learned from the experience?

The biggest lesson I learnt was definitely to just enjoy the process. I am very critical and analytical when I act, so I always wanted every scene to be perfect and I would get really upset if I thought I didn’t get it right. But as we went along I realised there’s no such thing as ‘getting it right’ and it’s all a learning process. You just need to take it step by step. Also, it was my first ever film so, of course, it isn’t perfect but it doesn’t need to be. If it was [perfect] there’d be no room for improvement, and what’s the fun in that? 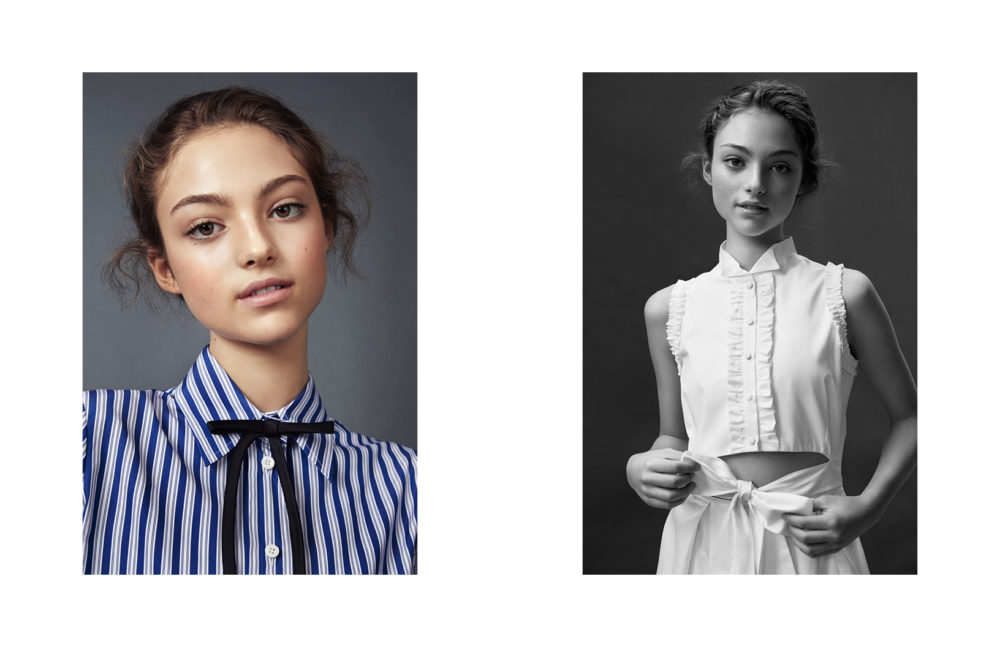 Did you have any fears about being involved in such a big movie?

At first, I was really scared. I would keep messing my lines over and over again, but I realised that it literally happens to everyone and it isn’t an issue at all. You just redo the scene or pick up from just before you messed up.

What traits do you feel you share with your character Lady Rose? How did you prepare for the role?

Lady Rose and I share many traits. Firstly, we are very determined. If we have a goal, we will not stop until we reach it. Secondly, Lady Rose is very observant. She tends to see things in people that others don’t and tries to be as accepting as possible. I try to do the same. I don’t believe that you should judge people from where they come from or what they look like. Thirdly, Lady Rose will do whatever it takes to help those in need. I have two younger sisters, so as the eldest, I always felt a certain responsibility over my siblings.

As soon as I got the role I did as much research as I possibly could about the royal family and what it was like to live at that time. I remember staying up really late watching documentaries and films so I would really be able to get into character. I also went to Kensington Palace with my Mum to try and soak in the atmosphere of it all. I remember walking into Queen Victoria’s play room. I was so taken aback. Seeing all of her dolls inside her dollhouse and thinking that this is probably where she had to spend most of her life as a child. I think it’s really powerful how [Lady Rose] chose to leave the palace, take the initiative and go to Dolittle’s house because she probably would have never even set foot outside the palace before then.

Are there any qualities you see in Lady Rose that you’d like to embody in your own life?

Lady Rose really believes in others. She instills so much confidence in Stubbins and really believes that he can do good in the world. I would like to continue to believe in others and give them the motivation to do whatever they want to do, especially my family and close friends. I will always be rooting for them and be there whenever they need me.

What do your friends think of your acting career?

I’m extremely lucky because my friends at school are all so supportive of the path I chose. They were over the moon for me when I told them. I know that it’s so important to stick with the people who actually care about you and want the best for you. 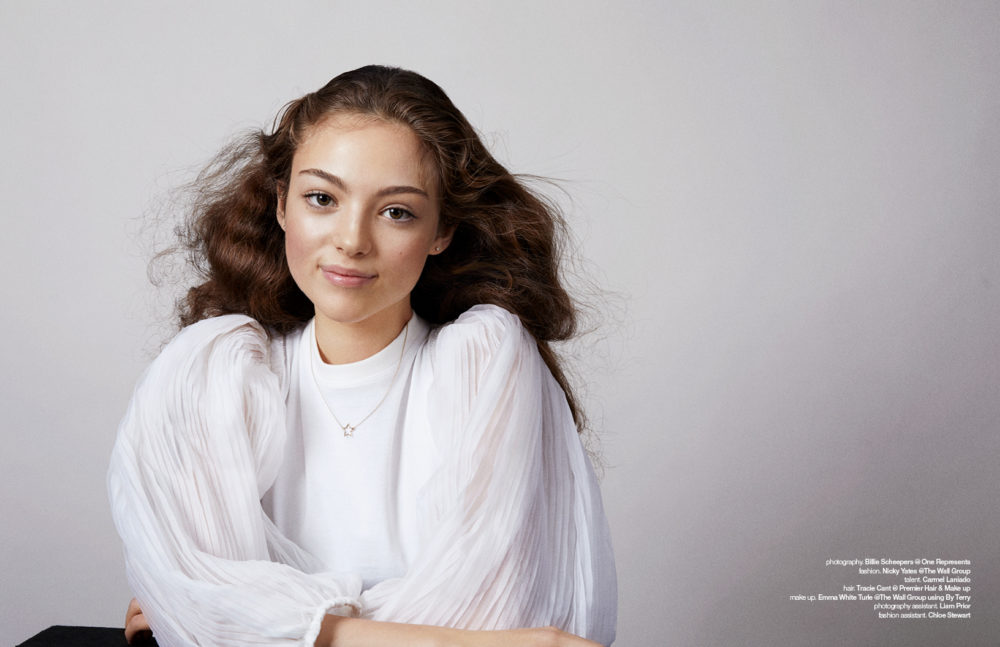 Did you have to miss any school to shoot Dolittle? Tell us a bit about your filming experience!

I had to miss quite a bit, but my school was so accepting and happy when I told them. I had a really lovely tutor on set called Janet who helped me with all my school work. It would be hard to go to tutoring as we would be in the middle of a scene that we’d want to concentrate on but instead we had to keep going in and out of tutoring. However, I’m really happy that we get to do both because I would never want to throw my education away.

If you weren’t an actress, what would you want to be doing?

If I weren’t an actress I would still love to do something with performing. I’m really into psychology so maybe I would go into that field as well, I’m not too sure.

You recently played a role in a BBC/FX mini-series adaptation of A Christmas Carol, which, like Dolittle is an adaptation of a classic. Do you research the original work when landing such roles? How?

I always do research on the original work and my role. I was really lucky because although they were both similar characters, they had completely different intentions. A Christmas Carol is much darker, so my character, Young Lottie, is much more ruthless and demanding. I really enjoyed playing both characters and I hope I’ll continue to play more diverse characters with depth and meaning because they’re the ones that really allow you to grow as an actor.

Who would be your dream actor/actress to work with?

Even though I had already worked with Jessie Buckley in Dolittle, I would love to work alongside her again. She is so unbelievably talented and always gives her own input without caring what anyone else thinks. I would also love to work with Helena Bohnam Carter. I actually met her twice because she lives in the same area as me. When I see her I get butterflies in my stomach. She is so talented, funny and isn’t afraid to go her own way with a character.

Looking ahead, what are you hoping the future brings?

I would love to take part in more projects like this one. I am involved in a project that I can’t say too much about but I can’t wait for everyone to see it!

‘Dolittle‘ is in cinemas worldwide now.