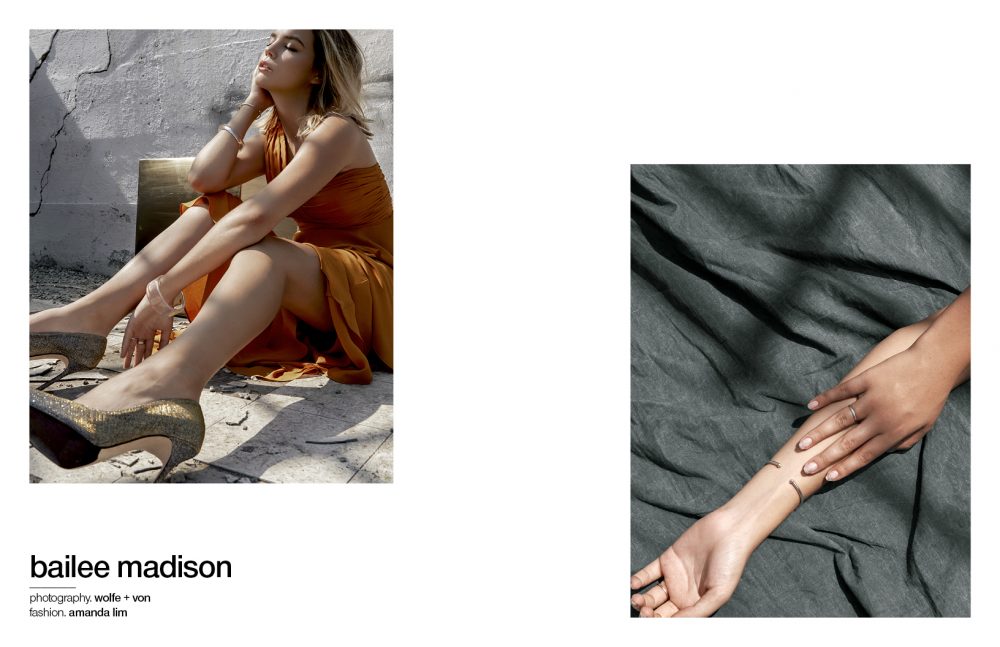 Bailee Madison is the pinnacle of Gen-Z nostalgia: a young luminary that sprinkles light everywhere she walks. If you were a Disney child, you’ll most likely remember her as young Snow White in Once Upon a Time, as “Maxine Russo” in the Wizards of Waverly Place or the hopeful young girl in the devastatingly heart-wrenching Bridge to Terabithia. Since the age of 15, Bailee has rubbed shoulders with a wide variety of directors and actors from an impressive variety of star-studded acting roles including Selena Gomez, Jennifer Aniston, Salma Hayek, Jared Leto, Jake Gyllenhaal, Adam Sandler, Guillermo Del Toro and John Travolta, just to name a few.

More recently, Madison starred in the popular ABC Family drama, The Fosters. Yet her dexterity is not limited to acting. Bailee is constantly evolving ahead into a person that is wise beyond her years. At only 19-years-old, she has co-written a YA novel titled Losing Brave, which was published by Harper Collins’ imprint Blink earlier this year and has also launched the first of three capsule collections that she has produced for Macy’s in-house imprint, Nowadays. She has also been given merits on her philanthropic, social advocacy; recently launching her own anti-bullying campaign under the banner #IamMoreThanAWord. Schön! speaks with the trailblazer to discuss how she transitioned from Disney princess to multifaceted girl-wonder. 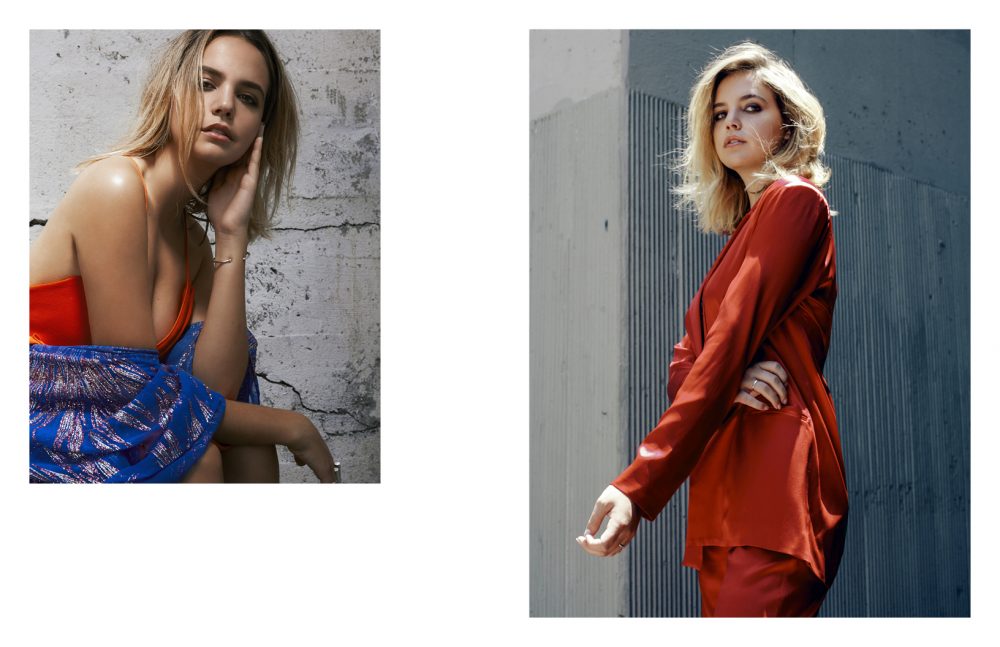 What was your first acting gig?

Oh, boy! Technically, my first acting gig was when I was two weeks old and I filmed a commercial with my mom. My first film was when I was four, called Lonely Hearts, and then I went on to do Bridge to Terabithia right after.

What was it like growing up in front of the camera?

It’s been a very surreal experience… growing up is hard in general and then adding a bunch of strangers watching it happen and commenting freely can be overwhelming at times. However, I feel incredibly fortunate and blessed with the amount of love and support I’ve been given, and the memories I’ve been able to make.

You’ve done a wide series of different projects with different talent. Which has been your favourite, and which was most rewarding?

This is such a hard one! I feel incredibly thankful for the types of projects and roles I’ve been able to play as they’re all so different in their own ways and each one holds a special place in my heart. My film from earlier this year, The Strangers: Prey at Night, was such a gratifying experience. I loved every moment and I pushed myself not only emotionally, but physically as we filmed from 5 pm until 9 am and I did my own stunts too!

You’re so confident and bubbly, what keeps you upbeat and positive?

I’ve always been told that ever since I was little I’ve always just loved life and I think the same goes for me now. I love people, I love spreading love and I love enjoying moments, and as cheesy as that may sound, I love smiling and laughing. I just do. However, like anyone, I have low moments and that’s when I try to take a step back, surround myself with my family, my true core of friends and remind myself how blessed I really am. 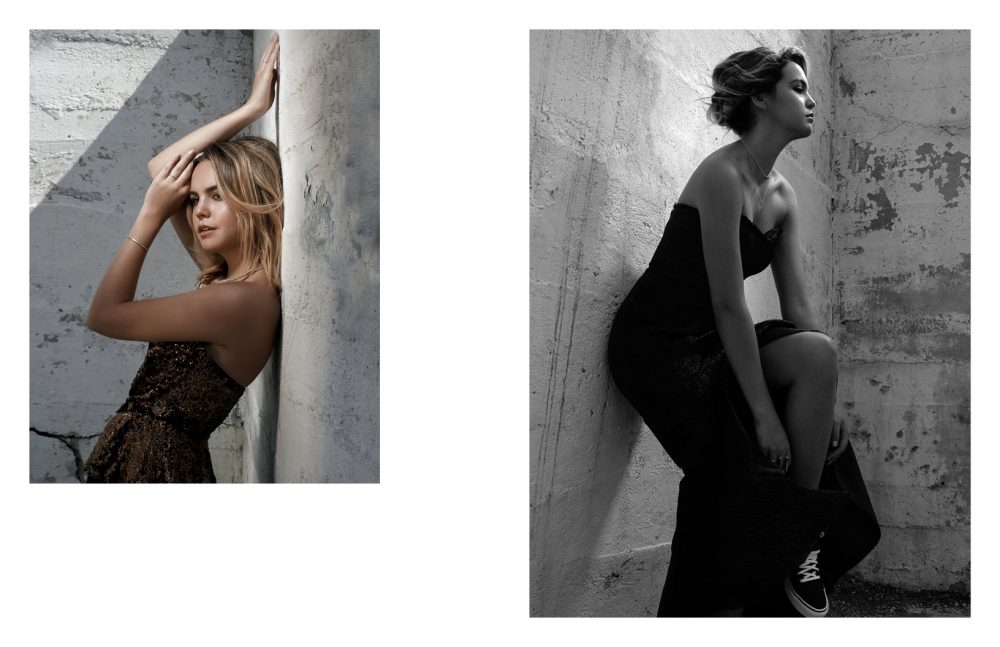 One of the biggest challenges was trying to learn so much so quickly about the book world as I had only known the film industry. I learned to continue to advocate for myself and to make sure respect is always given. I wish there were times I did that more, and I’m continuing to work on that.

How did the idea for Losing Brave come about?

My dear friend Stefne Miller and I were going over script notes for a film I was producing, and she stepped in to rework the script. She looked at me and said: “would you ever want to write a book?” and it was an instant yes. She was the perfect mentor, friend and collaborator. We got right to work, and that night the first concept for Losing Brave was born. Stefne is amazing!

Generally, how do you come up with concepts?

There is a lot of back and forth, generating ideas and giving them a shot. Stefne and I worked virtually the entire time to write this and it was a true long-distance relationship! I love the idea of creating something from scratch, it’s liberating, scary at times, but, oh, so rewarding. 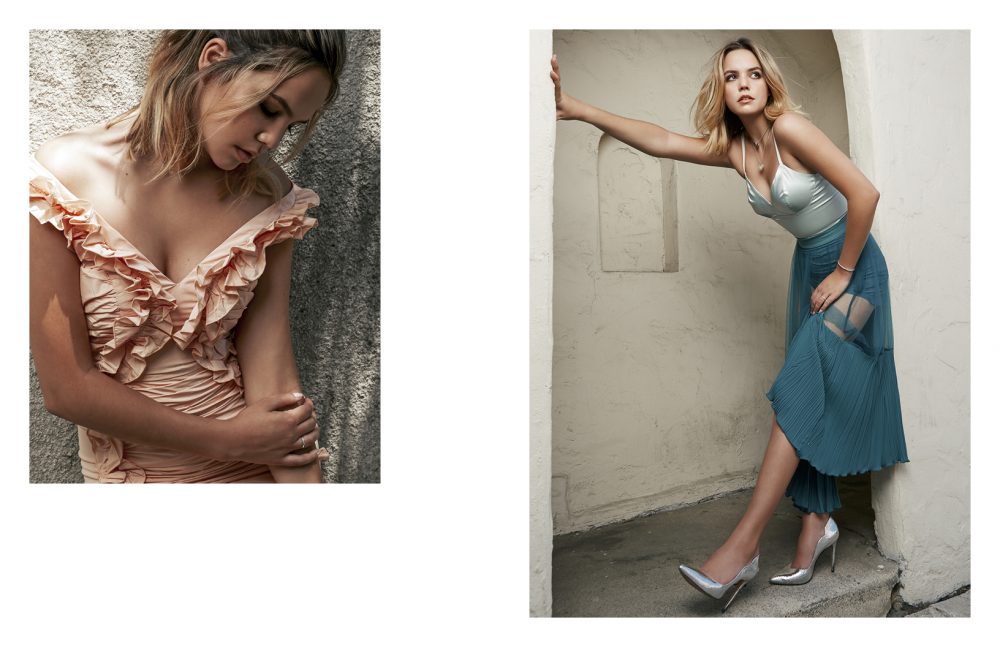 You recently opened up about going makeup-free for a photo shoot, what made you decide to do this and what message were you helping to send out?

I’m the first to say how much I love being makeup-free, and how it’s the most confident I feel, however, during this shoot I was not feeling that way at all. The creative team wanted my skin to be fresh and I was feeling very self-conscious and not photogenic at all. I left the shoot feeling insecure and feared that when people saw those pictures they would think that I wasn’t pretty enough to be in a magazine spread. There’s such a societal pressure to look and be “perfect.” Then the images were sent to me and this has since become one of my favourite shoots that I’ve done. I thought it was important to talk about my insecurities while shooting that spread because I think honesty is so important. I always preach to let your skin breathe and feel confident with yourself, and yet I had a hard time doing that myself. My hope is that by opening communication about struggles like this we can all start to lean on one another and show that no matter who you are or what you do, we all need a bit of love and support.

What is the best advice you have ever received?

My mom has always told me “treat others the way you wish to be treated” and I love that so much. Also, appreciate every moment and day like it could be the last. Our generation moves so quickly, so I think it’s so important we learn to take things day by day and do our best to enjoy it. And finally, my biggest thing, live a life of giving. Find something you believe in, raise your voice and if you can touch one heart in this world, you’ve lived a good life.

If you could give a piece of advice to a young girl hoping to pursue acting, what would you advise her?

My advice is that if acting doesn’t happen quickly, don’t get discouraged. I’m still working 24/7 and all these years later I still hear no’s and I still face disappointments. However, if you truly love this line of work and you believe in your vision and your talent everything will happen at the right time. Surround yourself with good, uplifting family and friends, stay focused and be kind to yourself! 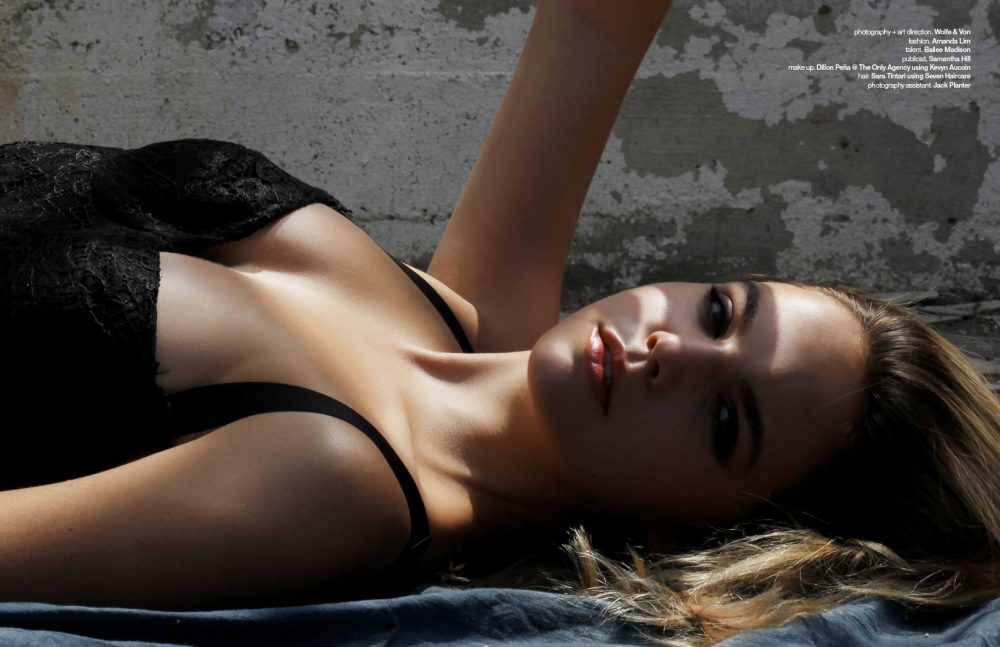 Who personally inspires you?

I’m inspired by so many incredible women, with my mother and my sister being at the top of that list. I’ve also had the honour recently to work with Christina Hendricks and she’s now a dear friend and is an incredible force. Mariska Hargitay has been an inspiration in my personal life and work-life since I met her eight years ago as well.

Throughout these politically intense times, what issues do you think young people are faced with?

Young people need to know that their voices make change, they matter and that they are paving the way to a better future, for not just our generation but for generations to come. It’s up to us and we can’t back down. We need to continue to educate ourselves and speak up.

I’m currently filming season five of Good Witch, which is crazy! I have some very exciting projects that I can’t announce but that will be pushing me in ways you’ve never seen. I’m also focused now more than ever on stepping behind the camera, as well as finally taking a moment to tap into music, a world I’ve been eager to visit for a long time.