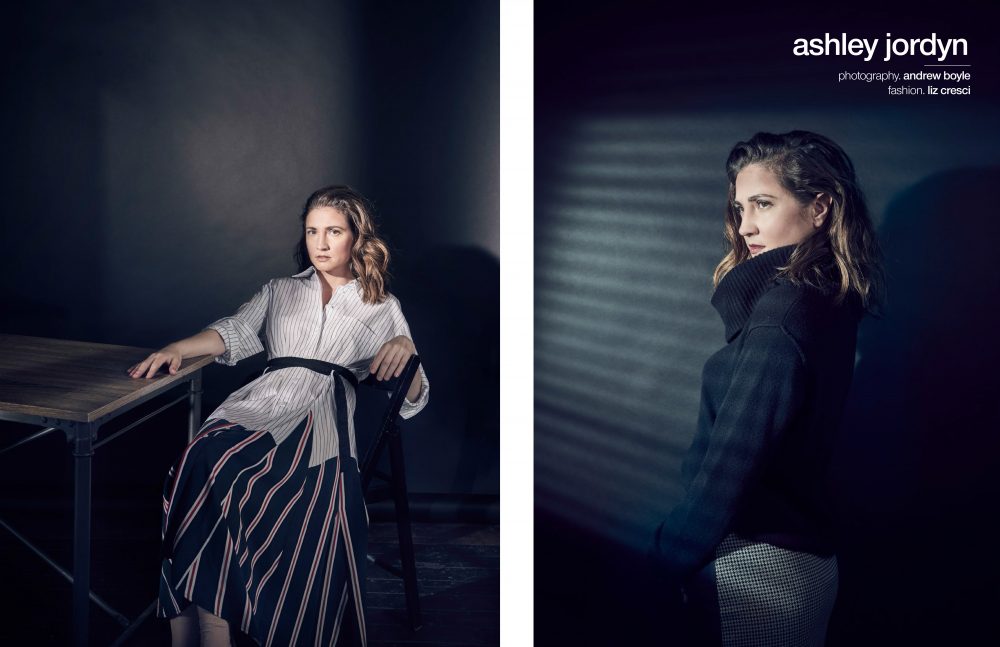 Netflix phenomenon Orange Is The New Black enthralled viewers once again when the sixth season premiered on the streaming giant a mere two months ago. Among the many stars that captured the audience was Ashley Jordyn. But before all this, the Texas-born actress packed her bags, jumped on a plane and moved to New York with no place to live, no job and no friends. Jordyn explains that whilst, at first, she didn’t know what she wanted to do (which at one point left her sleeping on the subway), she “wanted to do it in NYC.” She simply states, “I just wanted to live in NYC.”

When asked made Jordyn want to become an actress she explains that she never had any long-term plans for where her acting career would lead but that it began with acting classes in New York. “I had been interested in acting in school but had to choose whether to spend my free time pursuing sports or theatre. I chose sports,” the newest member of the OITNB cast describes. “If it was in my head as a dream, I don’t remember. It wouldn’t have been something that I would have admitted to myself. I know when I first started taking classes, it was as a hobby because I was in a city where I could take the best classes with the best teachers, so why wouldn’t I take a chance. But it was definitely a hobby until it wasn’t. I loved it and kept seeking and learning and one day I realized that this was what I wanted to do.  I also fully believed if I worked hard enough and kept learning everything I could, that I could find my way.”

“Acting appeals to my love of constantly learning, searching, empathizing and creating,” the up-and-coming actress passionately expresses. In the sixth season of the award-winning series set in a women’s prison, Jordyn plays the young Carol Denning, a role that she explains “happened very fast, but that’s TV for you.” The actress discloses that she “was given the audition notice on Thursday afternoon, auditioned Friday afternoon, they called me Saturday morning and made their offer, and we were shooting by Tuesday.” 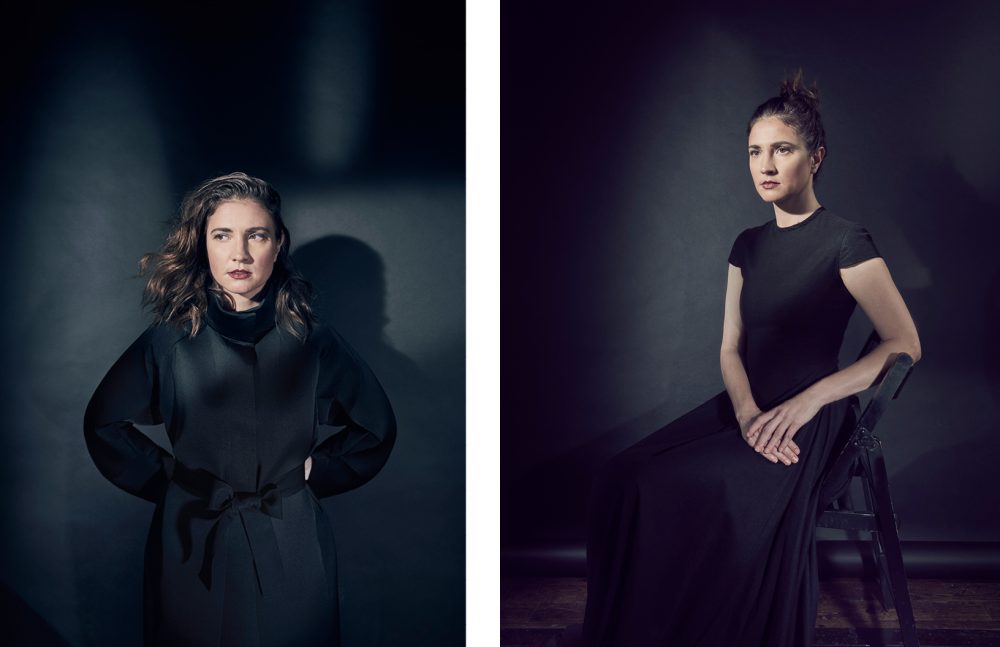 After watching Jordyn on the show, it is apparent why they did not hesitate to give her the role. The newest season is more gripping and thrilling than the previous. “Season six takes a handful of the characters from Litchfield Minimum Security and brings them into Max, where more dangerous, harder characters await,” Jordyn describes. “You get to follow some of your favourites as they navigate this new world in the aftermath of the decisions and actions of season five,” a season that left us more anxious than ever to see what happens next.

Jordyn discloses that in her initial audition, her character was described as “a leader who maintains her dominance through fear, hot-tempered, prone to violent outbursts, sees displays of violence as necessary for survival, stuck in arrested development, the last person you want to fuck with in prison.” The actress explains that she took this on board whilst also trying to “add the ‘why’ in my scenes. What has happened to her that has made her who she is? Those answers are at the heart of who she is. I needed to understand the pain the character has, and I tried to incorporate that into my portrayal.”

Upon watching the show’s newest season, it is evident that Jordyn’s character has a troublesome past and is certainly a complex character, so it’s safe to say the task to portray her would be nothing far from challenging. “It was challenging to portray a character that has a “current” reiteration when I didn’t know what Henny (Russell) was doing,” Jordyn explains. “There wasn’t anything to pull from to try and match, so I was just doing my own thing, and trusting the team in charge of the big picture. There’s a lot of freedom in that, and ultimately you let go of trying to control it. I had to trust my gut, trust my choices, and just tell the story as I knew it.” 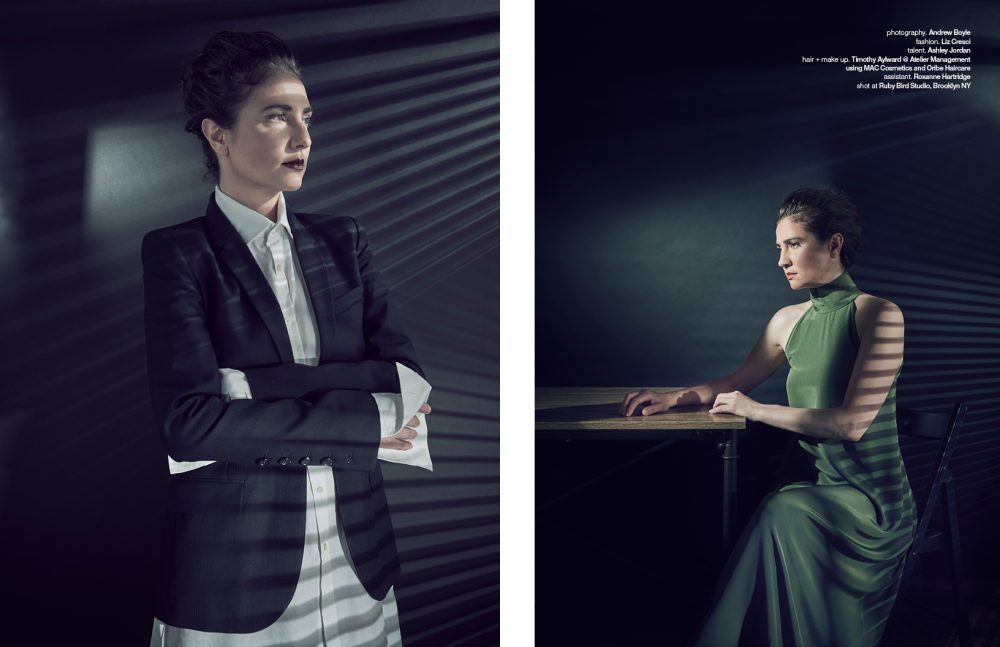 Although the actress only worked with the handful of flashback characters seen in her scenes she expresses that “the crew were amazing. Everyone was so kind and welcoming.”Jordyn tells that starring on OITNB was a new “wonderful” experience for her as she had never played a character that “operated almost solely from the Freudian ID, the part of the personality that contains a human’s basic, instinctual drives, desires, and impulses.”

In the future, the incredible actress hopes to work with Greta Gerwig, Dee Rees, Debra Granik, Patty Jenkins, Lisa Cholodenko, Ava DuVerney and Kathryn Bigelow (to name a few). As for the near future? “Next, I do what every actor does, wait for the next opportunity, continue my education, and continue creating my own work.” Jordyn discloses that she has a few indie films in discussion, but that she is also “working with EVAWI (End Violence Against Women International) and their global initiative to #startbybelieving and help change the way we respond to victims of sexual assault.”

To see Ashley Jordyn take on the role of the distinguished Carol Denning’s younger self, stream ‘Orange Is The New Black’ latest season on Netflix.