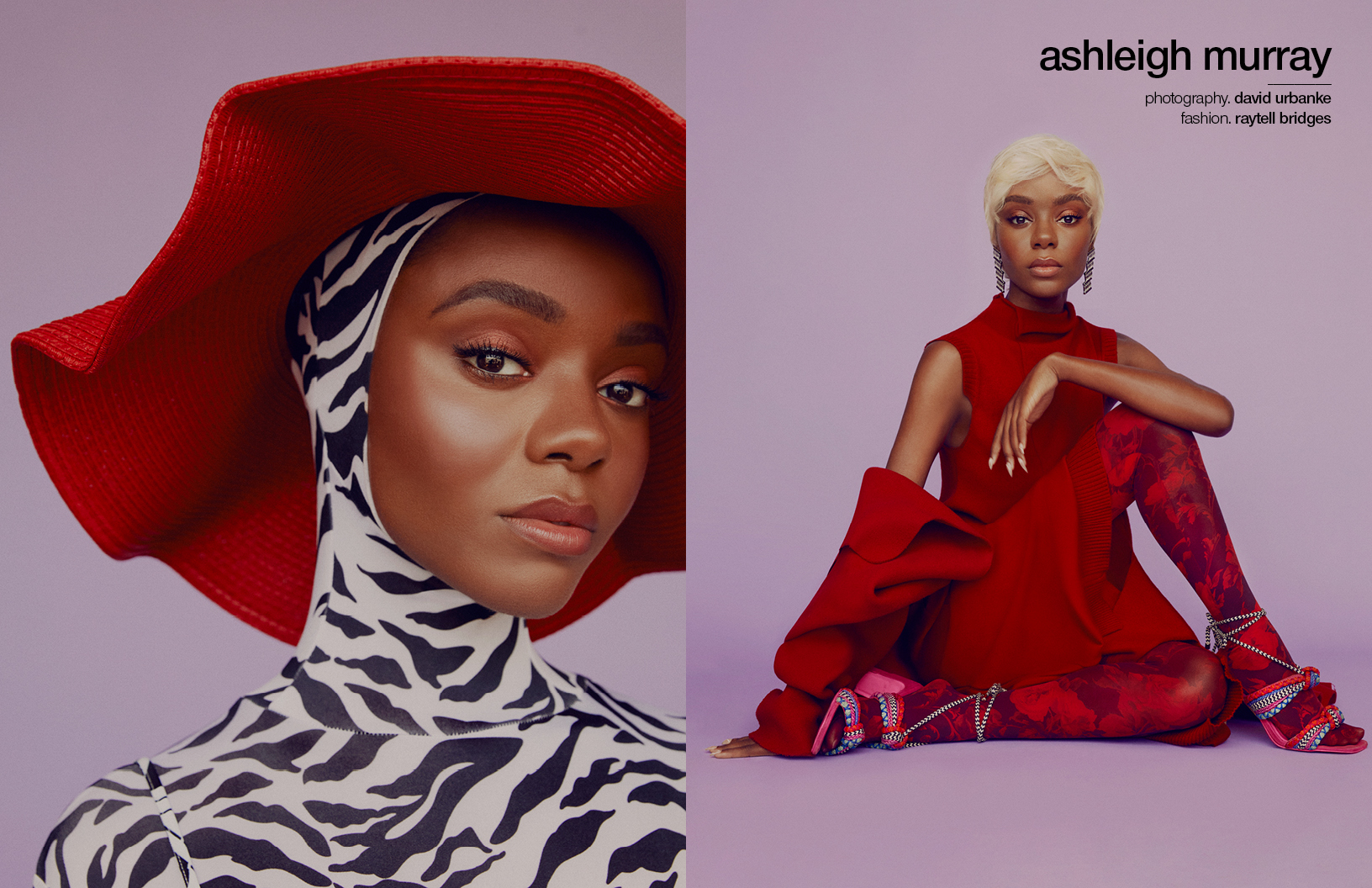 Buzzing from the release of the first episodes of Tom Swift, Ashleigh Murray speaks of the gratitude she feels for being part of this new mystery franchise as she stars as the female lead opposite Tian Richards. While many would be tempted to sit back and enjoy the success if they were in Ashleigh’s shoes, Murray is hungry for the next project revealing she’s already “excited for whatever is next.”

Star of Riverdale and Valley Girl, Murray plays the tenacious, comedic and charismatic femme Zenzi Fullington in the new drama Tom Swift. For those who are yet to rocket into this out-of-orbit series, Murray reveals that it follows “a wealthy black family whose son, Tom, a science genius, sends his father to Saturn in a ship he built himself.” The titular character, whom Murray describes as “sickeningly stylish, gay, and unmatched,” has his world turned upside down when his father’s return goes unexpectedly wrong. “In a whirlwind, he’s forcibly thrust into the responsibilities of adulthood, taking over the senior position of his family’s company, while secretly uncovering the truth of his father’s disappearance,” Murray explained. 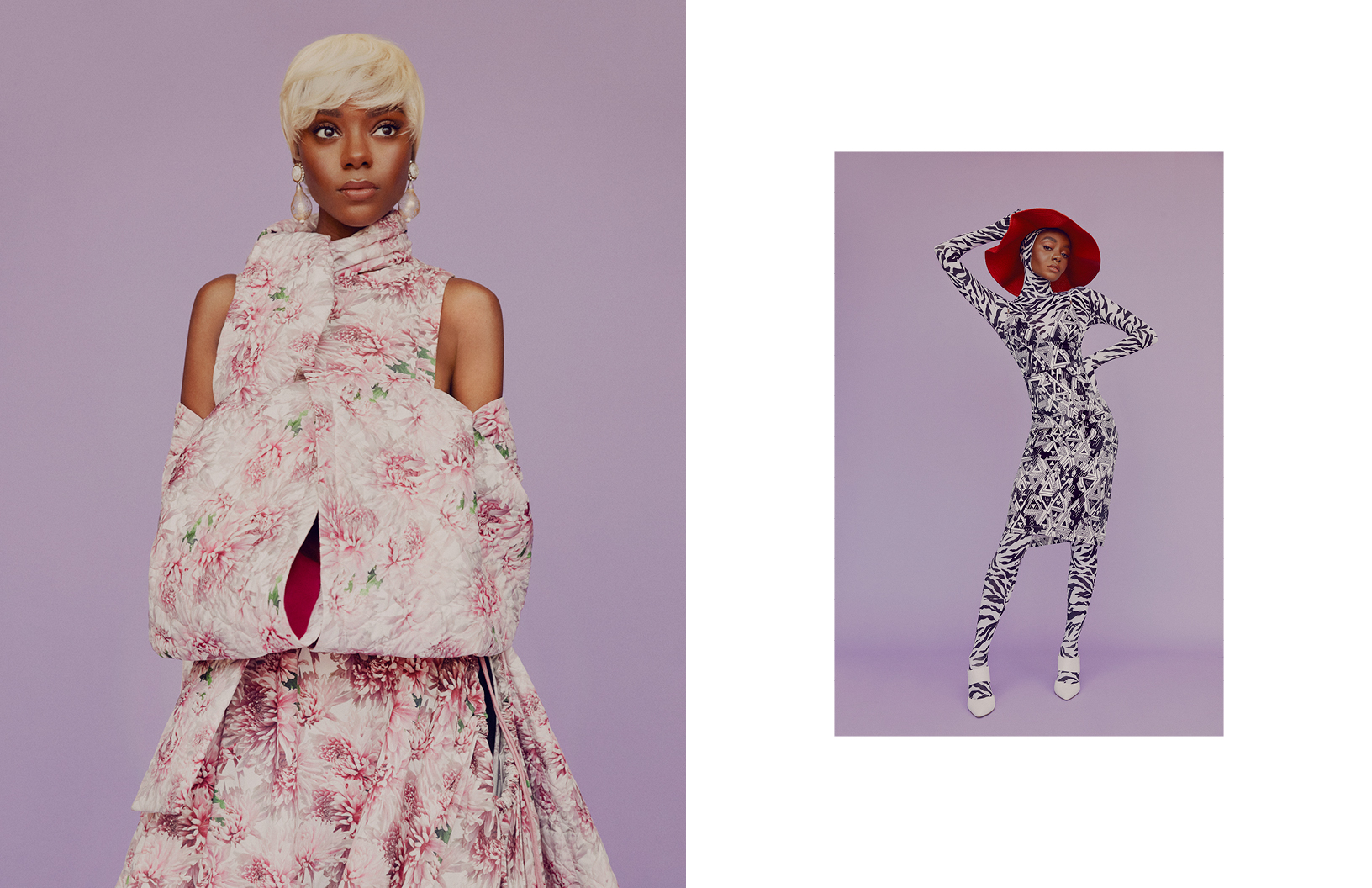 A show steeped in drama, intrigue and sci-fi conspiracies, Murray did feel anxieties with auditioning for this big project but any nerves or reservations fizzled away as she embodied her zesty character. “I was drawn to the punching, comedic warmth of Zenzi,” says Murray. “She’s feminine, commanding, nurturing, and honest”. Murray felt an affinity with Zenzi, recognizing in her an inner strength to conquer adversities that she sees in herself. “At a young age, I developed a sense of levity in order to conquer being different. I strive to embrace my beauty, femininity, and young womanhood. In my growth as an artist and a person, I consistently look for roles that will challenge me to accept more of myself.”

Watching Murray’s character evolve through these early episodes is impressive. But despite finding enjoyment in watching her performances back, the vivacious star wishes that as actors they were given the luxury to watch their takes immediately after filming them. Dedicated to improving her performance, Murray explains the reason for this is so “I can make adjustments if the intention I’m trying to convey isn’t landing.” 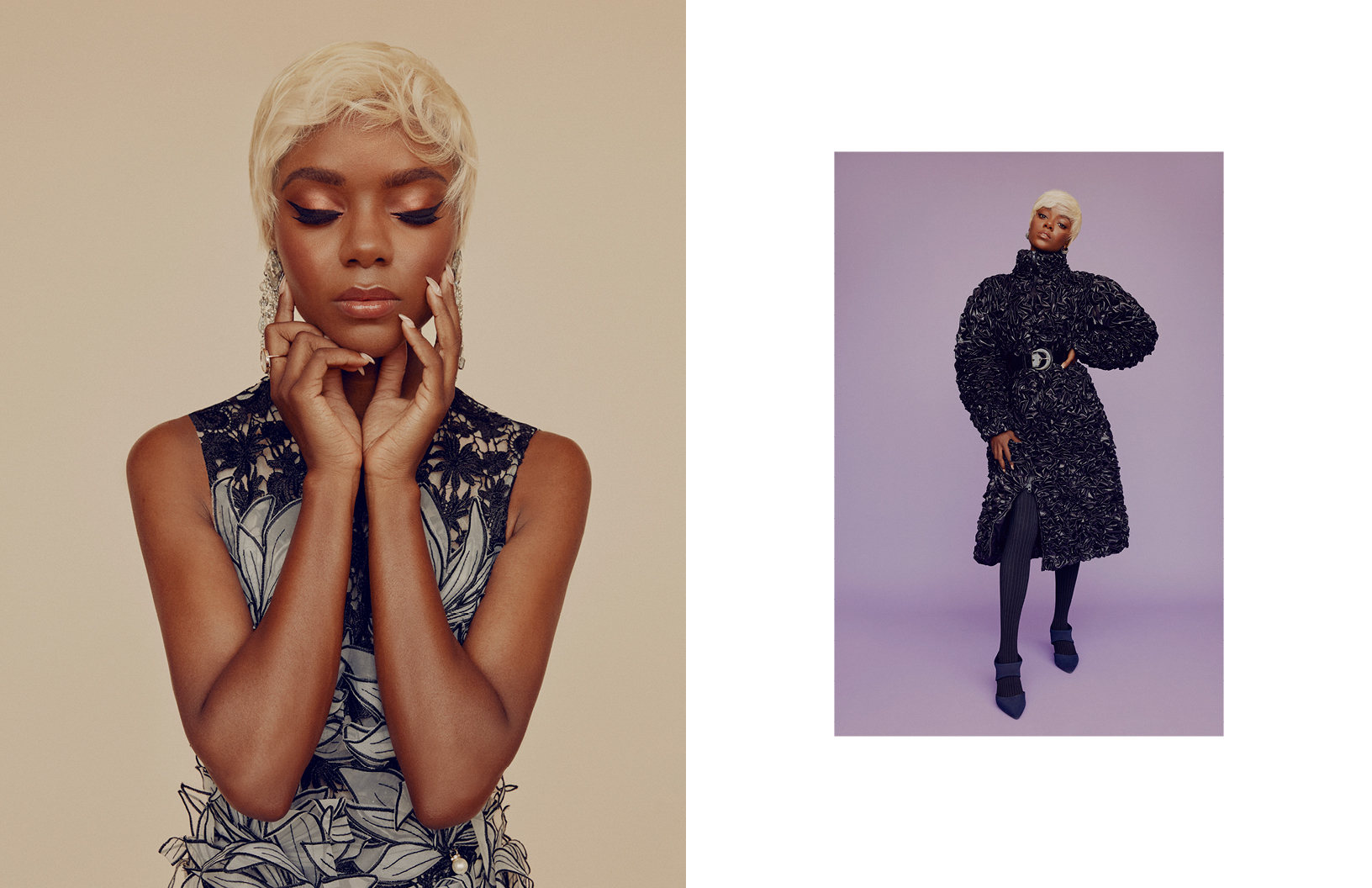 Born in Kansas City, Missouri, USA, Murray’s first acting experiences came when she was 10 years old participating in her first school play. “I had no lines and received my first standing ovation. It was strange and exhilarating that I could move an audience to have as much joyous fun as I was. I fell in love with a lot of creative aspects at that age but for acting I fell the deepest,” enthused Murray.

Once the fires of passion were ignited in Murray for acting, she took a leap in her early career and pursued her passion for performance in the Big Apple. Murray believes her enrolment at the New York Conservatory for Dramatic Arts has, in some ways, shaped her as a performer, teaching her to trust her initial instincts and believe more in the choices she is making. “I badly wanted to blend in, be, look and act like everyone else. But, I couldn’t see that being myself was the greatest and strongest choice I could ever make. It’s because of my experience and profound insight gained there that I’m so hard on myself. I know when my best can be better because I’ve performed in ways I never thought possible. I’m always looking to get back to that. I’ll be forever thankful for that education and my astounding instructors.”

The transformative process that comes with embodying a new character can be demanding, and while the young actress embraces the challenge, she also acknowledges the importance of setting boundaries and taking care of her mental health in all aspects of her life. Murray’s current personal and overarching focus is “self-awareness, reflection and manifestation” and she cites her biggest inspiration as her therapist for teaching her these values. 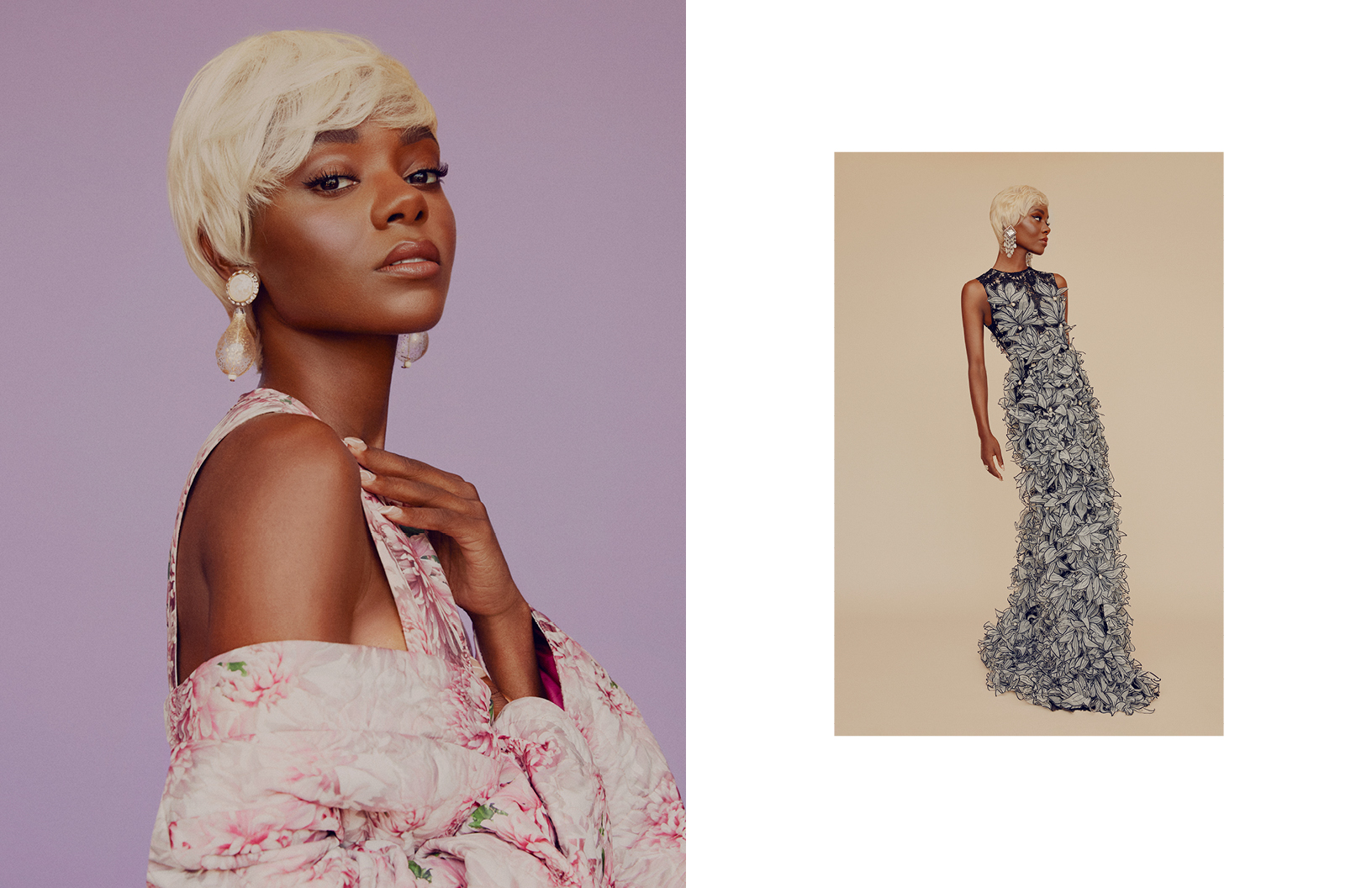 As well as inhabiting the effervescent Zenzi, Murray is a familiar sight on our screens as the sassy and melodic teen Josie McCoy in the soap favourite Riverdale. After playing Josie in Riverdale and then starring as Josie in the spin-off series, Katy Keene, Murray is all too familiar with Josie’s mannerisms, hopes and desires but the biggest takeaway for the actress is that playing the character revealed to her how much she enjoys singing, “music is pretty important to me as it plays a massive part in my family history and creativity. I hope to explore more of that myself in the future.”

Murray is taking success in her stride with big ambitions for the future. Whilst music is something she hopes to pursue more, Murray revealed an extensive list of actors, directors and cinematographers she would love to work alongside, such as Gina Prince-Bythewood, Halle Berry, Viola Davis, Mahershala Ali, Jordan Peele, and many more.

Murray’s career is looking bright and despite not divulging the next highly-anticipated projects she is working on, she highlighted that she does hope to do more film work, transcending genres into action, fantasy and comedies. As Murray puts it, she wants “romantic, dark, dry” for her next venture. 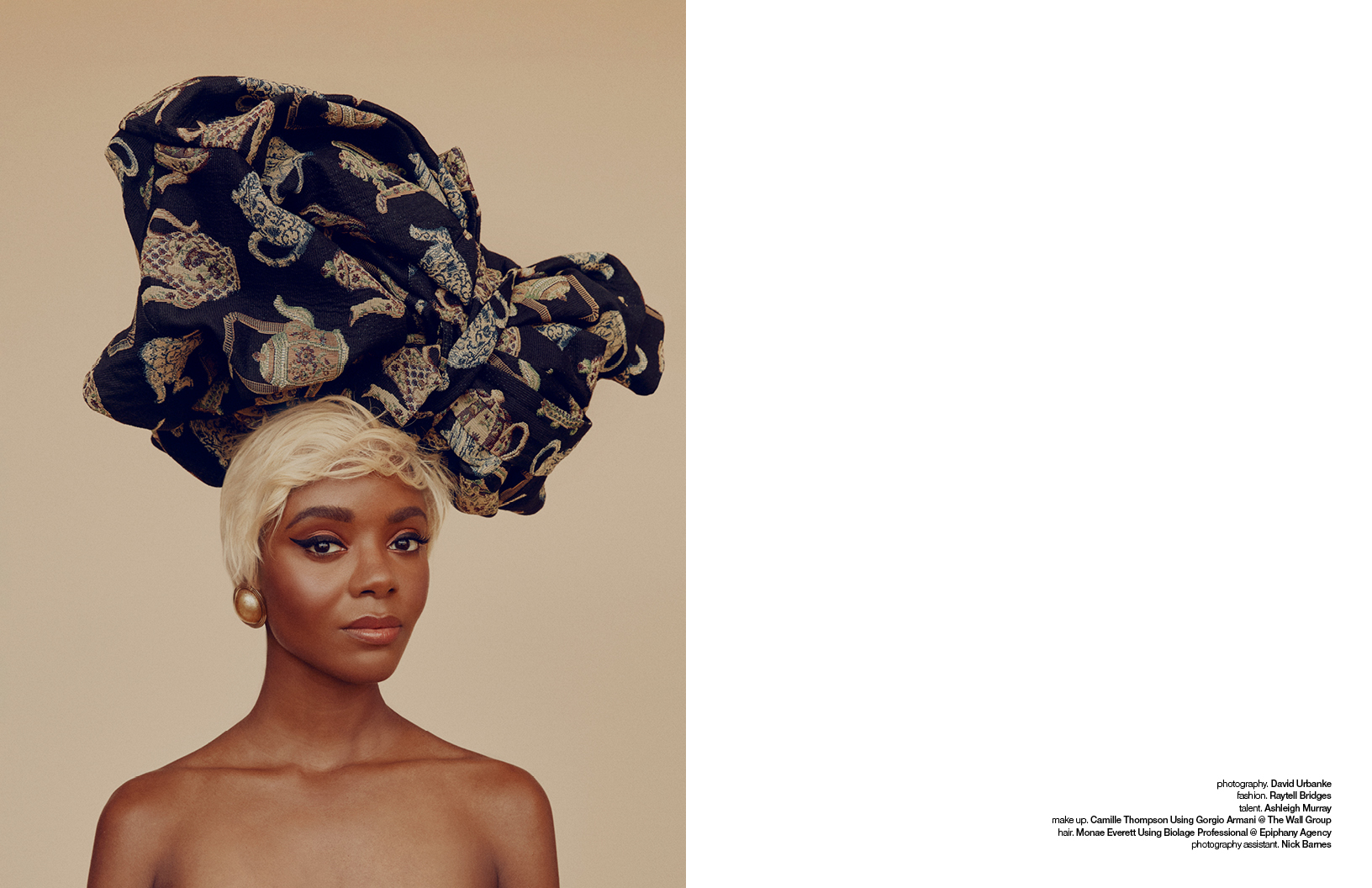 Tom Swift is currently airing on The CW.