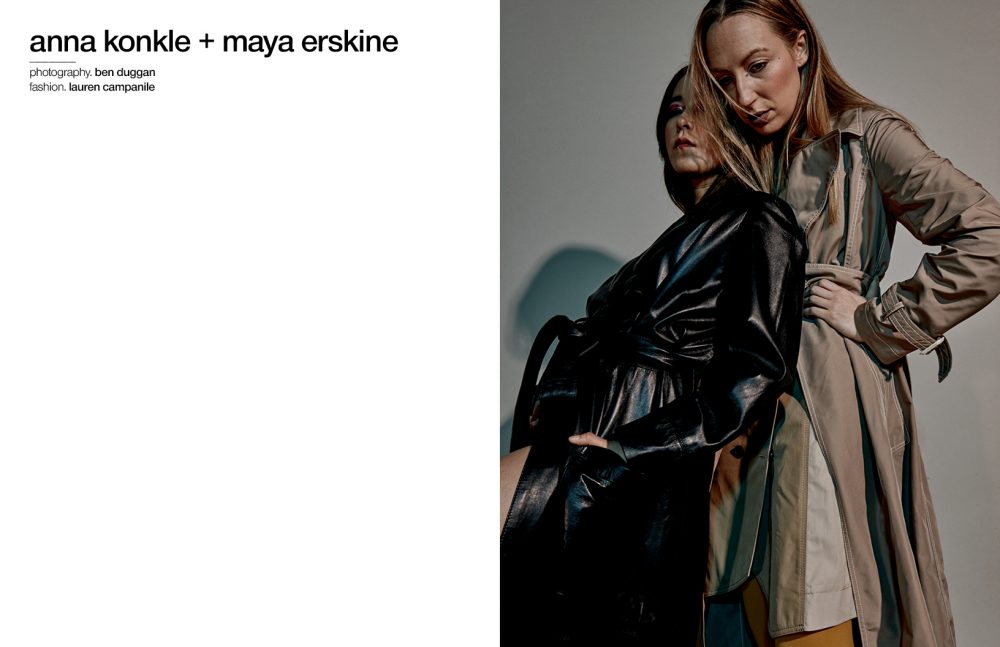 Most adults are glad their teenage years are finally over but Maya Erskine and Anna Konkle, currently both 31, gladly returned to their teen years for their latest series PEN15, which recently premiered on Hulu. PEN15, co-created by Erskine and Konkle themselves alongside their longtime friend and collaborator Sam Zvibleman, takes us on a weirdly hilarious ten-­episode journey through 2000 middle-school in which both comedians star as their seventh-grade selves, even if not precisely in appearance.

How did you guys meet?

We both went to college at NYU and were even in the same freshman year dorm but didn’t meet until our junior year of college. We both went to an Amsterdam summer program in 2007. This program was lead by Kevin Kuhlke and Mary Bitel which taught experimental theatre and making your own work. We bonded over anxiety around performing a theatre piece we were supposed to have made, along with playing weird characters, oversharing and a dark sense of humour.

When did you decide to link up creatively — and with Sam Zvibleman?

We met him while making our web series seven or so years ago. We fell in love with him and his work as a director and screenwriter. After our series, we wanted to make something new where we played kids that were unaccepted around other kids. We kept talking about a cult that our characters were escaping from, where they eventually hid in a foster family of kids. We never quite figured it out. Eventually, we asked Sam about working on the idea with us. He agreed and the original idea melted away as the three of us came to conceive PEN15. 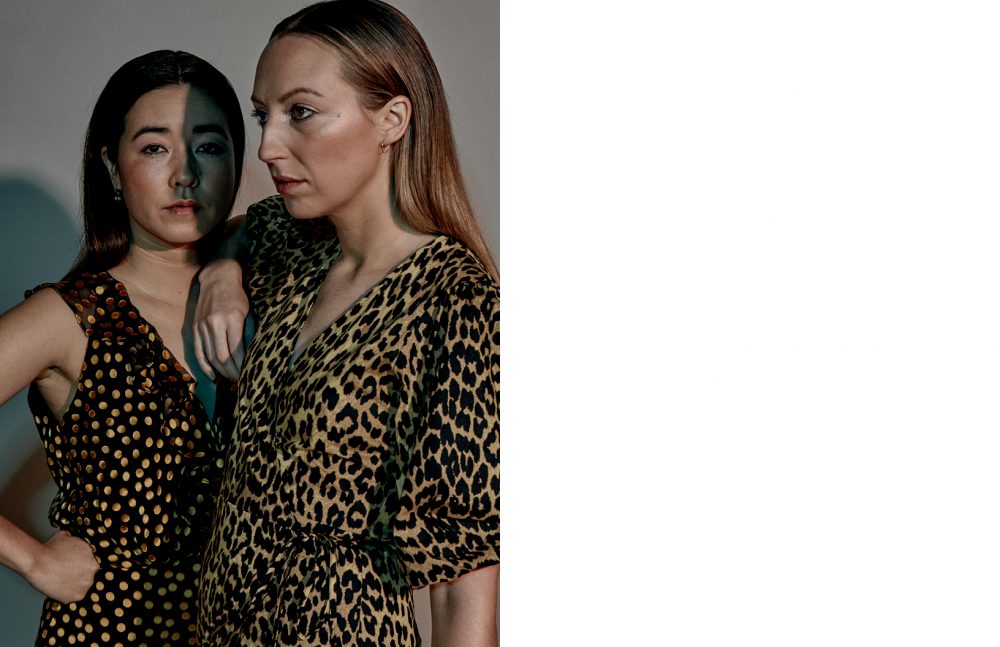 When did your interest in comedy first start and when did you decide to pursue it as a career?

I think we never thought of it as pursuing “comedy” per se but just making work that excited us. I guess it was never a hard decision to go towards comedy, but a knowledge that we loved humour and characters that were funny but there was also a passion for the possibility that funny could be tragic as well. Our favourite “dramatic” stuff is sometimes what makes us laugh the hardest.

Can you tell us the story behind the series’ name, PEN15? How would you describe PEN15’s humour?

PEN15 is an ode to the rejects. Most people that went to middle school seem to have been victim to this prank of false acceptance. This meant, being asked to join a “Pen” “15” club with the caveat that to join, one needed to write the club name on one’s hand in sharpy. Then you would oblige because of course, you want to be a part of a club. The reality would hit at some point that you aren’t in any club but made to look a fool, naive, silly you. And now you have Penis written on your hand in permanent marker. We are attempting to take back the joke and celebrating it as a club for the rejects. 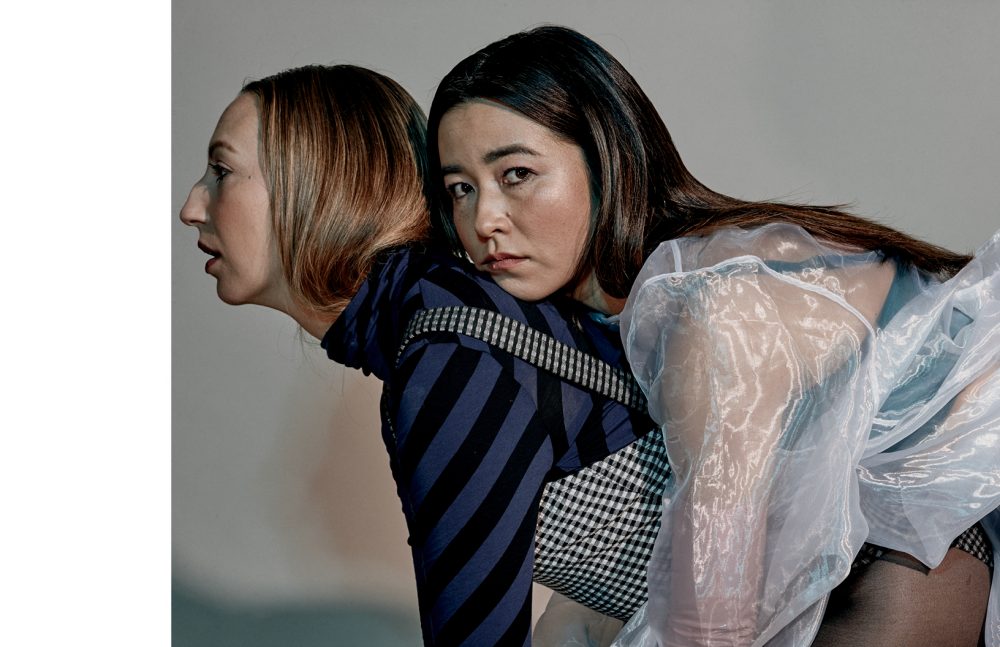 What has been the most enthralling (and most embarrassing) part of portraying yourselves as teens?

How much of yourselves can we see in Anna Kone and Maya Ishii-Peters? Is your relationship in real life as strong as those of the characters?

Pretty accurate with lots of insecurities personified. Even though we’re playing thirteen-year-olds, I would say so much of our adult dynamic with one another is pervasive throughout the show. And the love is just as strong, if not more.

Nope, it made it! 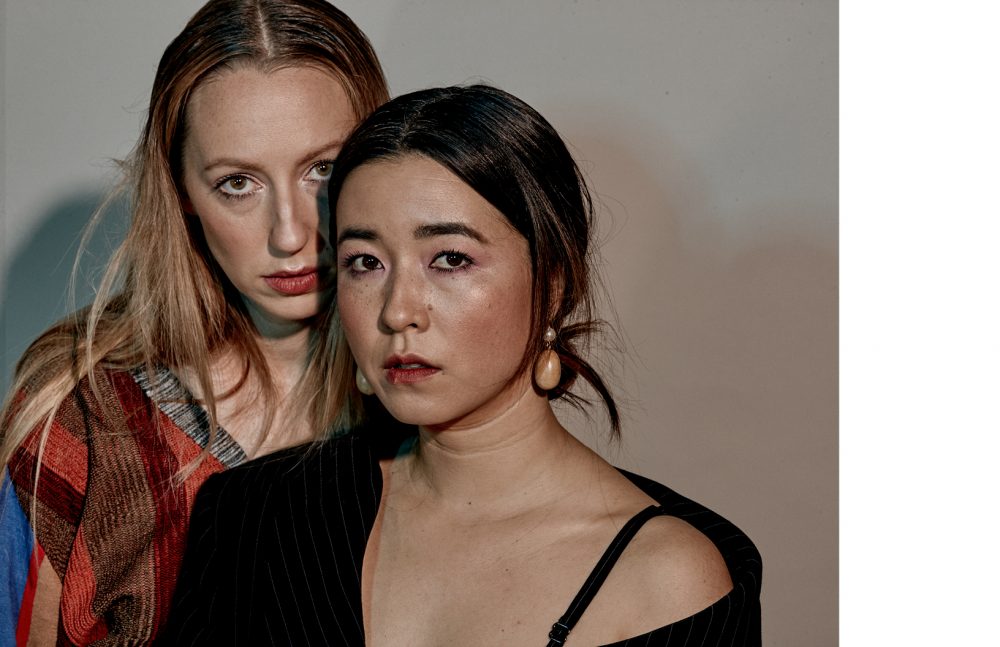 The series is set in the ‘00s, are we getting a dose of noughties nostalgia?

Of course! Our Costume Designer Melissa Walker, our art department led by Grace Alie and Ali Rubinfeld and the amazing crew did an incredible job of committing themselves to re-creating our memories and bringing in their own from the year 2000.

The show is produced by the guys of The Lonely Island. How did that come about? When did you meet Andy an co. and when did they express interest in the series?

Lonely Island became involved almost from inception. Probably six years ago! Their production company had a mission statement to “Make things that wouldn’t otherwise be made for TV” and ours definitely fit the bill. So they were supportive from the beginning. And we are so grateful they advocated for the series. They are all super supportive creatively.

Ultimately, what message do you hope people will take out from the series? What are you most excited for audiences to see?

There isn’t one message that comes to mind. Mostly the gesture is showing our truth. The beautiful, the ugly, the shame. Laughing at what can cause us, humans, pain is pretty cool and it’s a particular way to process difficult things. If some people feel a little less alone or seen after watching, we would be thrilled. 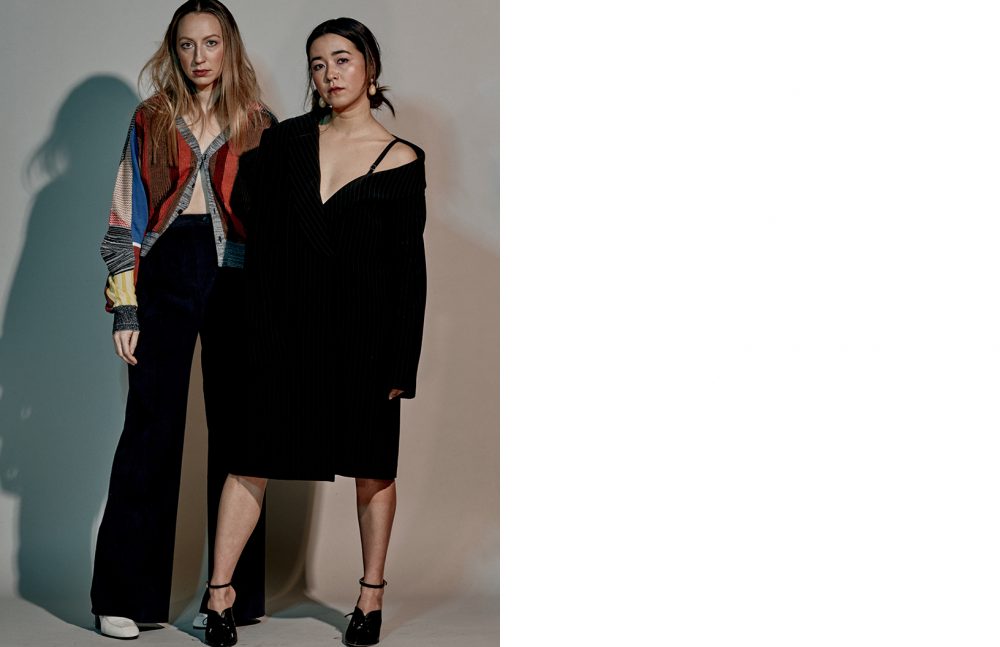 What’s been the most exciting part about working on this project together?

Seeing how much we are able to grow together. We feel inspired by each other, stronger by each other and because we are best friends it can feel even scarier when a creative disagreement comes about. Which is inevitable. Our ability to hear one another and adjust to keep our relationship on all levels working, happy and sacred is continually humbling and super fulfilling. We challenge each other. All three of us do really. And there’s pride that we are strong enough to be challenged!

Are there any words on season 2?

Are you planning on taking on any more ventures together, comedic or otherwise?

Comedic and otherwise! There’s a lot more we want to explore together, from our passion for producing, to directing, creating words for one another and seeing what bizarre characters the other comes up with. 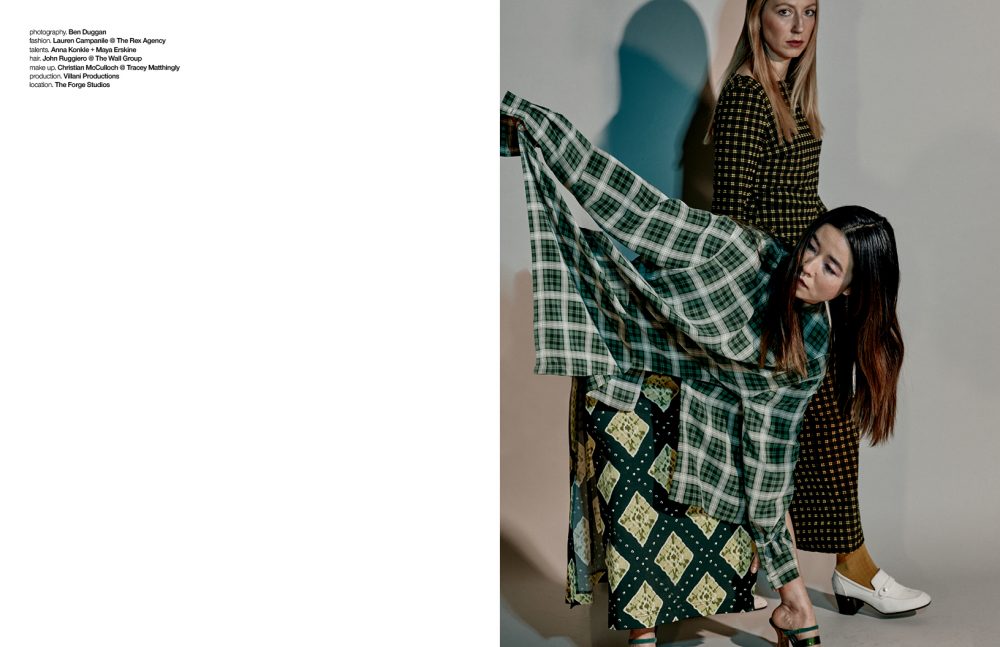 Who do you look up to in the industry?

It changes every day of the week because there are so many people to look up to. Today, Amy Sedaris, Tim Burton, Shonda Rhymes, our friends, Wong Kar Wai, Todd Solondz, P.T. Anderson, Maya Rudolph, Amy Poehler, Lisa Kudrow, so many more.

What other projects are you working on at the moment?

We’ve always got a handful of projects we’ve been torturing ourselves with for years. This took six years to make, so all the while we’ve been working on other ideas while acting in other people’s work. Hopefully, there will be both some short form stuff and feature-length projects on the horizon. But that depends on how many strange ideas this industry will let us do. Either way, I think we’ll find a way to keep making our painful memories or absurd ideas come to life.

All episodes of ‘PEN15’ are now available on Hulu. Watch the trailer here.