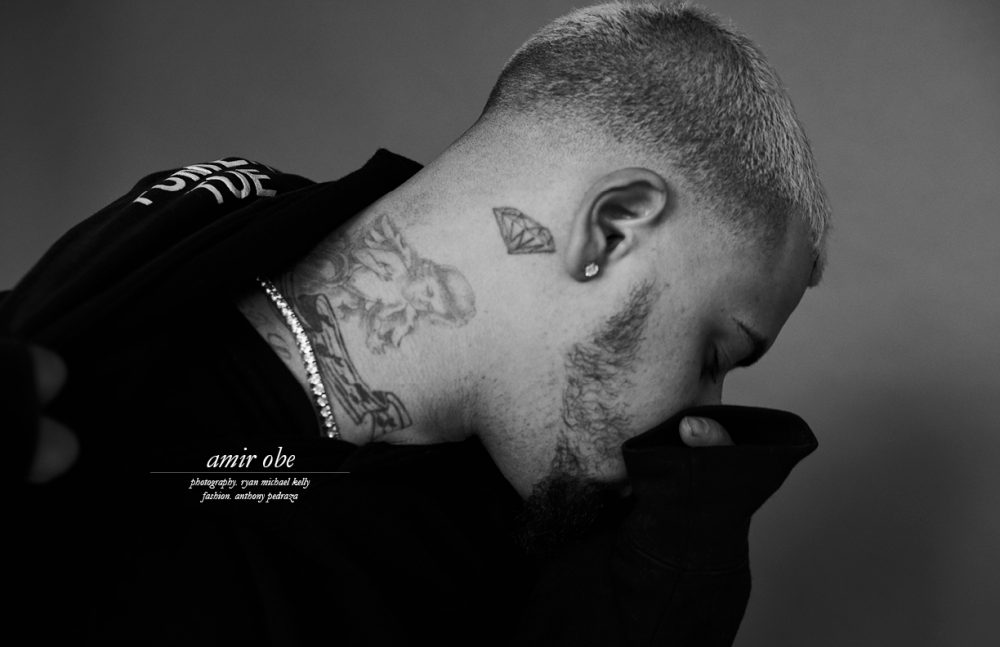 Jacket / Moncler
Hoodie / Rhude
All Jewellery throughout / Amir’s own

Amir Obè is the Detroit singer-songwriter you ought to know. With a sound reminiscent of R&B stars Bryson Tiller and Partynextdoor, Obè’s voice seamlessly flows over atmospheric beats marked by slick and polished production. His career first blossomed during the Myspace era, where under the pseudonym Phreshy Duzit, he posted weekly freestyles enjoyed by his 100 000 fans. Label offers soon came rolling in leading to a coveted deal with Atlantic Records. After parting ways with the label in 2011, Obè reinvented himself and was back on the radar with the release of his 2014 mixtape Detrooklyn. Drake was such a fan that Obè soon found himself co-producing the track Star67 on Drake’s wildly popular mixtape If You’re Reading This It’s Too Late. Newly signed to Def Jam Recordings, Obè sits down with Schön! for a quick-fire Q&A to discuss working with a new label and what fans can expect from his upcoming album.

What was the music scene like growing up in Detroit?
I always credit Detroit in having a very authentic & homegrown scene. People take pride of the culture there, especially in music.

When did you start making music?
I started making music when I was finishing up my last year in high school. I’ve been writing creatively since I was eight, but my first attempt at making a song wasn’t until I was about to graduate high school. 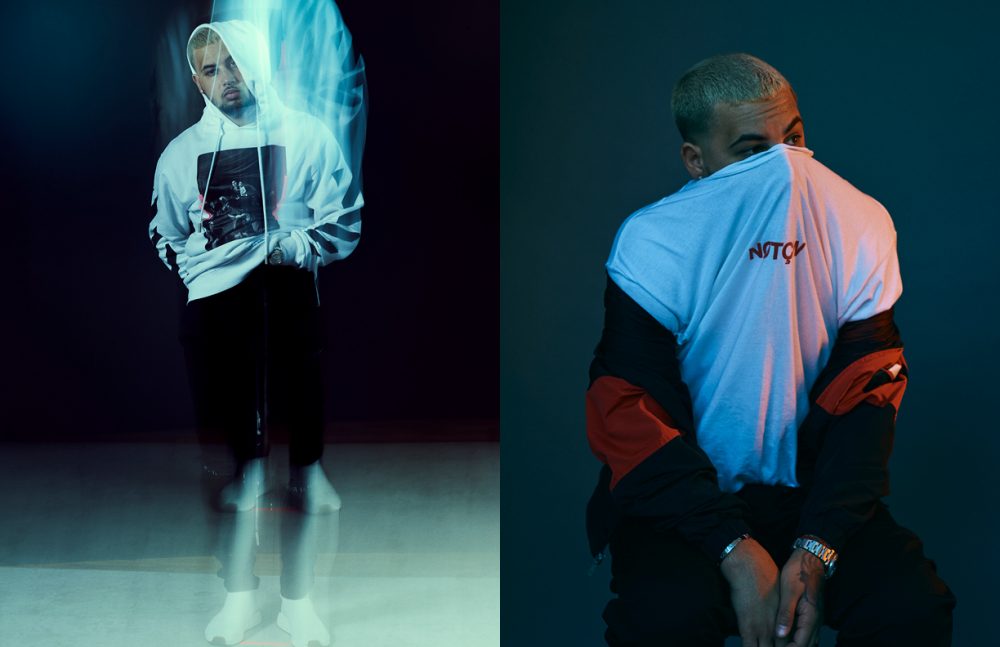 What inspires your songwriting? Do you pull from experience or imagination?
I’m usually inspired to write by experience, but the songs always take an imaginative shape. I think my best music is made when I incorporate both.

Are there any artists who inspire you sonically?
I’ve always liked the analog sound, hearing the sonics of Quincy and Michael Jackson, or Queen, or Phil Collins always pushed my producer and I to get that warmth and cohesiveness.

What pushed you to move from your hometown to New York?
I actually came to New York first to pursue a career path in fashion. I wanted to either go to FIT or Parsons to study design.

The internet is responsible for some of the most popular artists right now, and you were first discovered on Myspace. Do you think it’s become easier for musicians to break into the business?
I think the internet changed everything. The artist can now communicate directly to fans by uploading content. I think talent still prevails, but the discovery process is way easier now. 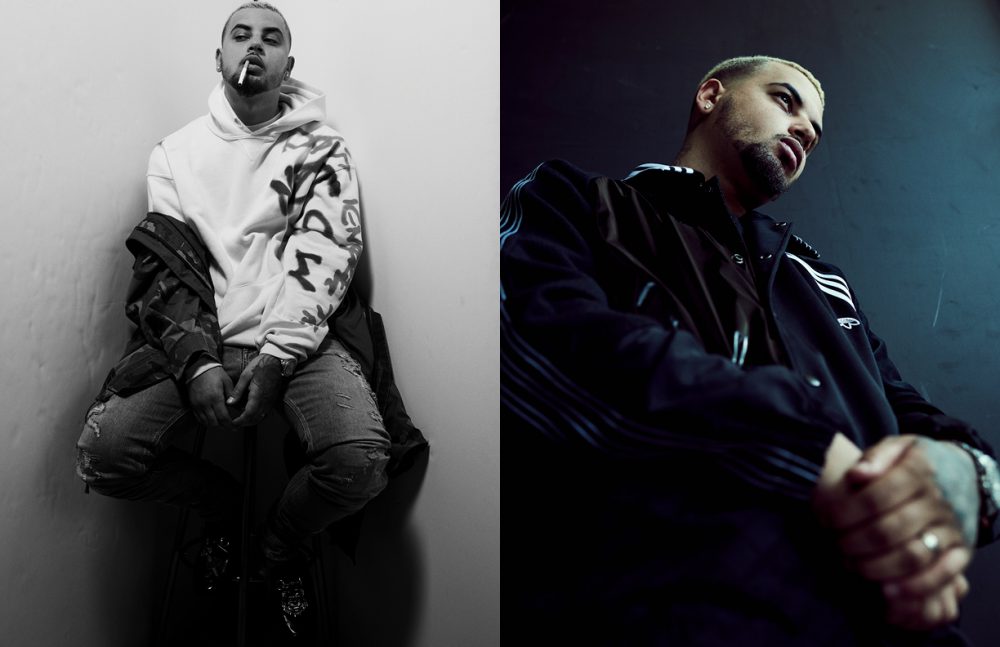 You’re now signed after a span of independent work. What has working with Def Jam been like?
It’s been great, Def Jam takes pride in being authentic and so do I. The process has all been collaborative, nothing really changed from the independent grind, it just now feels as if I have more tools and resources to bring the vision to life.

An album is in the works. Does your creative process start with the lyrics or melody first?
I always go with melody first, melodically it has to connect with the production. Lyrics come later. 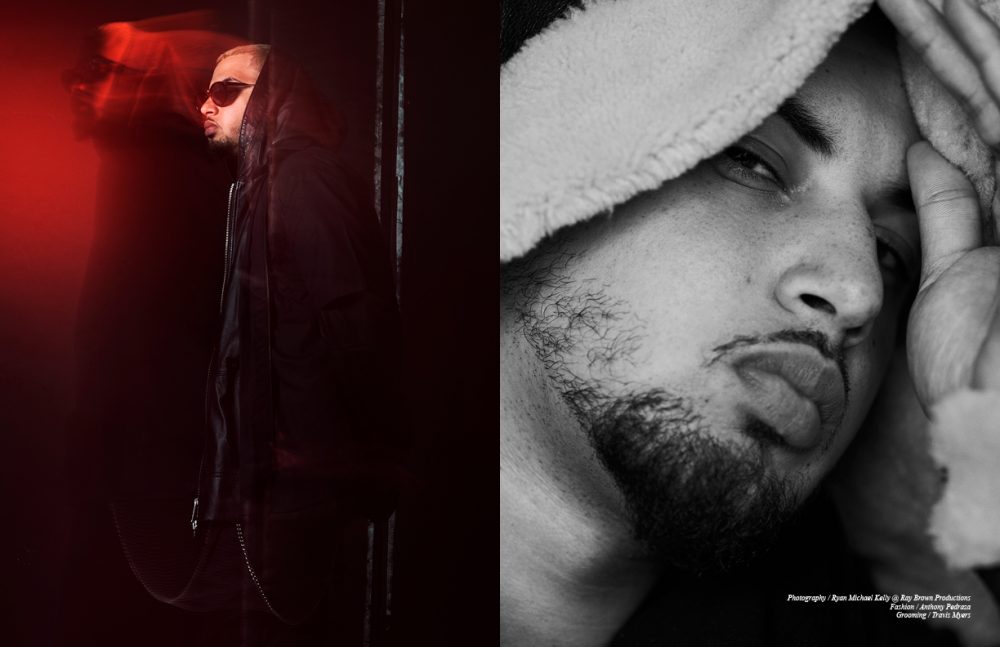 What are you hoping fans take from the first listen of your new work – is there a message or vibe behind it?
I love for the listener to create their own narrative based on what they hear and apply it to their life. I still listen to the project everyday and I notice something new about it every time. The project is a vibe.

Amir Obè’s EP, None Of The Clocks Work Here, is out now.