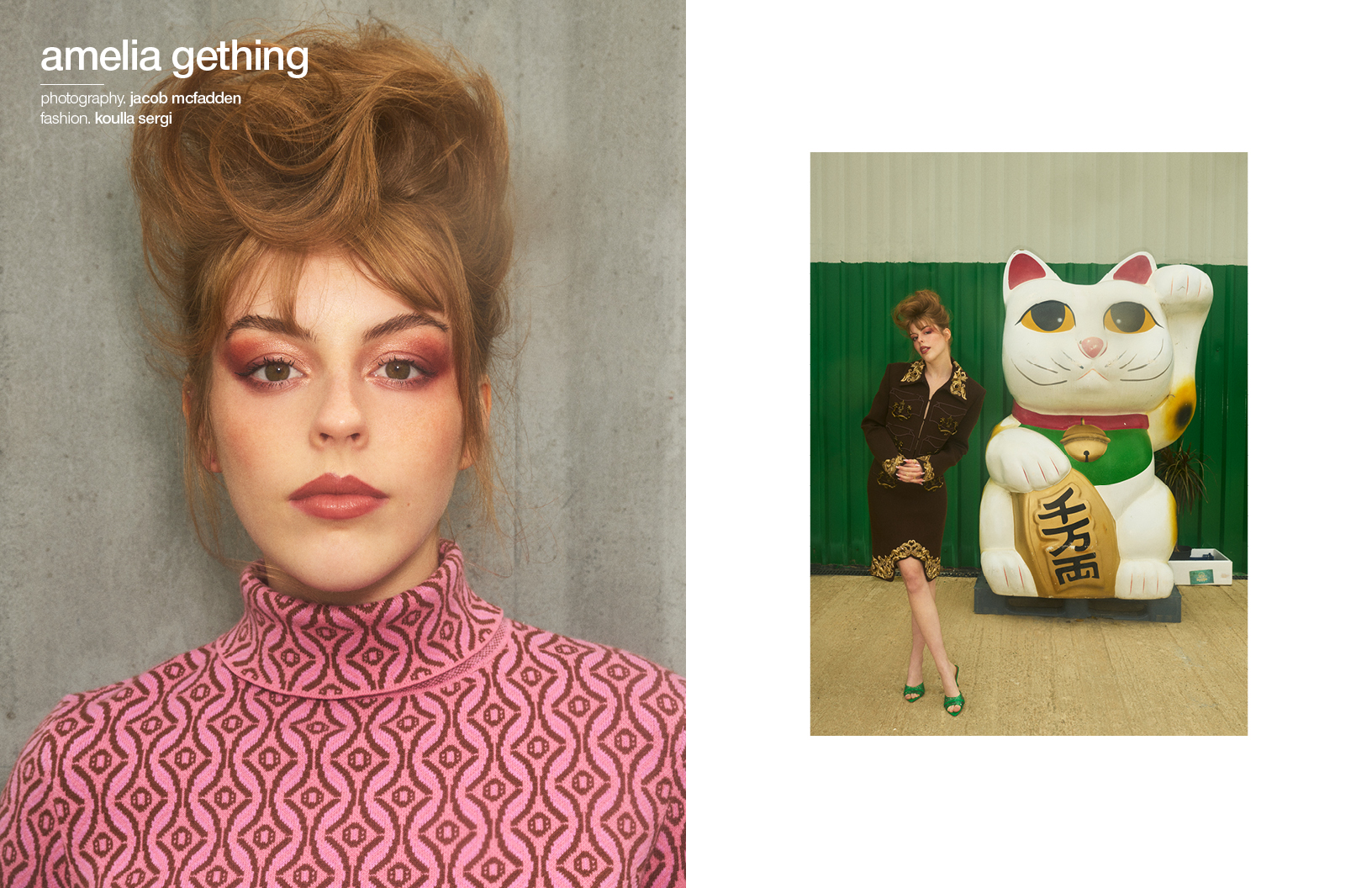 Starting out as a content creator in the film industry could be quite intimidating for an aspiring new actor, but for British sensation Amelia Gething, it can be an incredible evolving experience. With projects like The Spanish Princess to the upcoming American war drama Masters Of The Air, Gething is in a league of her own as she perfectly portrays the bold and timeless female perspective. As the cheerful sister Anne, in the Brontë-inspired biographical drama Emily the actress delves into the most serious performance of her early career as opposed to her light-hearted comedy show The Amelia Gething Complex.

Schön! met with Gething to discuss her rising acting career, supporting women in the film industry and how important being in Emily was for her.

Amelia, your acting career officially began in late 2019 with the release of your comedy show The Amelia Gething Complex. When did you know you wanted to become an actress?

I think it’s just been something that I’ve always felt like I wanted to do since I can remember. Even when I was very young, I would still be making plays for my family and taking part in school productions. So I don’t think there was one set moment. I’m very happy to finally be doing it.

You used to perform comedy sketches on YouTube and TikTok. How would you say you’ve grown as an actress from then to now?

I think I’ve grown in the sense of the style of acting I do. I feel like I’ve evolved a lot from doing purely comedy when I was on social media to now doing things of more serious fair. As an actor, it’s nice to be able to flex your muscles a bit, so it’s been good to try out new things and experiment with different types of roles compared to the things that I think I maybe limited myself to when I was online. At the time, comedy was the sort of thing that did well, so that’s just what I wanted to push for.

The Amelia Gething Complex is a great watch if you’re looking to have fun and enjoy some time with your friends. Take us back to when you first pitched your idea to the BBC. What was the process of writing the show like?

The BBC approached me and my agency saying that they liked the comedy sketches that I was making and they wanted to put forward a female-led comedy sketch show that they wanted me to be a part of and write for. It was just a lot of fun really, because the show is not afraid to recognise itself as very silly and very stupid. We were bouncing ideas off of everyone in the

writer’s room until it eventually became the Amelia Gething Complex. There were some strange ideas that came out in the room, half of them by me. With YouTube, I’m doing all of my videos in my bedroom, so it was great coming to a writer’s room and being able to share different ideas and vibe with one another.

Something which I’ve noticed is that you seem really interested in period dramas and classic literature — from The Spanish Princess to your recent performance in Emily. Is there a particular feature you look at in the characters you play and in a script?

I really enjoy characters with a lot of depth. With the projects that I’ve done so far, what I especially love about them and the characters within is they’re both feminist film and programme. It’s really great to be a part of something that’s so women-focused and female-led. With period dramas, it’s not something that I necessarily strived towards, it’s just kind of where I wound up. At the start of your career, you’re doing auditions and you just take what you’re given and I was very lucky with what I got. The only downside to it is just the corsets: they are no fun. I would love to try things of a more modern era at some point.

In Emily, you portray the loving youngest Brontë sister, Anne. What made you audition for the role?

The Brontë sisters are really inspiring and very talented individuals. It’s great to be a part of something that’s telling their story, even if it is an imagined version. But I think what really jumped out to me was the script itself and Frances’s take on Emily’s life and all the different scenes that she wrote. Everything was carefully constructed and every single thing in different scenes led to a different feeling and emotion in the next scene. I was quite infatuated when I was reading it and I think not a lot of scripts do that. It tells such a rich story of Emily’s character and obviously the sisters and Weightman and Branwell all have their roles in creating different feelings and emotions that happened in Emily’s life that made her write Wuthering Heights.

The movie focuses on Emily’s relationship with her family — specifically her siblings. As Anne, how would you say you represented their bond? Did you relate to her in a way?

I feel like playing Anne was definitely about being the mediator in the group. Anne can recognise Charlotte’s need to be in control and Emily’s anxieties and how she struggles with leaving the parsonage and meeting new people. Anne is very quietly observant and I get that from the script, but also from my research. She was definitely the most patient of all of them considering that she was in almost all of their portraits. I tried to bring that out in scenes like the mask scene and when Emily and Charlotte have their argument on the moors. 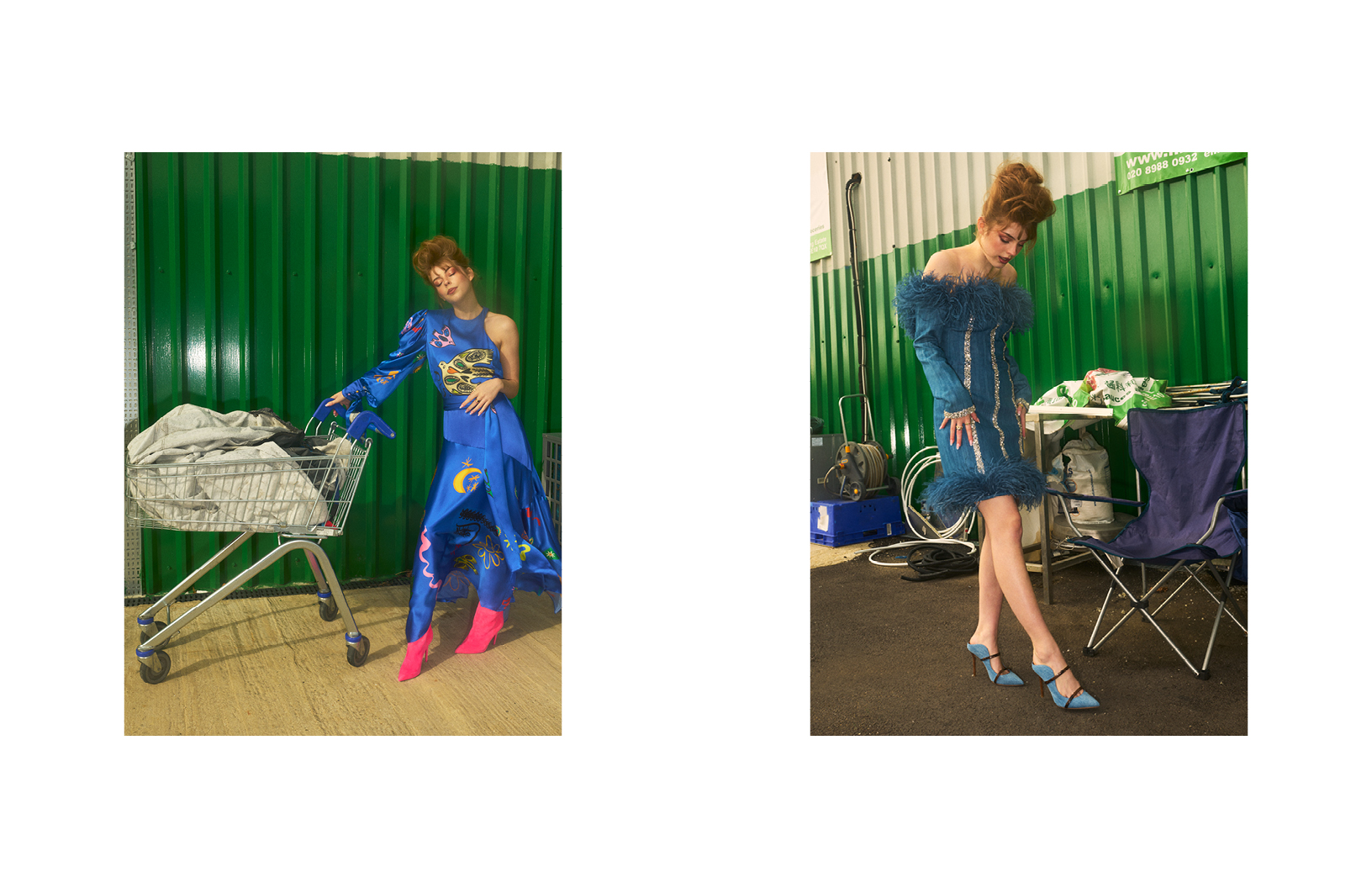 The incredible cast included Emma Mackey, Alexandra Dowling, Oliver Jackson-Cohen and Fionn Whitehead to name a few. What were your thoughts while performing beside them? How was life on set?

Because of the pandemic, we all had to be in a bubble, so we were all living in a house together — which I thought would be quite daunting considering I was coming out of a pandemic. But it was actually the best thing ever. I feel

like we are our own version of a family, as closely as we can be. Considering we had so many dark scenes and serious tones, I think everybody did a really great job at keeping the tone on set light and fun. I would do it all over again if I could, but unfortunately (no spoilers), there will not be a sequel to Emily.

With the breathtaking landscape of Yorkshire as your everyday set, what was the filming process like for you? Did you have a favourite costume out of the many stunning gowns?

From an actor’s perspective, the fact that we didn’t have marks just meant that you felt a lot more free with your movements on set and you didn’t feel restricted and you could take the scene where you felt like going in the moment, especially with the wildness of the moors. We stayed there for about two weeks before we started filming and got to visit the parsonage they actually lived in, the Brontë Museum, and speaking to the women that work there and learning about all of the exciting things that the Brontë’s had going on in their lives. It’s hard to pick one costume that I love the most because they were all so beautiful. Michael O’Connor, the costume designer, is so brilliant. Looks-wise, I really enjoyed the ‘picnic dress’ because I just think the colours match really well with the other two sisters’ dresses. However, I think my all-time favourite one was actually a nightgown because there was no corset involved.

In a past interview, you mentioned that you were a fan of Frances O’Connor’s work. How did it feel working alongside her?

Having watched films with her in with my mom when I was a kid, it’s a bit of a pinch-me moment when I’m standing on set next to her and seeing her do her thing. Seeing her come from acting into writing and now directing, was just really inspiring because she had the project very close to her heart and she felt everything really deeply.

You’re set to star in various upcoming projects, one of which is the war drama Masters of the Air. What would be your dream role?

Anything that has just a lot of character and richness to it. Maybe an evil character, someone dark and mysterious would be quite fun.

Lastly, as a great writer yourself, are you considering putting out books or scripts?

Definitely. I’m constantly working on different scripts and ideas for TV or film in my free time between jobs or sometimes if I have a moment whilst I’m on a job, I might jot down a few ideas. Books-wise though, I’ve had a couple of ideas for some children’s books that I think could be quite sweet, like just a nice story for kids. Script-wise, I like to do things a little bit more for an older audience and it’s nice to expand again and evolve from doing comedy for a younger audience, like the Amelia Gething Complex to now trying out things that are different genres. I don’t like to limit myself to just one set thing. I like to have a variety of ideas, so I’m constantly sitting at my desk and writing lots of things all the time. Hopefully, I’ll be able to pitch some of these ideas soon and maybe get them out there. 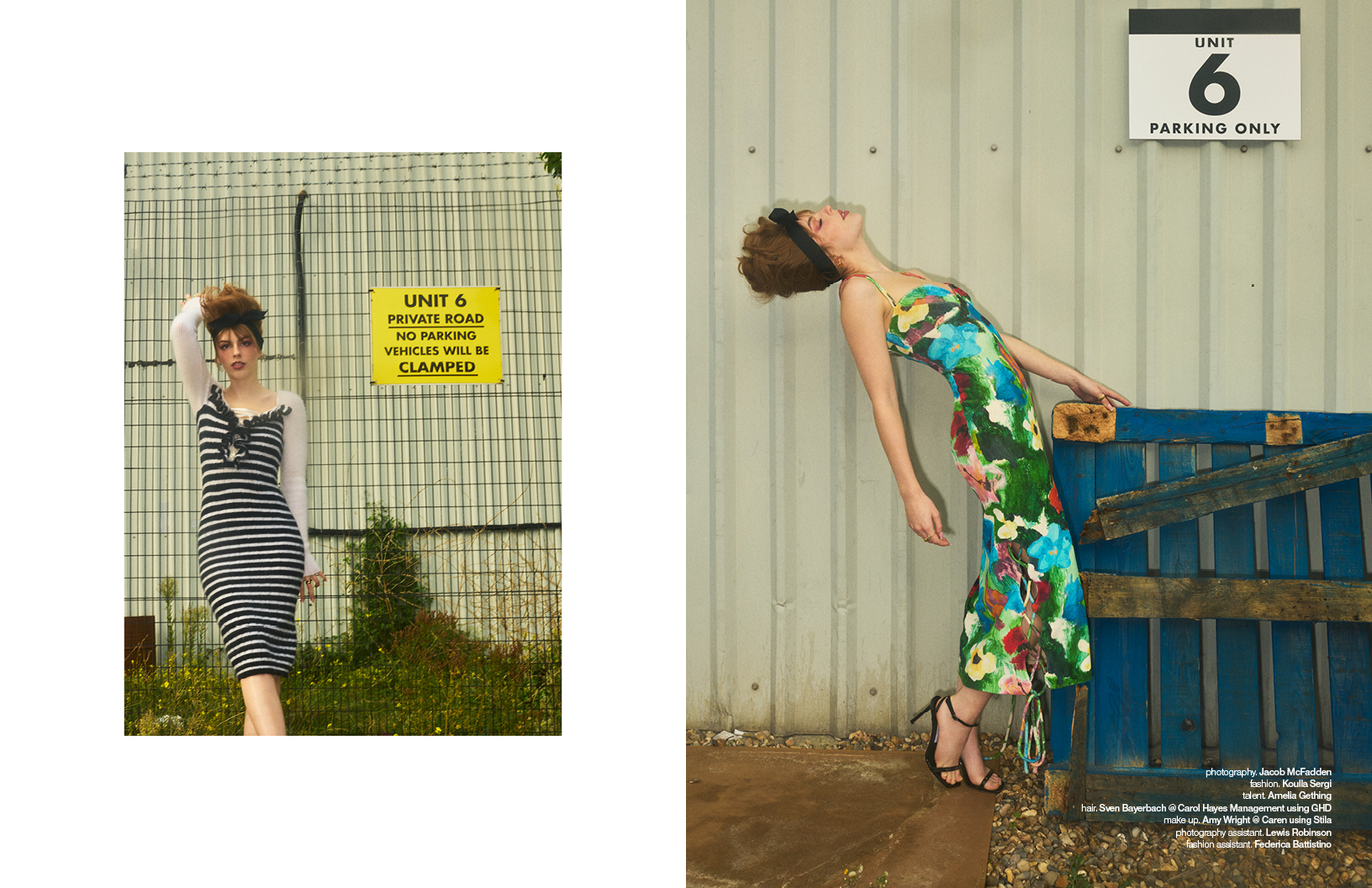 Emily is available on Digital Download now and DVD from 12th December.