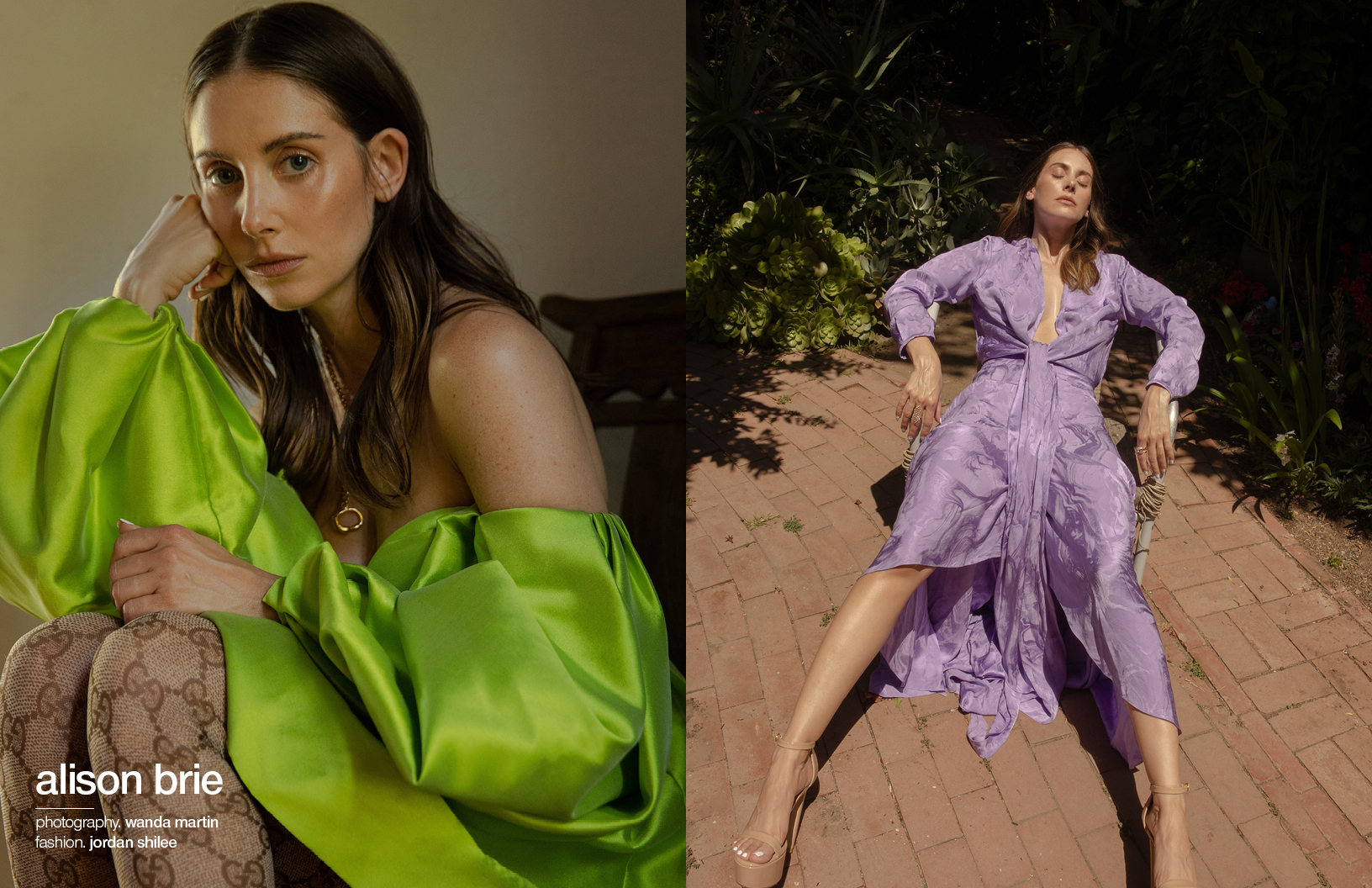 It’s fair to say that Hollywood romcoms have become a little formulaic over the years. Alison Brie, along with her steadfast creative partner, Jeff Baena, are bringing the mystery back to romance with their latest film, Spin Me Round. Taking on the challenge of both writing and performing, Brie plays Amber, the manager of a soulless Italian restaurant chain, who’s selected to attend an all-expense paid culinary arts training course in Italy. And while she dreams of having her own ‘Eat, Pray, Love’ experience, the trip takes plenty of twists and turns as mundane training exercises are interspersed with unexpected love triangles and a potentially sinister conspiracy.

For Brie, ordinary life provides the perfect elements for great comedy to flourish. She considers, “Jeff and I like to take characters and put them in uncomfortable and awkward situations. It’s about finding the comedy in these very true human moments, and never just playing something for comedy. We’re not trying to write jokes – we’re trying to get to the heart of who these characters are and what they really want. We both have a desire to take risks with our work and make something that might not be what people are used to watching – that’s the excitement of indie film making.” 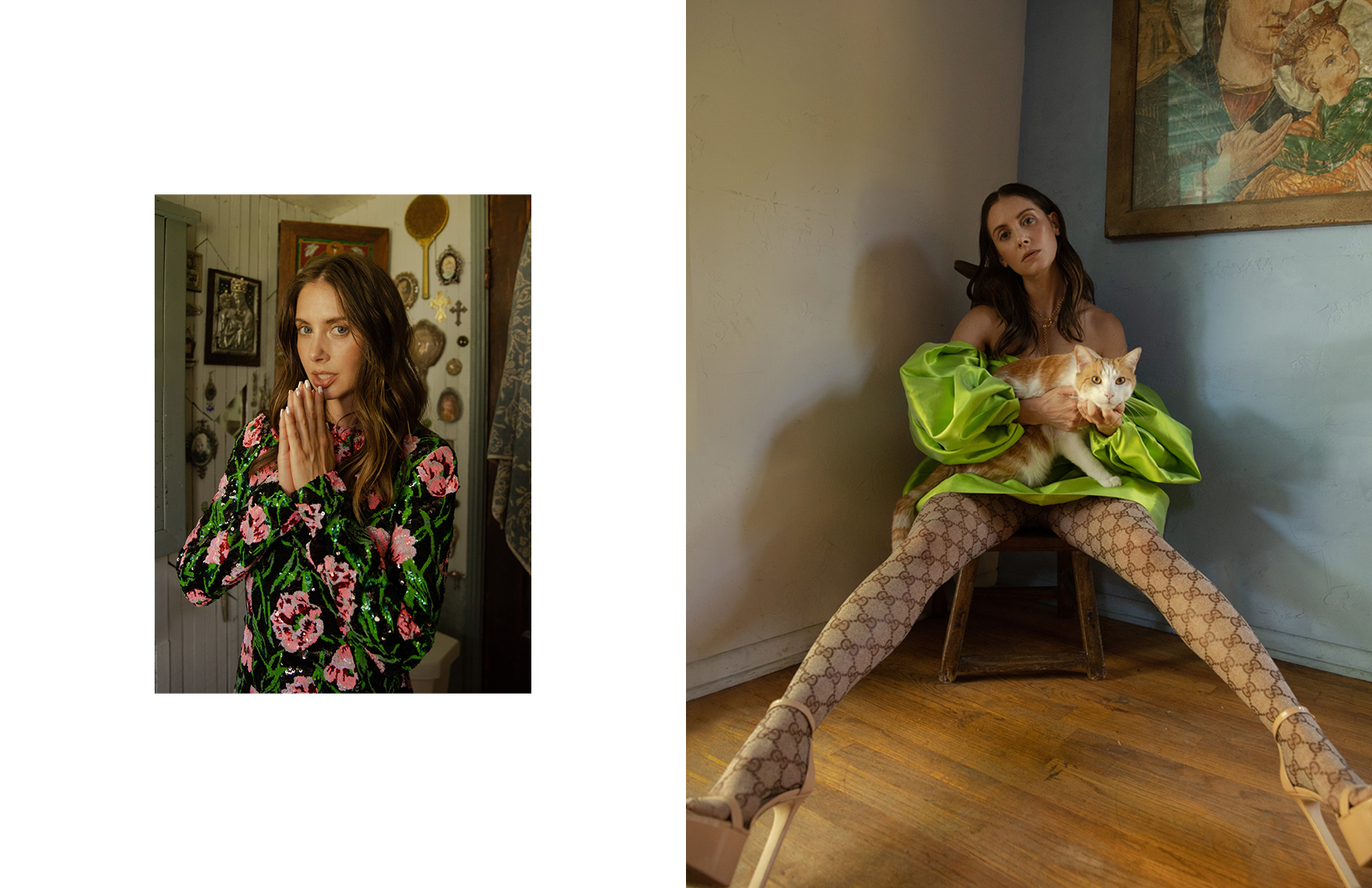 Having previously collaborated on other projects including Horse Girl and The Little Hours, Brie and Baena have established a formidable working relationship. “We have a very similar sensibility and sense of humour…. We share stories with each other about our lives which then form the basis of each scene. As we’re figuring out who the characters are and charting the trajectory of the movie, we’re constantly infusing the script with personal stories that we remember as we’re writing.”

Together, they’ve inadvertently forged their own acting troupe, often recasting the same tight knit group of actors including Aubrey Plaza, Fred Armisen and Molly Shannon for their projects. “It really has become the Jeff Baena acting troupe! I love that he has the same cast of actors come together again and again but always playing different characters. It feels like a repertory theatre… It’s such a joy to come back.” 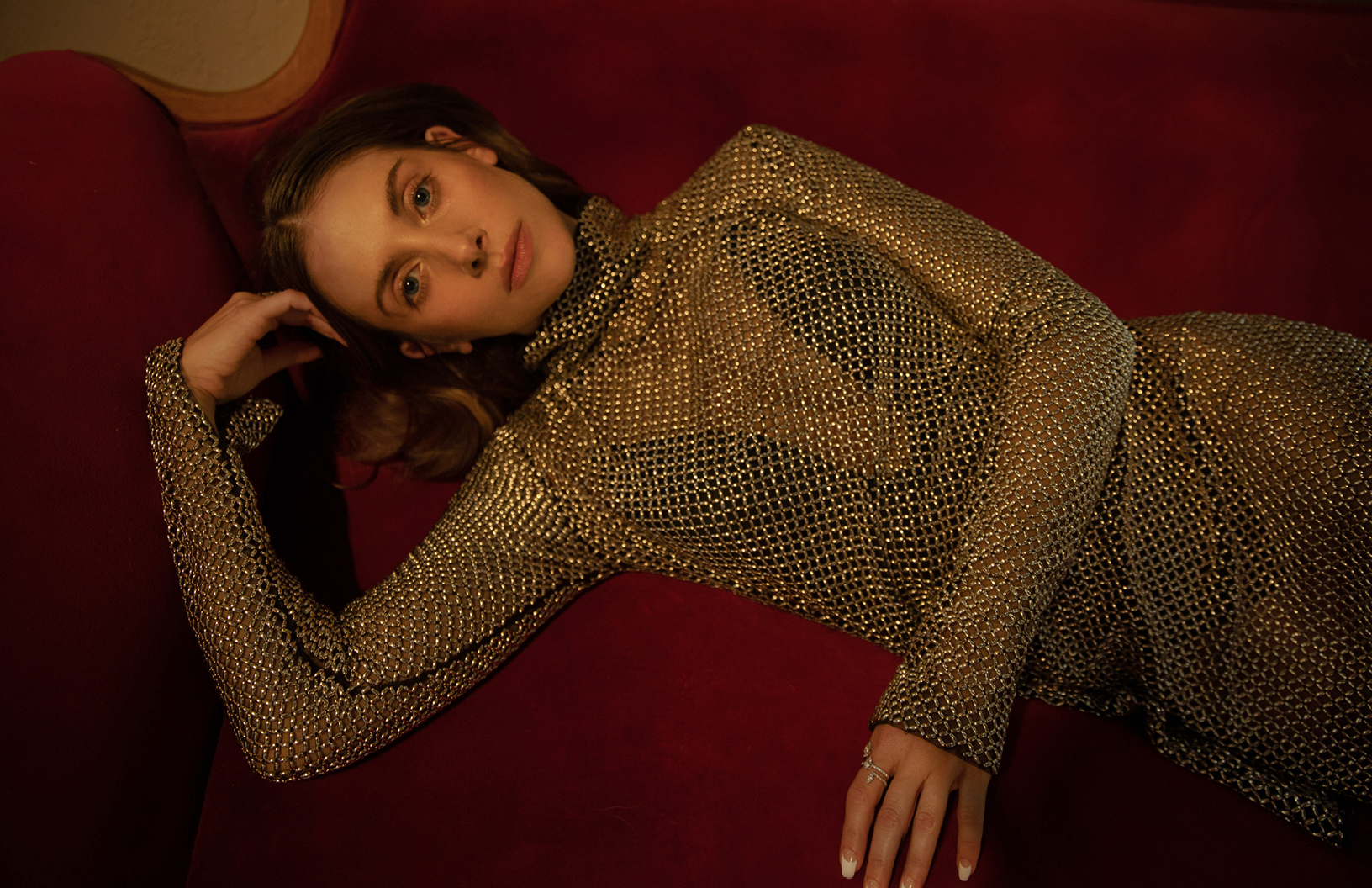 For Brie working with such a close group also allows for greater risk taking. She enthuses, “When people know how each other works and they trust that they’re being guided in the right direction, they feel free to make big choices and take some risks with their performance.”

While their previous films have been heavily improvised – Horse Girl had just a 35-page outline – the pandemic provided an opportunity for Brie and Baena to take a different approach and fully script Spin Me Round. However, maintaining that same level of spontaneity was still a priority. “For me, it’s fun to be able to discover things on set, that’s the magic of improv… But with a group of really talented actors, there’s still that element of spontaneity and excitement even when it’s scripted.” The challenge of script writing allowed Brie to explore different avenues with less pressure. She considers, “I like the sense of discovery with trial and error where you can go down roads and see what’s working or not.”

Writing also gave her a nine-month head start on character prep before filming. “I crafted the character from the ground up, so I knew her intimately by the time I got to play her. But while on location shooting, my day-to-day preparation as an actor remains the same… I still want to go back and ask the questions that I would ask as an actor.” 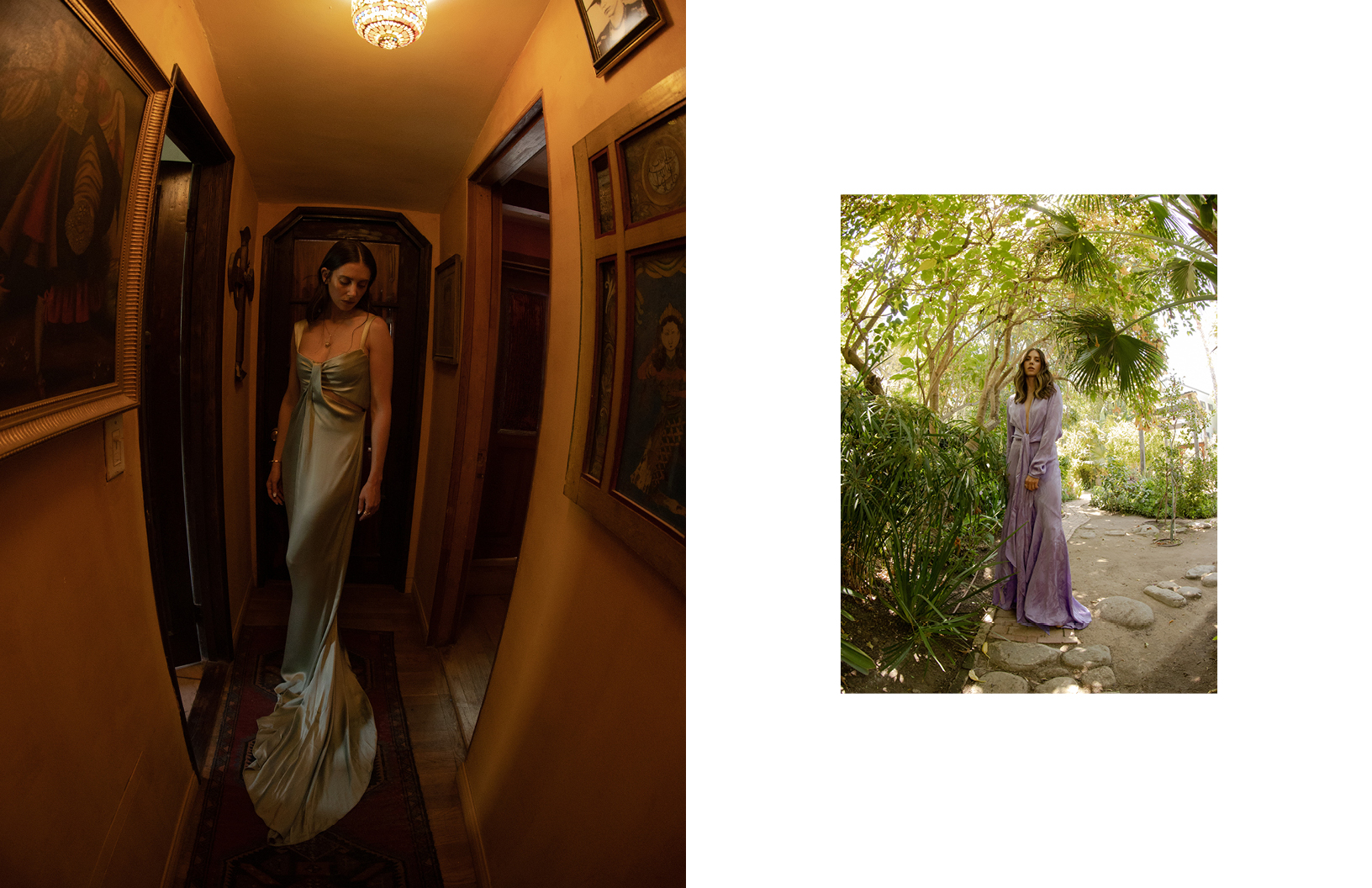 Reflecting on her own experiences in Hollywood while developing the film’s male romantic lead enabled her to hold a mirror up to some of the more unsavoury male figures. She considers, “There’s a type of man who believes that it’s not enough to just sleep with women…They really do feel like someone is falling in love with them, even when they know that they’re not committed to the situation. For me, that’s a horrible offense!”

The challenge of creating Spin Me Round, also helped on another upcoming film project, Someone I Used to Know, which she co-wrote with her husband Dave Franco. She admits, “It was the most enjoyable experience I’ve ever had on set – it’s true! A lot of people were very sceptical about it. We had even spoken to husbands and wives who had worked together before, but I trust him so implicitly. Dave and I are on the same wavelength when it comes to the way we approach work.” 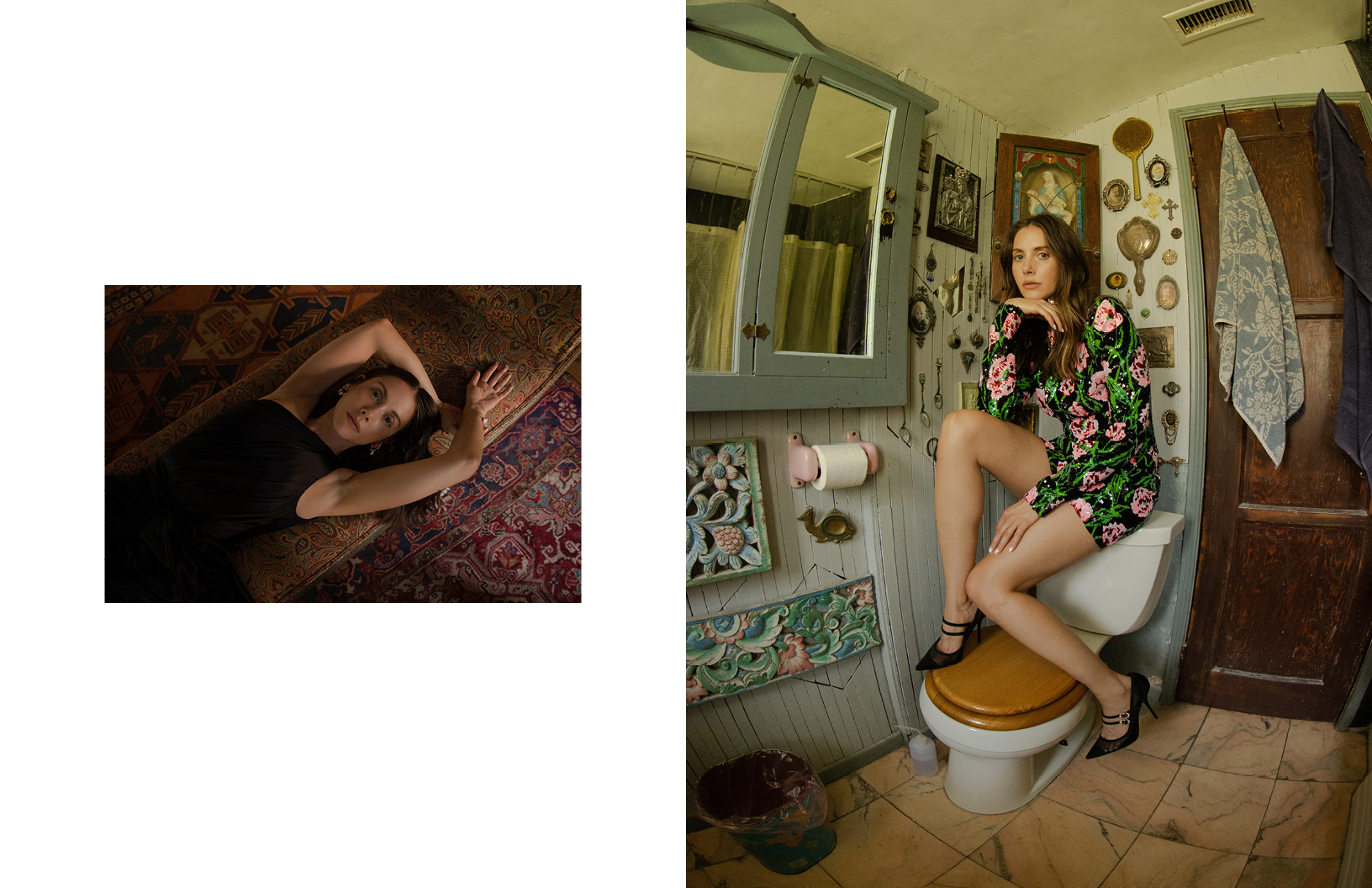 With talk of a possible Community reunion, she’s also not ruling out the possibility of a film. She teases, “I truly don’t know if it will happen, but people are talking about it! For the most part, I think we would all be excited to do it… I never like speculating about the Community plot because Dan Harmen is such a genius… But how could we not address the Annie and Jeff situation!”

As Brie continues to explore the creative avenues that acting and writing provide, she’s not letting herself get in a spin. 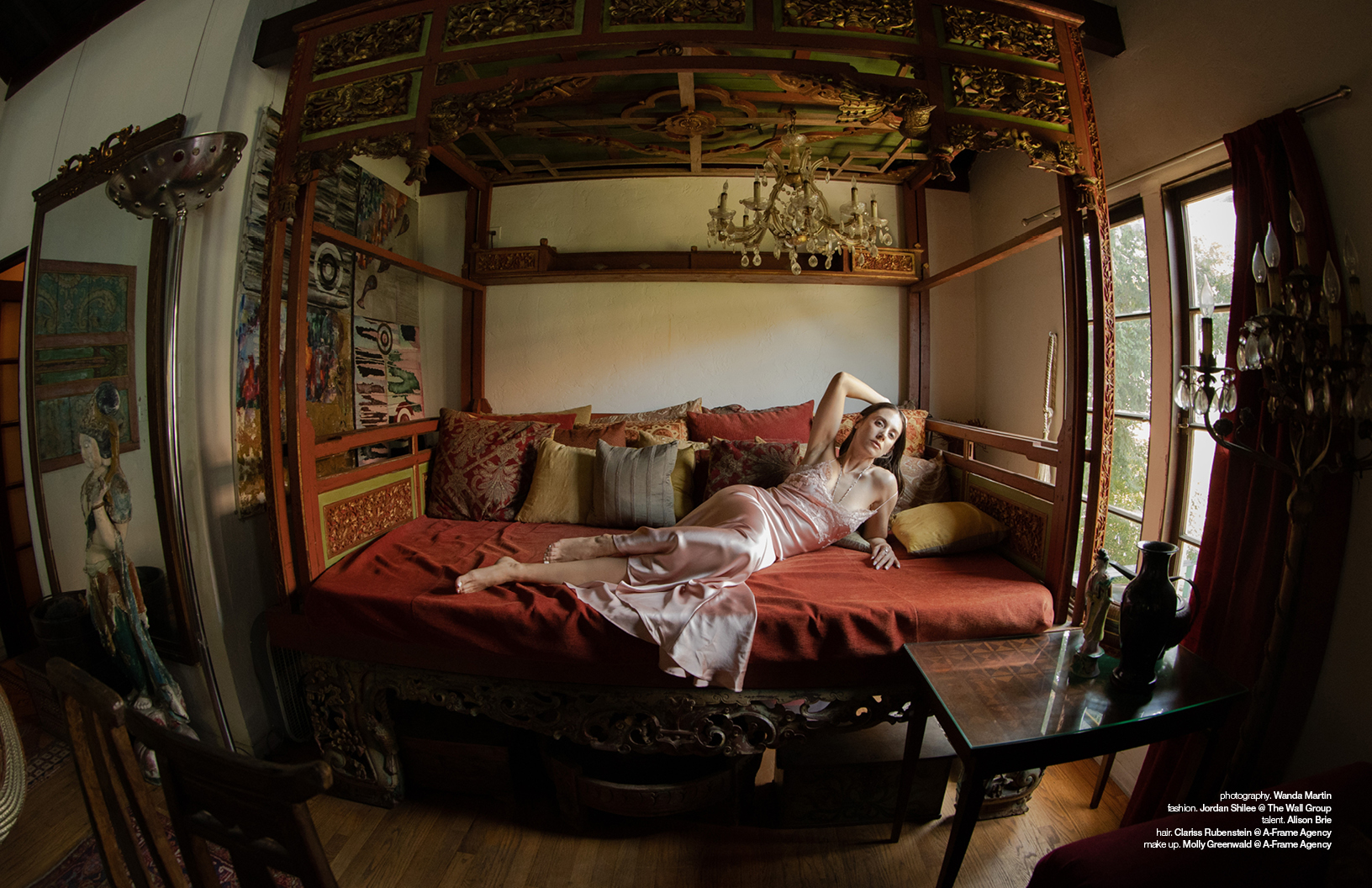 Spin Me Round is out now.