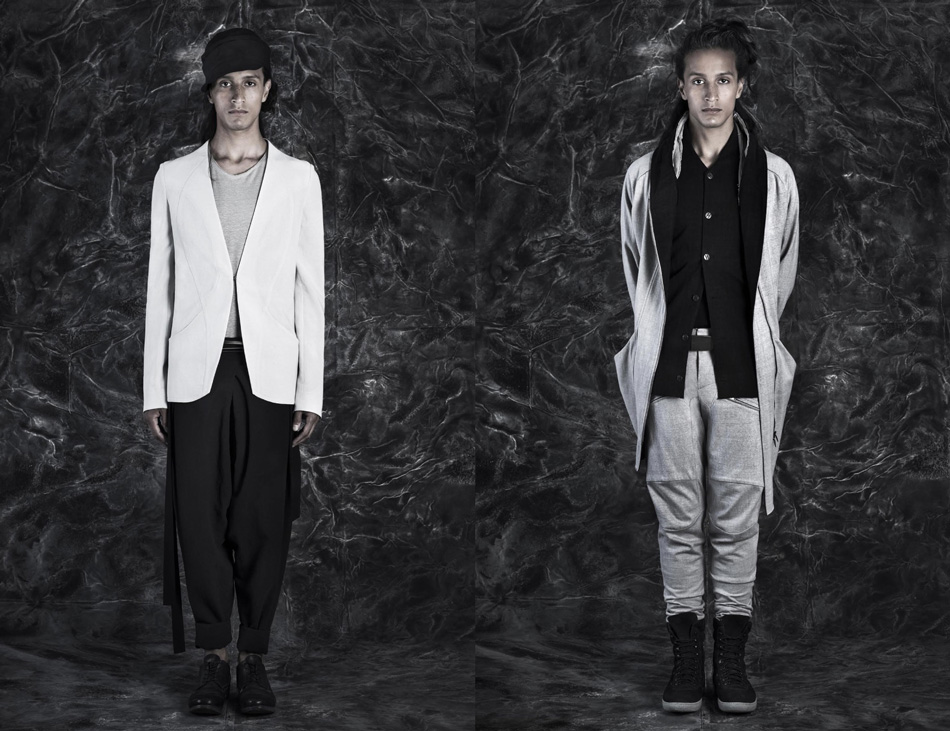 InAisce goes back to basics in its Spring/Summer 2014 Collection. Instead of undulating draping shown in previous seasons, this collection primarily focuses on what the brand is best known for: streamlined silhouettes. InAisce’s main designer, Jona, sticks to timeless blacks, parchment whites, and silver greys to construct this elegant assortment of menswear. 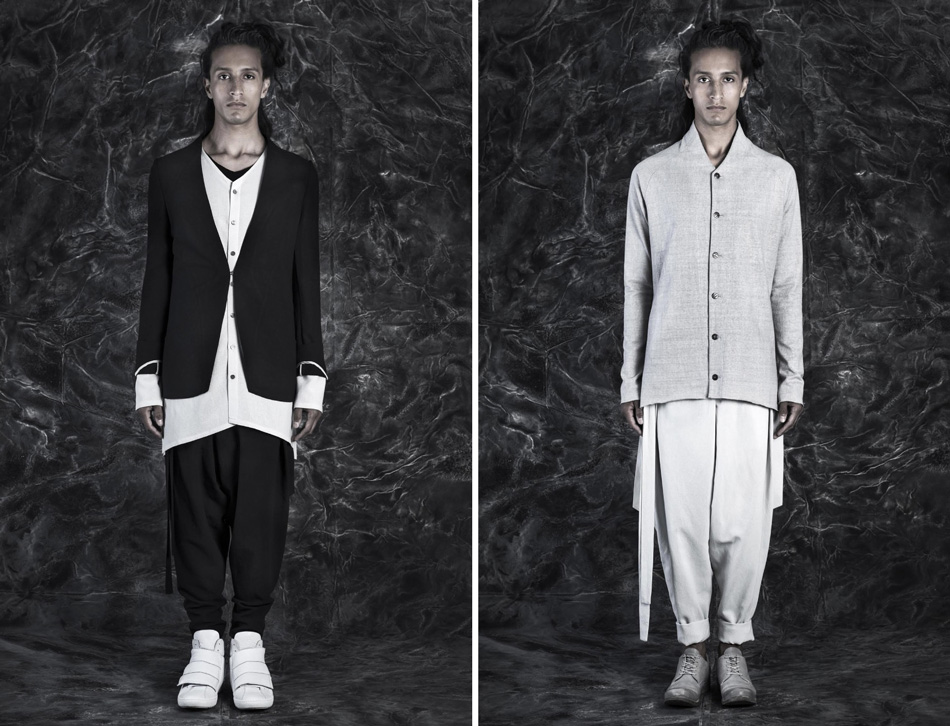 Established in 2010 in New York City, InAisce speaks of medieval Japanese legends seamlessly intertwined with modern, minimalist visions. This season contains tailored jackets and vests that are easily fastened with one hook, in addition to sophisticated tunics. Light knitwear is included, along with one midnight black, asymmetrical sweater with large pockets and an impressive hood. No matter how discrete, Jona’s garments always evoke mystical divinity. 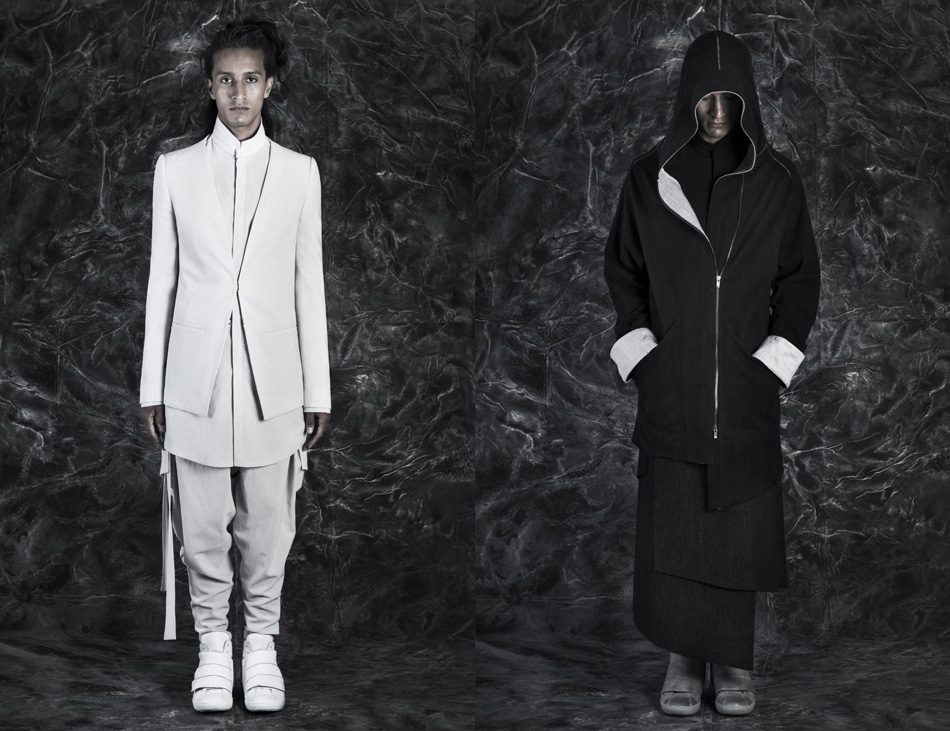 In junction with InAisce, Jona recently launched a new luxury footwear brand called Aethm. The mark blends quiet vigour with the refinement that is InAisce’s trademark. The soft and lightweight nature of the shoes brings a sense of athleticism and cosiness to the clothing brand, bringing the line more into the realm of ready-to-wear. The Spring/Summer 2014 collection, incorporating Aethm, naturally adapts into the closet of anyone with a love for comfort and class.

“Bringing this footwear to life has been a year-long labour of love. My aim was to engineer shoes for people who are just as at home trekking the Andes as they are the urban canyons of Tokyo, New York, Hong Kong…” says Jona. 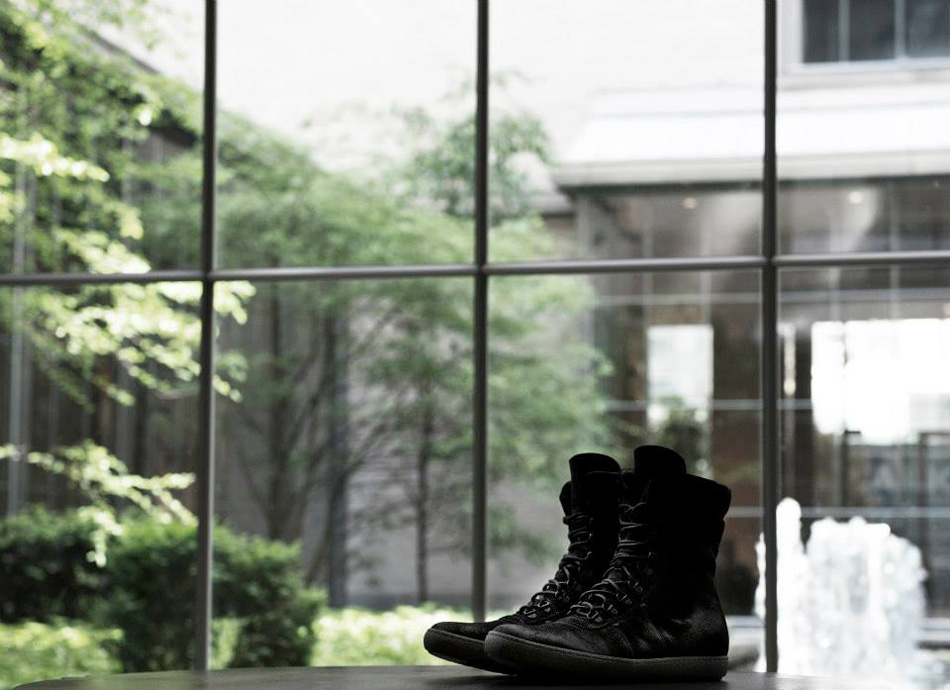 Almost crafted as modest moon boots, the shoes were meant to go beyond worldly elements. Needless to say, we at Schön are over the moon with this fresh, earth defying footwear.

Aethm (æːðm), from the Old English æþm, means breath, or figuratively soul. The term is similar to the Sanskrit (आत्मन्) , or Atman (the self). Aethm is handcrafted in Italy.