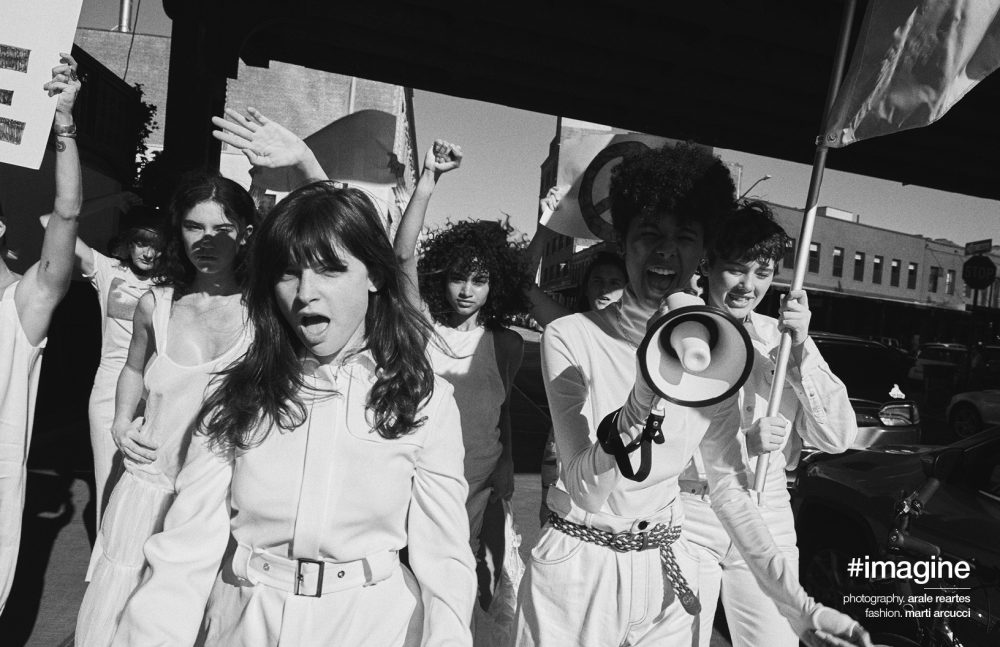 In the past two years, our political structures have given rise to an unprecedented number of social upheaval and protests that are taking place across the globe. From war zones to street rallies and sports stadiums and award shows, protests for numerous causes have gained universal recognition. The 2017 Women’s March drew approximately 5 million participants worldwide. Two million protestors partook in the March for our Lives rallies across the United States, hundreds of thousands of which were students. This pro-gun control rally was one of the largest expressions of popular opposition in the modern era.

In addition, there have been protests about immigration, scientific advancement, gender equality, climate change, police brutality, looming dictatorships, #MeToo and #TimesUp, the list goes on. While each cause may be different, we all yearn for common things: justice, equality, and perhaps most importantly – peace. In this exclusive editorial for Schön!, photographer Arale Reartes and producer Sheri Chiu capture real activists who share their stories below. 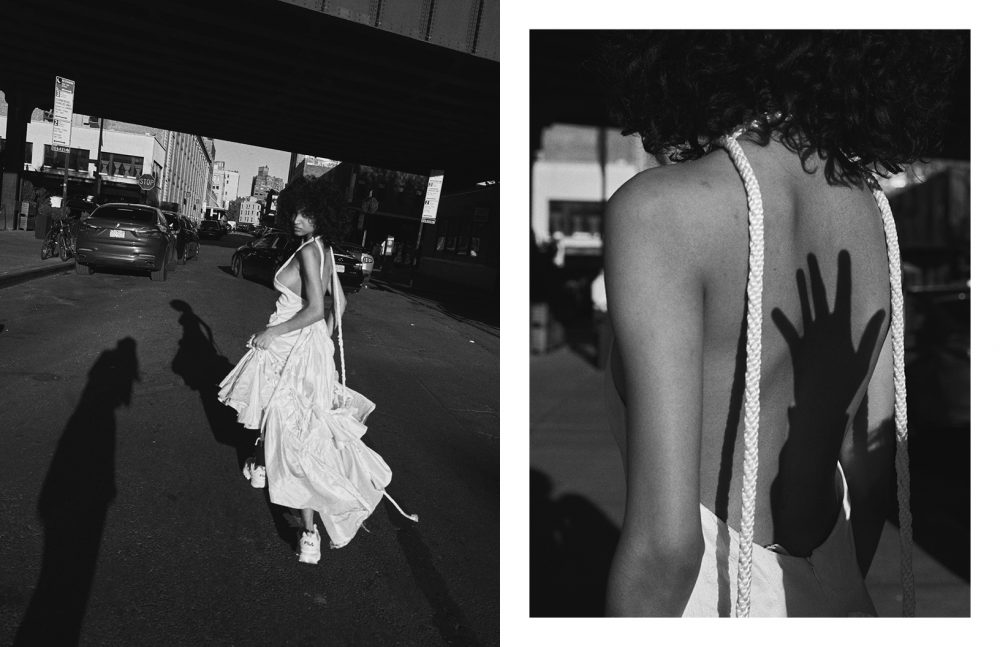 “As someone who went to an all girls’ school for high school, I realized that women’s abilities to decide when, how, with whom, and if they become pregnant is such a large determining factor for a career and the ability to have social mobility,” explains activist and model Paris Sanders. The 21-year-old Los Angeles native is intimately involved with the Planned Parenthood Federation of America. She elaborates that reproductive freedoms for women and trans-people are very important for them to self-determine and create their own lives.

“In so many ways,” she continues, “reproductive justice is economic justice. It’s educational justice. It’s justice to express and live the lives they feel are most fit for them. What is important right now is to make sure people elect reproductive rights friendly senators, congresspeople, especially with the mid-term elections happening in November. The easiest thing is sometimes the best thing and voting is something we all have access to.” Sanders is a recent graduate from Tufts University with a double major in philosophy and political science. She has her sights on practising law in the future, while still continuing her great efforts in advocacy work. 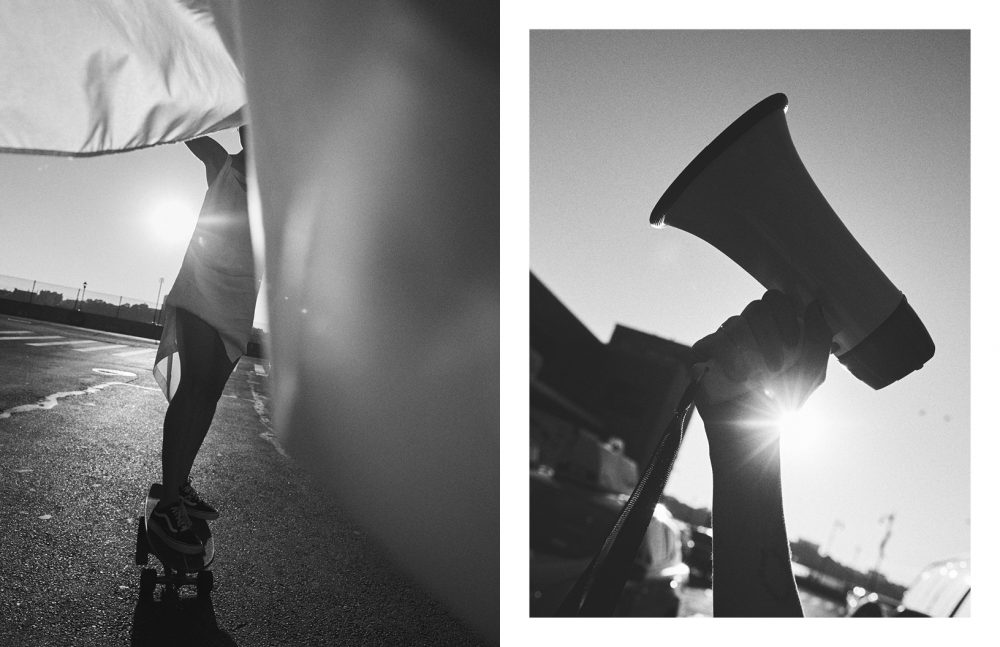 Activist, yoga instructor, and model Clair Wuestenberg is a member of the American Civil Liberties Union and the Surfrider Foundation. She believes in the collective consciousness and the importance of preserving our oceans. “I felt this need to do something bigger, something that was more impactful and felt that being a model was a great platform,” Wuestenberg describes. “I’ve chosen my career as a platform to bring a bigger conscious awareness to people. I’ve always been very attached to the ocean. Just being by it is where I feel the most peace and love. I find a lot of enjoyment out of protecting the ocean and that’s where it needs to start. You need to start with what makes you feel good.”

When asked what we can do to become more aware, Wuestenberg thinks that the best thing we can do is to take some time out of every day to check in with ourselves, because it is difficult to care about something that is seen as someone else’s problem. “When you’re more in tune with yourself, then you’re more aware of what’s going on around you,” she says. 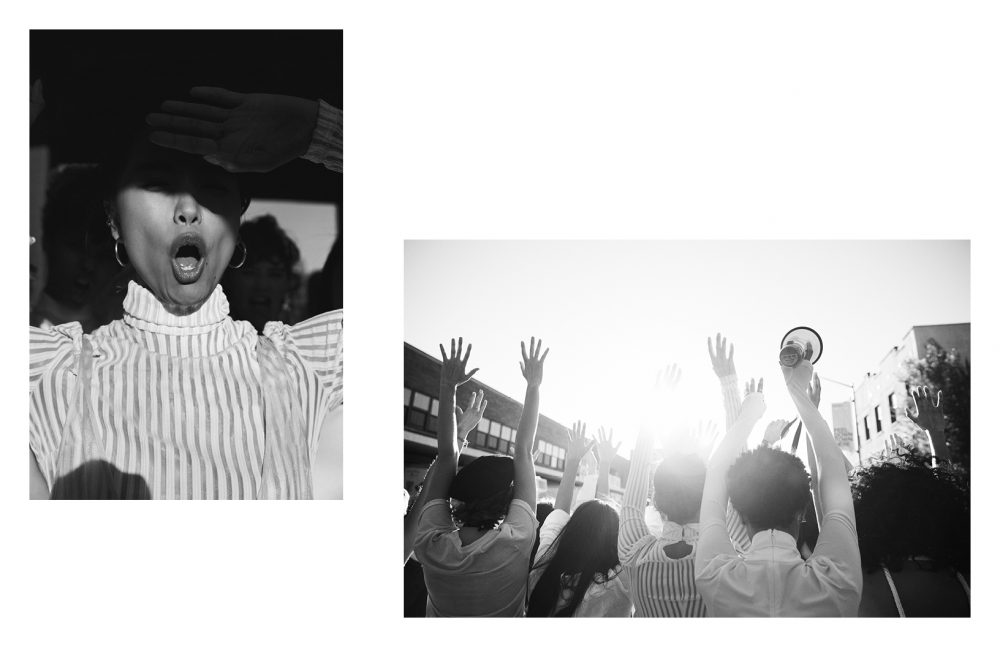 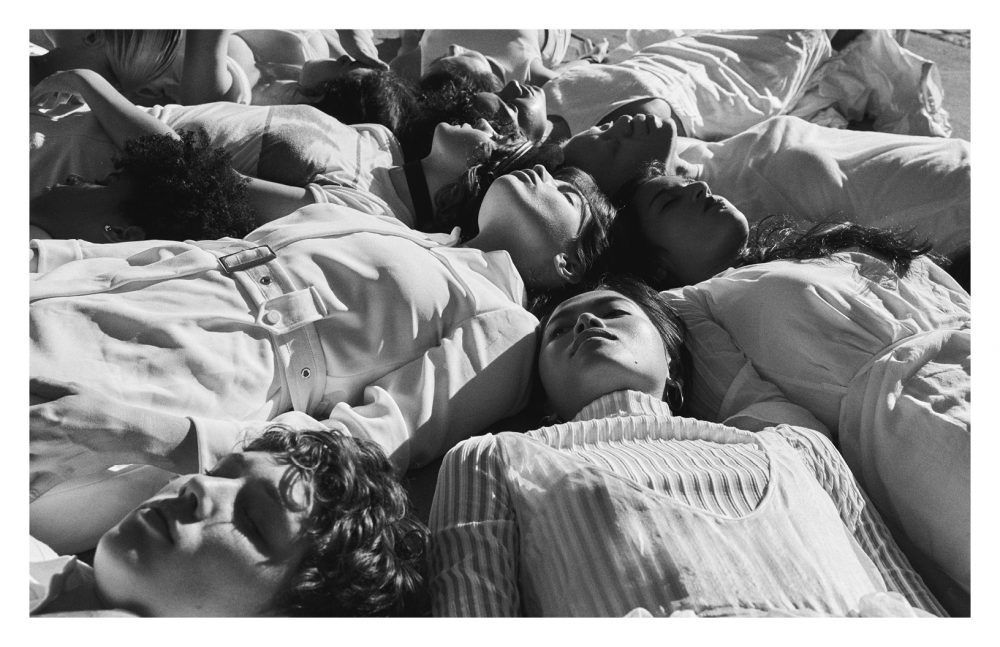 Gun reform is perhaps one of the most debated topics in the United States, and only picking up more momentum with teenagers leading the conversation after the Stoneman Douglas High School shooting in February of this year. Zarina Iman, Program Director of Youth Over Guns and member of Justice League NYC is an 18-year-old activist who advocates against gun violence, specifically the violence that affects communities of colour.

“A lot of the discussion around gun violence that’s been happening recently has occurred due to the Parkland shooting, a mainly white school, which is not a problem, but it got much more coverage than other cases,” Iman expresses. “We try to focus on the cases that aren’t covered as widely.”

“While there are protests and that may be a direct way to help, a lot of it is supporting local grassroots organizations,” Iman elaborates. “Just show up and advocate for the things you believe in, on whatever platform you have. This could even mean buying a t-shirt from an organization or showing up to a rally.” Iman has started her first year at the University of Pennsylvania and aims to study history and public policy. 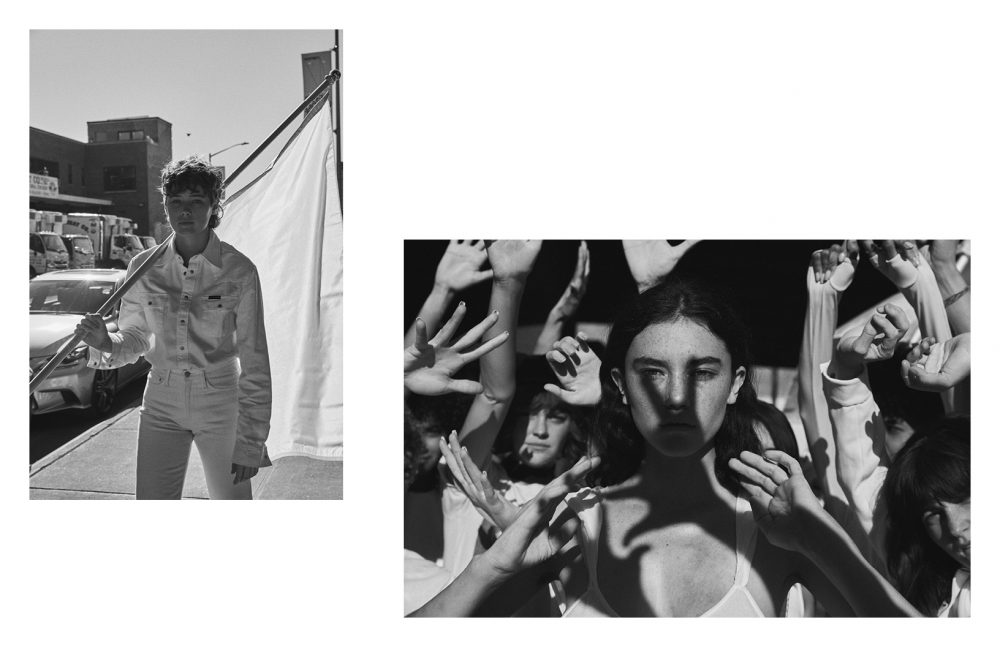 Annabelle Weatherly of Maplewood, New Jersey is fighting against the SESTA and FOSTA bill. “On paper, it says it’s against sex trafficking, but really it’s an Internet policing issue,” Weatherly declares. “The website back page where escorts screen their clients is taken down. This is an attack on women and their ability to be autonomous, especially to those who don’t have other options. These people either have to be out on the street, or rely on pimps.”

“For these workers, this is their full-time thing, this is what they rely on,” the 23-year-old model and activist continues. “Some are trying to pay off student loans. Some don’t have access to the privileges that others have. At the organization Lysistrata, we try to raise bail money for people who have been jailed for prostitution. In one art gallery that was hosting a fundraiser, the environment was super safe and sex-positive. They raised over $60,000.”

“The thing is, sex work is never going to not be happening,” Weatherly states. “It is literally one of the oldest professions. Instead of treating this as a taboo, we need to regulate the sex industry to make it safe for all workers involved. It’s all about female, men, and non-binary solidarity.” 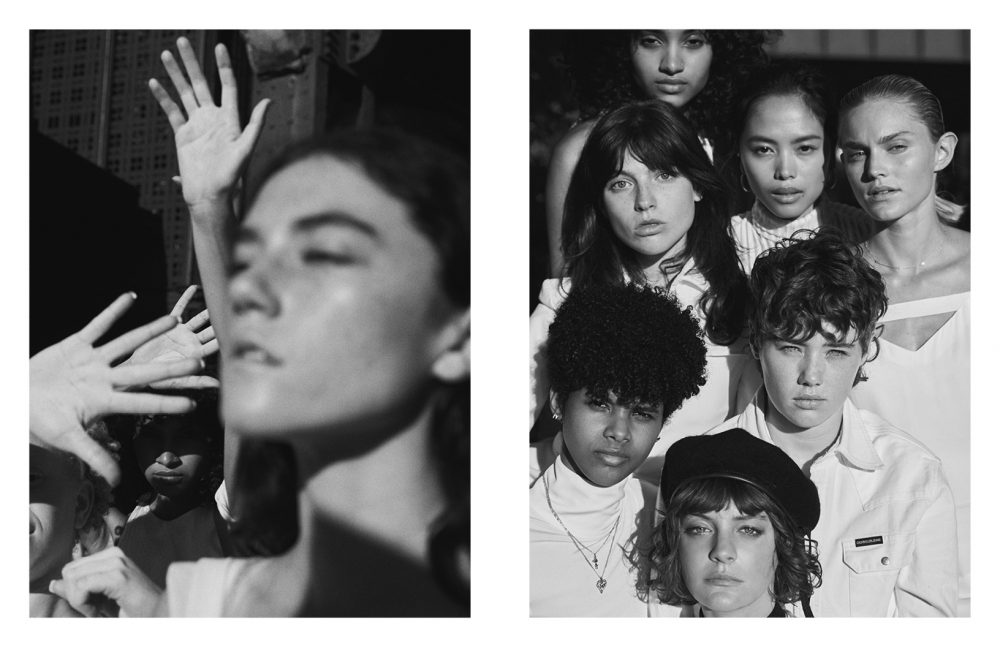 The very fact that there has been a surge in protests within the past years signifies that we, as a collective, truly care about the society we live in. The issues the youth are advocating for today will inevitably shape the future we live in. Now the question is, what will you stand for? 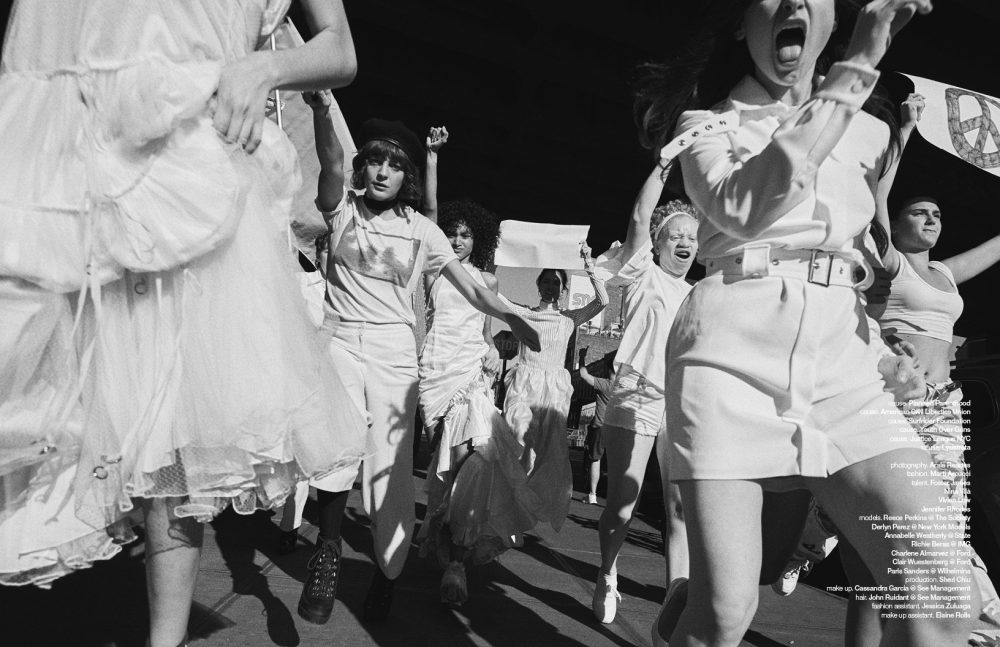