Harking from New York’s Harlem neighbourhood, artist JonOne – born John Andrew Perello – has been working on graffiti since he was 17. Now a Paris resident, he has a prolific thirty-year career behind him, during which he redefined graffiti art. After moving to the French capital in 1987, he became part of the frontrunners in the street-art genre, breaking down frontiers and borders. Fast-forward to 2017, JonOne has become a hallmark in the craft, with countless shows under his belt – spanning the globe entirely – and counts a Thalys and a Boeing 777 among his portfolio of designs. 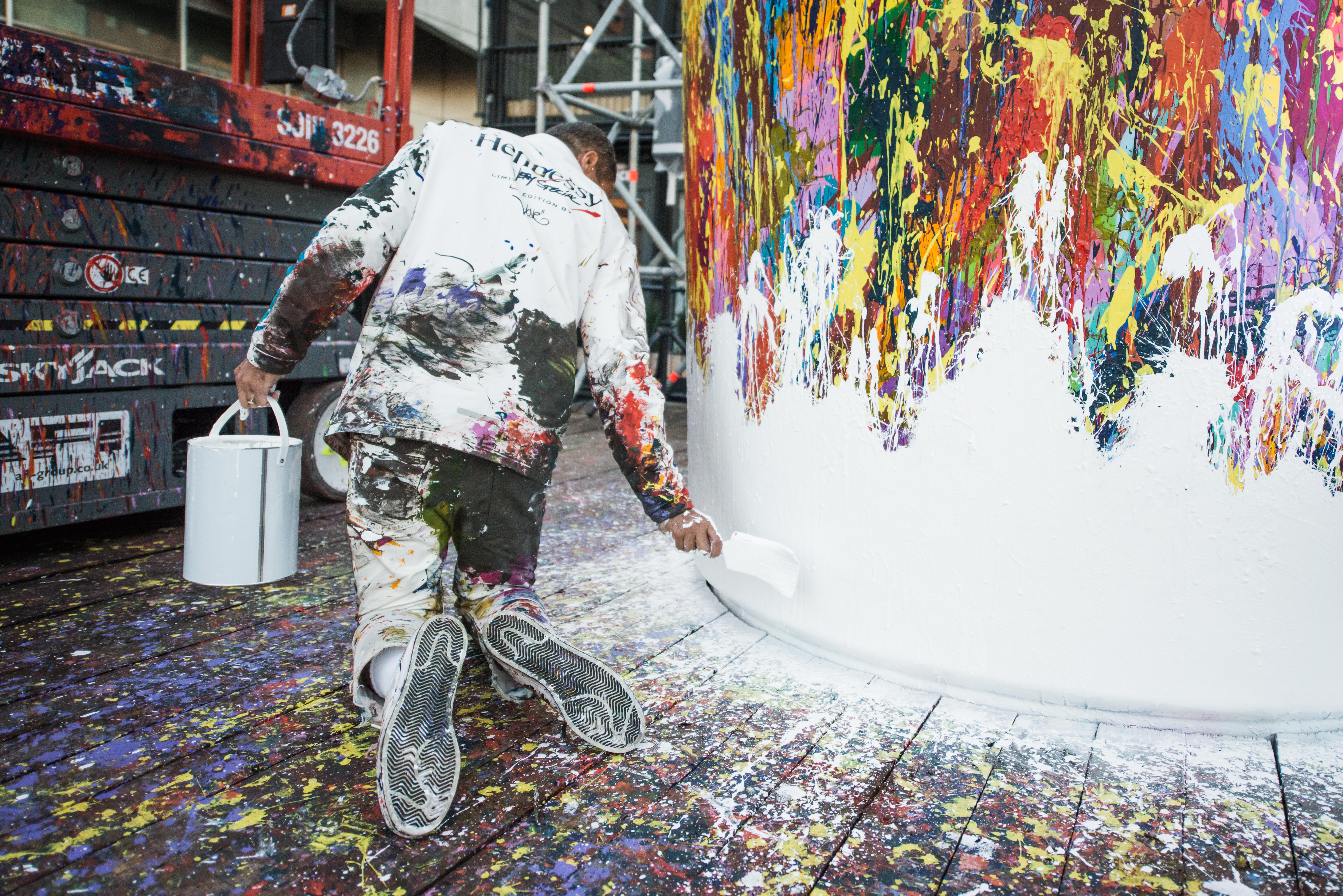 Above all, JonOne has come to define the practice of graffiti as a street-based medium, where the space of the city acts as a canvas for the art created in situ. This month, bringing his iconic style to London, JonOne painted a 6-metre high Hennessy Very Special Limited Edition bottle for an audience of locals, passers-by and street-art aficionados, over two days at Shoreditch’s Box Park.

The Hennessy Very Special Limited Edition bottle, designed by JonOne – which is available exclusively at Selfridges – displays signature accumulations of colour, as a bold palette of splashes layer up to create a one-off design. Unique in its blending as well as its identity, Hennessy joined forces with JonOne as part of a heritage of collaborations with urban artists, a list which includes Scott Campbell, Ryan McGinness and Futura. 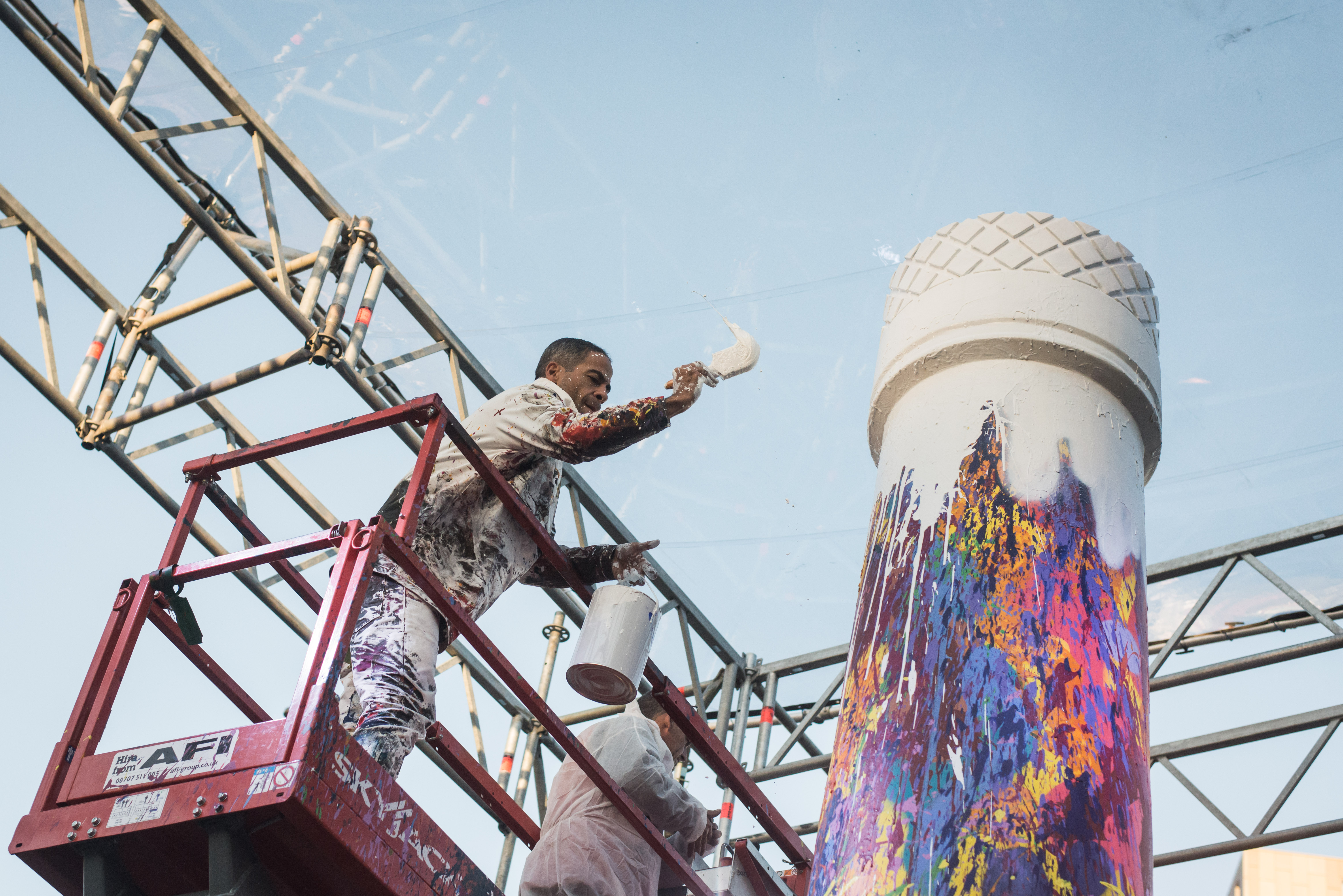 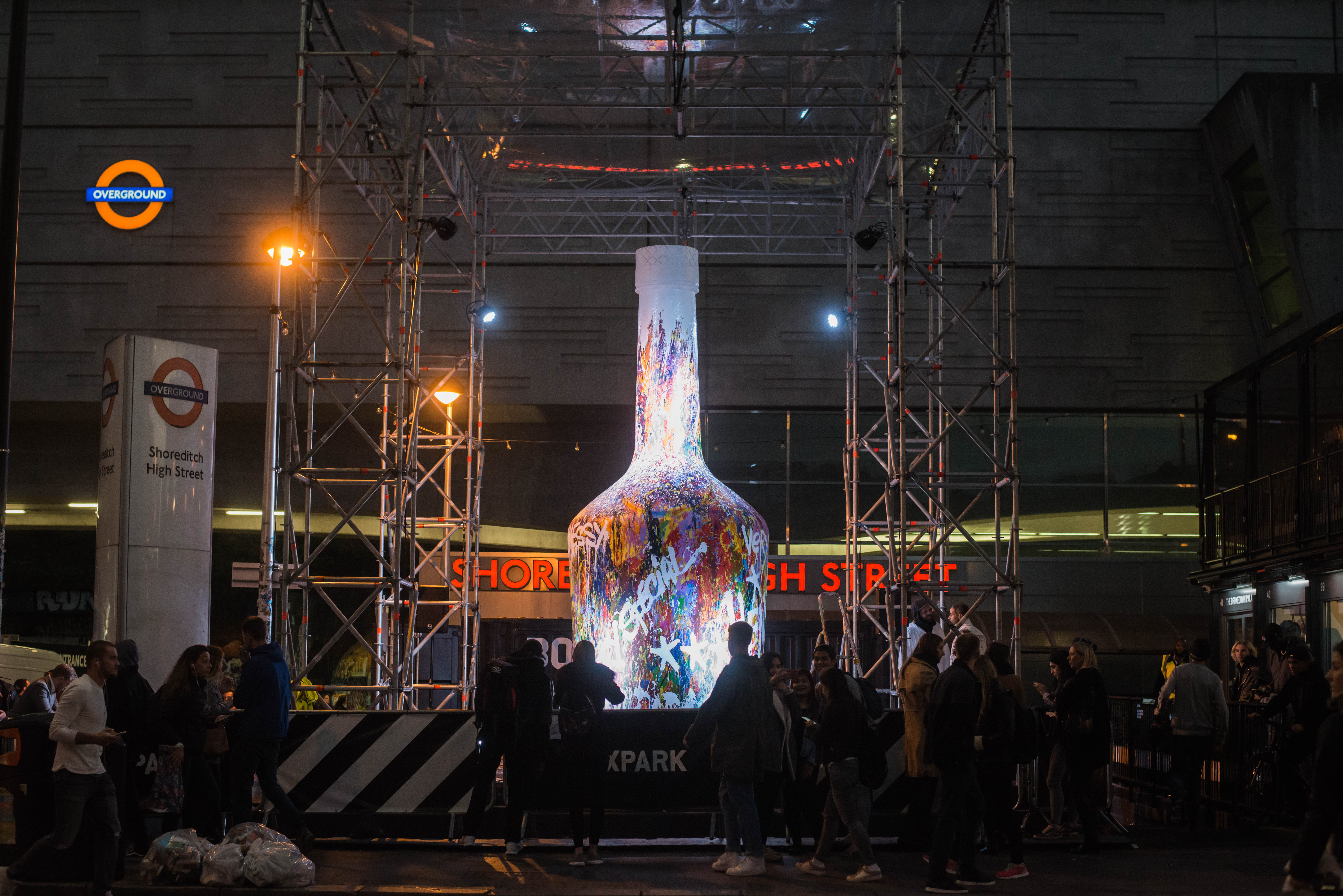 A unique expression of only the best and most distinctive eaux-de-vie, Hennessy Very Special’s audacious personality is reflected in JonOne’s design. The parallels between the philosophy behind the creations of JonOne and Hennessy’s approach to crafting excellence are countless. Notably bringing colour to the mix, JonOne expressed the intensity and life contained in the uniqueness of Hennessy Very Special. And, just as JonOne produces energy through incomparable blends of colour, so does Hennessy craft special moments with its Very Special Limited Edition series. 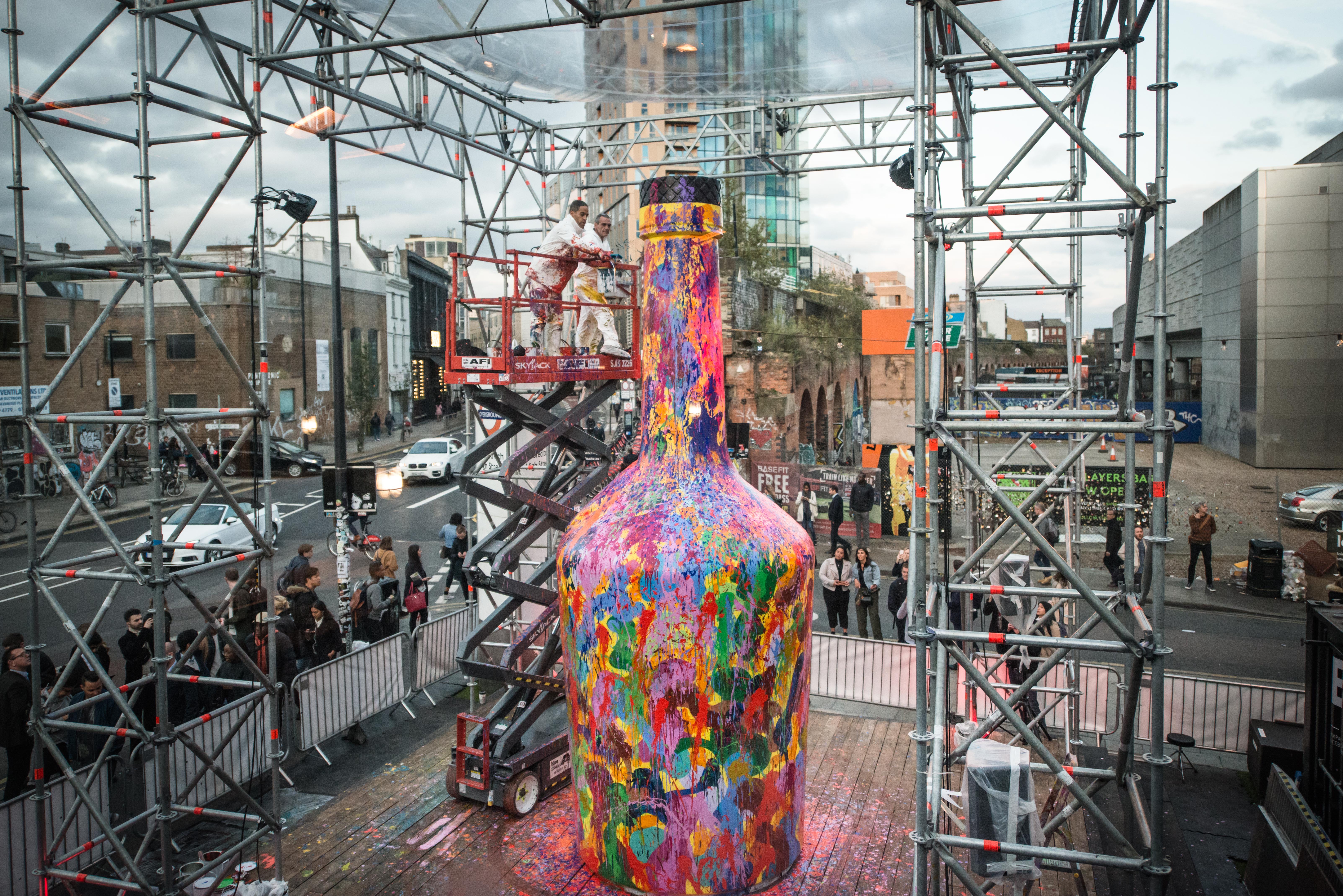