In 2004, photographer Sebastião Salgado started the Genesis project, striving to show the untarnished face of nature and humanity. Genesis comprises of a series of landscape and wildlife photographs, as well as photos of human communities that still live in tune with their ancestral traditions and values. 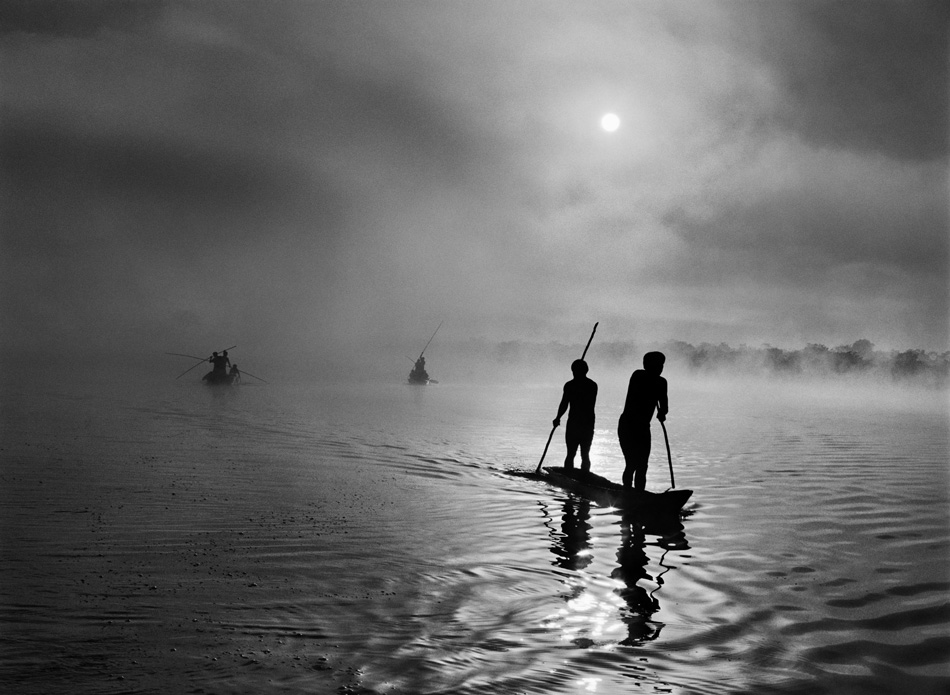 The series of 245 photographs on display is a pursuit for our world’s origins, a world untouched by modernity. This exposition showcases vast landscapes, wild animals, and people that have broken away from the modern world. Genesis is the result of eight years of work and around thirty voyages across the world. It pays tribute to the immense, isolated areas where nature, complete and silent, still reigns in all its magnificence.

Genesis is separated into five geographical sections. The debut of the exhibition brings us to The Amazon and the Pantanal, one of the largest wetlands in Brazil. In Salgado’s highly contrasted black and white images, every detail is burned into the print. We see every scale on the crocodile’s back, and each feather of the green macaws trapped in time. Moreover, Salgado captures intimate portraits of the indigenous groups he crosses. There are photos of women from the Zo’é village wearing a poturu, the wooden plug that pierces and protrudes from the bottom lip. He captures them, completely nude, in their own homes made of leaves.

The second section of the exhibition is titled The South of the Planet, which explores several regions near the Arctic Peninsula. Glacier-capped mountains and lonely islands brim with dancing penguins and elephant seals. Salgado’s composition of the huddles of penguins in their arctic playground makes a beautiful ballad between animal and nature. Clouds of vapour and mist surround the atmosphere, making these mysterious locations even more isolated than they already are. A series of extraordinary landscape photos of icy cliffs lure the observer down the hall to face an enormous tail of a whale. We only capture a glimpse of the extraordinary creature; the rest of it belongs to the icy waters. 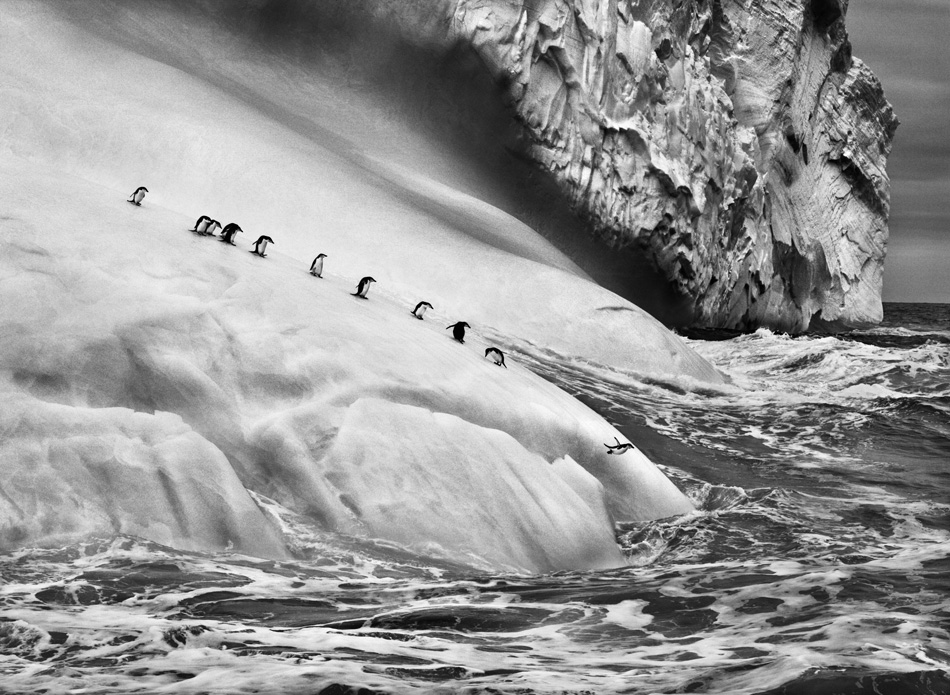 Taking a set of stairs one flight up, we’re in The North of the Planet. Salgado invites us to the high ridges of Canada, the Grand Canyon in USA, and the Nenet people with their reindeers Siberia. The walls in this room are grey, which increases the contrast of the black and white photos. As a result, the dark rivers trickling between the majestic, mountainous landscapes are highly accentuated, leaving the viewer in awe.

In the next room, we set our sights on the tropical forests of Africa. The walls are painted crimson red, making a dramatic template for the images. A leopard slinks out of the lush vegetation of Namibia and just a few frames away, an elephant soaks the suns’ rays in Zambia. Salgado visited a village in Ethiopia and photographs the villagers with scars in the form of tribal patterns.

The fifth and final geographical section is titled Sanctuaries. Taken in the Galapagos, Ecuador, Indonesia, and Papa New Guinea, the photographs remind us of how precious this world is. Bats are captured mid-flight through a thicket of branches. The Korowai people of Indonesia cook wild boar. Some are seen relaxing in their tree houses. Salgado manages to seize the most familiar moments of people disconnected from today’s world. The photographer has taken the rarity of this earth to share it with us.

Together the animals and people of Genesis form an astonishing mosaic where nature’s brilliance truly radiates. The exhibition is a dedication to the delicate planet we must protect.

“Genesis” by Sebastião Salgado is at Maison Européenne de la Photographie in Paris, France from now until January 5, 2014. For more info click here.